...so much of the game sounds good on paper, but in execution, it falls so far short that it left me feeling angry rather than satisfying either the Final Fantasy and fighting game fan in me. 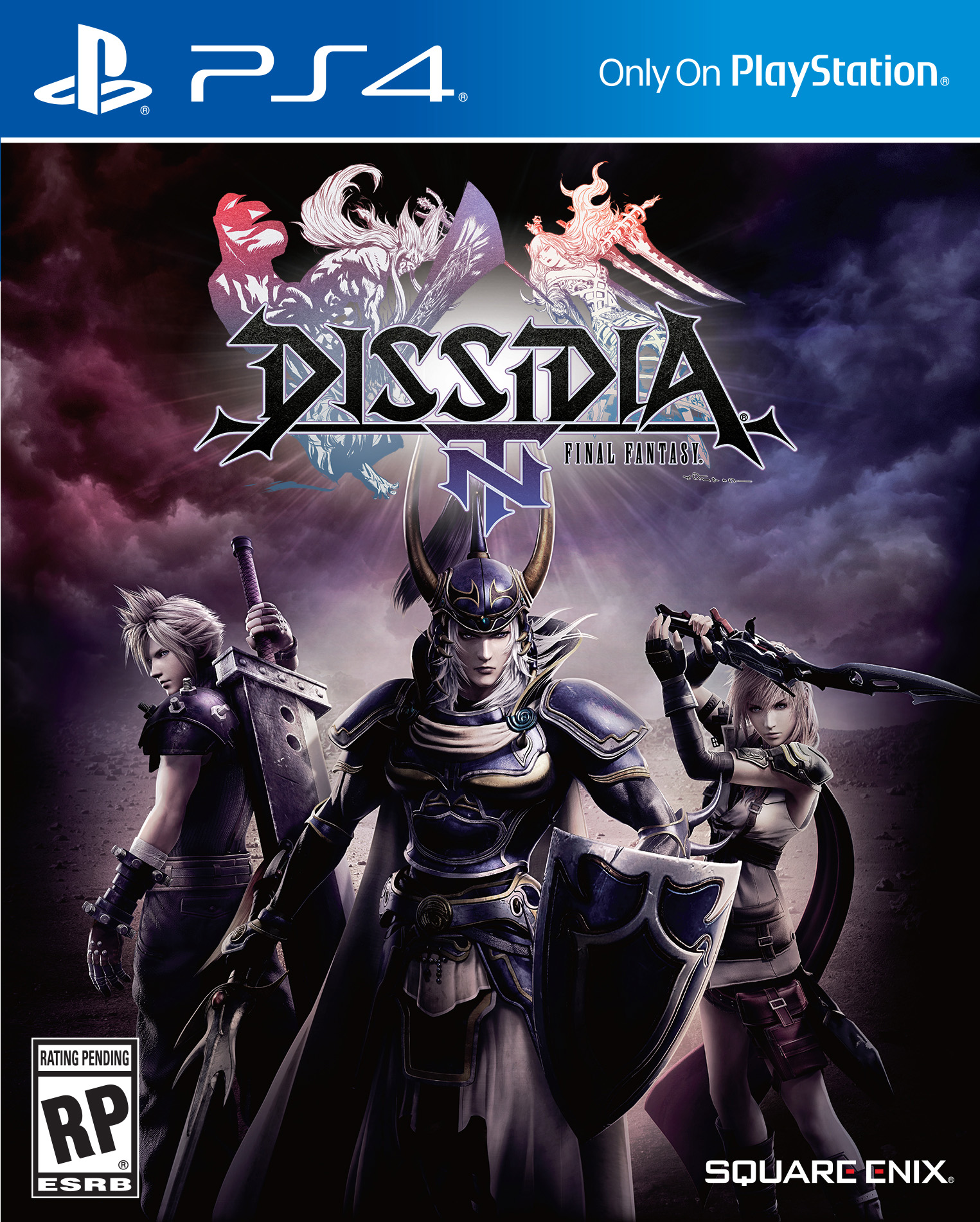 I’ve been pretty excited for Dissidia Final Fantasy NT since its coin-op iteration hit Japanese arcades back in 2015. Yet, after playing the recent beta, I had my doubts about the full game; it was so different to the first two Dissidia games that I loved and poured endless amounts of time into. Going into the full game, I was prepared to accept Square Enix’s new direction and ready to embrace the changes. Sadly, 20 hours of Dissidia NT hasn’t convinced me that change is all good. I know it’s trying to break away from the previous games, and I’m aware that the game is aimed at competitive online play and the esports scene, but I grew up playing fighting games with friends so I’d like to think I know what feels like a good beat-em-up. While there are brief flashes of brilliance, this isn’t the Final Fantasy fighting game you dreamt of.

Taking place years after the first two games, Dissidia NT sees our favourite heroes and villains of Final Fantasy history called to arms by two new gods, Materia and Spiritus, in a mysterious unnamed world. The two groups must duke it out to find their way home and uncover the secrets of this strange world they find themselves in. Of course, the story isn’t that important, because we’re all in this to act out our Final Fantasy dream battles. With 28 characters ready to play as off the bat, there’s a nigh endless amount of unlikely combinations.

With such a varied roster of characters, you’d expect Dissidia NT to be fun to play, but most of the time it isn’t because battles are complete mess. Each of the fourteen stages is a huge, sprawling map in which it’s so easy to get lost; as you dash around trying to find your foes, a lot of the time you’ll be running through empty space. When you do get near the action, good luck being able to see anything at all. Dissidia NT’s obsession with loud explosions, flashy combos and bright lights is all too much, and when there are six characters on the battlefield at once, it’s nearly impossible to pinpoint your target. Then you add the Summons into the mix, which you can call upon in battle, to attack the enemy with huge neon laser-beams and scores of flames that cover the ground and obstruct your view. There’s too much going on at once to really get stuck into battle and understand what you’re doing.

Considering Dissidia NT is an enhanced port of a two-year-old arcade game, the graphics are stunning to look at. In particular, the character models are beautiful, and you can tell that a painstaking amount of time and effort has gone into modernised interpretations of each fighter, while largely staying true to their original designs. All of the stages also have the same amount of love poured into them, and looking at stages like Cornelia and The Floating Continent now would’ve seemed like a pipe dream 30 years ago when FFI and III first released. The sheer effort and care that’s gone into these designs brought back lots of memories for me, and it’s truly special seeing just how much attention to detail has gone into them.

Takahashi Ishimoto’s soundtrack also fuels the nostalgia, with many brand-new remixes for this title that turn up the heavy-metal and synth vibe to the max. I love so many of these new mixes, such as “Something to Protect” from FFIX, and “Fighting Fate” from FFXIII, just for being completely different from their original versions. For the most part, they’re perfect for this style of brawler, but Ishimoto’s original tracks are the true standouts, just like the PSP games. My personal favourite is “Explosion”, an orchestra-heavy track complete with vocals and a backing choir that acts as the perfect accompaniment to one of the many cinematic cutscenes in throughout the game. I wish he had more time to shine as a composer rather than arranging some already excellent material, and sometimes there’s only so much rock music I can deal with.

Getting into the meat of the game, Dissidia NT’s combat is simple on the surface, but requires hours of practice to master. I spent a lot of my time familiarising myself with Zidane, learning how to zip and dart around the battlefield, front-flipping towards my foes as I get ready to take them down, but after experimenting with much of the cast, all of them control sluggishly and combat feels very floaty. Attacks aren’t always immediate, and when they miss the player is a sitting duck for a few seconds. Dodging is equally awkward, as whenever you roll or step to one side your character will briefly stall. Dropping to the ground from mid-air seems to take an age, and many of the characters’ actions are delayed. I was caught out many a time in battle because I hadn’t adjusted to the game’s slower movement. For a game as fast and frantic as Dissidia NT purports to be, this feels incredibly odd. Even outside of battle, navigating your way through the game is a chore due to the sheer amount of menus it throws at you. There’s no easy way to gear up your characters for battle — instead you have to go through about four different menus before you can actually select your new weapon or outfit. It’s tedious, fiddly, and not worth the effort.

Where this game really suffers is in its single-player content. Dissidia NT is a game catered for online multiplayer, but there should be a healthy selection of offline campaigns to help you get used to your favourite characters and setups. There’s only so much Gauntlet Mode and Sparring I can take, which are two of just three single-player options. A particular sticking point for me is Story Mode, where you have to unlock panels by playing Gauntlet Mode over and over, almost defeating the object of its existence besides sheer fanservice. These panels are just cutscenes strung together with the occasional fight sequence, which can either be a normal 3v3 battle or a Summon battle. The latter sounds incredible, and was something I was genuinely excited to play, but after taking on these ethereal beasts time and time again, losing to ridiculously cheap attacks which obliterated my party in one hit, the shine very quickly wore off. Most of these were insanely difficult to beat if you weren’t using a character who prioritised magic, and to win your best bet was to spam the same move over and over again. That’s not how a competitive fighting game should work, even in a single-player match. These battles have been one of the most aggravating experiences I have played through in years.

Luckily the game’s online mode is very enjoyable, and you can tell this is where Dissidia NT wants to excel. I had a lot of fun matching up with player across the world, and while I was often on the losing team, those moments of victory were sweet. For the best result, join up with some friends online, grab some microphones and get ready to work together as a team, because this is where the game shines brightest. Yet, for all of those fleeting moments of enjoyment, Dissidia NT’s netcode is dreadful. For most online fights, I had to wait around five minutes to get into a battle, and many fights didn’t even take half that time. This is something that needs to be ironed out as soon as possible, or the game could lose its player base very quickly.

There were a few times where I genuinely enjoyed Dissidia Final Fantasy NT — the online mode can be great, the game looks amazing, and I loved getting to grips with new characters. But at the same time, I’ve never come away from a game feeling as vexed and frustrated as I did with this one. I kept pushing through battles trying to find something to hook onto, something that I’d really fall in love with. This makes Dissidia NT an exasperating experience; so much of the game sounds good on paper, but in execution, it falls so far short that it left me feeling angry rather than satisfying the Final Fantasy and fighting game fan in me. If Square Enix are serious about making this truly competitive in the world of esports, they’ve got a long way to go to make this an enjoyable romp. I’m keeping my hopes up, but I’ll be much more cautious if I return to battle.

Gorgeous looking locations and character models, most music is great, online is good when it works, Zidane's fluffy tail.

Weak single-player content, controls are awkward and floaty, online wait times are absurd, everything is too chaotic, menus are everywhere.

With a little bit more polish, Dissidia Final Fantasy NT could be great, but as it is now it's a huge disappointment.