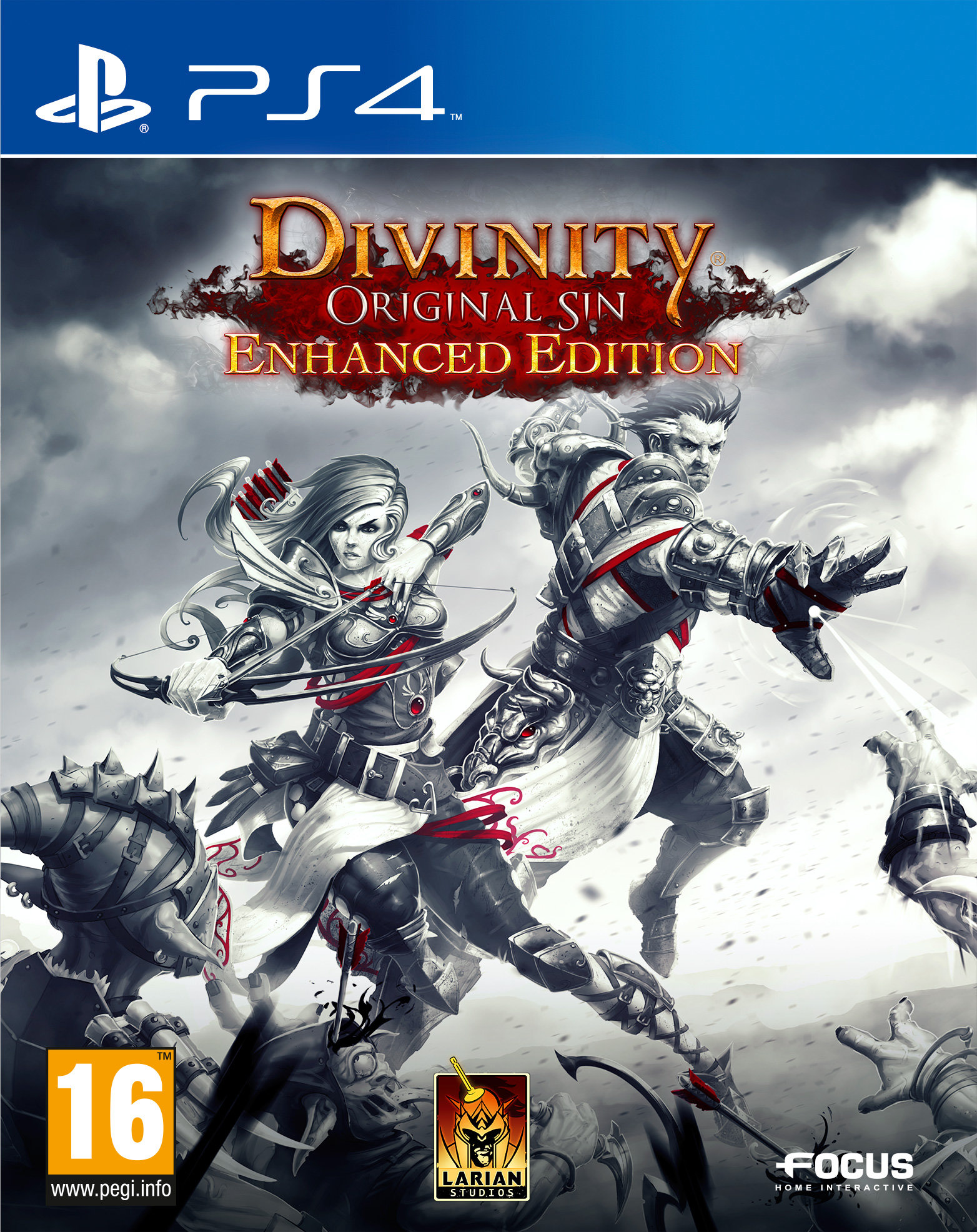 I had a whole mess of warm feelings for the original PC release of Divinity: Original Sin last year. Despite having more than its fair share of foibles and funkiness, it was an overwhelmingly entertaining RPG and one of the best co-op experiences around. The fact that the game had a number of goofy bugs, a murderous learning curve, awkward pacing, and obtuse quest design hardly registered in the face of its in-depth role-playing elements and addictive turn-based combat.

It’s glitchy, the controls can be finicky, and it’s got a brutal learning curve. And yet, it’s a game I’ve now spent over 200 hours with on several different campaigns, one that I can’t stop talking about, and one that I will remember incredibly fondly.

It was a good enough time that I had no qualms drawing up a new team of heroes and dragging another friend into an adventure that eats up many tens of hours with the release of the Enhanced Edition on consoles (and PC, free, if you’ve got a copy of the original). Packing a thick list of changes and improvements, split-screen couch co-op, and complete voicing of every line in the game, the Enhanced Edition is by all accounts a no-brainer decision on paper.

If you’re already a fan of the original game, let me break it down for you. The combat is better: more balanced, better paced, and rides a far smoother difficulty curve on the back nine. The skill system is reconstructed, pacing the rate at which you receive abilities and ensuring that far fewer of your powers see a gradual decline into uselessness. Two-handed warriors are now a mighty option, and dual-wielding is stylish; its quick, accurate strikes function as a sort of opposite to greatsword-wielding wall smashers. The early game is still a bit obtuse, and the quest design makes figuring out what the hell you’re supposed to be doing at any given moment a chore, even in spite of an added quest journal (which, truthfully, isn’t that helpful). Menus work reasonably well and are easy to read on a big screen, with the radial menu in particular being a big win in terms of controller usability. On the other hand, analog targeting and movement can sometimes be unreliable, and I often managed to click things so quickly in menus that the game couldn’t keep up and would glitch into showing me the wrong menu labels or button context prompts.

Visually, the game still looks bright, colorful, and well-designed. The framerate on PS4 is perfectly manageable, and while there are the occasional dips (particularly in split-screen mode), the style of the game means that they are at worst a bit of a nuisance. The game presents local co-op as a single screen until players’ paths diverge, at which point the screen slices in half and allows each to go about their business. My friend and I found this to be a bit jarring, and instead opted for the “lock split-screen” setting, which keeps the screen halved at all times.

One of the bullet-point features of the Enhanced Edition is full voice acting. And indeed, every line in the game is now voiced. Unfortunately, a whole lot of it is ham-fisted and often simply quite bad. It’s charming in its own way, as the dialogue in the game always had a bit of a hammy character to it, but hearing “WARM AS DRAGON’S BREATH!” for the eight-hundredth time as my character wandered a field of fire did start to grate on the nerves. The music, written by the late, great Kirill Pokrovsky, is excellent and unchanged from the original release.

As someone intimately familiar with the original game, I didn’t have too much trouble slipping back into the swing of things, and I’d think that would be true for anyone with the same experience. However, despite some retooling, the game still manages to make itself hard to dive into for the first few hours, at least for new players. My co-op partner didn’t have too much trouble himself, what with having my explanations peppered throughout our lengthy playtime, but not everyone will have the luxury of an experienced teammate, so first-time console players should know that there’s some time investment required up front. That time is absolutely rewarded, but know that you won’t jump right in and understand the intricacies of the game.

Furthermore, there are enough glitches big and small that I found myself wondering if longer development time wouldn’t have helped out. I’d say wait for patches, as I attempted to do before writing this review, but the developer has been surprisingly inactive when it comes to the console versions of the game, which is a bit worrying. It’s now several months after release, with only some exceptionally minor fixes via patching on the PlayStation 4 edition of the game. There are also a few odd quirks, such as the PC version’s helmet visual toggle being totally MIA. The game works well on consoles and shines thanks to the core content being so compelling, but it could absolutely have used a bit more polish before asking players to drop full dollars on it.

For a game that I’ve awarded an overall score of 92%, it seems odd that I’ve spent so much space writing about its flaws. Make no mistake, this is a flawed game that is in need of some fixes from the developer that may or may not ever come. It’s glitchy, the controls can be finicky, and it’s got a brutal learning curve. And yet, it’s a game I’ve now spent over 200 hours with on several different campaigns, one that I can’t stop talking about, and one that I will remember incredibly fondly. The combat, character building and roleplaying are all so engaging and addictive that, even though glitches have made me accidentally target the ground next to a foe or caused menus to overlap and break entirely, I haven’t been dissuaded from coming back to the game again and again. It isn’t perfect, but if you can stomach the issues, I’m pretty sure you’ll love Divinity: Original Sin too.