I think fans are going to have an absolute blast messing around with the new materials and tools... 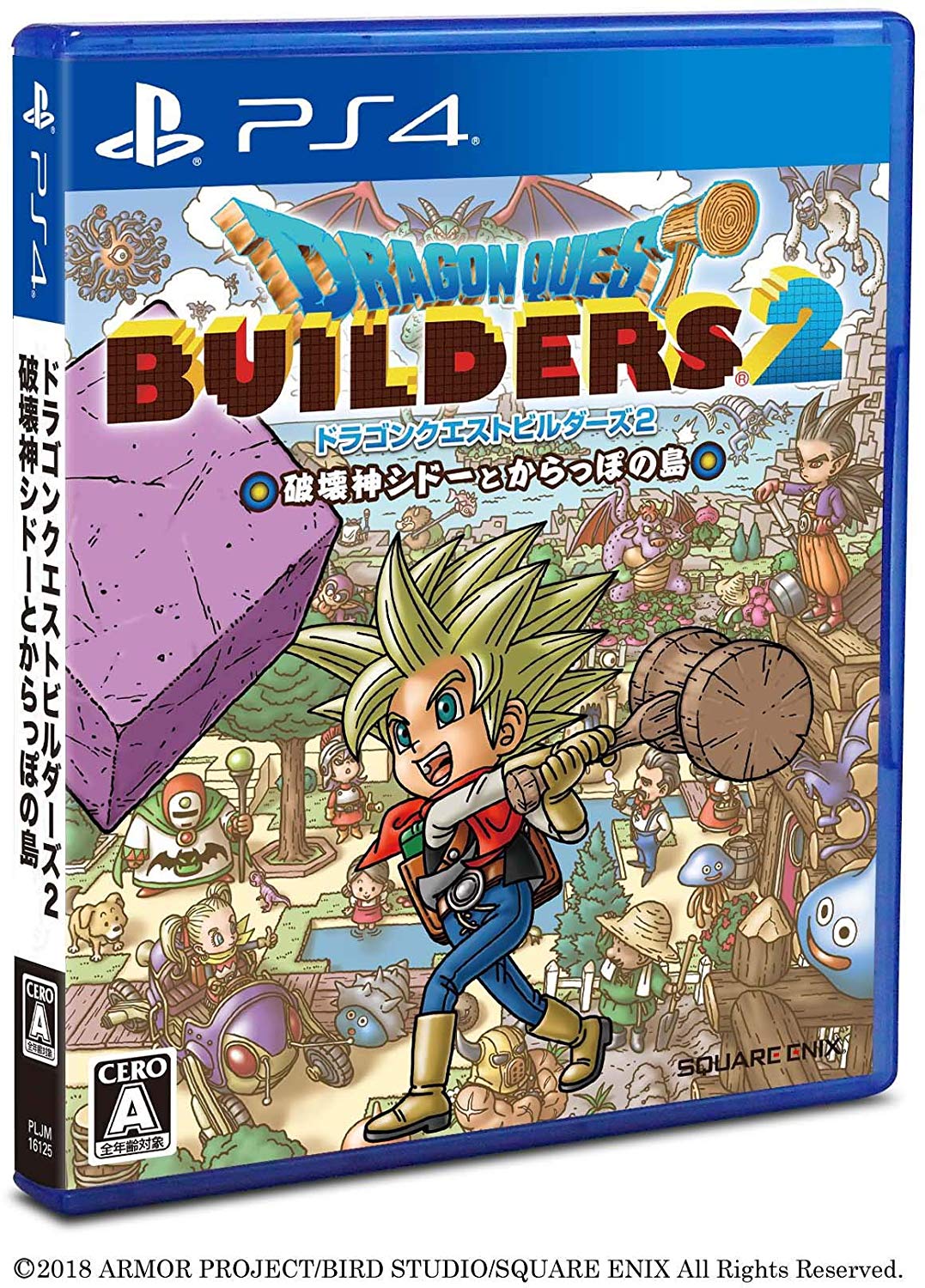 Dragon Quest Builders was the surprise hit of 2016. No one expected a mash-up of one of Japan’s most popular RPG series with Minecraft-like building mechanics, and no one expected it to be as good or popular as it was. Groups of people online bundled together, sharing their best builds and wonderful creations with each other, and it was joyous. And they get to do it all over again with Dragon Quest Builders 2, a delightful follow-up that retains all the charm of the first game while making a few key improvements to the building mechanics.

Builders 2 is set some time after the events of Dragon Quest II, but you don’t need to have played that or the first Builders game to understand the story. You start as captive on a ship controlled by the Children of Hargon, who are trying to rid the world of builders. After escaping, you end up stranded on the Isle of Awakening, where you meet Malroth, a man who has lost his memories. The two of you team up to try and survive on this deserted island together. There’s nothing groundbreaking here, but the game is full to the brim with Dragon Quest wit, with a quality localisation. You’re not playing Builders 2 for the story, so it’s more than enough that this game feels like a Dragon Quest title, and more than once it brought a smile to my face.

The Isle of Awakening is your base island, which you need to populate with new residents. Unlike the first game, Builders 2 is not separated by chapters, nor does it lock you out of islands after clearing the story on them. You can’t take items from the Isle of Awakening to these story islands, but you can indeed bring back items from those story islands to your base; you can also revisit them and build more on them as you please. These story islands take up the bulk of Builders 2’s playtime and teach you new mechanics at a steady rate. I was never overwhelmed by the amount of stuff the game threw at me, and I really loved toying around with new materials and skills.

The first thing fans will quickly notice is that your weapons (swords) and your tools (hammers) are now assigned to different buttons, so you no longer need to swap between them. You can have multiple tools equipped, which you can swap between at the press of a button depending on whether you need to destroy with your hammer or exchange a block you already put down with another. Your tools and weapons also no longer break as they did in the first game, so there’s no need to rebuild them, which is a relief because the controls can take a bit of getting used to. I still sometimes accidentally use my hammer or the wrong tool, so if these could break, I’d be going through a lot of gear.

Some of the new tweaks Builders 2 has added into the game go beyond just your equipment. For one, you can now swim and build underwater, even if swimming just means pressing the jump button repeatedly. And on the first story island, you get the Windbreaker, a cape that allows you to glide across the map. This opens up exploration so much and makes getting around each island a breeze. I loved this because exploring the islands and finding all of the materials you need to build stuff is delightful. Each island is themed and feels very different from the last, and there are some solid nods to DQII that fans will be delighted by on one island in particular.

Builders 2 has been given a good polish, so while it looks similar to the first game, everything is a lot sharper and cleaner, and things like the water animation are really pretty. Everything is so detailed, from the lines in a character’s hair to the cracks in a block when you hit it — I was pleasantly surprised. When you emerge from the water, the screen is covered in water droplets, and when it’s blizzarding, the snow and ice begin to settle in the corners of the screen. It’s neat little touches like this, and Toriyama’s fantastic art, that bring Builders 2 (and the whole series) to life. And yes, the music is all recycled Dragon Quest classics, which is great for a while, but listening to the same midi tunes for 45 hours can easily get grating.

Your residents are also much more helpful this time around too. Along with joining you in combat and helping you farm and mine for materials, they can help you build things according to your blueprints. Initially, this can only be done at certain points, but once you get more free time to build things on your own island, they can really speed up a build. This is especially useful with the introduction of online multiplayer and one of the new tools, which allows you to copy and create your own blueprints. So if you’re visiting a friend’s island and you like one of their creations, you can copy it and put the blueprint down at your own base! While I wasn’t allowed to test this feature for review, it will be especially useful to those who need a helping hand, as they can take inspiration from others and recreate their favourite builds for themselves, helping them grow in confidence.

Once you start bringing people back to your island, you begin unlocking other smaller islands which become your main resources for materials. These islands have checklists, and if you complete them, you get an infinite supply of a particular material. This is so useful for things like wood and stone, which you use a lot of, but the checklists can be a little frustrating to complete as the text and images are very small. The residents also bring back all of the materials and recipes you gathered from the story islands they hail from, but some things, along with even more brand-new recipes, need to be unlocked by spending affection points, which you get by building new things or completing requests for your villagers.

Of course, this wouldn’t be a Dragon Quest game if there wasn’t some combat, and compared to its predecessor, things have improved slightly in Builders 2. For one, Malroth accompanies you throughout most of the game, and his main purpose is to attack enemies. He’s much stronger than your character, so a lot of the time, I let Malroth do the attacking while I gathered materials. Villager AI is also much improved, so when the settlement on your own island or one of the story islands is attacked, residents can dodge much more easily. You are now able to level up your own character too, but this only affects your health and the weapons and armour you can build.

My biggest issue with the combat is pretty much the same as Rob Steinman’s was in the first Builders, in that it feels so mindless, it’s forced upon you so many times, and you still have to stand right next to the enemy to hit them, meaning you’re almost always in harm’s way. Your bases frequently get attacked by enemies, and these attacks are instanced at certain points in the story, so you have no choice but to join in and fight to defend your settlements. And while you can just leave your villagers to do the work, that’s equally boring. The final story island in particular focused on this, and while you have to build traps and defence mechanisms during your time there, so many of these enemy raids took way too long to finish.

Dragon Quest Builders 2 shares all of the same strengths with the first game, but it’s the little additions and tweaks that make it an easy recommendation over its predecessor. I think fans are going to have an absolute blast messing around with the new materials and tools, but the game is still rough around the edges and has too much combat. I just want to build, guilt-free and uninterrupted, and you do get that reward when you beat the game, but it takes a long time to get there.

Tonnes of improvements to the building mechanics along with fantastic new tools, clean and colourful style, utterly charming.

Combat is still button-mashy and there's still far too much of it, the RPG elements feel superfluous, soundtrack grates after several hours.

Dragon Quest Builders 2 retains the core of the first game and makes many little tweaks that improve things for the best, but it still has the same glaring weakness.