Fanservice is the name of the game in Dragon Quest Heroes II. 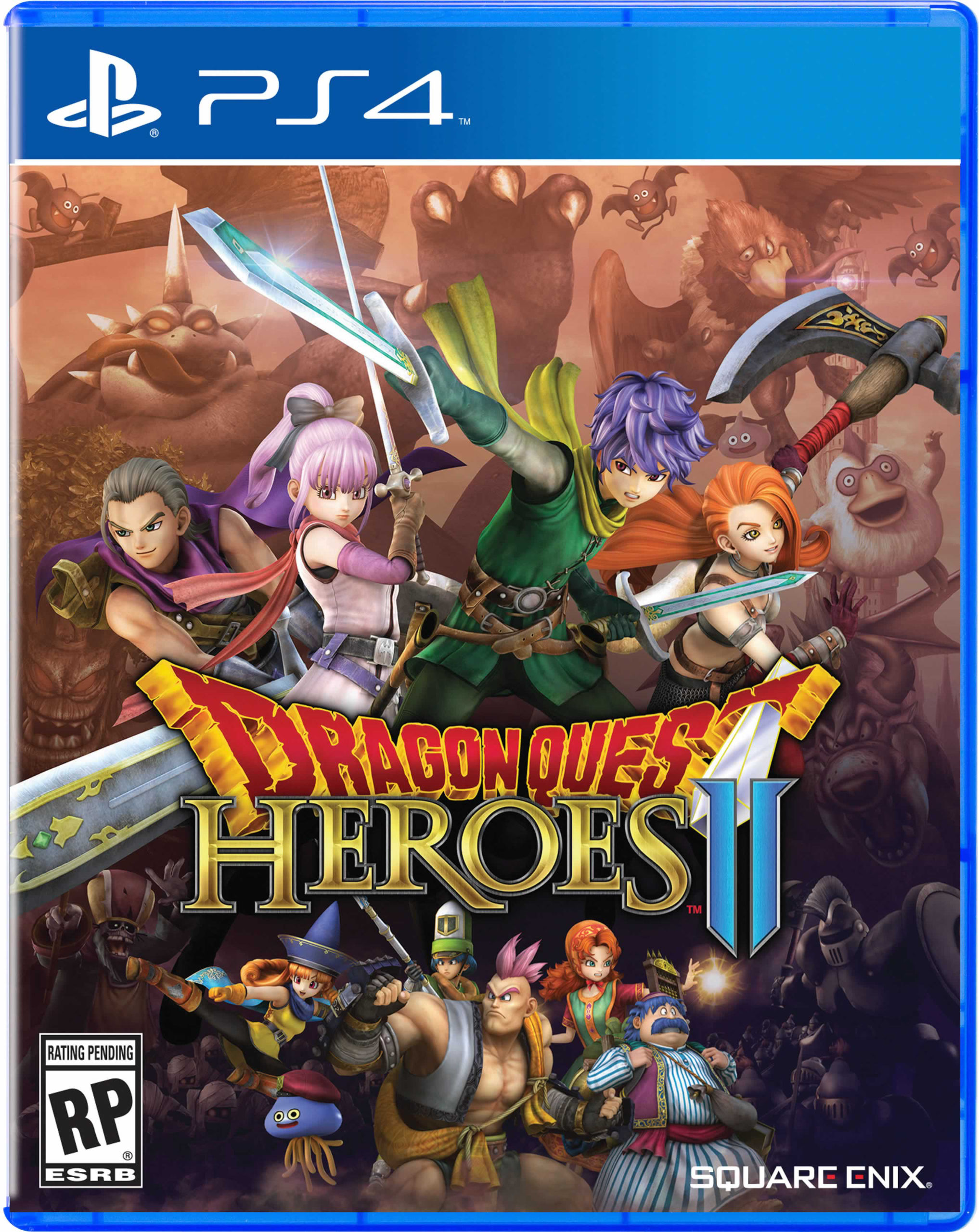 Ever notice how every time Taco Bell unveils a new menu item, it’s more or less the same ingredients in a different combination or proportion? They can put Cheesy Fiesta Potatoes in a tortilla and call it a Cheesy Potato Burrito, and some people might like it better that way, but it’s fundamentally the same ol’ food when you get right down to it. It’s not transformed so much as it is repackaged. It still tastes good — especially paired with whatever new Baja sauce they’re peddling at any given moment — even if it does leave you with that familiar bloated feeling by the time you’ve finished wolfing it down.

The Warriors (or “Musou,” as it’s known abroad) series of hack-and-slash titles is astonishingly prolific these days, offering myriad contexts in which prospective players can decimate hordes of squishy assailants. Dragon Quest Heroes II is developer Omega Force’s second visit to the Dragon Quest universe, and it inherits much of its immediate predecessor’s DNA. It’s an upbeat, low-brainpower sort of experience that serves as a refreshing palate cleanser given the wealth of lengthy games flooding store shelves this year. The quirks endemic to this franchise persist, particularly in terms of pacing, but it’s an enjoyable foray into a familiar world nonetheless.

Dragon Quest Heroes II is enriched by new gameplay elements, chiefly the introduction of a vocation system for its two main characters and “Wild Zones” that serve as a sort of diet open world. I’m sick to death of open worlds that have no compelling reason to exist, so this strikes a good balance between increasing the game’s scale and ensuring that there isn’t too much dead space. Vocations, a Dragon Quest series staple, are a perfect fit in this game; each class is tied to a handful of weapon types, all of which have unique abilities that unlock through repeated use. These pair perfectly with class-specific abilities that allow the player to build a character who can fulfill any role in their four-member party. New tag team attacks, party-wide passive skills, and monster transformation abilities are icing on the cake. It’s the most flexible system I’ve ever seen in a Warriors game, and it does much to break up the monotony when mid- to late-game battles grow wearingly long-winded, as they are wont to do. My biggest gripe is that character management becomes a chore once the roster grows sufficiently large, and I would have appreciated a way to auto-allocate skill points เ la Mass Effect.

Fanservice is the name of the game in Dragon Quest Heroes II. There is no deep characterization or meaningful narrative to be had here, just flimsy justification to get cameo characters from past Dragon Quest games onto the battlefield. This isn’t necessarily a problem, mind you, and it’s in line with what I’ve come to expect from these sorts of games. Dragon Quest Heroes II sports an exceptionally flavorful localization, but strangely enough, this almost exacerbates the generally milquetoast quality of its writing. Characters make some clever quips, but their personalities are one-note, and the overarching story boils down to “An ancient prophecy foretold that our world would become embroiled in war, so let’s prevent that…oh, whoops, messed that up. Let’s do some fetch quests.” Can’t win ’em all, I suppose.

Dragon Quest Heroes II has an unceasingly attractive visual presentation throughout, from its nostalgia-tickling UI — man, I love those pop-up damage numbers — to its vibrant Akira Toriyama character designs. (“Which Dragon Ball game is this?” my roommate once asked, much to my amusement.) Its pre-rendered cutscenes are almost eerily high-quality, given that this is ostensibly a B-tier Square Enix joint. The RPG behemoth’s coffers are deep indeed. The European voice cast is an excellent fit, too, although the mixing is a bit off and some characters, particularly Angelo, are barely audible over the background music. Incidentally, can we get someone new to score Dragon Quest soundtracks? Koichi Sugiyama’s work has earned its acclaim, but we’re overdue for something different. I am aware that I blaspheme. No, I will not repent.

Particularly after playing something that required so much of my time and energy (I’m looking at you, Persona 5), I enjoyed being able to power down and blast through Dragon Quest Heroes II. It’s overly padded, and character customization can be something of a headache, but sometimes it’s nice to just mash buttons and watch an army of slimes fall before your blade.

Too much padding, later battles are too long, some difficulty spikes, story is bog-standard, fundamentally not too different from the first Dragon Quest Heroes.

Dragon Quest Heroes II is one of the most flexible Warriors games on the market, full of nods to its dual lineage for better and for worse.