This, along with some other recent Compile Heart titles, gives me faith that maybe this developer is taking some criticisms to heart, and will continue to improve. 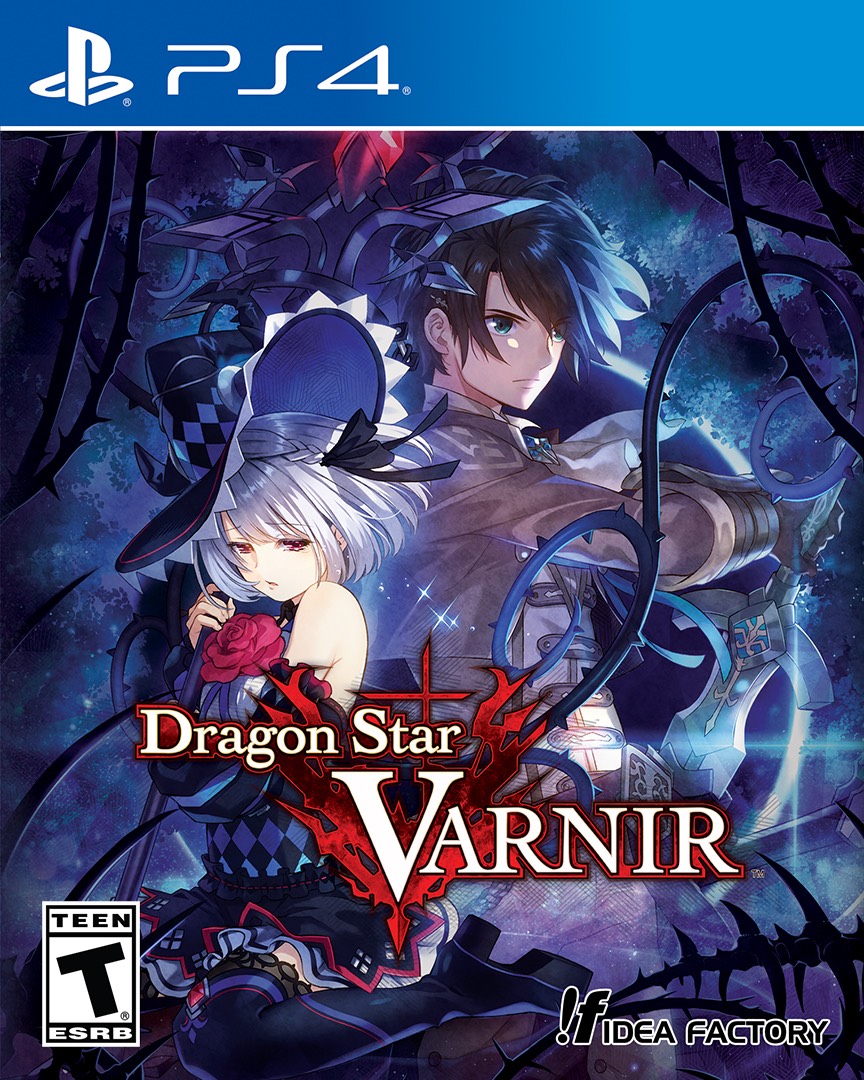 Scroll down to watch the video version of this review!

Compile Heart games don’t have the best reputation. Because they are known mostly for producing low-budget games at a blinding rate with moe-inspired stylings, I’ve stayed away from their games. Dragon Star Varnir originally fell into that same category for me. The art style looks roughly the same as earlier Neptunia titles, and scantily clad young girls aren’t really my thing. When trailers started coming out about the battle system, my interest was piqued enough to give it a go, but I kept my expectations low. While it still maintains a lot of what kept me away from the earlier titles, Dragon Star Varnir does enough right to give it a light recommendation.

Dragon Star Varnir has a pretty unique premise. Set on the star of Varneria, humans are at war with both witches and dragons. Witches are forced incubators for dragons, a curse that leaves them with two fatal options. Option one is to feed the dragon that rips itself from the witch during birth, killing her. Option two is to starve the dragon, causing the witch to go mad. Obviously, the witches would like to end this relationship. The Holy Empire of Varneria decided both witches and dragons need to be destroyed and employ the Knights of Requiem to do so.

When the narrative opens, Zephy, a member of the Knights of Requiem, is being attacked by a dragon. Near death, a group of witches happen upon him, and feed him dragon blood in the hopes of reviving him. Not only does it work, but to everyone’s surprise, he becomes the first male witch in the process. Now an outcast from the empire, he is left to join the witches (a group he’s hated all his life) and help them on their quest to overcome their dragon curse.

Unfortunately, the story never reaches the potential of its engaging premise. Too much happens at once in the beginning. Every major character is introduced in the first half hour, which leaves little time to develop their motivations, and at times their reactions are off. For example, Zephy doesn’t seem nearly upset enough over his transformation. In an attempt to keep things exciting from the onset, they throw a lot at us at once and it doesn’t quite work. Luckily, Dragon Star Varnir’s story gets better as it goes, mostly because it slows down and focuses on its characters. While the characters are almost all inspired by anime tropes, the game doesn’t lean too heavily into them and gives each enough flavor to keep me invested in saving them.

At times, the story comes close to a male-protagonist driven harem narrative, but Compile Heart doesn’t really go there. However, the typical — and mildly distasteful — affection system remains present throughout. Zephy can give gifts to the women in the story and gain points from it, which can lead to romantic scenes. It’s also easy to ignore the gift giving, and outside of those scenes, there’s nothing to suggest any real romance between the characters. These are just a group of characters with a common goal who come to care about each other, and to their credit, the developers focused on that. Even though the characters’ actions sometimes aren’t properly fleshed out, and the story’s “twists” are fairly easy to see coming, most are likeable enough to make it work reasonably well.

The battle system is where this game truly shines. Battles are a turn-based affair; both enemies and the party are in the air, on one of three levels. You can use physical attacks, which require that you are on the same level as the enemy, and magical attacks which can hit them on any level. Other abilities available are traps that you can knock an enemy into, and the standard buffs and debuffs. You can have three party members in battle, and each member has an alternate who can be freely switched in and out of combat. Enemies are vulnerable to different weapons and elemental magic attacks, so switching characters in and out is essential to hitting those weaknesses. As the enemy weakens, you can also “devour” them, giving you access to their individual skill trees. This access allows you to unlock different abilities and passive skills for each character. Finally, each character has a gauge that fills throughout battle and, when full, allows you to enter a souped-up dragon state (think Trance from Final Fantasy IX) that makes your attacks more powerful.

Sound like a lot? It is, but the game does a wonderful job of steadily doling out new options and skills at the beginning so it never feels overwhelming. Creating the right builds for the characters to make them synergize with the rest of the party and take down your enemies is deeply satisfying. On the normal difficulty, I didn’t have much trouble with most of the enemies or bosses until the end, where there’s a sharp difficulty spike, and an even sharper one in the post-game. I toyed around with the skills enough that I was able to handle what the game threw at me, but it’s worth noting that the late game might present quite a challenge for some who haven’t been experimenting and devouring enemies regularly.

The rest of the gameplay doesn’t fare nearly as well as the battle system, but none of it is bad enough to deter from the excellent combat. To start, the game is almost painfully linear. Run a dungeon, defeat the boss, go back to the home base, read some dialogue, repeat. The dungeon design makes some attempts at variety with field skills for the characters, but the designs almost all look the same and there’s little room for exploration within the dungeons. Along with that, there is no overworld map, so you select different dungeons from a list as you go, further limiting the feeling of exploration. Even the limited side content boils down to running back to an old dungeon and fighting a more powerful boss at the end, or gathering materials for a quest in those same areas. The game is fairly short at roughly 25 hours, so the repetition didn’t bother me too much, but the lack of exploration and side content is disappointing.

The most annoying gameplay mechanic is managing the characters’ “madness” levels. As you go through the narrative, you have a madness gauge that shows how close your characters are to losing it. Madness increases in random battles, when you make dialogue choices the game doesn’t like, or after party defeat. Additionally, you must feed some younger witches to prevent them from going mad, but if you feed them too much, they turn into dragons. Make enough mistakes here and you miss out on the true ending. This mechanic isn’t explained particularly well, either. I understand how this system contributes to the larger thematic concerns of the game, enhancing our understanding of the witches’ curse, but it’s frustrating to constantly manage it.

The music in the game is quite enjoyable, which adds to an overall positive impression of the game. There’s a nice blend of choral arrangements, flute infused tracks, and other orchestral pieces. The boss battle music was a particular standout. The problem is that the same 11 or 12 tracks repeat throughout the entire game, and while I found the music that played over most dialogue scenes initially pleasant, it was totally grating by the end of the game. Even worse, the English voice acting is poor almost across the board. It sounds like each voice actor was given a core trait for that character, such as worry, and infused every line with that trait, with little variation. The villains’ voice actors were especially laughable. Luckily, there’s a Japanese voice track, and that’s a significant improvement over the shoddy English voice work.

Like the mix of quality with some gameplay elements, the visuals are also a mixed bag. Some of the dungeons are striking, while others are bland sets of gray corridors. Character models are almost entirely moe inspired, which is a shame, but there is a fair bit of variation in their designs. Sure, some of the outfits and oversized breasts are in bad taste, but there weren’t any scenes that overtly sexualized the characters. Monster designs are pretty unremarkable outside of a few of the bosses. While the graphics look more like a mid-era PS3 game than a late-era PS4 game, they do the job.

I’m glad I gave Dragon Star Varnir a shot. If you can look past a few of the game’s quirks, like the affection system and eye-roll worthy character models, the game mostly works due to its excellent combat system and likeable characters. This, along with some other recent Compile Heart titles, gives me faith that maybe this developer is taking some criticisms to heart, and will continue to improve. I can’t say this game turned me into a Compile Heart fan, but I will certainly be more open to playing their titles in the future.

While it still maintains some of the annoying quirks of past Compile Heart titles, Dragon Star Varnir is worth playing for its fantastic battle system and likeable characters.