Dragonborne isn't far off from replicating that kind of nostalgia — and it succeeds in some ways — but it falls short in others and remains a sleeping dragon. 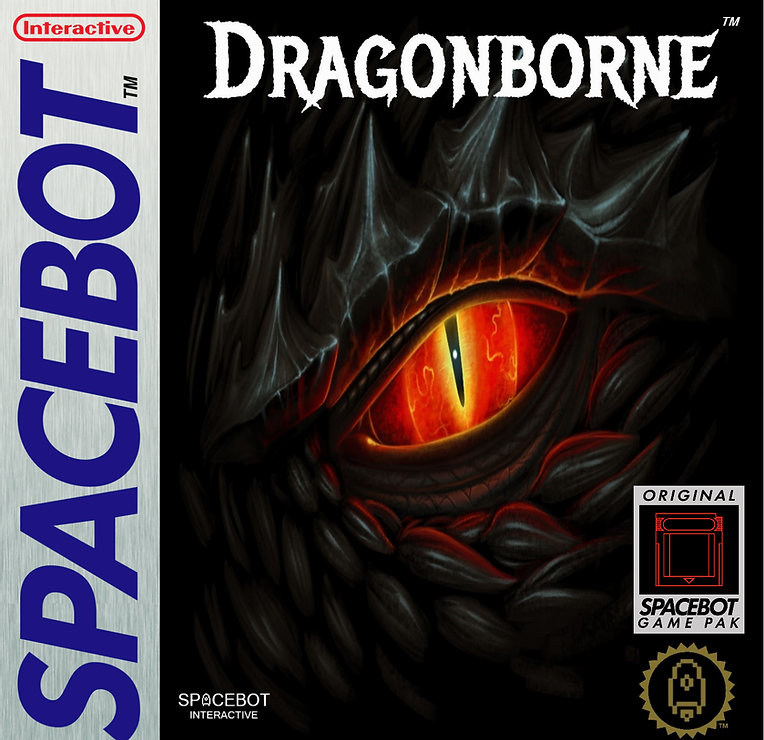 I’m six years old and, unusually for a winter in the south of England, it’s snowing. It’s late, and I should be asleep, but I’m too excited, watching the snowflakes settle on the ground. What’s the only thing that can distract me more than snow? Video games. I grabbed my Game Boy Colour from the side and booted up Pokémon Yellow, burying myself under the blankets, the only light in the room coming from the tiny screen on my little brick.

Now, 20 years later, It’s winter, it’s snowing, and once again, I’m booting up a Game Boy game. Except this time, it’s on a computer.

There’s a real kind of magic to starting up Dragonborne for the first time, with the crunchy Game Boy chip sounds crackling through my headphones and grey-and-green hues lighting up my screen, even if I’m not huddled up and playing the game under a blanket. Its simplicity is often charming. However, where the Game Boy classics innovated and pushed the RPG genre in many areas, Dragonborne‘s often overly simple gameplay stops it from fully capturing what made Link’s Awakening and Final Fantasy Adventure so memorable.

Spacebot Interactive has done a lovely job in Game Boy Studio because everything about Dragonborne looks, feels, and sounds like a perfect Game Boy game. I think it deserves to be played on a Game Boy, which you can indeed do! Some wonderfully detailed monster sprites may get lost on a PC screen, though. Even if you make the window smaller, the details blur into the background too much. Still, I didn’t ever get tired of the squashed, cute pixels of characters walking around town.

Set in the kingdom of Argon, you are Kris, the son of legendary dragon slayer Kurtis. Kurtis has gone missing, and Kris must find his father and stop the dragons from waking up and destroying the world. The story is simple, but it does just enough to invoke a sense of excitement like you’re a kid playing your very first RPG. There’s even a few dark twists throughout that make it feel a bit more mature. The first thing I did was fight off a gang from the town, and then within the hour, I would be gathering mushrooms, building a raft, and breaking into a cave to slay a dragon.

Dragonborne encourages you to talk to NPCs to move the story along or find out what to do next, but it’s much less frustrating than the classics could sometimes be. There’s only a small number of locations in the game, and no bizarre puzzles prevent you from progressing. Nothing is ever miles out of reach, and if I found an essential item, I’d probably already spoken to the character who needs it (and they were always easy to find). I can only remember one end-game quest where I got frustrated because I had to wait for an event to occur on screen, which took maybe five minutes, but I couldn’t speed it up by exploring the town or talking to the villagers.

The villages are where the game oozes charm the most for me. I examined a mirror in one of the inns, and Kris’ reflection popped up and sparkled with flavour text saying, “Lookin’ good!” which made me giggle. The dialogue with some of the characters also had me laughing more than a few times, with flippant NPCs more focused on their lost cat than the potential end-of-the-world dragon waking from its slumber. Some text does need tidying up, with some loose apostrophes and missing grammar throughout, but it wouldn’t be an old game without some grammar issues, right? Nor would it be a Game Boy game without the short-looping music; with only a handful of tracks that play throughout the game, these can get grating. I’ve heard the menu and battle music far too many times to bop along to them, and with the battle music especially, the more extended notes are a little uncomfortable to hear regularly.

To fight some dragons, you need to dive into dungeons, and this is where the game is a bit mixed for me. Most of them are relatively short. Many of the puzzles are easy, involving either pushing blocks to find hidden chests or clearing a room of monsters to unlock a door. There’s even an ice dungeon that I don’t hate (thank you for not using ice physics!). Later, there’s a puzzle where you’re teleported right back to the beginning if you press the wrong switch. There’s also a frustrating moment in the game’s most unusual dungeon, situated under a lake, which you can access after getting a diving suit. There’s a puzzle in this dungeon where you have to go back and forth between three screens to press six different switches in the right order. Not to go back to Link’s Awakening again, but there’s more creativity on offer there, even with the backtracking, so a bit more variety or a bit more of a hint would’ve gone a long way. Fortunately, if you die in a dungeon, you’re sent back to the nearest inn with no progress lost.

A lack of variety is my biggest complaint with the combat too. Quite frankly, Dragonborne‘s battle system is at best simple and at worst monotonous. Visually, it’s very reminiscent of Pokémon, down to the health bars and menus. Kris can either attack, use an item, use magic, or use a special attack based on the weapon you’re using. Early fights involve trading blows with your enemy in a war of attrition, waiting to see who manages to fall first or who sneaks in a lucky critical hit. I frequently got low on health and had to heal during almost every fight because there was no way to get ahead in a battle. Potions are frequent and cheap, but constant swapping between attacking and healing was unengaging.

Even when you get special attacks and magic, these don’t make too much of a difference until the game’s last two dungeons. Special attacks and magic both have a limited amount of uses, and while you can replenish magic with certain potions, you can only restore special attacks by resting at an inn or finding a hidden mage in one of the dungeons. While they might do a couple of points more damage, it’s barely noticeable in many cases. You also can’t buy weapons or armour, only coming across new items through the story or in dungeons, and the impact of these feels minimal.

Combat also lacks any visual cues like the amount of health an enemy has or the amount of damage you’re dealing. Potions can restore 6, 12, or all of your health, but the game doesn’t quantify how much health Kris has! It’s easy to work out because Kris doesn’t level up at all, but the health bar is sometimes inaccurate, especially when it’s around halfway down. Sometimes a critical hit will take it barely below half, and other times it’ll take it down to a third. That’s not to mention that there’s no visual representation for poison and burn either, and all you get is a little textbox after an attack to say that Kris has taken damage from it.

I’m just glad that most of what Dragonborne has to offer at least put a smile on my face. The world is perfectly pocket-sized, and it’s easy to navigate and progress, and there’s a real charm about its humour and simplicity. Yet, the combat and the repetitive dungeons stop me from fully embracing the game. I played Final Fantasy Adventure for the first time in 2019; even though it was nearly 30 years old, I saw the ambitious spark that ignited the Mana series and how it inspired many kids growing up (even if that tree puzzle is ridiculous). Dragonborne isn’t far off from replicating that kind of nostalgia — and it succeeds in some ways — but it falls short in others and remains a sleeping dragon.

Almost just like you remember old Game Boy games, it's hard not to root for Dragonborne's adherence to nostalgia and conventions, even if the simplicity is repetitive and restrictive.