Anyone who enjoys a good challenge or likes tooling with character creation and party set ups owes it to themselves to play this game. 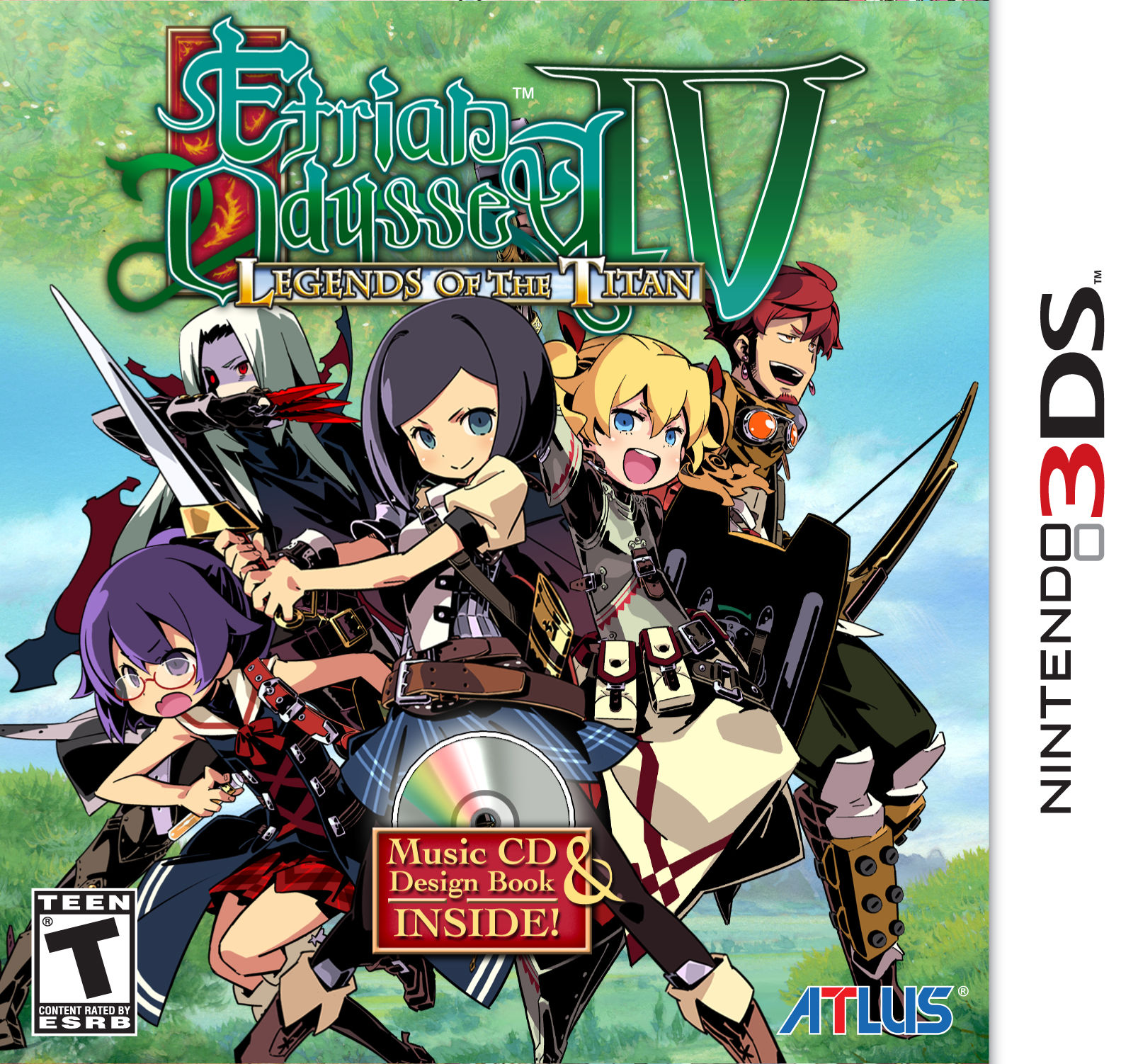 At first blush, the Etrian Odyssey series would be difficult to differentiate from its JRPG brethren. With cutesy, anime-inspired artwork and turn-based battles, it would be hard to find fault with anyone if he were to believe that Etrian Odyssey is yet another JRPG with airheaded protagonists playing a “will they, won’t they” love story and wannabe anti-heroes that couldn’t intimidate a kindergarten class if they dressed as that clown from IT.

This would be a mistake.

The Etrian Odyssey series represents a branch of the RPG genre known for being intensely difficult dungeon crawlers, in which the story (if there IS a story to be found) is completely in service to the gameplay. Etrian Odyssey IV continues this trend; it’s a classic dungeon crawler, in which every battle can be a brush with death and every action involves a measure of risk-vs-reward, but it adds a few wrinkles to the mix to make the experience more accessible to first-time players.

Etrian Odyssey IV does have a story, but as aforementioned, it’s completely in service to the gameplay and only serves as a vehicle for players to progress through the game’s many dungeons. The player is part of a group of explorers in the city of Tharsis, tasked with exploring and unraveling the mysteries of the tree Yggdrasil, whose mysterious powers appear to be more and more malevolent as time goes on. The story is somewhat shallow and by-the-book, but nobody plays a dungeon crawler for story anyway.

Etrian Odyssey IV’s real draw is its gameplay. The battles take place using traditional turn-based RPG mechanics, and are rather unremarkable in the sense that the battle systems offer no bells and whistles beyond some special “burst skills” that can be occasionally used to tip the scales in the player’s favor. The actual diversity comes in the character classes — the game starts with seven but over the course of the game expands that list by three for a total of ten classes. Some may scoff at the perceived dearth of variety the classes offer, but unlike many other games that offer dozens of classes differentiated in name only, each of Etrian Odyssey IV’s classes fills a specific role. Whether it’s the highly fortified Fortress class, or the ailment inflicting Arcanist class, each has a specific function that it contributes to the synergy of the five-member party.

Each class has multiple branches of abilities to invest skill points into, and they range from passive abilities that increase defense or number of attacks allowed in one turn to offensive abilities that can down a line of enemies at once or deal massive damage to a single target. There are no useless classes or abilities either — intelligent use of a class’ specialization is paramount to success. Classes or skills that at first seem like they would be as useful as Aquaman in the desert suddenly become invaluable when faced with an enemy that requires exploitation of its unique vulnerabilities. As such it becomes possible to invest points in the “wrong” skills, but the game is rather generous on that front by allowing players to respec a character at the cost of lowering that character’s level by two.

Of course, battles and party building is only half the game. The other half is exploring the various dungeons the game has to offer. The dungeons are traversed in a first person perspective on the top screen, and on the bottom screen are a variety of tools for players to map out the dungeon and mark important areas. The toolset is impressive and vast, allowing players to create very detailed maps of the areas they explore — a necessary feature, as some of the later dungeons can be downright sadistic in their layout. Some may scoff at the necessity for the player to draw his own maps, but that just adds to the classic feel of the game, without requiring the player the indignity of having a pen and paper at the ready each time they want to play the game. Completing a map is a task equally as rewarding as watching your characters grow from pathetic scrubs to hardened mercenaries capable of bringing down mad gods and vicious dragons.

The game also features an overworld map that contains its own dangers consisting of natural disasters like tornadoes and powerful boss monsters that can kill the party in one swipe early on. Exploring these environments and cataloging key areas are an important part of completing many of the side quests; while the majority are fetch quests and monster slaying tasks, occasionally some puzzle solving and exploration are required, with rewards being rare items and experience for the entire party.

Etrian Odyssey IV also increases post-game playability with a secret dungeon and extra bosses, medals awarded for milestones during the adventure, streetpass functionality, and a new game plus function that allows players to replay the game with their most powerful characters. A newly added Casual Mode that strips away the penalty for wiping the party and weakens enemies makes the game a better point of entry for those who might not have the stomach for a more hardcore affair — though the game’s rather accommodating in that respect as well, with a very fair and gradual difficulty curve that slowly increases as the player progresses. Etrian Odyssey IV is a fairly lengthy game, clocking in at around 25 to 30 hours for the game proper and an additional 10 to 15 for post game content, though I put the difficulty onto Casual to finish the last two dungeons of the game, so the game could easily offer more playtime for those that stick to Normal for the entire playthrough.

Aesthetically the game is very well represented. The environments are varied and vibrant, the character artwork is well drawn, and the graphics are colorful and put together exceedingly well. The 3D is also implemented quite impressively, giving the game some much needed depth, as everything is handled in a first person perspective. It takes some time to get used to, but after a while I couldn’t put the game in 2D mode again.

The soundtrack is incredible and goes above and beyond what one would expect from a game of this nature. While previous Etrian Odyssey games had MIDI music reminiscent of NES games, Etrian Odyssey IV has full orchestral themes, which meshes perfectly with each of its settings. The battle themes are a treat for the ears and the background themes are excellently composed as well. Atlus included a music CD with each copy of Etrian Odyssey IV, and I encourage anyone who owns the game to give it a listen; you won’t regret it.

Etrian Odyssey IV is an old school game with modern design sensibilities, and it makes no apologies for that. It is a sequel that offers something to players both new and old. Returning players will be right at home with the game’s challenging battles, wonderful aesthetics, and variety of classes. New entrants can enjoy the game at their own pace, with casual mode lowering the game’s point of entry such that casual players won’t quit even when they hit an enemy that kills them over and over again. Anyone who enjoys a good challenge or likes tooling with character creation and party set ups owes it to themselves to play this game, as it offers an experience that can be matched by few others.

Grinding may prove detrimental for some.

An excellent dungeon crawler game that can appeal to a wider potential demographic.