Any cursory interest I still had in P.T. is now dead. 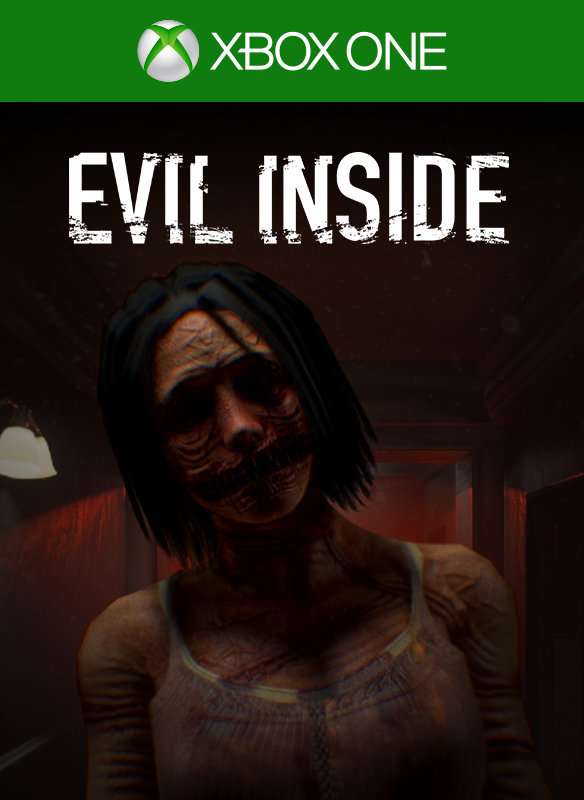 Three things are certain in life: death, taxes, and the fact that skinny women in nightgowns with long black hair are terrifying. Evil Inside has received a bit of marketing leaning heavily into the still hopeless P.T. craze. Any cursory interest I still had in P.T. is now dead. Dead like a woman thrown into a well. Because if we can’t take advantage of people’s emotions and inability to move on, then what’s the point in even having a first-world economy?

Evil Inside is what’s on the tin: You’re stuck in a house because your mom is dead and really, really mad. Like, to the point where she can only stand to be in your face for a quarter of a second, scream really loudly, and then disappear again. I’m assuming it’s because she died in a well.

Aside from brazen similarities in the house’s architectural design to its inspiration, P.T., Evil Inside forces players to go to one end of the hallway after solving a “puzzle” and then enter the same hallway again. Brilliant! I wish I had thought of it. For the most part a walking simulator, Evil Inside occasionally requires players to retrace their steps five times until they find a clickable in the environment to trigger a variable and open the door to the basement. Repeat this a bunch of times, and enjoy the shocking ending after one hour of game time.

To be fair, Evil Inside absolutely establishes a horrifying mood rooted in cheap jump scares, unsettling music and sounds, and adequate use of lighting. Akin to downing one Pixy Stix after another, Evil Inside’s reliance on jump scares is beyond lazy, but to say I wasn’t uneasy, had goosebumps, and felt my heart rate rise would be a lie. I felt fear, I just wish it was for more intelligent reasons besides sudden loud noises and randomly appearing people.

While the hallway and general environment are well-designed graphically, the people are not. If the graphics team were better able to create adequately animated or even still images of people, that would have enhanced the experience. I could almost count the polygons. In terms of controls, Evil Inside functions as fine as a walking simulator could, but it doesn’t allow for inverted y-axis, which is a serious crime. Thankfully, with only an hour of game time, I wasn’t all that annoyed.

Unfortunately, most of the scares feel completely random; not just because they’re jump scares, but because there’s no story thread. Angry, dead woman is angry because she’s dead. I get it. Could you please elaborate? There’s blood in the hallway, she’s standing in this one spot in the house at some point — why? Aside from the awful voice acting of the protagonist, we don’t get much else. Sadly, that’s likely because the developers did not create anything original with Evil Inside.

Did I enjoy being scared? Yeah, I did. I don’t understand people who watch a horror movie, laugh at it the whole time, and then talk about how the movie just wasn’t scary. If you allow yourself to be scared, this game creates some reliable tension. Unfortunately, the entire premise is essentially the theft of what Hideo Kojima’s team created, and nothing is built on top of that. As if the mind-shatteringly awful ending wasn’t bad enough, the final achievement is titled “See the names of Gods.” This is awarded for seeing the credits. I’m just going to leave that there and let you finish my final thoughts on your own.

No inverted y-axis, no thread, one hour of mindless garbage.

Unless you absolutely need a jump scare fix, this is a game that will suitably be lost to time for being a shameless cash grab on the P.T. craze.