… the focus has shifted from a mostly linear experience to a mostly non-linear one, and I’m honestly not sure I like it nearly as much. 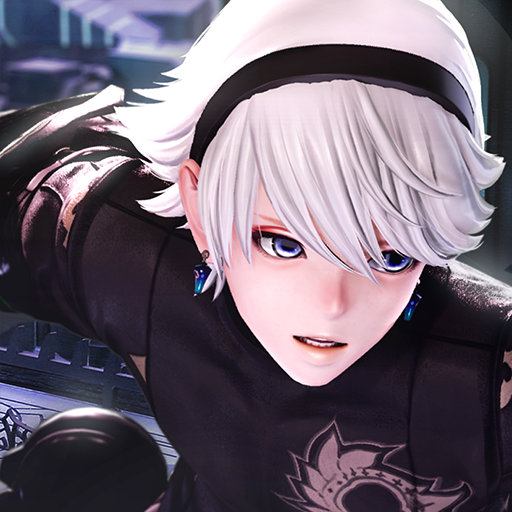 The first half of Fantasian was a wonderful and nostalgic experience that really captured the magic of classic Square RPGs and the legacy of Final Fantasy creator Hironobu Sakaguchi. I didn’t want it to end and eagerly awaited the second half that would conclude the story. Now that second half is out (plus a third update that adds a post-game dungeon and new game+), and I find myself conflicted. It’s still the same game, with the same characters, battle system, and “save the world” story, but the focus has shifted from a mostly linear experience to a mostly non-linear one, and I’m honestly not sure I like it nearly as much. It’s not all bad, though, and depending on what you liked and didn’t like about the first half, Part Two might very well be more enjoyable for you than it was for me. So let’s get into what’s changed and what you can expect from the conclusion of this charming little RPG.

The first half of Fantasian ended in an interesting place. Not on a cliffhanger per se, but the story beat immediately after it. Main character Leo has been separated from his friends following a battle against an enigmatic antagonist and a jaunt through a tumultuous wormhole. He makes a new friend (the scientific and literal-minded Valrika) and is reunited with the robots he met at the beginning of the game (who are now known as Prickle and Clicker), but now he must journey to find the rest of his crew so they can stop an insane god called Jas from destroying the multiverse.

The thing is, that is quite literally the extent of the “main” story in this half of the game. You get your friends back (or not; you actually don’t have to gather a full party), fight your way to the big bad, and save the world. Along the way, you pick up a plethora of optional side missions you can complete that unlock and upgrade each character’s growth map (think FFX’s sphere grid or FFXIII’s Crystarium) or give you access to their ultimate weapons. Some of these side quests add much-appreciated lore or a bit of character development, while others feel pretty superfluous. But because they’re all optional and self-contained, the overall story feels disjointed and awkward. There are absolutely some standout moments, but only a few and only for some characters.

Not only does the story feel discombobulated because of Part Two’s non-linear nature, but character development and interaction is all over the place. Some characters, like Cheryl, Kina, and Zinikr, get interesting plot points that wrap up their story arcs. But other characters, like Ez and Tan, kind of get shafted. Tan suffers from joining the party too late — he’s only a temporary guest for a few battles in Part One — and his character development feels stunted as a result. Ez’s story in the first half of the game set up an interesting party member connection, and then the second half bizarrely chooses not to mention this connection and doesn’t even let him interact with said party member. In fact, there’s a tragic lack of character interaction all around because most of the cutscenes take place during character-specific side quests where only relevant party members show up.  Even Leo’s character development suffers, despite being the protagonist and being present in almost every cutscene, because we learn next to nothing new about him. The game front-loaded all of his interesting growth in the first half, and relegates him to the charismatic party leader in the back end.

Even with these disappointing story and character issues, Fantasian’s ending still managed to satisfy me. There is a very cute epilogue that shows what each party member is up to, including an unexpected but sweet pairing. And even though Sakaguchi may never make another RPG, things end on an open enough note that he (or Mistwalker) could create a sequel if so inclined. There is plenty of potential with the world he created, and the diorama backgrounds are simply so brilliant that I would easily welcome them in other RPGs.

Speaking of the dioramas, there are about a half dozen new locations to visit, and some of them are truly spectacular. From frozen fields and lava caves to misty islands and ancient ruins, the quality of the environment design has not diminished in the slightest. In a similar vein, there is additional music from Nobuo Uematsu for the second half of the game, and it largely maintains the excellent quality from the first half. In particular, there are some fantastic boss themes at the end of the game, including both rock and orchestral vocals that are equally epic. Uematsu actually wrote a short story called “The Story of Blik-0” which is featured in the game, and he even composed a whole album’s worth of additional music to accompany it. I never knew that Uematsu was a literary writer as well as a composer, so this little bonus was quite unexpected and a joy to read.

The meat of this second half of Fantasian is clearly gameplay, specifically character builds and boss fights. I liked the former and ended up hating the latter, but there are pros and cons to both.

Character customization was briefly introduced at the end of Part One, but here it is front and center. Every character can unlock (and eventually upgrade) a growth map, which is basically a grid filled with nodes you activate by using the SP you earn from leveling up. Small nodes give you stat bonuses, while larger ones unlock new skills or improve your existing abilities. While characters generally still fall into their established archetypes regardless of how you customize them, there is still potential for different strategies depending on the kind of enemies you’re up against. What’s really nice about the system is that you can respec at any time with no charge or penalty. So if you encounter one boss that really requires a certain skill you don’t have, you can easily rearrange your points and grab it, then go back to how you had things set up before after you beat the fight.

The one thing I don’t like about the growth map is that almost all the party-wide healing skills are locked behind it — the exception is Ez’s item crafting, though he needs growth map upgrades to really be effective as a healer. Coupled with the fact that you can rescue characters in any order you like, this means that that early boss fights and full dimengeon battles can be especially punishing.

Pain is kind of the name of the game when it comes to Fantasian’s combat in Part Two. There is a noticeable and somewhat brutal increase in difficulty, which will make those looking for a challenge happy but may frustrate those who liked the more laid-back combat in Part One. Bosses still have mechanics or gimmicks you have to figure out in order to best them, but it feels like there’s a lot more trial and error involved (of the “wipe and reset” variety), and you have to have a solid strategy to defeat your foes. This isn’t a bad thing in and of itself, but considering that most of your time in this half of the game is spent doing side quests, and most of those quests involve boss fights, it can end up feeling like a boss rush. I was pretty exhausted by the combat toward the end of the game, and that was even after I set it aside for a bit while I worked on another review project.

Part Two of Fantasian is kind of the polar opposite of Part One. Where Part One was linear, Part Two is extremely non-linear. Where Part One had essentially no character customization, Part Two is full of it. Where Part One wasn’t terribly challenging, Part Two is much harder, often frustratingly so. I know that this is not the first time Sakaguchi has done something like this in an RPG, and I suspect for some, this split is itself a source of nostalgia. I ended up not jiving with it as much as I had hoped, and while that did temper some of my enthusiasm for the game, the overall experience is still quite strong. If you have an iOS device and a hankering for a classic RPG from the father of Final Fantasy, you might want to check out Fantasian. Just be prepared for the second half to shake things up a lot, in both good and bad ways.

Sudden non-linear progression is jarring, main story is almost entirely absent until the very end, side stories are nice but feel too compartmentalized, character interaction is lacking, bosses can feel too punishing unless you execute mechanics perfectly, anti-grind measures are frustrating, lots of backtracking.

Part Two stumbles when it comes to story, but adds complexity and challenge to the Fantasian experience.