If Square Enix would have paid a little more attention to what the hardcore audience might have wanted... this game would have been a must-have for everyone. Instead, it is just another good version of an already legendary game. 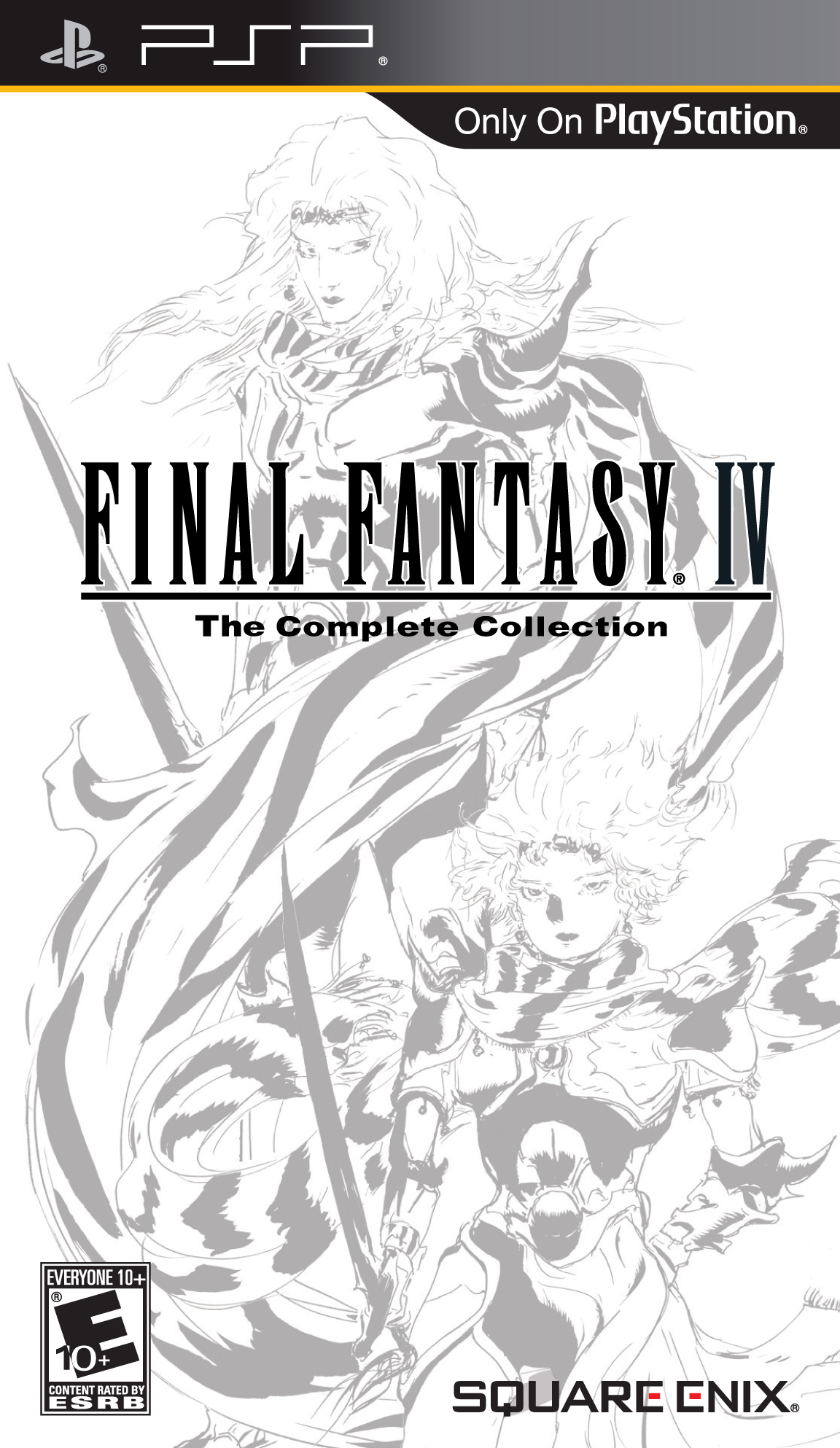 I am an unabashed Final Fantasy IV apologist and lover. With the purchase of Final Fantasy IV: The Complete Collection, I have now purchased five versions of the same game. From new CGI and increased difficulty to voice acting and the inclusion of the After Years, each edition of Final Fantasy IV is different and should be evaluated carefully. Even though I felt that Final Fantasy IV DS was a must have, this game falls just short of the essential mark.

If you don’t know the story of Final Fantasy IV and The After Years, let me quickly share it with you. The Kingdom of Baron has inexplicably started to gather crystals by force, robbing the Blue Planet of balance, and causing monsters to arrive at a frenzied pace. The leader of Baron’s military air force is a dark knight named Cecil who suddenly questions the king’s motives after slaughtering innocent mages. Cecil defects from his homeland and begins a transformation from a dark knight to a Paladin and along the way develops relationships with kingdoms all over the world.

Behind the sinister plot is Golbez, a man with a lot in common with Cecil, and who is a puppet to an evil force on a moon that circles the Blue Planet. From characters that only have a short time in Cecil’s party like the twins Parom and Palom, to his love the white mage Rosa, to the mysterious Dragoon Kain, Final Fantasy IV is filled with memorable and sometimes complex characters.

After defeating evil and bringing peace to the planet, Final Fantasy IV: The After Years is a series of interwoven vignettes that examine a young girl’s quest to re-enact the plot Golbez carried out a generation before. In The After Years, you play as some of the main stars’ children like Cecil and Rosa’s son Ceodore, as well as some of the characters from the main quest like Yang, Edward, Rydia and Edge. The After Years follows a similar plot arc as the main quest, and you can expect for the good guys to win again.

Since you’re probably well aware of the story, here are the nuts and bolts of what you really want to know. The main quest functions the same as it always has. The graphics are improved from any previous version to date. Various spell animations have been redone, and sprites pop on the PSP screen better than they ever have. This iteration of the game includes a nice auto-battle option by using select. In doing so, Cecil and the gang can cut down on easy enemies in no time, which is especially helpful during the end-game grind.

When it comes to the audio, wearing a nice set of headphones really pays off. The game is known to have one of the best soundtracks ever recorded, and there are new arrangements of classic songs in The After Years. In sum, the main quest is everything you always remember about what made Final Fantasy IV so great, but it is just a little cleaner and a little fresher.

With that said, some of the features taken out really have me scratching my head. Unlike Chrono Trigger DS, which allowed for the user to dictate his or her gaming experience, Final Fantasy IV: The Complete Collection has forced some decisions on the gamer. For example, the voice acting from Final Fantasy IV DS has been taken away. Even if some people aren’t crazy about hearing Tellah scream “You spoony bard,” I personally enjoyed it and missed it when absent here. In addition, I feel as though the game should have allowed users to choose a difficulty setting when playing. It’s clear that this version is far easier than some of the versions that have been released.

Even though the main quest doesn’t feel like a major upgrade, The After Years definitely feels like an improvement. Because it began as a cell phone serial, the game didn’t look that sharp on the virtual console and felt like a rush job. With the Complete Collection, The After Years feels like a game with some polish. I didn’t do a comparison of the script versus the VC release, but it also felt like the plot flowed better.

My biggest gripe with The Complete Collection is that the game feels like a cash grab at its core. The Interlude is a two-hour adventure that doesn’t really add much to the experience. Unlike The After Years, which is creative in figuring out new ways to feature old dungeons, The Interlude offers none of that creativity and revisiting old dungeons becomes annoying. Furthermore, because the game incorporates the main quest data with the Interlude and The After Years, it makes no sense for Cecil in The After Years to start off at level 30, right after you’ve beaten the game at level 65. It’s unacceptable for him to be bereft of his Crystal Sword or Rydia to have somehow “forgotten” Meteor. Because of this, I felt like my completion of the main quest didn’t matter during my After Years experience, and that’s just wrong.

Overall, Final Fantasy IV: The Complete Collection is a solid package, especially with an MSRP of $29.99. Even though it isn’t the definitive version of the game, it is a solid way into the franchise and the best way to experience The After Years. If Square Enix would have paid a little more attention to what the hardcore audience might have wanted, instead of a simple cash in on a tried and tested formula, this game would have been a must-have for everyone. Instead, it is just another good version of an already legendary game.

The Interlude, lack of integration across main quest and The After Years, easy difficulty.

With the addition of the After Years to an already solid package, Final Fantasy IV: The Complete Collection is a worthy addition to any PSP library.