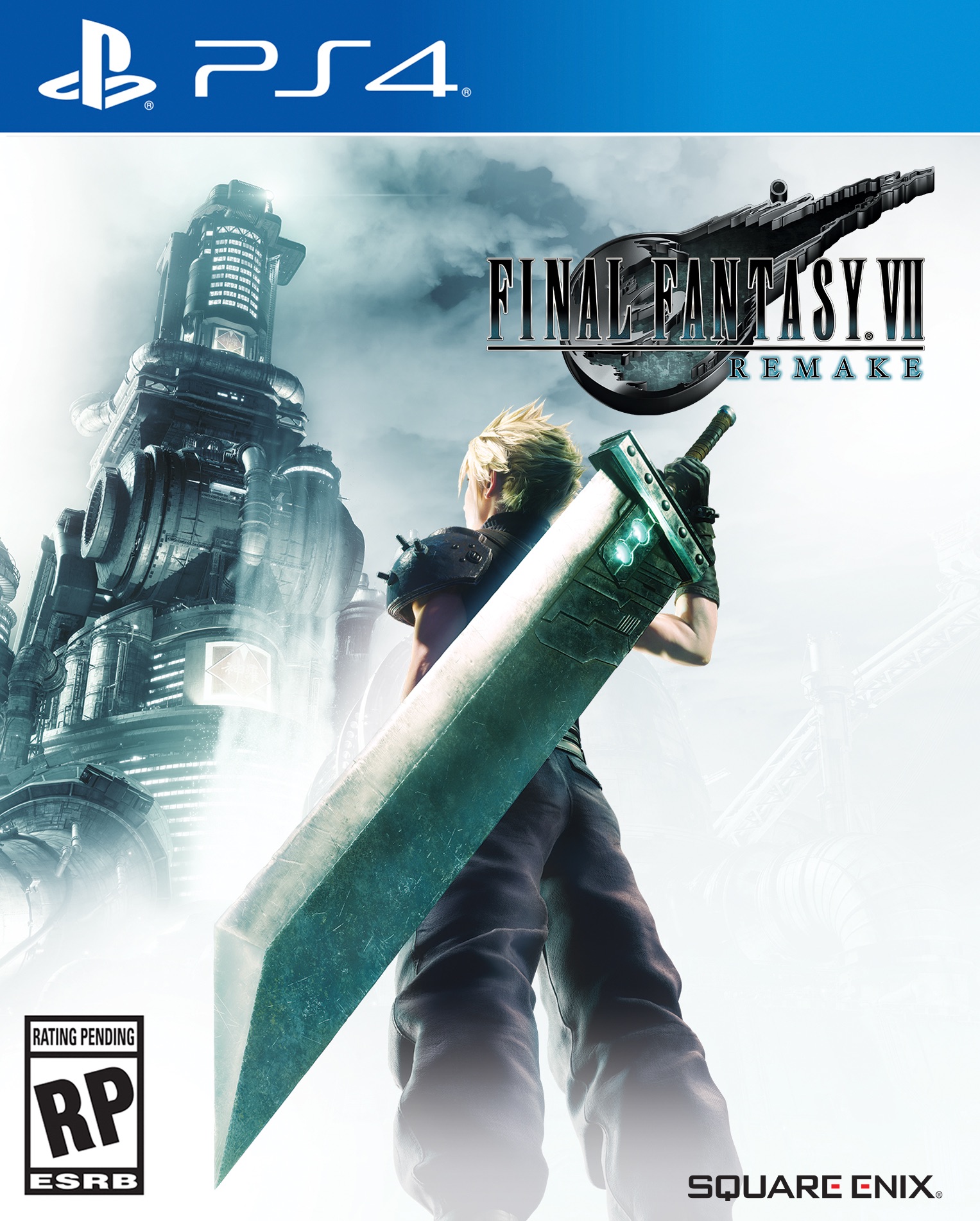 Final Fantasy VII Remake was one of my most anticipated games of all time. The original remains one of my favorite RPGs, and when Square Enix announced the remake would be a delayed release for PC, this motivated me to buy a PlayStation 5. I played the remake on PlayStation 5 a year ago, and I was ecstatic to jump back into the game with the PC release. I was a little trepidatious because I’ve had mixed experiences with console-to-PC ports, but Final Fantasy VII Remake played smoothly for me from start to finish.

Final Fantasy VII Remake is a bit of an odd remake. It’s a 30-hour version of a six-hour portion of the original game: the party’s journey in the industrious city of Midgar. Naturally, this means the plot has new elements, characters get more screen time, and small areas have been expanded to hours-long portions of the game. Additionally, the story is not just a one-to-one retelling of the original. All the blockbuster moments from the original game are here, but the remake alters the themes of the story and some major plot elements. It helps to think of Final Fantasy VII Remake as a reimagining instead of a remake. The original game’s spirit is present, but the remake offers something close to a new story. While I like some of its changes more than others, I appreciate that the narrative changes make the remake feel like a fresh new experience, even for someone who knows the original like the back of their hand.

The remake’s stunning presentation improves upon many moments from the original game. I’ve long felt that Final Fantasy VII leads with the best opening hour in video game history. Final Fantasy VII Remake manages to take everything great about that opening — from its fast pace to its impressive worldbuilding — and add beautiful environments and characters, revealing dialogue, and exciting cinematography. The game’s lovingly orchestrated soundtrack, which pays homage to the original game but never becomes too predictable, accompanies this stellar opening and helps it feel like a big-budget action movie. When the game is at its best, this is how it translates scenes from the original game; you get everything the original offered and more.

Unfortunately, the remake includes padding that does little to advance the plot and isn’t the most engaging. You find most of this padding in the game’s optional sidequests. The sidequest-heavy segments are a mixed bag. Some of these sections, like the remake’s take on the bustling Wall Market, turn a short but memorable portion of the original game into a smorgasbord of hysterical sidequests and minigames. Others are dull and add little to the plot or characters. The game’s momentum comes to a screeching halt when it follows up a high-octane action scene with mundane sidequests for an NPC who asks you to find their lost cat or kill some rats. Fortunately, since these sections are mostly optional, you can get through them quickly if you aren’t enjoying them. However, I usually found the rewards too enticing to pass up.

Final Fantasy VII Remake’s combat system is one of its selling points. Unlike the original’s turn-based battle system, the remake introduces action-based combat that borrows elements from the original game. During combat, you control one party member at a time and can move, dodge, and use basic attacks in real time. As battles progress, each character’s active time battle (ATB) meter fills up. Once you fill a character’s ATB meter, you can slow down time and use that character’s abilities, spells, items, or summons. Abilities, spells, and summons can dictate battle outcomes, and they’ll be familiar to fans of the original game.

The system is a hybrid of typical action RPG combat and turn-based gameplay. You go from actively dodging and countering attacks like you would in a modern action RPG to opening up menus that drastically slow down combat and let you carefully consider your next move. The remake’s combat system does a great job of modernizing the original game while preserving certain elements that longtime fans like me appreciate.

During battles, you can switch between party members with the press of a button. Each character plays a little differently. Cloud, for example, boasts medium speed, high-damage attacks, and the ability to counter melee attacks. On the other hand, machine gun-wielding Barret is ranged and can charge his gun up for an explosive attack. I liked switching between characters as the game went on. Whenever combat started to feel too routine, I could change it up.

Still, the way the remake handles controlling characters other than Cloud in battle could use some work. When Cloud is in the party, he’s the only character you can use outside of combat. So when you finish a battle Cloud was present for, the camera pans back to him — no matter who you controlled when combat concluded. This often felt distracting and awkward. When Cloud is absent from the party, you can control another character outside of combat, but these moments are rare. It would have been nice to walk around as each party member throughout the game.

The original game’s materia system also returns in the remake. You can place gems called materia into your characters’ equipment. Each gem buffs a character or provides a new ability. Materia lets you customize how each character plays. For example, if you want Cloud to be a spellcaster, you can load him up with materia that teach him new magic and pick weapon upgrades that raise his magic attack. Materia slots can also inform what equipment you decide to deck your characters out in. I loved the materia system so much that I almost always opted for weapons with the most materia slots, even if other weapons did more damage.

Before I started playing Final Fantasy VII Remake, I was concerned with how the game would perform on PC. Ports often fail to control or perform well on PC, even on high-end machines. The remake’s control scheme doesn’t lend itself well to a keyboard and mouse, so you’ll want to plug in a controller. In terms of performance, I had no issues. The game ran at a consistent framerate, and I didn’t experience a single crash during my playthrough.

Overall, Final Fantasy VII Remake’s base game offers a totally fresh take on Final Fantasy VII‘s story and hits many nostalgic notes that series fans will appreciate. However, newcomers should know that the game includes a few scenes that reference elements from the original or foreshadow events likely to occur in subsequent installments. At best, these scenes will be lost on newcomers. At worst, these scenes are likely to confuse them. The game ultimately stands well on its own, but some of its moments will be more meaningful to those who played the original.

Once you finish Final Fantasy VII Remake‘s story, you can dive into the INTERmission DLC. The DLC follows Yuffie, a fan-favorite ninja from the original game, as she journeys through Midgar to steal the ultimate materia. INTERmission’s story is brief but enjoyable and contains some of the best enemy designs in the game. While the base game includes some boring enemies that are high on health but don’t do anything interesting, I loved every fight in INTERmission. INTERmission is on the shorter side, but it provides one of the game’s better dungeons and includes some key context for where the series is going. Even if you’ve already played Final Fantasy VII Remake, it’s worth checking out this DLC.

The DLC also contains the Fort Condor minigame, a card game in which you take creatures from your deck and deploy them on a board so they can fight their way to your opponent’s base. I had a blast with this minigame. You start with a mediocre deck, but you can collect more cards as you beat opponents, fight monsters, and check shops. By the time I was done with the DLC, I had spent more time playing Fort Condor and tinkering with my deck than I spent on the story!

Final Fantasy VII Remake is a game you don’t want to miss if you’re a fan of RPGs. If you don’t have a PlayStation 5, this port is an excellent way to experience the game.

Controls can be awkward at times, some new additions add little to the plot, some scenes may be confusing for new players.

Final Fantasy VII Remake on PC is an excellent port of a must-play RPG for fans of the original and newcomers alike.