Final Fantasy XII: The Zodiac Age is more than just a fun game; it's an achievement for the RPG genre as a whole. 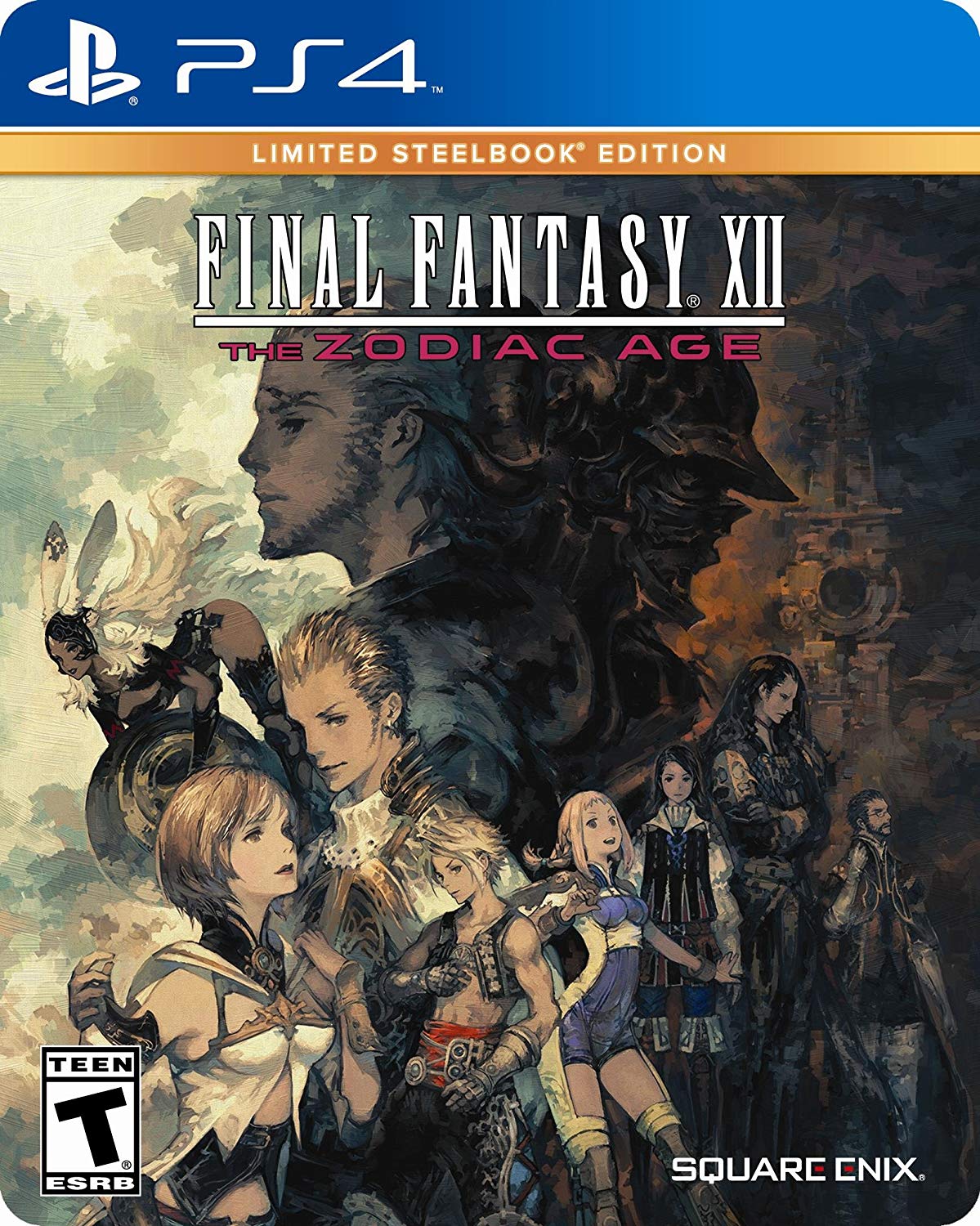 HD remasters are a dime a dozen nowadays, and while I’m a big fan of presenting great games to a new audience, I’m always a little let down by the fact that the problems that plagued the original are often never really fixed. Enter Final Fantasy XII: The Zodiac Age, an HD remaster that seeks not only to reintroduce the game to players, but to make sure they get a better experience than they originally could. Based on the Japan-only enhanced edition of XII, titled “International Zodiac Job System,” the game now boasts a ton of new features that truly bring the original into the modern era.

Just like in the original, the unique combat mechanic known as Gambits is what sets XII apart from any other game in the series. Gambits essentially let you do some simple programing of your AI companions. You set a target (“Foe,” “Ally,” or “Self”), a condition (such as “Status = Stone”), and an action to be used when the condition is met (such as “Esuna”). After your Gambit is set, you’re then able to specify its priority.

For example, the top Gambit for my White Mage in the game’s final act was “Ally: Status = KO – Arise,” which meant that my fallen party member would be revived with full health. The next Gambit set was “Ally: HP < 40% – Curaja,” which healed my entire party whenever one ally’s HP was below 40% of their overall health. Heals for status ailments and use of Ethers for low MP came next, with my final Gambit being “Foe: party leader’s target – Attack.”.

Because of the priorities of the Gambits, my White Mage would revive a fallen ally before they would heal a character with less than 40% of their HP, and they’d only attack an enemy if the previous conditions had yet to be fulfilled. The system can seem intimidating at first, but it becomes a lot of fun once you purchase more Gambits and start experimenting.

While I loved the customizable combat, what truly captivated me was the game’s cast. There’s Basch, a noble knight trying to uphold his sworn and sacred duty; Ashe, a princess who questions how far she’ll go to reclaim her kingdom; Balthier and Fran, a pair of sky pirates trying to outrun their pasts; and Vaan and Penelo, orphans who lost everything and are simply looking for their place in a war-torn world. The arcs of Basch, Ashe, and Balthier easily steal the show, though I still found myself invested in the others as well, despite my desire for the script to do something more with them. Watching the ragtag group slowly learn to trust each other was an absolute delight, and this ensemble is one of the best in the series.

The supporting cast is great as well and I was surprised at just how much I cared about everyone’s wellbeing. It’s a shame, then, that the story’s main villain feels completely melodramatic—and not in a fun way. The character is simply boring and downright trite, coming across as evil simply because the script needs them to be. I found that the supporting villains were not only much more interesting and complex, but threatening as well.

Although the thespian script is deliciously cheesy, the plot is painfully predictable, even by Final Fantasy standards; too often I felt like the narrative played it safe. While it does toy with some interesting themes, such as the hubris of man and how absolute power corrupts absolutely, it never explored this in as much depth as I would have liked, making the story feel a little hollow. It also doesn’t help that the plot loses its momentum just as it’s gaining it, resulting in an extremely weak second act.

That being said, the main cast truly makes up for this lackluster and clichéd tale. Every party member has experienced a great loss in some capacity, and watching their struggle to move on throughout the story was far more of a rewarding experience in my eyes than seeing the plot through to its conclusion. Final Fantasy XII is, at its core, a tale about finding and holding onto hope, and it’s able to bring out this central theme through these characters rather than its overarching story.

What really makes The Zodiac Age feel like a different game compared to the original release of XII is the new job system. Each character can have two out of twelve job-specific license boards, and you may find that what one job can unlock might benefit the other. My Machinist was also a White Mage, and because of this, they were able to eventually wield a greatsword. Coming up with a good job combination for the overall composition of my party was very enjoyable, and I felt like the system encouraged me to try different teams depending on the combat situation. While Gambits made battles fun to begin with, the job system introduced an additional layer of strategy that I greatly appreciated.

There have been changes to the UI and overall gameplay enhancements as well. Area maps can now be displayed as a transparent overlay on the screen, and you can fast-forward traversal and combat by 2x or 4x the normal speed, which makes grinding painless and enjoyable. The gorgeous soundtrack has been rerecorded (though you have the option to switch to the original score), textures have been reworked, and the game now has an auto-save feature. These tweaks may seem minor, but they really help to make this feel like a worthy remaster.

I enjoyed my time with this title immensely. This is more than just the original with a facelift; this is truly a different experience. Even if you didn’t take to the initial release, the inclusion of the job system and overall enhancements warrant you giving this game a second chance. Final Fantasy XII: The Zodiac Age is more than just a fun game; it’s an achievement for the RPG genre as a whole.

An uninteresting villain and a predictable, by-the-book plot.

Final Fantasy XII: The Zodiac Age is a superb RPG. Regardless of how you feel about the original, the new job system and overall gameplay tweaks ensure that this remaster is a worthy addition to your catalogue.