... Ghost Trick marries gameplay to story like every game should. 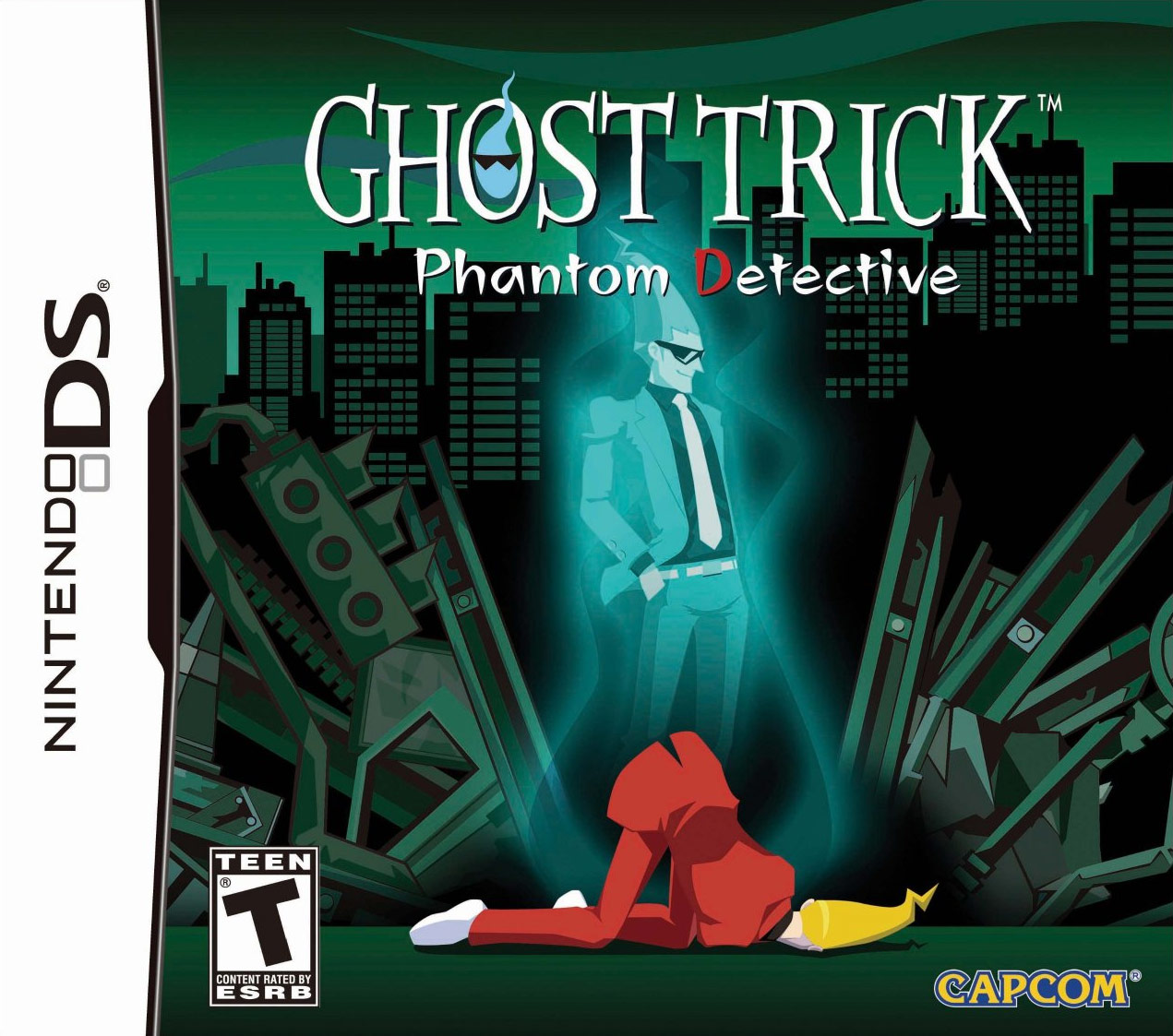 Ghost Trick: Phantom Detective begins when most games end: at the moment of the protagonist’s death. Ghost Trick consistently upends such expectations, and I stepped away from the game with a potent impression. This is a game that delivers puzzle mechanics unlike any others, bending conventions in a rather conservative genre. Perhaps even more unexpected, the characters and world set up in Ghost Trick have stayed with me longer than those in many games. Ghost Trick doesn’t strive for individuality; it was born with it.

When protagonist Sissel awakens as a ghost, he knows only what he sees: his lifeless body doubled over in a junkyard and a girl about to be gunned down by a golden shotgun. When she dies and a desk lamp starts telling Sissel how he can save her, a night of strangeness and mystery begins. Sissel must unravel the tangled lives of a dozen indelible characters to answer the most fundamental of questions: Who am I?.

Ghost Trick spins an involved and complicated mystery with carefully timed revelations that keep the player guessing until the end. Such complexity comes at the cost of being potentially overwhelming, but chapters can be replayed to help those who misremember details. Most mysteries have resolutions that don’t do justice to their set-ups, but Ghost Trick’s ultimate reveal stays true to the game and puts a fantastic twist on the entire chain of events. Replaying the game equipped with that knowledge might reveal further intricacies of the plot. The narrative has its contrived moments, but the overall story arc satisfies, partially thanks to the memorable tone and characters.

Ghost Trick exhibits a schizophrenic tone that juxtaposes seriousness with absurdist humor. The individual moments not only work by themselves, but also form a cohesive whole when strung together. The serious moments made me think or feel without being too maudlin, and the humor made me smile and occasionally burst out laughing, a rare incident with video games. And on the larger level, Sissel’s world may be distant from our own, but it’s consistent in its oddity. Characters act with irrational whimsy and what would be deemed insanity in our world, but in Sissel’s, all this seems right.

The cast of characters will likely stay with me for some time. I would gladly spend more time with Sissel, despite his lack of self, and even the minor characters, who range from endearing to delightfully creepy. Although Ghost Trick is bursting with dialogue, only a few characters do most of the talking. Characters are instead developed visually, through non-verbal behavior, color, and dress. This approach to character development makes full use of the video game medium’s special attributes. I’ll remember the characters most not for what they said, but for how they looked, moved, and carried themselves.

The art style might be great, but the actual graphics make the aforementioned visual development possible. The animation is astounding. Characters walk, run, dance, and generally go nuts with amazing fluidity. This is one game that must be seen in action to be appreciated, and I’ll waste no more words trying to explain. An excellent bouncy synth soundtrack supports the visuals. Some tracks evoke great nostalgia, while others create tension and immediacy. Of course, some are just for fun as well. The tracks are heavily recycled, but I didn’t mind hearing the pumping melodies over and over.

Not every ghost can muster tricks, but Sissel is a special specter. He can possess and move between inanimate objects, speak to other spirits, and even time travel. When Sissel finds a dead body, he flashes back to a time four minutes before the corpse was born. Using these “ghost tricks,” Sissel changes the future by redesigning the past.

This central gameplay mechanic examines the root causes of undesirable effects, namely death. Ghost Trick emphasizes the importance of seemingly random and meaningless actions and brings attention to the difference a second can make. Seconds are longer than you think. After playing the game, I found myself trying to trace effects as far back as I could, seeking some original cause. This idea may have been explored before in other means, but Ghost Trick marries gameplay to story like every game should.

The puzzles are appropriately challenging and have solutions that often brought a smile to my face. Objects and characters interlock in clever, entertaining ways that makes the dialogue-heavy gameplay fun. As the game progresses, Sissel takes on increasingly complicated and messy situations, some involving more than one corpse. Some puzzles allow Sissel to freely navigate a series of objects, possessing and manipulating them to various effects, without any chance of failure. I experienced occasional trouble traveling between objects with the stylus, but this was never a damning problem. About half of the puzzles have a time element and can, therefore, be failed. Repeating segments after a failed attempt at a solution can be boring, but dialogue can be fast-forwarded at a merciful speed.

I experienced real frustration only when I wrongly thought I already examined an object, only to find it was the one thing necessary for a solution. The screen is never overly populated by possessable objects, but some overlap, making them easy to miss. Sometimes a tiny Christmas ornament can make all the difference. Whether a player sees this as poor game design or a brain failure depends entirely upon his attitude (and sometimes, honesty). The only objective complaint I have concerns the lack of gameplay evolution. Only once, late in the game, do the mechanics change; progressively powerful ghost tricks would have been welcome. Regardless, the scenarios are varied well enough (and the game brief enough) to prevent stagnation.

Ghost Trick: Phantom Detective exudes a certain anarchistic liveliness and joy I find appealing. I found unexpected optimism and comfort here, in a game with such morbid themes. By the closing credits, I simply felt good. I walked away from Ghost Trick a little happier, and isn’t that the most we can ask from a game? Those seeking something different from the norm in the graphic adventure realm should find happiness here, an invitation I extend to any lover of games.

A graphic adventure that does everything its own way, which happens to be the right way.