...thanks to the way the game loops have been devised as well as the various roles characters can play in each scenario, Gnosia becomes a bit more nuanced and complex. 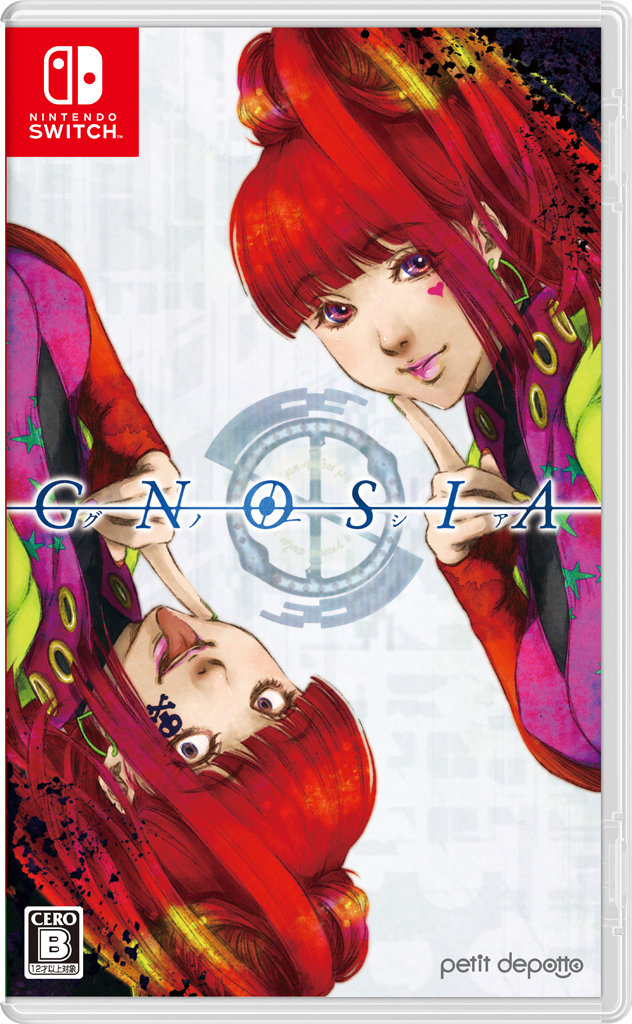 Among Us is an extremely popular game where players try to determine who is the traitor in their midst. So what happens when you combine the concept behind Among Us with a compelling VN sci-fi narrative in the vein of the Zero Escape series, while also throwing in strong RPG elements? When the stars align brightly, you end up with the extremely clever Gnosia.

When starting for the first time, players arrive at a surprisingly detailed character creation screen where they name their avatar for the coming journey, choose their gender (including a non-binary option) and a color to represent themselves, then upgrade statistics that have an impact on gameplay and story sequences. Afterward, your character wakes up in the middle of an already rather harrowing experience inside a spaceship that has come under threat of an alien species called Gnos. These aliens have the ability to infect humans, who are then referred to as Gnosia, with the desire to eliminate all those around them who are not infected.

You must help the rest of the ship’s passengers determine who in their midst are the dreaded Gnosia before they can whittle away your numbers and fully take over the ship. This is accomplished through group meetings where everyone presents evidence and speculation and debates the true identity of the Gnosia and their allies. At the end of the five rounds of a given meeting, a vote is held and the most suspected person goes into cold sleep. The next phase of the game repeats this process until one of four conditions is met: every Gnosia has been accounted for; the Gnosia have overrun the ship; you’ve been voted into cold sleep yourself; or you are eliminated. Following victory or demise, the game will “loop,” and players can start over in a new scenario.

On paper, the premise sounds fairly simple, as one just has to root out the Gnosia before falling victim to them. However, thanks to the way the game loops function and the various roles characters can play in each scenario, Gnosia becomes a bit more nuanced and complex. You might find yourself simply as a human member of the crew one round, with the primary purpose of trying to survive and piece together who is what while also under suspicion yourself. Or you could be an Engineer, who can pick one person every night to investigate for Gnos infection. You could also be the Doctor, who determines if people put into cold sleep really are Gnosia or not. There are even certain roles where you can lie and claim to be a profession you aren’t to throw doubt on the real deal’s findings. Or you could choose not to since how you decide to play that part of the game is left entirely in your hands. These roles are not without risks either, as announcing them can instantly put a target on your back come nightfall or through the debates.

Gnosia handles the element of strategy incredibly, as each gameplay loop offers a different setup for you to experiment with. Gunning for someone who you know is an enemy isn’t always the best approach if they have more trust amongst the rest of the crew than you do, and sometimes it proves beneficial even to go after a character you know isn’t Gnosia if it helps you gain affinity with other characters for a given round. Stay quiet for too long and others will start getting suspicious, but be too boisterous and characters may trust you less. Players have to find a good balance for when it is time to remain silent or push back during the cold sleep debates.

Truth be told, when you first start the game, your character levels are too low to allow your various statistics to be of much help. For instance, Performance makes you a more convincing liar, while Charisma makes people more likely to trust you. However, you earn experience as you play more loops and can potentially then level up your character’s various stats in the next loop. Increasing stats also opens up new skills and abilities you can use to help you during debate sessions once you learn them from various characters. I was partial to Regret once I was deemed more trustworthy because it threw characters off my back and even gained me some support during the debates. The higher your level and stats are, the easier it becomes to successfully get your point across before voting starts. In that way, this visual novel has surprisingly strong RPG undertones, with your “battles” in this case involving words instead of physical fighting. You can collaborate with other characters at times, too, in order to bolster trust, though these alliances can also backfire if you’re not careful, depending on the ally character’s role in a given loop.

Speaking of which, each gameplay loop offers a unique experience. There are even some cases where you take on the role of a Gnosia yourself and work with allies to sabotage the rest of the crew. Personally, I found these segments to be some of the more entertaining in the whole game, given how differently your strategies will be, as well as how surprisingly insightful they could be initially for story purposes. Besides, it isn’t often you’re allowed to play as the “bad guy,” so it was undoubtedly an original role! There are even specific loops where you must achieve special conditions for victory outside of your normal goals, such as ensuring a particular character survives until the end of the loop or until you have to place someone specific into cold sleep.

To finally achieve Gnosia’s true ending, you have to go through numerous loops to uncover bits of personal data about the rest of the crew. A helpful Event Search eventually opens up that helps you narrow down the possibility of seeing an event or story scene. However, given the randomness of the loops, uncovering those events is not guaranteed since you might need certain characters to be in various roles to begin with or for one or more to survive throughout the rounds.

The loops themselves are short affairs (usually) that can take as little as five minutes or at most twenty minutes, depending on what happens. Because of that, I suspect that the game is meant to be played in short bursts. Indeed, I most enjoyed the gameplay when I had an hour or so to kill and just turned on my Switch for fun. The repetition of the loops as you try to uncover events going for longer time periods can honestly be draining, which is perhaps Gnosia‘s biggest Achilles’ Heel. I was not a huge fan of the randomness, in particular once I’d narrowed down the crew information I needed to a scant four pieces, because I found myself repeating loops constantly to level up and somehow unlock those last few tidbits.

Storyline-wise, Gnosia is rather creative and original. The plot point behind the loops is excellently interwoven into the game itself, and the concept behind the true intentions of the Gnos are fascinating. It is an entertaining science fiction tale with a compelling undercurrent of mystery. While the characters seem like little more than extreme tropes at first, they show surprising depth and become quite memorable as you uncover more events involving them. I found myself liking all of them to some degree by the time the plot ultimately played out. Standouts amongst the cast were the shy and sweet beluga whale Otome, the terrified Remnan, the haughty Raqio, and your comrade-in-arms Setsu. But even characters I wasn’t quite sure of at first, such as flirty Sha-Ming and the lying SQ, had unexpected moments and somehow grew on me as the story progressed.

For the most part, I was very much impressed with the inclusion of non-binary characters into the cast, especially since Raqio and Setsu proved to be two of the title’s standout characters. However, there is one scene you have to uncover involving a non-binary character that I just really wish hadn’t been in the game, given how uncomfortable it is. Not only that, but it serves no purpose in the plot and is extremely unnecessary.

Graphically, Gnosia is your typical VN in terms of its visual presentation, with still artwork and character art serving as the game’s backdrops. I found the backgrounds to be detailed and colorful, and the character portraits incredibly expressive, especially when a character is revealed to be a Gnosia! The game zooming in on the character art during the cold sleep debates gave the impression of being in an important conversation, too. The art is vibrant and altogether beautiful, and helps convey the story nicely.

There is no voice acting in Gnosia, and the music is serviceable at best. However, there was one song that played during especially intense moments that could become grating when it repeated. Truthfully, I played the game on mute for a little while at one point and didn’t find that taking out the music really altered the experience a lot either way.

By the time I finished Gnosia and reached the true ending, I had played 210 Loops, and I almost felt as though the game was dragging on. Still, I had fun with the numerous escapades I got into when I could play at a more leisurely pace, and the ending sequences made me feel as if the overall experience was worth it. It has been a while since I’ve played such a creative single-player visual novel, and I enjoyed my time experimenting with the various loops and getting to know an endearing cast of characters. This is a title I can easily recommend to gamers who are patient and looking for a solid, unique visual novel experience. Just be sure to start up an entirely new game save once you see the ending credits for the first time and then see what happens. …Trust me, okay?  It is worth it!

That one shower scene, loops can get repetitive when playing for longer periods of time, music is not that impressive, takes a lot of work and energy to reach true ending.

An immensely original and thought-provoking visual novel that rewards those who have patience.