...all you really need going into Age of Calamity is a love of cleaving through armies and the patience to see its more monotonous segments through to their end. 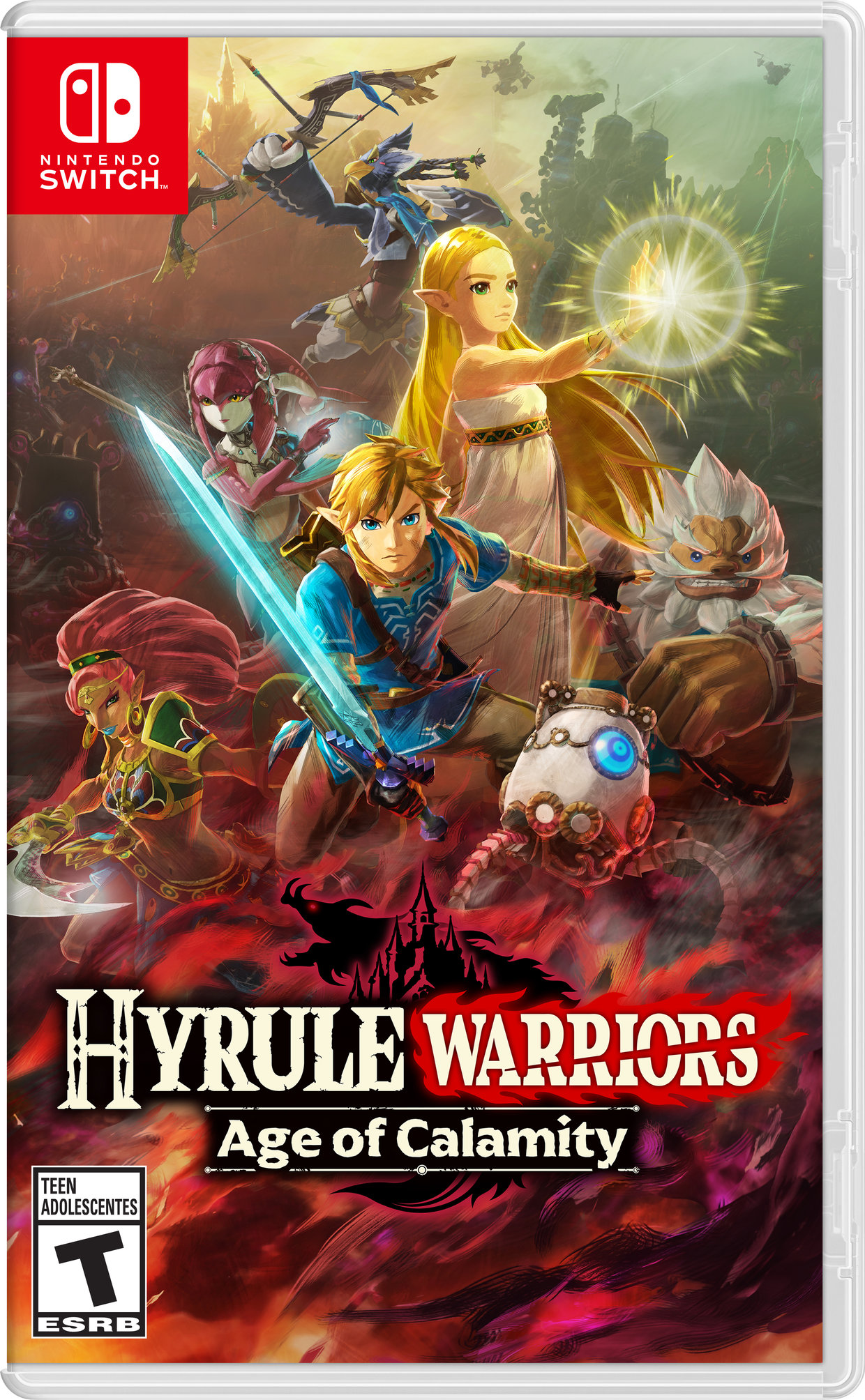 Set one hundred years prior to the events of The Legend of Zelda: Breath of the Wild, Hyrule Warriors: Age of Calamity is an addictive addition to the Hyrule Warriors series. In it, you control a wide variety of characters as they shred through an endless stream of enemies and work towards stopping the oncoming Great Calamity. Although intricately tied into the world of its pseudo sequel, Age of Calamity gives players everything they need to enjoy their foray into the vast world of hack-and-slash Hyrule, regardless of their prior familiarity — or lack thereof — with Breath of the Wild.

I myself have no experience playing Breath of the Wild, but that didn’t hamper my enjoyment of Age of Calamity’s cast and story. Breath of the Wild’s legacy means you may recognize some of the characters aside from the renowned Link and Zelda. And even if you don’t, the characters all exude distinct personalities not only through incredibly diversified playstyles, but also through dialogue and mannerisms during both cutscenes and gameplay. They even interact with each other in menus as you pick whom to send on individual sorties and call out to one another as you switch between them on the battlefield, further bolstering their striking dispositions. No external information is needed to grow attached to this plucky group of adventurers.

The story also doesn’t require any background information to enjoy. Plentiful voice acting, expressive animations, and dynamic camera work combine to clearly convey powerful emotion throughout the cutscenes. Zelda working to overcome her weaknesses at her own pace and not compare herself to others is immensely relatable and left me caring for the titular character more than I ever had before. These kinds of internal struggles are universal, and Zelda’s journey to save Hyrule with the support of those around her hits all the right notes of approachability and sentimentality regardless of which entries in the series you have or haven’t completed.

I can’t say I’m a Warriors veteran either, although I do have fond memories of the first Hyrule Warriors on Wii U. Still, Age of Calamity does a fine job of getting players into the game’s groove, be they Warriors aficionados or newcomers. A plentitude of practice levels, specially designed for playing around with specific characters, pervade the vast world map. These proliferate into countless miscellaneous challenges that allow you to bring characters of your choice for both practical training as well as leveling them up. While waiting for the levels to load, you can skim through hints relevant to the characters you’ve selected for a quick refresher. And during the battles themselves, non-invasive button commands pop up when a special action can be executed, such as pressing X to absorb a sigil when playing as Impa, or repeatedly pressing X as Teba to unleash a flurry of arrows.

Another thing that may normally be considered a key component of the Warriors experience is a TV for the action to play out on. Thankfully, Age of Calamity runs well in both the Switch’s docked and handheld modes. Lag is nearly nonexistent, even when the copious numbers of enemies that inhabit each map mingle with barrages of explosions and flashy special effects from your own attacks. All the while, characters and (surprisingly) the mini-map are clearly legible even on the small screen. And as the arenas you visit grow more complex, you can zoom in on the mini map — by pressing in the left control stick — for additional clarity.

The only time definition is lacking is in the darker levels. Starting around Chapter 6, you’re placed more and more in nighttime or indoor maps. While the decreased lighting is appropriate, the enemies and your surroundings can be incredibly indistinct when playing directly off the Switch’s screen. These maps are admittedly less frequent than their well-lit counterparts, but if you need to play them in handheld mode for whatever reason, they can turn out to be quite a test of patience.

Ultimately, patience is the one external factor that is absolutely necessary for enjoying Age of Calamity. Chapter 6 is also about the time when material and rupee costs for quests begin to grow inordinate, which is compounded by the number of characters at your disposal. Quests are simple tasks that have you give specific materials in exchange for rewards, including recipes to bolster your troops during sorties — at the cost of more materials — additional combo maneuvers for your characters, and even permanent heart increases. Thankfully, you can curate your quest completion to fit your individual needs. For instance, if there’s a character you don’t care for, you can easily ignore all their related quests. However, the more quests you complete in a specific area, the happier the population becomes, represented by a meter in the upper right corner of the map. Filling this meter rewards you with massive amounts of materials that may be necessary to complete quests for your favorite units.

There are also challenges and even chapter missions, which are needed for progression, that require the use of specific characters. Having the gameplay reflect the story is clever, but it makes you strive for a larger entourage of up-to-snuff warriors rather than focusing your attention on a small number of your favorites. So while you can largely neglect certain characters’ quests, if they end up being a required ally down the line, you run the risk of having a deadweight party member who doesn’t have fully unlocked combos or nearly as much maximum health as everyone else. And if any of your chosen — or required — party members fall during a mission, it’s game over. There’s also the matter of leveling them up; you can do this through paying rupees — which, like the aforementioned material costs, gets harder to keep up with as the game goes on — or by repeating past stages and knocking out enemies for experience points. While repetition is a genre standard, it can be pushed a bit too far when you’re repeating the same level again and again or fighting the same few bosses who reappear across countless challenges just to level up a trailing ally or get enough of a certain substance — the latter of which can be made even worse when the same things are needed for multiple characters’ quests.

Possibly the worst part of this tiresome grind is that it brings the onslaught of new challenges and chapter missions to a screeching halt. With Age of Calamity’s gratifying gameplay and spellbinding storyline, I didn’t want the influx of forward progression to stop. Checking off the seemingly endless number of quests and challenges on the world map is just as satisfying as scrubbing out all the waves of red representing enemies on each level’s mini-map, and I found myself unwilling to set the game down even when the going got rough. Thankfully, all you really need going into Age of Calamity is a love of cleaving through armies and the patience to see its more monotonous segments through to their end. So long as you know what you’re getting into, it’s far more exhilarating than sluggish — and prior knowledge of Breath of the Wild isn’t among the necessities.

Easy-to-learn and addictive gameplay, a touching story that can be appreciated even by players with no prior knowledge of Breath of the Wild.

The need to repeat past missions to grind for materials and levels can toss a wrench in the otherwise ceaseless fun.

Age of Calamity is a complete package, providing players with everything they need to enjoy the experience — even if they're new to Breath of the Wild or the Warriors series.