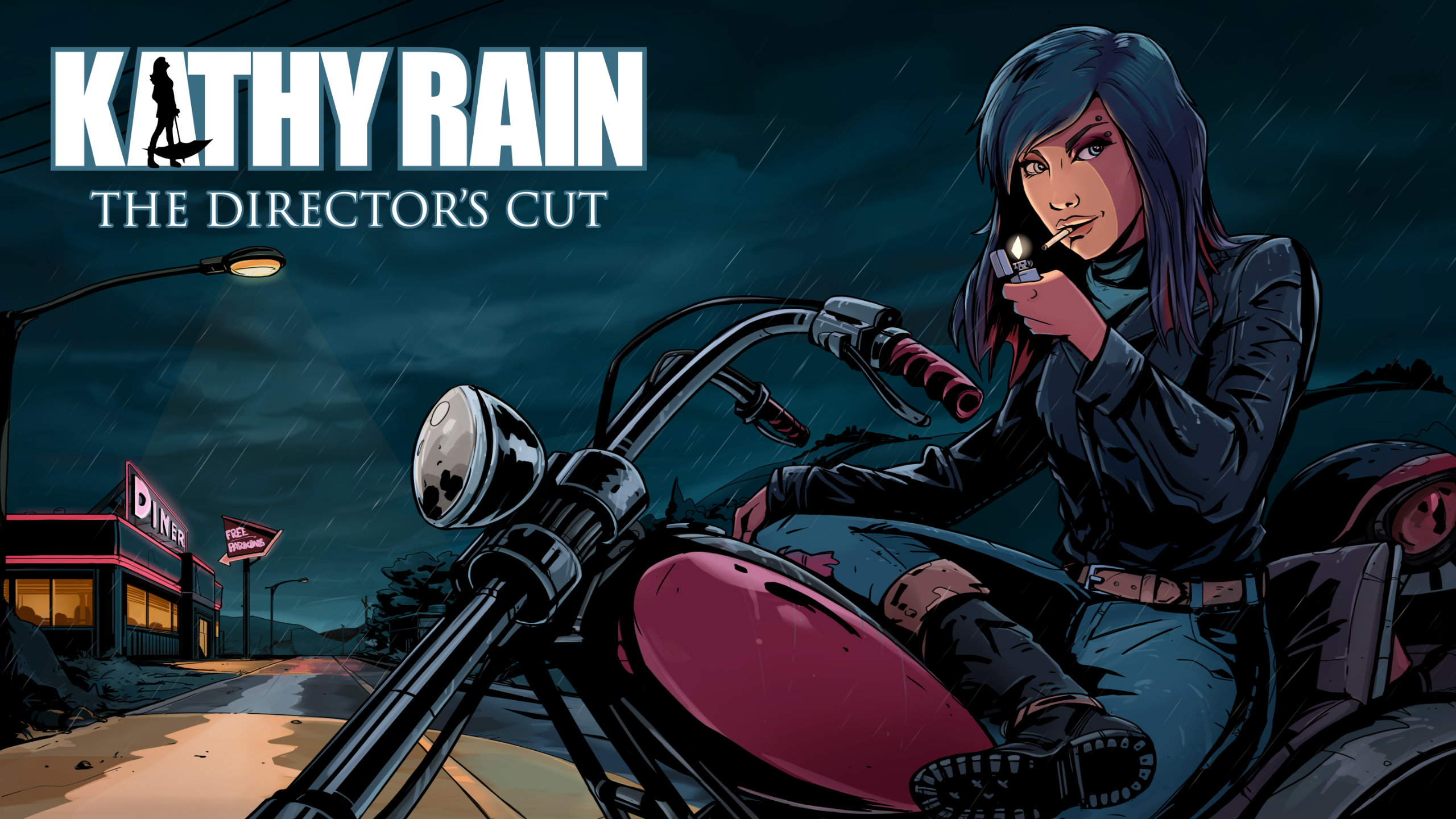 That’s certainly the case when it comes to commercial art. Whether writing a book, directing a movie, or producing a video game, the realities of time and budget can easily intrude on a creative vision. When that happens, ideas are often truncated and things get cut so the final product can release on time. That’s apparently what happened with the release of the 2016 indie point-and-click adventure game, Kathy Rain. Though many enjoyed the game, they also felt that some plot points and characters were a little underdeveloped and rushed.

Original publisher Raw Fury seemingly felt the same way, greenlighting a “director’s cut” edition of Kathy Rain that boasts additional voiced dialogue, an expanded storyline, new puzzles, and revamped graphics. Does the extra content give the title new life, or is it pretty much the same game it was back in 2016?

Taking place in the mid-90s, Kathy Rain: Director’s Cut is a tale of investigating family secrets and confronting your personal trauma (while also fighting the supernatural). After discovering that her estranged grandfather recently passed away, journalism student and 90s biker girl Kathy Rain returns to her childhood small town for the funeral. Determined to uncover the reasons why her grandfather spent the latter part of his life comatose, Kathy begins an investigation that will draw her into the underbelly of this allegedly respectable small town, only to find that the true key to the mystery might be the trauma of her own past.

The elephant in the room for Kathy Rain is the term “director’s cut.” When initially released in 2016, parts of the plot felt underbaked, likely because of a lack of time and resources. In this director’s cut, the one-person team at developer Clifftop Games clearly hoped to plug those holes and build this title into a much more cohesive and fulfilling experience. Unfortunately, I would say that they are only partially successful.

Presentation-wise, Kathy Rain does an excellent job across the board. The pixel art is solid, character portraits are full of personality, and the music always suits the scene’s mood. Though you might not notice a significant difference in the graphics at first glance between this and the original release, the screen resolution has been expanded from a 4:3 aspect ratio to widescreen. That means location backgrounds have been totally redrawn and characters now have more complex animations. In addition, game controls are also streamlined, leaving behind the verb wheel and embracing more modern single-click controls. You can now also play the game with a controller, which works fine (although, to be honest, I haven’t used a controller to play a point-and-click adventure game since Maniac Mansion on the NES).

Kathy Rain is strongly inspired by mid-90s television, pulling heavily from the seminal David Lynch and Mark Frost series Twin Peaks. While the story does have a few interesting original ideas of its own, Twin Peaks references quickly start to pile up until they are impossible to ignore. Homage is one thing, but story sections where a man in a red suit shows up in your dreams to give you cryptic clues are a little on the nose. These references continue to build into the latter part of the game, where things, unfortunately, get pushed into the realm of unoriginality. I adore Twin Peaks, but Kathy Rain often feels like a pale imitation rather than a loving homage.

Thankfully, those comparisons are primarily plot-based, while the cast of characters is much more original. Kathy herself is a compelling character, with an endearingly cynical point of view that slowly gets broken down as she digs deeper into her family history. The same can be said for much of her supporting cast. Eileen, Kathy’s roommate, starts the story as an apparent stereotype of a wholesome Christian girl, but that characterization gets quickly subverted, making her into a much more interesting and complex character. Frankly, I think that Kathy might be a bad influence on her! The townsfolk range from being friendly and helpful, such as Kathy’s grandmother or police deputy Larry, to downright antagonistic, like the lazy Sheriff who takes an immediate dislike to Kathy.

Voice acting is strong across the board, though with obvious signs that actors primarily recorded their lines in home studios. You can occasionally hear mic pops and sound quality issues, common problems with the voice acting in indie adventure games. I realize that renting studio time can be prohibitively expensive for indie titles, but surely production could spring on renting pop filters for their voice actors.

Even though the director’s cut adds hundreds of lines of dialogue, you will likely not notice many of the plot additions unless you have recently played the older version of the game. While scenes that expand on the unique friendship between Kathy and Eileen were welcome, there were other additions that I feel weakened the story, especially in the final section. The antagonists’ overall motivation is fleshed out at the expense of one of the more compelling supporting characters in the game. I personally felt that the original plot resolution was more fulfilling, doing a better job of tying up loose character threads, and I’m frankly at a loss as to why they changed things.

In terms of the gameplay, there is nothing out of the ordinary for a point-and-click adventure game. You travel between locations in town on your motorcycle, picking up everything that isn’t nailed down to add to your inventory. Though there are a few “rub one item against another” adventure game puzzles, Kathy Rain has more than a few genuine headscratchers that rely on deductive reasoning. Using story clues to deduce the combination to a briefcase feels much more rewarding than the average inventory puzzle you might find in other adventure games.

In addition to the expanded story and graphics, there are also brand-new gameplay sections, locations, and choices to make. Sierra-style death sequences aren’t my favourite adventure game mechanic, but their new appearance here never feels gratuitous. You aren’t going to accidentally end the game by clicking on a random object. Instead, most death sequences are essential parts of the plot, deepening the stakes of the story (which, to be honest, weren’t incredibly high in the original version of the game).

Kathy Rain may not be an exceptional point-and-click adventure game, but it’s far from mediocre. The five or so hours of playtime provide you with a compelling story, interesting characters, and some very nice pixel art. I enjoyed my first playthrough back in 2016, and I enjoyed my playthrough of the Director’s Cut today. Though there isn’t a massive amount of new content, the additional gameplay polish, voice acting, widescreen backgrounds, and puzzles make this the definitive version to play. If you’re looking for a shorter-form adventure game (and as I’ve said in the past, not every game needs to be a 30-hour epic), then Kathy Rain: Director’s Cut is a solid choice!

Derivative plot, not much added to the original version of the game.

Kathy Rain: Director's Cut adds in some interesting additional content, but is fundamentally the same overall experience as its original release.