...while Kingdom Hearts III is a far cry from a perfect experience, it's a wild ride into familiar worlds that is well worth the trip for veterans and newcomers alike. 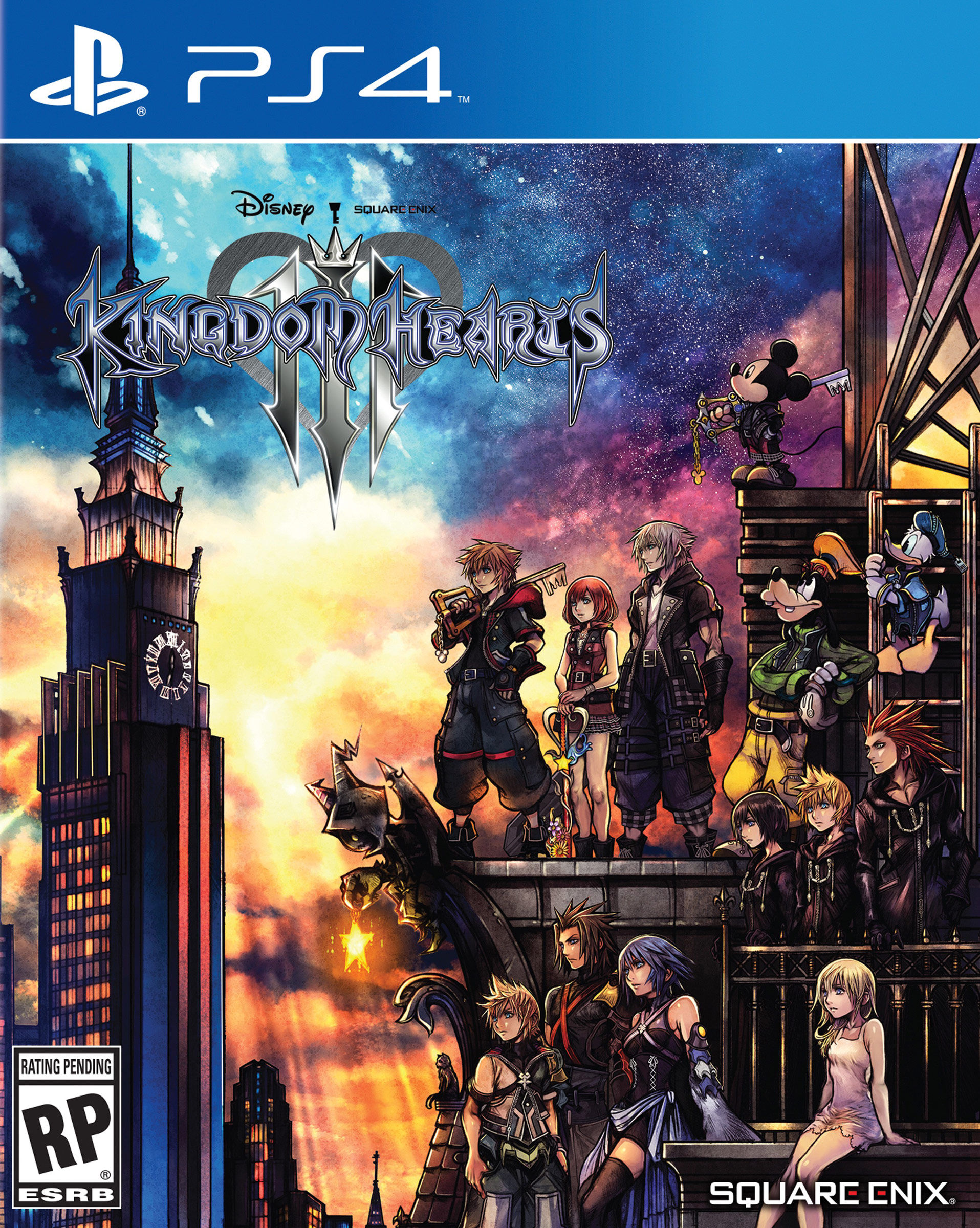 Editor’s note: Since this is roughly the ninth game in the Kingdom Hearts series, there will be spoilers for previous entries in this review.

Yes, it’s 2019, and yes, that means that Kingdom Hearts III is finally here. I’m hard pressed to remember another game which had as much hype and speculation — and as many disappointments and delays. Sure, there have been some excellent side games, but those were just appetizers. Kingdom Hearts III is the main course, and it is a satisfying entree. While nothing could fully sate the hunger we’ve had for this game, it is the purest expression of joy in the series and well worth your time.

Touted as the final game in the “Xehanort Saga,” Kingdom Hearts III has a lot of threads to wrap up. The story picks up shortly after Sora fails his Mark of the Mastery exam in Dream Drop Distance, leaving him without his full power. He begins a journey to regain his powers and also to acquire the “power of waking:” a mysterious ability needed to pass his exam. Mickey and Riku are off in the Realm of Darkness trying to save Aqua from captivity. Meanwhile, Xehanort is gathering 13 seekers of darkness. Sora and the team must gather seven guardians of light to eventually face Xehanort and the rest of Organization XIII in a showdown to prevent Kingdom Hearts from being opened.

Along the way, the game makes an admirable effort to tie up all of the loose ends from previous games. Unfortunately, that works partially to its detriment. The final hours are a long slog of plot points being resolved from every previous game, including some that were never localized for the West. You’ll find yourself looking at the in-game log entries and the internet to figure out what’s going on. Interestingly, this makes Kingdom Hearts III a fine entry point in the series. Regardless of whether you’ve played all of the previous games or none of them, you’ll be confused, so you can focus on the part of the story everyone should understand: its heart (pun definitely intended). In other games, the constant talk about people’s hearts might come off as a silly anime trope. Here, the earnest character interactions and relationships make the whole thing work. You just have to admire the dopey hopefulness of Sora in the midst of so many convoluted plot machinations. In the end, the story might not make a whole lot of sense, but it’s still emotionally satisfying.

The Disney worlds are at their all-time best here. There are a couple of returning worlds, like The Caribbean from Pirates of the Caribbean, and a number of new worlds, including San Fransokyo from Big Hero 6 and the Kingdom of Corona from Tangled. There are fewer worlds in Kingdom Hearts III than previous mainline entries, but the stories in each are longer. In some cases, this works well; in other cases, the worlds can feel so long that they slow down the pace of the story. One particular highlight is Toy Box from Toy Story. Almost all of the loveable characters from the original film return, and there are a plethora of different gameplay elements, like the ability to board and control toy robots, that are an absolute blast to play. Corona from Tangled has fewer overtly fun gameplay elements, but it provides a vast world to explore. Experiencing Rapunzel’s joy as she first steps outside is every bit as touching as it was in the original film. Other worlds, like the factory in Monsters, Inc. and the icy kingdom of Arendelle from Frozen, boil down to repetitive corridors where the story doesn’t quite congeal. Nonetheless, the worlds are better designed and more fun than they’ve ever been.

The bread and butter of every Kingdom Hearts game is its combat. At its core, the combat in Kingdom Hearts III is unchanged: string a number of different hits together, both on the ground and in the air, to create combos and take down your foes. The series hasn’t strayed from this mechanic too much, and hitting things with a giant key is still incredibly silly and fun. But there are also many new options and gameplay mechanics at your disposal, and boy, did they throw almost everything against the wall here. Summons are back. So are team attacks and magic. Flowmotion from Dream Drop Distance is here, alongside Shotlocks from Birth by Sleep. They’ve even added “attractions,” where you get on a ride (like a magic carousel) and attack your enemies. Drive forms are gone, but you can change the form of your Keyblade for powerful special attacks. The developers have implemented almost every idea from previous games, and it’s admirable how well they work together, making for the smoothest combat experience in the series.

There are so many options available that you’ll likely not utilize them all. The truth is, you really don’t need to — Kingdom Hearts III is painfully easy. You can largely ignore most of the additional combat mechanics, press X over and over again, and win almost every battle. Even the boss battles, which are indeed epic, usually don’t require too much strategy, even on the highest difficulty setting. If you’re looking for the depth and difficulty found in Birth by Sleep and Final Mix 2.5, you won’t find it here. But if you’re looking for pure, over-the-top fun, this game has it.

There is a ton of new and returning side content here. The Gummi Ship is back, but it is totally revamped. Instead of the rail-like combat from previous games, the ship can now explore vast areas in space and use waypoints to get to different worlds. You can choose whether to engage in combat, with very few fights required for progression, and can still customize your ship with different parts, use different blueprints, and more. This is a nice change of pace, but the controls feel a little wonky. I found myself running into asteroids far too often. Still, it’s a marked improvement over previous entries.

In addition to the Gummi Ship, Synthesis is also back, giving you the ability to create powerful items and even power up your Keyblades. You can play classic-styled Mickey Mouse games, engage in cooking with Remy from Ratatouille, go back to the 100 Acre Wood and play some mini-games, fight an end-game boss gauntlet, and more. One highlight is the ability to captain a ship in the Caribbean; exploring the open seas, engaging in ship battles, and finding treasure was everything I could have hoped for in that world. I also loved finding and taking pictures of “Lucky Emblems:” Mickey Mouse lookalike imprints hidden throughout the world that are needed to unlock the secret ending. There’s so much side content that even if you don’t like some of it, you’re bound to find a few things that are engaging. While the rewards are excellent, you don’t really need them because the game is so easy. As a result, you can focus on what you like and ignore the rest.

Visually and musically, Kingdom Hearts has never looked or sounded better. Seeing PS2 models reconfigured and re-imagined for the HD generation is simply a joy. Environments are beautifully detailed, and every Disney world is rendered almost exactly as it looked in the original film, creating a palpable sense of immersion that previous entries simply couldn’t achieve. Fully intact musical numbers from the original films also help make you feel like you’re a part of these worlds. For the rest of the music, Yoko Shimomura returns with one of her finest soundtracks in the series. She remixes songs from older games and creates some beautiful new tracks. Considering the number of different assets she’s working with, it all comes together nicely.

If I have one quibble with the game’s sound presentation, it’s the voice work. The main cast does an admirable job, but some of the Disney characters sound awkward. Obviously, Square can’t be expected to get all the voice talent from the original films, but when people who aren’t Tim Allen or Tom Hanks try to sound like them, it comes out stilted. The new voice actor for Mickey is especially jarring. Given the volume of voice work, though, it’s still generally well done.

In many ways, 2019 feels a lot like 2005, when the last mainline entry was released. We are mired in political squabbles, we feel deeply divided from one another, and every news cycle brings some new horrors. But just like in 2005, Kingdom Hearts manages to cut through our malaise and deliver a shot of unfiltered joy. It reminds us of the importance of our shared humanity. So while Kingdom Hearts III is a far cry from a perfect experience, it’s a wild ride into familiar worlds that is well worth the trip for veterans and newcomers alike.

Too easy, a few worlds are a little repetitive, some awkward voice acting.

This is the purest vision of what Kingdom Hearts is all about: absolute joy.