I found that the single player campaign was largely entertaining, and I greatly enjoyed Kamala Khan in particular as a main character. 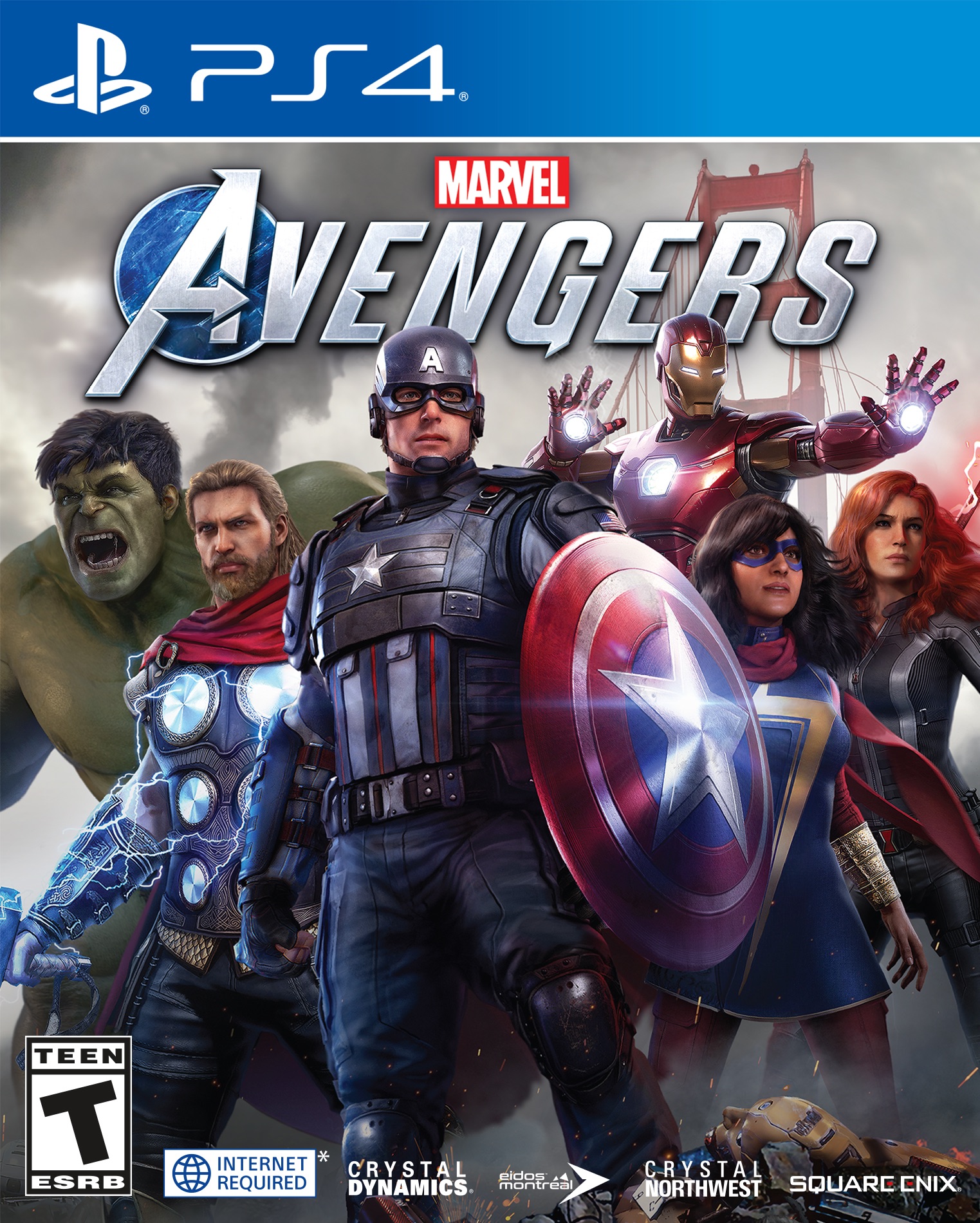 Marvel’s Avengers is an odd game to review. On one hand, I found that I greatly enjoyed one component of the action RPG, but I was largely indifferent to another key component of the title. When I walked away from the roughly ten-hour single player campaign of Marvel’s Avengers, I felt as though I’d walked away from an entertaining interactive MCU experience. The game’s multiplayer campaign, in stark contrast, simply felt like a slog-fest with constant repetition given the overly similar elements and tedious levels.

The story for Marvel’s Avengers starts on what will become known in the narrative as the catastrophic A-Day, set five years prior to the main plot. In the game, A-Day is marked as the day when the fabled Avengers fail to save an entire city and the people’s faith in their heroes vanish. After A-Day, people begin exhibiting superpowers. These people are labeled as Inhumans, a label that the tech and science conglomerate AIM have cast in a dangerous light thanks to propaganda. Teenager Kamala Khan is one such Inhuman, longing to join the Resistance against AIM after discovering nefarious evidence involving its leader George Tartleton and his role in what really happened on A-Day. She escapes from AIM by leaving her home in Jersey City, ultimately discovering what became of the Avengers along the way. Eventually, Kamala takes up the mantle of Ms. Marvel, working to reunite the team of heroes so that they can save the day.

That is pretty much the plot of Marvel’s Avengers in a nutshell. The game’s single player campaign mode plays just like how one would imagine an interactive action film or comic book story arc might. To say many of the story’s themes are new in either comic books or the film adaptations would be misleading, as variations of them in one way or another are no doubt familiar to players knowledgeable about Marvel lore. In fact, while the Inhumans are actually featured in comics, their origin story here is very different and is much more reminiscent of mutants from Marvel’s X-Men plotlines. It was so blatant that it got to the point where I jokingly referred to the game’s Inhumans as the “not-mutant mutants” in my head. The main characters of Marvel’s Avengers are also all variations of the superhero incarnations we’ve seen in film or elsewhere, with nods to various other adaptations throughout. They’re likable and you get a great sense of their dynamics together through their interactions, but their characterizations are never explored more than superficially. The sole exception to this is Kamala, a relative newcomer to the superhero scene unless players are familiar with the Ms. Marvel comics. Truth be told, other than X-Men titles, her series happens to be one of the only Marvel comics I read continuously, so I was quite pleased to see how consistently in character she was in this game, despite her origins being skewed. I especially adored seeing her father show up as a prominent side character in Marvel’s Avengers, and the mentions of family and friends throughout Kamala’s dialogue were nice easter eggs for fans of her series.

It is mainly through Kamala’s eyes that gamers see the Avengers’ reassembly unfold, and I found her to be a refreshing video game heroine in a lot of respects, even if she could be a bit bright-eyed and naive at times. Again, fans of the Ms. Marvel series will appreciate Kamala’s fidelity to her fangirl-turned-superhero characterization from the comics!  I particularly love the mentor relationship that she develops with Bruce Banner, aka the Hulk, in this story. Admittedly, Bruce has never been a character I thought much of until his appearance in this game. The mentor bonding scenes between Bruce and Kamala were some of the highlights of Marvel’s Avengers story for me, though I enjoyed all of the character interactions for the most part. The smaller core cast of playable characters meant that there was focus on each and every one at some point, though I admit to thinking of Thor as generally being “that one guy who just shows up from time to time because people sort of expect him to” until the very ending of the campaign.

As mentioned previously, gamers are given the opportunity to play as each of the core Avengers throughout the single player campaign, which arguably serves to help familiarize players with their movesets and skills for later on in multiplayer. Each player character has special strengths and abilities, ranging from full on offensive to defensive or support (such as Black Widow’s extremely helpful cloaking skill) with a wide array of melee and ranged attacks to choose from. Every time a character levels up during the course of the game, they earn skill points that can be used to further unlock their various skill trees, with characters able to be customized in a variety of ways to a player’s personalized taste. Want Kamala and the Hulk to be your heavy hitters?  Focus on their melee attacks. Want Iron Man to be a ranged specialist?  Then focus more on his laser abilities. This customization process is complex on the surface, but potentially goes farther than necessary. In all honestly, I generally found myself switching often between the same heavy and light melee attacks during the heat of battle until my characters’ special Heroic Abilities opened up for use, but the customization does at least provide a lot of possibilities in theory for differentiating between the characters.

To further strengthen the RPG elements of Marvel’s Avengers, gear and equipment can be acquired through fighting enemies or opening the numerous loot boxes in each area. This gear can then be used to bolster your player characters’ stats or defenses. It is easy enough to acquire new pieces, though the resulting reminders to constantly upgrade your gear can be rather annoying. While there is the option to peruse equipment to pick the best choices for a given enemy type, I mostly found that selecting the option to maximize my gear got me through every fight just fine. However, I also found that I had to keep in mind that the game has limited inventory space, which often resulted in me breaking down most of my gear into raw materials the further along I got.

Other action RPG elements in Marvel’s Avengers can be seen in the platforming and jumping elements found throughout the game, as well as the use of NPC vendors you can buy gear from when in your base of operations. There are also story factions in the game’s narrative that offer mission assignments in order to raise your ranking with that specific group and gain further experience. Characters can also be spoken to at various areas, though NPC dialogue is limited at best.

Missions are assigned at the War Table, with some multiplayer missions necessary in order to advance the single player campaign.  Fortunately, you can select AI companions for most of these missions instead of waiting on the game’s rather problematic matchmaking system. While single player missions are often limited in scope and have specific story and gameplay elements designed for a chosen character, such as cobbling together a makeshift Iron Man suit as Tony Stark or fleeing from AIM agents over rooftops as Kamala, multiplayer missions allow you to choose who among the available Avengers you want to play as with the other characters, if not controlled by other players, being controlled by AI. For the most part, the companion AI is competent enough, however there are certain missions, such as guarding specific areas for a set amount of time, that are beyond frustrating when relying on them. Multiplayer missions also tend to wear out their welcome by being longer overall and often having repetitive objectives.

The single player campaign takes roughly ten or so hours to complete, and more multiplayer missions open up directly after its completion. In a way, I almost viewed Marvel’s Avengers as a game split in half, which is a pity because I genuinely found the single player story mode to be rather decent, if nothing else. I’d have been more than happy if it had a longer play duration. In several respects, Marvel’s Avengers’ multiplayer feels incomplete and a lot less polished by comparison.

Visually, Marvel’s Avengers, for the most part, is a gorgeous game. However, there were some graphical hiccups at times in cutscenes and enemy variety is severely lacking. Be prepared to fight robots. A whole lot of robots!  True to the feeling of playing an interactive comic movie, there were some scenes with such intense lighting effects that I needed to take Tylenol afterwards due to eye strain. Also, while the game is fast-paced and action-oriented, I found that loading times when needing to restart missions were horrendous.

I liked the use of famous songs throughout the soundtrack, though original tracks for the game overall felt lacking. The voice acting in Marvel’s Avengers was largely excellent, with subtitle and close captioning options available, though there is one noticeable scene where said subtitles do not match the spoken lines.

All in all, there were elements of Marvel’s Avengers that I greatly enjoyed. I found that the single player campaign was largely entertaining, and I greatly enjoyed Kamala Khan in particular as a main character. Still, logging through the game’s multiplayer is currently a chore. Until further DLC and updates come along, the ten hours of single player content is arguably the strongest element of Marvel’s Avengers, which makes me hesitant to say it is a must-buy at full price. If you’re a Marvel fan—particularly if you’re a Ms. Marvel fan—then odds are good you’ll find at least a few elements to enjoy here.  However, I’d probably advise waiting for a sale before diving in to Marvel’s Avengers completely.

Marvel’s Avengers has a fun single player campaign, but it gets bogged down by its multiplayer.