Mass Effect 3 is a quality RPG with incredibly high production values that every gamer should enjoy. 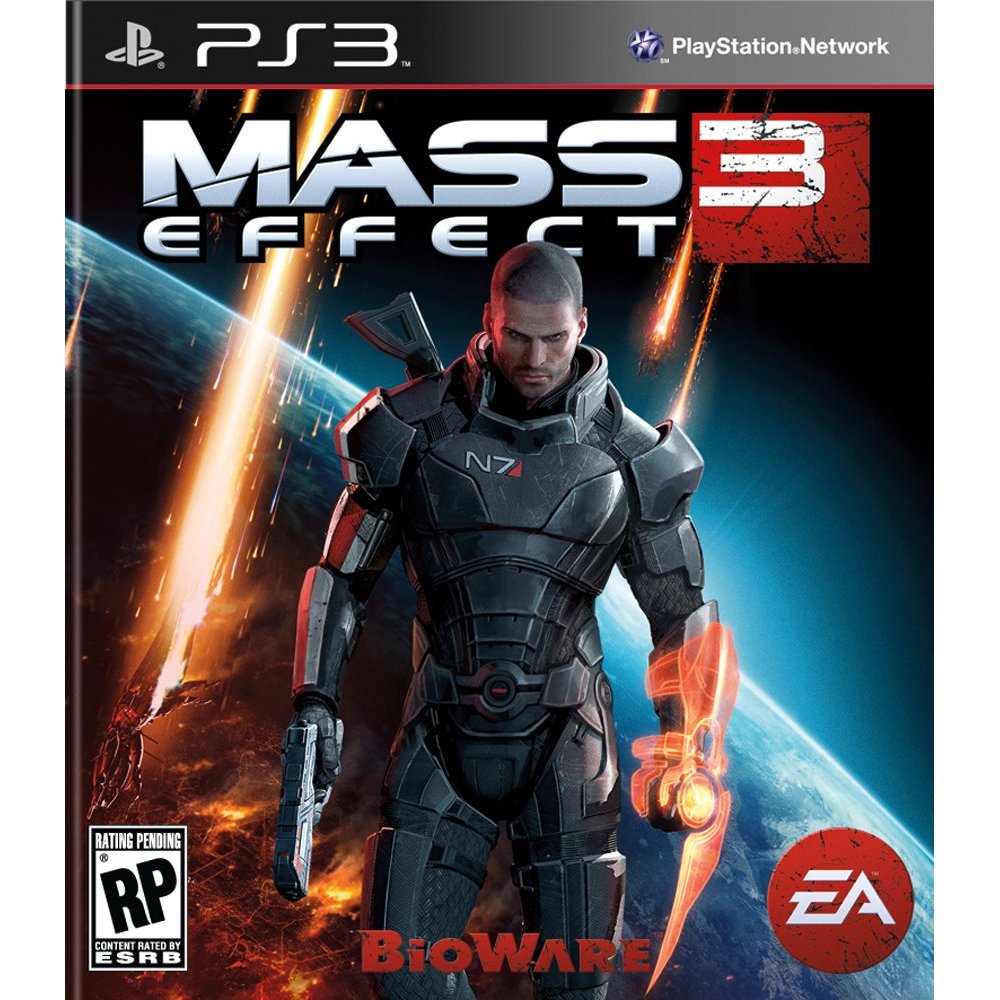 Editor’s Note: This review was submitted for editing before the multiplayer servers for Mass Effect 3 went live. We have a short description on how the multiplayer sessions tie in to the game, but this element was not considered as a part of this review.

It’s finally go time for Commander Shepard. The Reapers have landed on Earth and the rest of the species are only interested in bickering amongst themselves. It’s up to Shepard to unite the galaxy and defeat the Reapers. With that, BioWare is bringing to a close one of their most successful game series – and they’ve done it with style. That’s not to say that Mass Effect 3 isn’t without tarnish – there are some control issues, some bugs, and some bad pieces of dialogue. Luckily this is all minor in the scheme of things; Mass Effect 3 is a quality RPG with incredibly high production values that every gamer should enjoy.

What BioWare has crafted is a fantastic third piece of a trilogy. With the Reapers on Earth, everyone is prepared for the worst, and the plans to defeat the occupiers are all long shots. BioWare has done what they do best: wrap things up with great banter between characters. Individual’s storylines are given satisfying endings – chances are your favorite character of choice has at least one touching scene with Shepard. Even characters who don’t rejoin your party have resolution to their storylines that will tug at the heartstrings. That’s not to say that everything is perfect, though. Many conversations simply sound off – they don’t have the right emotions played into them. Luckily, these tend to be restricted to minor characters or unimportant conversations. One thing I can’t recommend, however, is for new players to take Mass Effect 3 as their introduction to the series. There are too many recurring characters, too many threads that already exist, and too many choices from the first two titles that were important for your Shepard to have made. While there is meathead marine newcomer James Vega for new players to attach to, too much of the story relies on the fact that you have taken a journey with Shepard before.

Individual conversations aren’t the only place that the writing excels; there are a number of excellent setpiece events within the game. Some are shocking, others are exhilarating, but they’re all important parts of the story. Unfortunately, the pacing often feels off. Where Mass Effect succeeded in providing players with a sense of urgency, this was scaled back in the second title – and it worked there. However, with the Reapers on the homeworld, that sense of urgency should return, but it doesn’t. Instead, within these quality setpieces that drive the game forward, I found myself at ease, scanning planets and running around doing sidequests on the citadel. Certainly, these things add to the war effort – everything you do to curry favor will get you something that adds to the galaxy’s military might – but when Earth is burning, why am I dancing in the nightclub on the Citadel?

Even though the pacing is off, the desperation of the denizens of the universe is obvious. BioWare’s environmental storytelling is amazing. I found myself invested in the stories of those in each part of the Citadel, waiting to see what new tidbit was revealed each time I walked by. It’s obvious how much detail this world has and the less-than-intense pace does allow some exploration of it.

Exploring the universe and the dialogue reveals some absolutely gorgeous environments and characters. While the 360 version of the third title isn’t as sharp as the PC version of Mass Effect 2, things still looked great, with a minimal amount of texture pop or tearing. There’s not much new compared to the second title – there’s additional detail in some characters, but most everything is par for the course for BioWare – high-quality backdrops and well-defined models. The aural aspects of the game follow suit – BioWare’s voice actors do a fantastic job, sound effects fit well within the game, and the soundtrack is just as haunting as those in the first two titles.

Beyond these elements, Mass Effect 3 has a solid core of gameplay. Evolving on what Mass Effect 2 did introducing a combat system that involved player skill as much as it did statistics, the last part of the trilogy reintroduces additional RPG elements that make it a much more balanced title. There are a plethora of weapons at your disposal, some of which have special abilities. The pistol in the demo that Garrus asks why he doesn’t have one is one of those – rather than firing bullets, it fires small explosives that detonate after a short time. Each of the weapons a squadmember brings also can be customized with two accessories that will modify damage, accuracy, weight, or other aspects of each weapon.

Weight is the biggest new mechanic for combat. Depending on your class, you can bring different types of weapons to battle, but you’re ultimately constricted by the amount of weight you can carry. The more powerful a weapon, the heavier it is, and the more weight you carry, the longer cooldown your abilities have. If you travel light – perhaps only bringing two weapons or weapons with less firepower – you’ll have your abilities at your disposal more often. Weapons are also upgradeable using credits, slightly boosting each of its statistics. Armor is equally customizable – Shepard can either don a full set of armor, like the Blood Dragon Armor, or you’re able to individually purchase pieces of armor that can be tailored to your playstyle.

So what’s Shepard doing with his new weapons and armor? Uniting the galaxy, of course. All of Shepard’s missions are tailored to bring together the might of the galaxy to fight the Reapers and stop the Illusive man in the progress. Missions are exactly what you’ve come to expect – take your away team of three to a planet, complete an objective, and shoot a bunch of alien dudes and Cerberus thugs. These are just as fun as ever, although I did have my fair share of issues. I ran into several instances where quest objectives simply did not fire and I had to replay small chunks of missions. As well, I often skip through voice acting once I’ve read the subtitles – more than once I was subjected to five to ten second sequences where the game simply seized up and I had to wait for it to load the new content.

There are some nifty pieces to the controls on the Xbox 360 for Kinect owners, however. Voice commands for speech are simple enough – speak the line you see on screen to fire it off. This is the only addition for story sequences, and I didn’t do this more than a couple of times because it was much faster for me to just press the A button. However, the ability to command squad members at will was a welcome addition. By simply designating a squad member and a command, like, “Liara Throw” or “Garrus Follow,” these commands are followed. It keeps the flow of battle going better using the command wheel might. It doesn’t make up for the controller goofs, but it’s a nice use of Kinect.

So once each sojourn to a new planet has been completed, the military readiness of the galaxy increases. The more ready the galaxy, the better the chance you have against the Reapers. This is where Mass Effect 3’s multiplayer comes into play. With no multiplayer missions played, the readiness of the galaxy is set at 50% – which is still enough to complete the game with no problems. I had my readiness meter maxed out after finding most of the doodads across the galaxy. The more multiplayer you engage in, the higher this number gets, and you’ll have to find less time hunting for planets to scan. There are some other elements with the Galaxy at War, but we were unfortunately unable to explore these due to time constraints.

There’s more depth in Mass Effect 3, there’s better RPG elements, and the game wraps things up nicely with your favorite characters. While it may not be perfect, it’s clear that Mass Effect 3 is a fantastic game. If you’ve found yourself attached to even a single character from the Mass Effect universe, you’ll want to see how this one finishes out. BioWare has done well completing their trilogy – and I’m excited to see what this team does next.

The Mass Effect trilogy ends with style and substance (and just a couple of bugs).