...like the Diablo games it clearly imitates, Minecraft Dungeons expects you to play multiple times on increasing difficulty levels for better and better loot. 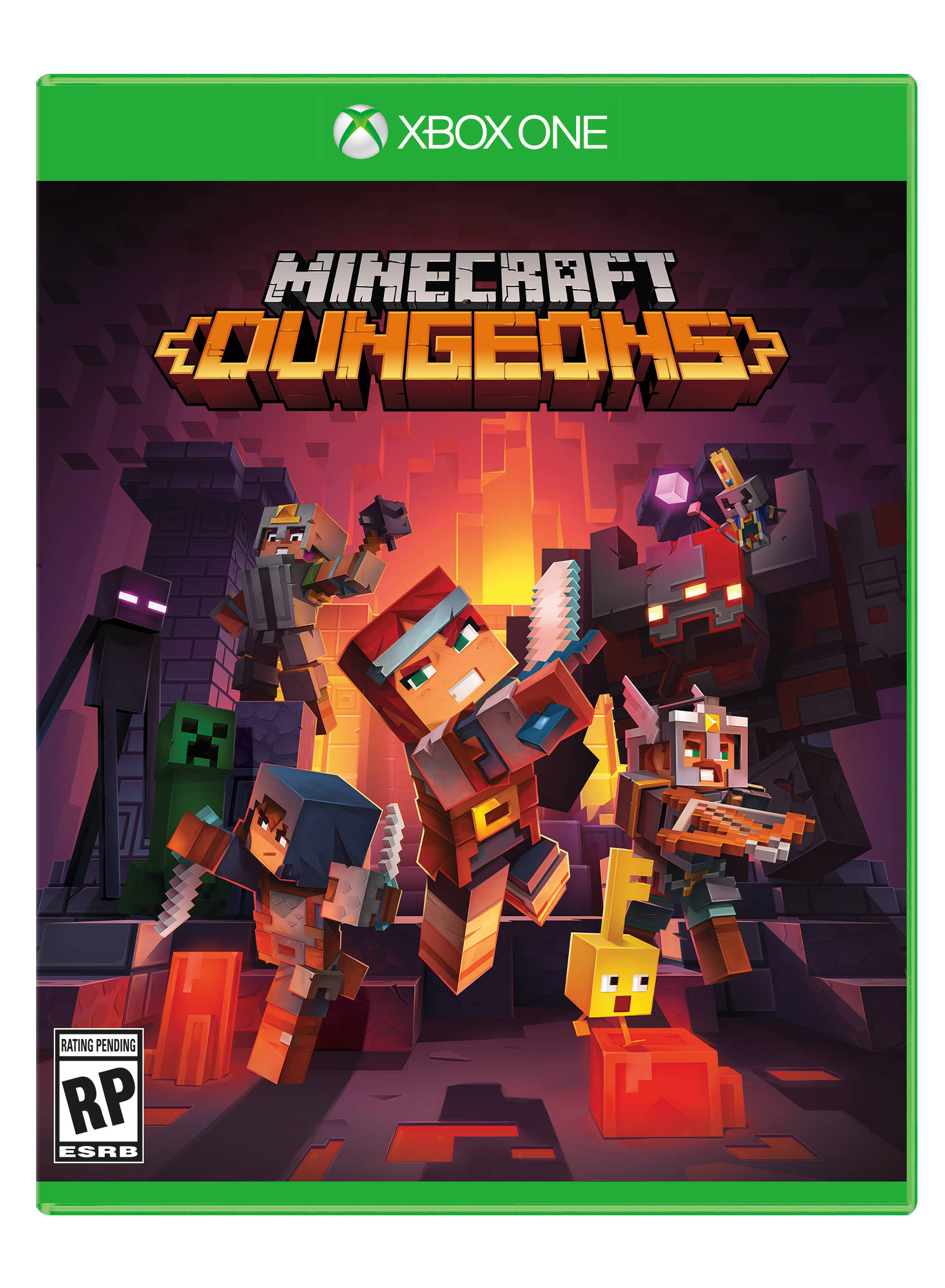 Should I be embarrassed that I’ve never played more than a few minutes of Minecraft? I hope not, but it’s true either way. There’s nothing wrong with Minecraft; it just came into the world at a time when I was already busy with other types of games, such as action RPGs like Diablo or Torchlight where I slayed my foes with a dizzying variety of skills and items. I’m willing to take a shot at any game that reminds me of those fun times, and although I haven’t loved them all, it’s that willingness that led me to buy Minecraft Dungeons.

Action RPGs have a proud tradition of featuring stories thin enough to see through, and in that respect, Minecraft Dungeons is no different. After being mocked and shunned by villagers, the Arch-Illager takes possession of an artifact that gives him great power. He summons monsters to help him take control of the world, and only you can stop him. That’s it. That’s the whole story of Minecraft Dungeons. I guess I’m spoiling it a little, but if you’re into the genre, details like this are unlikely to surprise or disappoint you.

Of course, we typically play action RPGs for the action, and the action in Minecraft Dungeons is worth playing. Things move quickly, and any new piece of loot you choose to equip can have a huge effect on your combat experience. Dual-wielded daggers hit quickly but don’t do as much damage, hammers move slowly but hit hard and do splash damage, and axes let you finish a combo with a spin. One piece of armor might let you move more quickly, but another could give you a pet bat that flies around attacking your enemies, and that variety really kept the game fresh for me as I played through it.

Aside from the basic properties of your equipment, you’re also impacted by the “enchantments” on each piece. With each level up, you gain an enchantment point, and each weapon or piece of armor you pick up comes with a set of random enchantments that you can spend those points to unlock. Picking one enchantment from the set locks out the others — for example, you might have to choose between weakening enemies you hit, leeching their health, or getting more money from enemies you defeat. You can apply multiple points to an enchantment to power it up, but because you only get one point per level, your ability to do so is limited. Any loot you don’t want can be salvaged for coin, and if you salvage something that you’ve applied enchantment points to, you get those points back.

Unfortunately, the game autosaves frequently and doesn’t allow you to undo the enchantment points you’ve already assigned to a piece of equipment in any way other than salvaging it. So if you want to try something new, you’re typically forced to destroy the old item before you can upgrade the new one. And if you decide that the new item isn’t really an upgrade, it’s a real shame because you can’t get back the old one.

My other frequent frustration was that while Minecraft Dungeons gives you a ranged weapon slot, ammunition can vary wildly, and some enemies (like the famous Creepers) can do huge damage up close, so you really need to make sure you get them before they get into range. There were some levels where I used my bow fairly regularly and still had hundreds of arrows left over at the end, and then there were others where I tried to be frugal and still ran out multiple times.

Even with these complaints, I had a lot of fun with the game. Playing through each mission once won’t take you more than ten to twelve hours, but like the Diablo games it clearly imitates, Minecraft Dungeons expects you to play multiple times on increasing difficulty levels for better and better loot. As you progress, the spectrum of available enchantments grows, and the mission selection screen clearly shows you the kind of loot you can get from each level, allowing you to grind for a specific type of armor or weapon if you so desire.

You can die and respawn up to three times per mission, after which you’re sent back to camp with your current loot and experience to try the mission over from the start. And since you can choose the difficulty level each time you start a mission, there were multiple times where I set the bar too high for myself and used up all of my respawns.

I mentioned Creepers above, and perhaps that’s my cue to move on to Minecraft Dungeons‘ presentation. Fans of the original Minecraft should love what they see and hear in this game, with enemy mobs ranging from the lowly zombie and spider to huge slimes, frustrating witches, terrifying golems, and one of the most iconic Minecraft foes, Enderman. As far as I can tell, all of the enemies in this game come from Minecraft, although I have not run across all possible Minecraft mobs in Minecraft Dungeons as of this writing.

The game also looks and sounds very appropriate, considering its source, although it should be noted that the blocky nature of the graphics doesn’t mean they look bad. There are some spots with very pleasing lighting, and explosions and other effects are clear and satisfying. The levels also vary quite a bit along standard gaming lines, including grass, village, water, snow, and lava areas with textures that are all instantly recognizable even to a Minecraft neophyte like me. Likewise, the sound effects and original music are pleasing and match their source well, which is important for a game like this.

Minecraft Dungeons isn’t the deepest, most complex game ever, but it definitely keeps you busy and invested long enough to get to the end a few times as the developers intended. And if you’re looking for some company, you can bring in local or online friends to play with you. The game was released as a budget title, and it’s worth the price. If you enjoy the action of games like Diablo and are down for a simpler version of that same fun, Minecraft Dungeons is a good choice.

Fans of Minecraft may miss mining and crafting, loot upgrade system doesn't allow you to fully test out new equipment without destroying the old.

It's not perfect, but Minecraft Dungeons is a good choice for those who want fun action that's simpler than games like Diablo.