MHW:I truly captures your imagination in a way that few games do, and if I could experience it all over again for the first time, gripes and all, I would do so in a heartbeat. 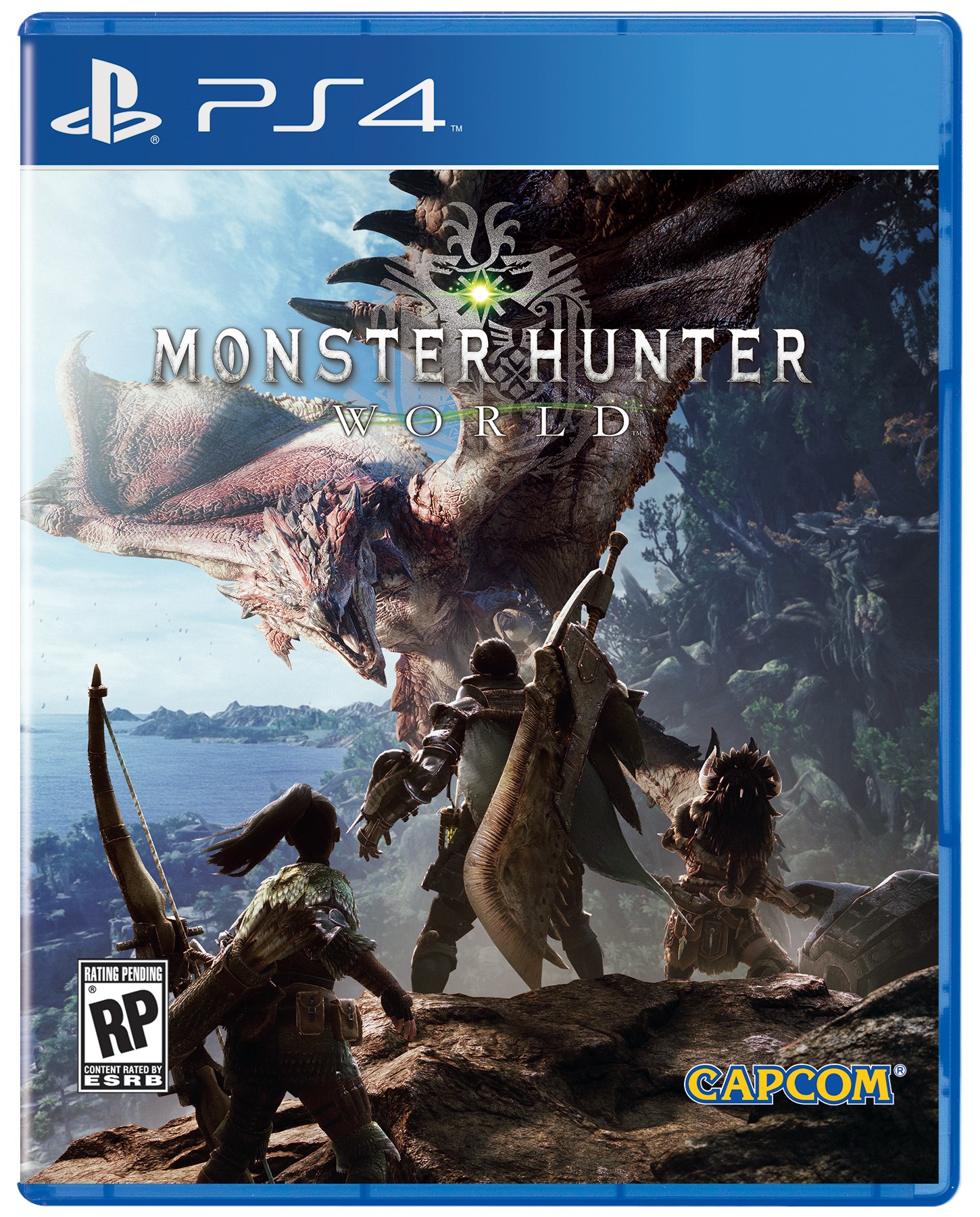 With the conclusion of my military service this past September, I was shocked upon my return to civilian life that my love for games was dwindling. It’s not that I couldn’t find any enjoyment from the plethora of excellent titles in my Steam library, but the magic of escaping into a game and everything it had to offer was lost to me; a dulling sense of ennui if you will. I could stand back and appreciate a character for their depth, a combat system for its polish, and graphics for their fidelity, but the sense of immersion that allowed me to sink so many enjoyable hours into this lifelong passion of mine was just not there. Perhaps it was time for me to put this whole thing to rest and let the memories of all the incredible titles I had the privilege of playing, and later on, reviewing, linger in nostalgia for me to look back on as just another phase of my life.

But in the midst of my introspection, I bought myself a copy of Monster Hunter: World at the behest of a close friend. Expecting no more than a couple of online sessions before disappearing into the abyss of my backlog, I instead found myself not only enjoying the game for its technical merits but for its ability to enthrall me in a way that fully reignited that spark I thought I had lost.

Looking back, however, I’m quite surprised at this myself since Monster Hunter: World, and its expansion Iceborne (henceforth collectively referred to as MHW:I), contains many features I’ve come to detest in games: a trite story littered with awkward dialogue and unskippable cutscenes, a clunky user interface that takes ages to figure out and fluidly maneuver, and poor PC controls that often had me doing finger gymnastics in the heat of battle. But in the grand scheme of things, these negatives ultimately are little more than nitpicks as MHW:I manages to get the big picture right, namely the realization of its world.

Taking place over a total of five vast locales and three hubs, the New World is one of the most vibrant game worlds I’ve encountered to date. Monsters roam the locales, not just as mindless AI waiting to be hunted down by the player, but as actual participating members within the distinct ecosystems in every location. A Great Jagras in the Ancient Forest will hunt grazing Apthonoth, and once it’s satisfied, will head back to its lair to rest, while its smaller Jagras followers rabidly feast upon the remains. A Legiana chancing upon a Paolumu in the Coral Highlands will ferociously fend it off by initiating a turf war, a spectacle to behold as the two monsters engage in a vicious battle for dominance, each trying to reassert its position as the apex predator of the region. Every biome has its story to tell, from the inhabiting monsters and their place within the food chain to the local flora and fauna that have each adapted in their own way to thrive in each environment. It’s in the discovery of these details and interactions that the real story of Monster Hunter: World and Iceborne lies, as the strange and at times awe-inspiring tales that spring from each venture into the unknown stick with you as any good story does.

This level of detail is extended to the hub worlds and especially so for Seliana, the hub world of Iceborne. While Astera, the base game’s hub, isn’t devoid of the hustle and bustle one might expect from a congregation of various fleets of hunters, Seliana’s more compact layout lends itself better to highlighting these features. Carts of supplies make their way in from the snowy lands of Hoarfrost Reach, while hunters come and go from their expeditions. Palicoes, the hunters’ cat-like companions, happily maintain each of these hubs and, most hilariously, serve as the premier chefs of each canteen. I mention this because the animation that plays whenever you order food is not only amusing to watch, as several Palicoes adorably fumble around with the various pots and pans to get your meal ready, but also because the food itself is possibly the most scrumptious looking I’ve ever seen in a game. It wasn’t a rare occurrence for me to go and grab a snack after eating an in-game meal, and I suspect I’m not alone in my experiences.

But now that you’ve eaten a delicious meal to boost your HP and stamina, it’s time to gear up for the hunt. Fourteen weapon types are available at your disposal, with each offering a distinct playstyle and flair. The Greatsword is mechanically simple with very little in the way of combos whilst offering gargantuan amounts of damage. But it slows your hunter’s speed to a crawl when unsheathed, demanding precise knowledge of a monster’s openings to utilize well. Conversely, the Lance is far more lenient, offering a shield to turtle behind and being one of the most mobile weapons in the game. But the versatility comes at the notable cost of damage output compared to other weapon types. Personally, I went with the Light Bowgun in my playthrough, as its ranged nature and highly mobile move-set gave me the most leeway when it came to learning the attack patterns of monsters. But whatever your preferred playstyle might be, the weapons in Monster Hunter: World cover such an exhaustive range of gameplay that it would be difficult to find something not to your taste.

Gameplay is further enhanced with a nifty skill system embedded in the craftable armor pieces. The usual suspects of attack up, critical chance, and critical damage are present, but it’s in the support and utility skills that MHW:I flexes its creative muscles. If you’d like to stop getting staggered by monster roars all the time, “earplugs” is an essential skill to have, but if you’re less of a brawler and prefer to lean into a more supporting role, “wide-range” turns your mega potions into teamwide healing which definitely comes in handy for some of the tougher fights. Furthermore, most armor sets come with bonuses bestowed through wearing a certain number of matching pieces, adding another layer of customization for you to tinker with. The end result is a brilliant minigame of give and take as you try and strike that perfect balance of damage output and quality of life, but this, unfortunately, falls somewhat flat in the late game (more on this later).

The expansive variety and mechanics would mean nothing, however, if the fights weren’t great themselves, and the vast majority fortunately are. But make no mistake, your first few encounters are definitely not going to feel that way. Coming from Dark Souls, I’ve become accustomed to hugging bosses and getting in a quick jab or two before rolling to safety. This playstyle does not fly here as not only are the invincibility frames for rolls much shorter, but the entire flow of the game requires much more patience than the average Dark Souls boss. Monsters can go for several minutes without giving a single opening, unsheathing your weapon for combat bars you from sprinting, and many of the more powerful attacks require heavy animation commitment, effectively making you a sitting duck if you engage at the wrong time. Monsters in Iceborne, and especially those added in post-launch updates, double down on this, as one misplaced attack often results in your demise. But once you overcome that initial hurdle and finally manage to land that perfect counter hit with the Longsword after dodging a Diablos charge, or experience the thrilling dopamine rush following the quadruple-digit damage numbers from a perfect Greatsword strike, MHW:I takes you to some of the most exhilarating gaming highs you could ask for.

But perhaps it’s because Monster Hunter: World is able to reach such incredible peaks that the more pronounced flaws in the game stand out. For starters, the clutch claw, a grappling hook-type gadget introduced in Iceborne, is poorly implemented, to say the least. The idea of grappling onto a monster to create new weak spots on its body or potentially launch it into a wall for a lengthy knockdown is fantastic and quite fun the first few times. But the novelty of the gadget soon wears off as the bloated health pools of master rank monsters turn this cool ability into a chore as you’re almost forced to start every hunt by slamming the monster into a wall for a decent clear time. Spotty hitboxes don’t help either as often I found myself grappling to a monster’s leg despite clearly aiming for the head, costing me a valuable opening for a knockdown. This issue is further compounded in the late game when grinding out monsters in the Guiding Lands becomes a necessity to augment your weapons or unlock cosmetics. Monsters that drop the relevant materials don’t show up until you’ve sufficiently leveled up certain areas within the Guiding Lands, the progression of which is also gated behind arbitrary master rank requirements. Thus, MHW:I goes from a game about hunting the biggest and baddest monsters around to test your limits, to farming the same low to mid-tier monsters repeatedly before the more interesting fights, which is the kind of gameplay loop I hope to never see outside of MMORPGs.

Power creep also becomes an issue as you make headway in Iceborne’s late game, as gear from the monsters added post-release renders everything you’ve built completely moot. Admittedly, the lack of PvP means the new gear will never be “mandatory,” but it’s disheartening to see the intricacies of the armor sets and weapon trees thrown under the bus for one-stop upgrades.

Despite my complaints, my time with Monster Hunter: World and Iceborne has been nothing but invigorating. From simply walking around and taking in the scenery to defeating the most feared monsters of the region, there wasn’t a single moment in my three hundred hours of playtime that I couldn’t describe as being fun in some way. MHW:I captures your imagination in a way that few games do, and if I could experience it all over again for the first time, gripes and all, I would do so in a heartbeat. But until selective amnesia becomes a widespread medical practice, I’ll make do with slapping Rathians out of the air with my hammer.

Extremely well-realized world, combat that is both varied and deep, meaningful customization in the armor system, fantastic monster design.

There's little to fault with Monster Hunter World: Iceborne as a game. It's a decisively engaging experience that makes hours go by like minutes, and despite its shortcomings later on, is nonetheless a worthwhile experience.