Muramasa Rebirth is a gorgeous, action-packed, fairly lengthy adventure that looks, sounds, and plays better than ever. 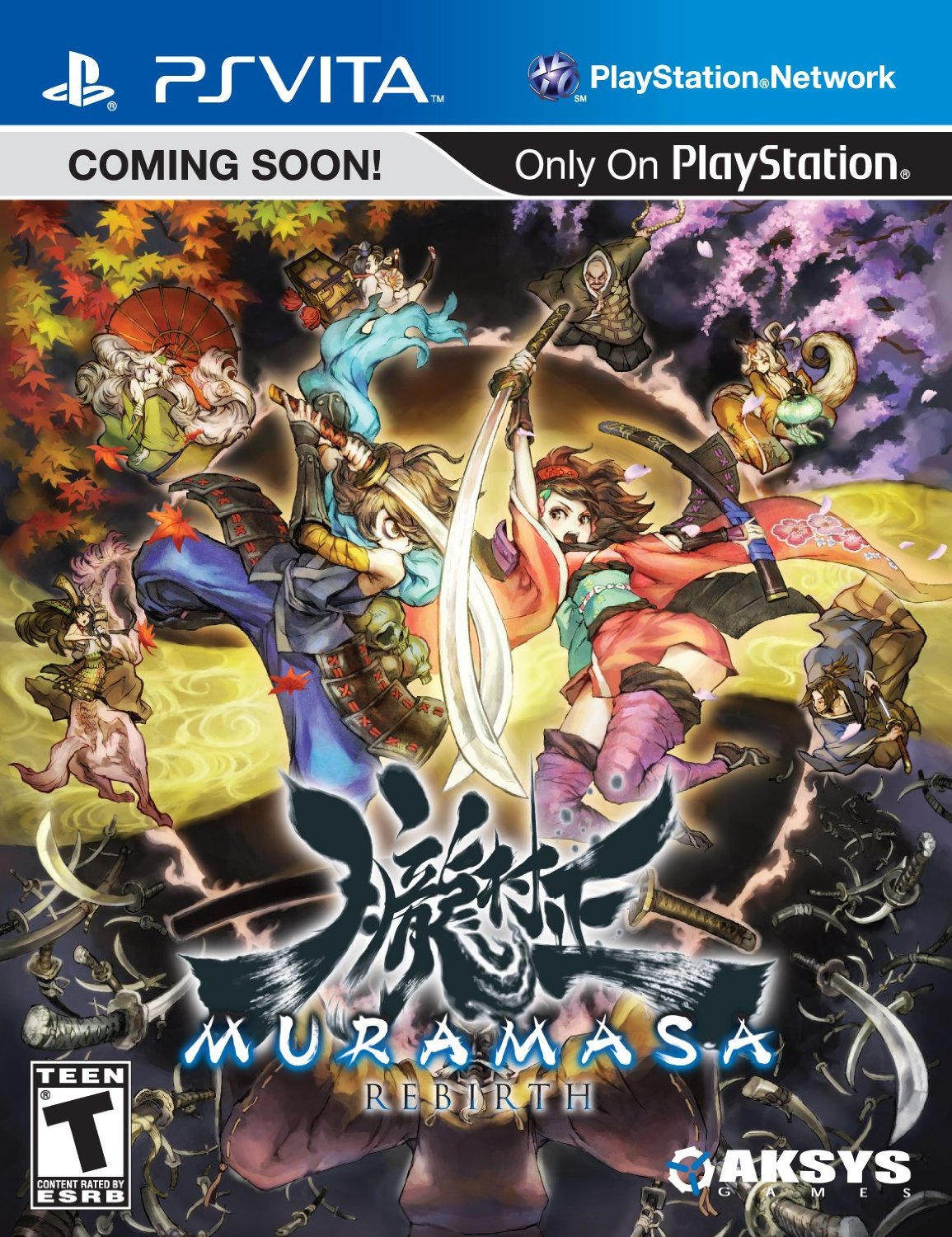 I have admittedly little experience with the original Wii version of Muramasa, having only played the game for about an hour. In that hour, I decided that while the concept of the game was great and the art style was fantastic, the abhorrent translation and awkward movement mechanics (no jump button!) put me off enough that I never made much headway.

HERE AKSYS COMES TO SAVE THE DAAAAAAY!!

Hyperbole aside, Muramasa has found itself a new home on the Vita, a system that has much to gain from hosting the new and improved version of this Japanese mythology-steeped hack-and-slasher. With an outstanding new localization, criminally gorgeous HD visuals, and the addition of a jump button, Muramasa Rebirth is undoubtedly the definitive version of Vanillaware’s baby.

The game plays out largely as the original did: you choose one of two protagonists and embark on a quest filled with symbolism and references to all manner of Japanese mythic history. Throughout the journey, you’ll unlock and forge tons of different blades, used both to unlock mystical gates throughout the land and to shuffle your foes off the mortal coil. Thanks to the stylish and accurate writing in the new localization, the original plot shines through and makes for a fascinating story that carried me happily throughout the game — although not without two peculiarities that never stopped grating on my nerves.

First off, while the jump button absolutely makes the flow better, I still felt as though the game’s controls were constantly fighting with me. Even hours into the adventure, I still found the jumping to be unresponsive, the blocking messy, and positioning during battle to be a chore. It’s entirely possible that this is due to my own fumblings, but I could never shake the feeling that the game just didn’t control as well as it should. Along with the befuddling controls, the game’s over-reliance on huge amounts of backtracking had me breathing a sigh of relief when I finally finished it. Neither of these two quirks ever shut me down completely, but considering how well-conceived every other part of the game is, they were definitely a black mark on an otherwise great experience.

Phrases like “the most gorgeous game on Vita” have been bandied about the internet, and artistically speaking, I’m inclined to agree. The backgrounds are absolutely bursting with details and multiple layers of scrolling artwork, and the animation for enemies and heroes alike is sumptuous and fluid. My own personal taste in Japanese literary history and classical culture was well-served not only by the writing and plot, but also in the tons and tons of small details worked into the visuals, right down to the steaming pots full of food on the cooking menu. It’s honestly difficult to overstate just how eye-popping the game is.

Not to be outdone, though, is Hitoshi Sakimoto and the rest of Basiscape’s musical score. The game expertly fuses traditional ethnic Japanese instruments like the koto and the shamisen with electronic guitars and modern synth, and the result is an utterly compelling and wholly unique spin on an ancient sound. Suffice it to say, this is one game that deserves headphones. The game also retains the original Japanese voice acting, which is a creative choice that I believe helps rather than hinders, as the style of the game is simply better served when presented in its native language.

Muramasa Rebirth is a gorgeous, action-packed, fairly lengthy adventure that looks, sounds, and plays better than ever. Certain aspects of the design, like the repetition and the odd (though still improved!) controls, do drag things down a bit, but if you can stomach running back out of every beautiful field, temple, and forest, this is absolutely a must-have. Four DLC packs starring new characters with unique fighting styles have also been announced as well, so this should be a sound investment for anyone with a Vita.

Peculiar controls (even with a jump button), repetitive with lots of backtracking.

Undoubtedly the definitive version of the game.