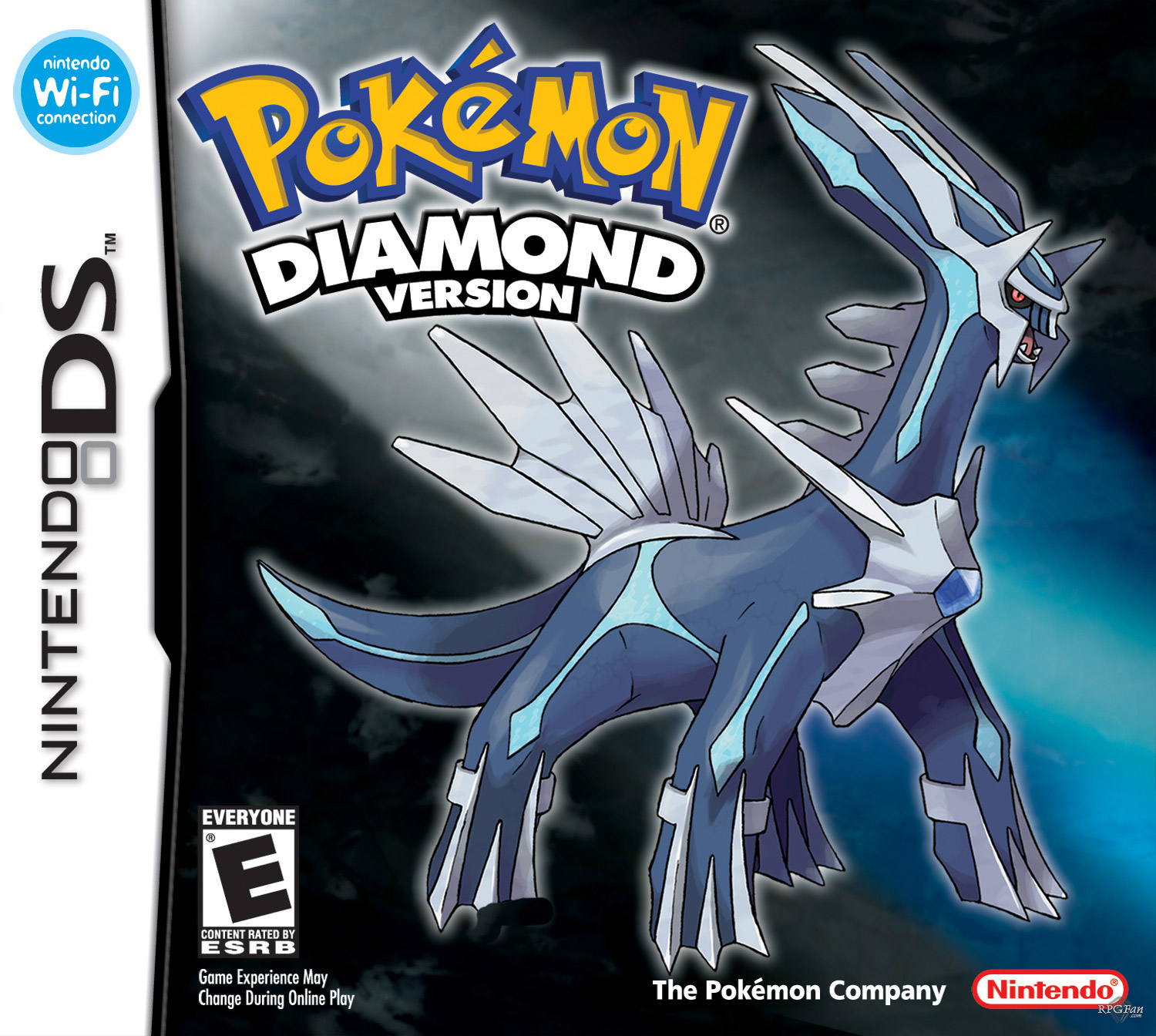 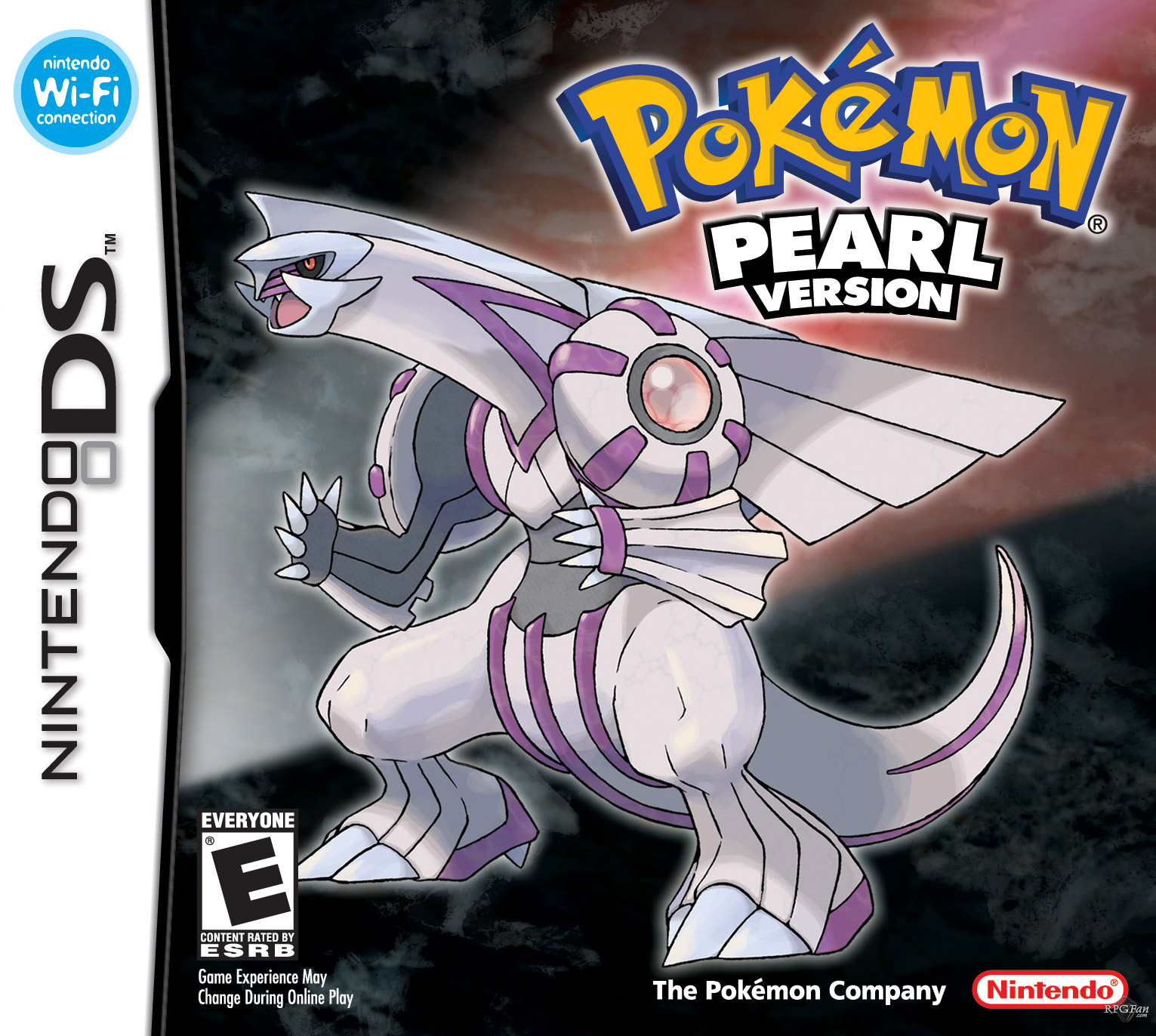 Note: This review is based on Pokémon Pearl.

Ah Pokémon, a phenomenon that spread across the world many years ago. Who knew that catching and training virtual monsters while battling other trainers would prove to be so entertaining. When Red/Blue (Red/Green in Japan) was released for the original Game Boy in 1998, Americans caught Pokémon fever too, watching the anime non-stop along with buying Pokémon merchandise and kids fighting each other for trading cards. Nowadays, its popularity on television and the CCG market is waning, but the RPG handhelds have always remained solid. It’s 2007 and a new installment has been released, going by the names Diamond/Pearl. The gameplay fundamentals remain the same, and I knew what to expect, yet I still had a blast and regained the urge to “Catch ’em all” once again.

Aside from the gameplay elements, other core aspects of the game remain the same. Unfortunately it’s a mixed blessing. The story was never a strong point in the series and it still remains that way. Players get to pick a gender, then name the hero whatever they like, followed by your best friend/rival’s name. Your hero starts off in twinleaf town where a commotion occurred in a nearby lake and meet professor Rowan. For self-defense, you obtain one of his Pokémon with the usual choice of a fire, water or grass starter. From there, you go to collect eight badges, beat the elite four and become champion, all while stopping a group of villains in the process. It’s the same plot structure done in previous games, which mostly serves as an indication as to what players should do next.

The localization fares pretty well, with pretty solid dialogue from the vast number of NPCs. Some can be pretty amusing to read, and somewhat of a step-up from other Pokémon games. However, if you want to play this mainly for story, look elsewhere. Those who played any of the other games should expect this.

While the story still blows, everything else has improved. The graphics are mainly 2D, but mixes 3D elements for environments and buildings for dynamic approaches. The execution turned out well though I felt some 3D perspectives were a bit odd for my eyes. Character sprites outside battle are slightly bigger and a bit more detailed, but similar overall, while trainer sprites remain the same style. Pokémon themselves have finally been giving slight animations, but only when they come out. At least it’s a step in the right direction. The biggest graphical improvement came from attack animations. There are a lot of attacks, each with a good degree of detail and flashiness to them.

Music was never Pokémon’s forte either, but there are a number of memorable songs. Battle music is less interesting than in all the previous installments, but a lot of field music is surprisingly good, with some variety to it. The main problem in the audio department is the Pokémon growls. While they are classics, the growls from Pokémon in previous installments are rehashed constantly. The new ones, while interesting, share the same quality as a Game Boy installment. Meanwhile, attack sound effects are solid, so developers could’ve spent more time on revamping the growls while retaining the same style.

Controls were never complicated, and that remains to be the case. The touch screen is used well for interface purposes. The top screen is where all the action occurs while the bottom screen displays the options which you can touch or press a button to select. The icons for most options are big and clear so your thumbs can get the job done as well as your stylus. Initially, your bottom screen is empty outside battle, but at some point during the game, you receive a poke watch which has a lot of interesting, useful and somewhat obscure features such as a clock, map, calculator (?), item search and so on. As you progress and talk to some NPCs, you are given additional features for the watch with their own, distinct uses.

My only qualm is that the entire game feels slow in comparison to the GBA installments. Battles are more sluggish, and when selecting options in the menu, there is some slight delay. Scrolling through your items and Pokédex is a bit choppy too. Your hero also walks slower than a turtle, but luckily, you get the marvelous running shoes early on.

For newcomers, battles are simple. It’s a turn-based RPG where your hero unleashes a Pokémon to duke it out with another trainer. Each Pokémon can learn up to four moves which you obtain as your Pokémon gain certain levels. You can also teach certain moves to Pokémon using technical machine’s (TM), but can only be used once. There are also hidden machine’s (HM) which have infinite uses, but can’t be unlearned by normal methods. There are many Pokémon types, each that are strong/weak against another or by rare chance, have complete immunity to a certain type. You can capture wild Pokémon by weakening them and throwing a Pokéball. There are several Pokéball types, each with its own traits and effects. You can only have up to six Pokémon at a time.

Additional features are included to provide more complexity for battles. Each attack is now classified by either physical or special attacks. It makes battles more strategic where simply exposing their weakness won’t simply cut it if the Pokémon has high resistance to either type of attack. Each Pokémon also has its own traits, which results in having boosts in a certain stat, but may lower another.

There are 107 new Pokémon to find and capture throughout the Sinnoh region, along with several Pokémon from previous generations. A lot of the new Pokémon are unique in their own way, sporting some interesting hybrids, resulting in more colorful battle. The game also features the most legendary Pokémon to date, and it’s a fierce challenge to capture even one of them.

The game returns a few elements that were introduced in Ruby/Sapphire/Emerald. Pokémon contests are back with three segments in each contest. Along with contests, berry trees have returned, where you can grab berries and plant them to grow more. With berries, you can go and make poffins in a certain locale to increase your Pokémon’s traits for contests. Two-on-two battles return, and now there are occasionally NPCs that tag along with you to fight and fully heal your Pokémon after each battle.

There is a Pokémon day care where you can leave two Pokémon to slowly gain levels. They only gain levels by your playtime, rather than real time, so there’s no cheats or risks to exploit. You can also leave Pokémon with opposite genders to produce eggs which can only be hatched by walking a certain amount of steps. You can even go underground to dig up fossils, items and set your own base too.

The biggest draw of the game is the online feature. You can battle your friends online in a single or doubles battle, giving the option to fix on a certain level or no restrictions. You can also trade with your friends. Both of these do require a friend code though. There is also a global trading network you can access after getting your first badge, and this does not require a friend code. You can trade with people worldwide as you go search for Pokémon you’d like and set conditions. Afterwards, it brings up a list of player avatars to show what they offer and what they want in return. You can also do this yourself by offering your own and set conditions on what you liked.

The game also takes advantage of the DS’ dual slot feature. After beating the game and obtaining a certain item, players can go to an area called Pal Park and unlock the ability to transfer Pokémon from any GBA installment onto your file. This opens up many opportunities for players to create their dream team from all Pokémon generations. They can also bring along items they were carrying. Be warned that you cannot transfer your Pokémon back.

The journey is pretty long, spanning 30 hours, plus there are many side quests and post-game activities to do. As seen in Crystal and Emerald, Battle Tower returns where you fight a series of trainers with a fixed level to earn points in order to obtain rare items and TM’s. There are also additional dungeons that contain exotic Pokémon and various challenges.

It might be more of the same, but it’s still a blast to play. Nintendo established a working formula from the get-go and always managed to expand upon it. Renting won’t do justice to the amount of content the games provide and the inclusion of online (though limiting) boosts ups the replay value tremendously. It’s simple and engaging for newcomers while catering to long time players. Buy it and go catch ’em all!