Omega Ruby and Alpha Sapphire... are such impressive remakes that it's easy to ignore their minor faults. 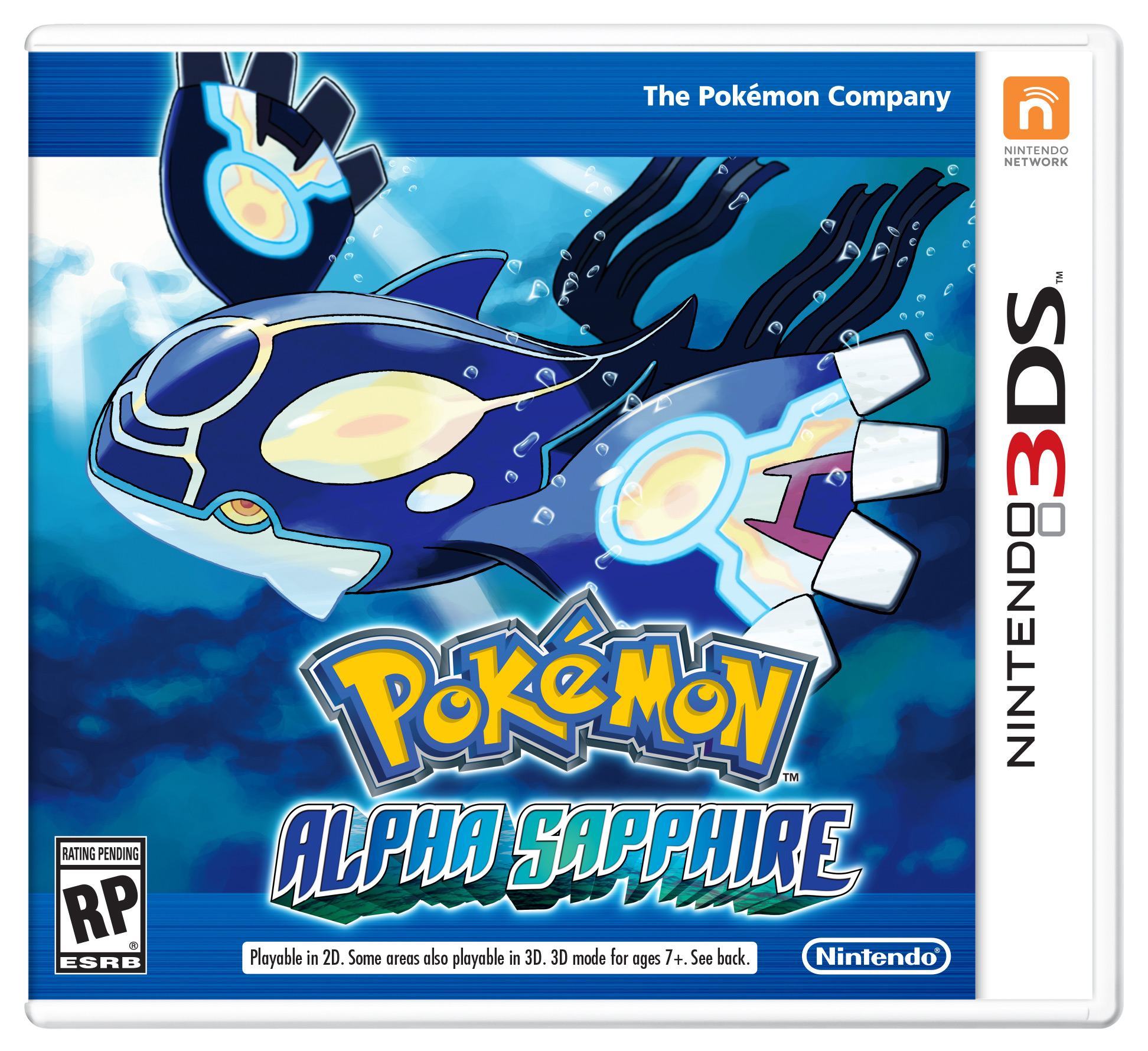 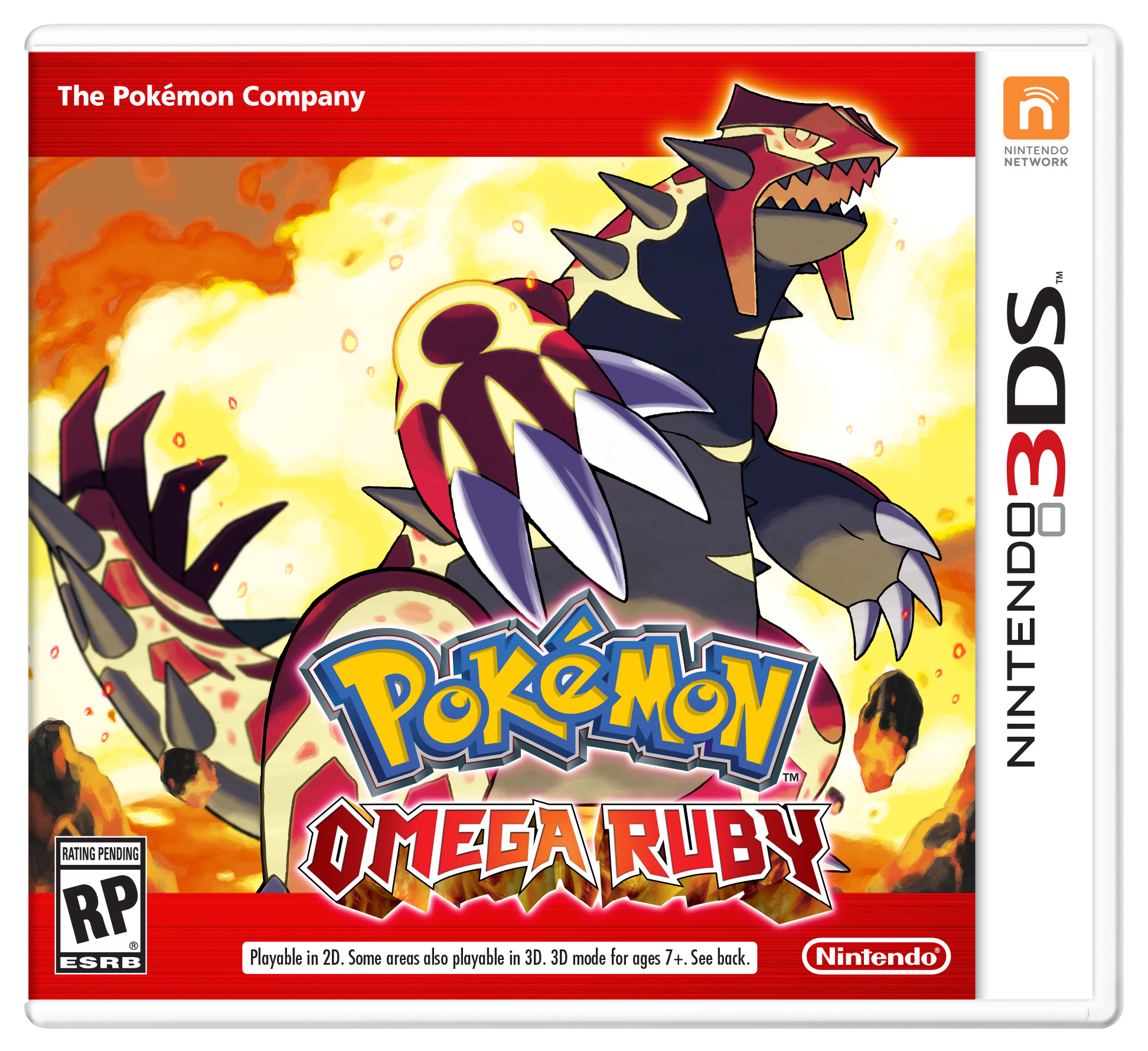 On the RPGFan forums, we’ve discussed that for every innovation a new Pokémon game brings, it also discards at least one feature that we loved. Remember that Pokémon could walk behind you in HeartGold/SoulSilver? What about the World Tournament from Black/White that let you fight Gym Leaders from past games? Omega Ruby and Alpha Sapphire follow this trend, but are such impressive remakes that it’s easy to ignore their minor faults.

“Remake” is a strange word to use in relation to Omega & Alpha. Yes, strictly speaking they are a recreation of the Game Boy Advance titles Ruby & Sapphire, but there are so many changes and new features that it’s tough to think of them as the same games. They are still set in the (now massively overhauled) Hoenn region, players will still fight against Team Magma or Aqua to save the world, and the path to Victory Road is the same as it has always been. But aside from a few nods to their predecessors, Omega & Alpha are completely new adventures.

If you’ve kept up with any news on the two games at all, you will likely have heard about Primal Reversion. This is a new form of Mega Evolution exclusive to legendaries Groudon and Kyogre. The plot centres around Team Magma/Aqua (depending on your version) attempting to awaken either of these Pokémon and use their primal power to raise the landmass or oceans. It’s completely nonsensical and difficult to take seriously at any point. The story is saved by a boy named Wally, who you help catch his first Pokémon, and watch his journey to the Pokémon League as your friend and rival. It’s quite inspiring to watch the young man overcome his sickness and grow as a trainer. Likewise, a post-game story called Delta Episode that focuses on legendary Pokémon Rayquaza and a meteor hurtling towards earth brings in some interesting new characters.

Built on the X & Y engine, Omega & Alpha feature the same beautiful 3D graphics found in their 3DS counterparts. It’s still exciting to experience battles with 3D models, and running or cycling around the vibrant routes of Hoenn is a delight for any Pokéfan. Even after over one-hundred hours with X, and nearly another hundred with Omega, I’m not tired of watching Pokémon duke it out in battles; I’m still floored by the huge visual improvements from Black & White 2. It was disappointing that there was no trainer customisation this time around, though it makes sense considering the originals didn’t have it either. There’s some framerate slowdown with the 3D slider on in battles, but it’s hard to criticise the top screen’s aesthetics on any other point. I did notice more frequently reused NPC models than in other titles, though this is a minor complaint.

The touch screen, however, is a strange mix of the best features the series has ever seen with one of its most impractical layouts. The DexNav is a new feature that shows you, with some minor limitations, which Pokémon can be found and caught in which dungeons and routes. No longer will you have to run around a location for hours to determine if a rare Pokémon is hiding there. Instead, as long as you’ve seen the ‘mon at least once, the DexNav visually indicates if it can be found in your current area. Additionally, every now and then, the radar will pick up a nearby Pokémon that has its hidden ability, one of its egg moves, or higher-than-normal stats (better IVs). You can sneak up on it to engage it in battle, and the more times you encounter a creature in this way, the higher chance you gain for even better bonuses. It’s a brilliant time-saving addition, so let’s hope Game Freak decides to keep it around.

Other bottom-screen features include BuzzNav, a TV-channel newscast that creepily displays exactly what other players have been up to in their games; a town map that keeps track of berry and Secret Base locations; and the PSS/Aime/Super Training functions from X & Y. It’s just a shame that moving between all these features requires far too many menus. It appears the systems from X & Y have been copy/pasted right on top of the new ORAS features. For players who missed X & Y, trying to figure out where everything is and what each mechanic is used for will be a nightmare.

Exploring Hoenn is much the same as it was twelve years ago; the routes are laid out in the same way with the same dungeons and similar obstacles. Both the trick-based Acro and super-fast Mach bikes are back, so expect to be going back-and-forth to Rydel’s shop if you want to explore every nook and cranny. Eventually you can own both at once, but not until well after you’ve beaten the game. It’s an annoyance on par with HM usage which, unfortunately, is also still a necessity. Please Game Freak, just give me a pair of hedge clippers so I can ditch Cut forever. I did enjoy using Dive to explore beneath the oceans again — it’s just a pity there isn’t much to see. Flying, of course, is still around, but Omega & Alpha introduce a new aspect to it known as Soaring.

Soaring is the Final Fantasy airship of Pokémon. After catching Latias/Latios, you’ll soon be able to take to the skies and fly over Hoenn in the style of a traditional RPG world map. You can land anywhere you want (including outside dungeons and on routes), encounter flocks of Flying-type Pokémon, and even travel to new Mirage Spots (more on that soon). Soaring doesn’t replace traditional flying, so you can still use Fly and then just pick your destination on the old Town Map if you’d prefer. As exhilarating as taking to the skies is, the take-off and landing animations can’t be skipped, which makes it feel more like a chore. It’s equally disappointing that you can only fly on the back of Latias/Latios and not any other Pokeémon capable of flight.

While Soaring, you can fly to Mirage Spots: areas where Pokémon not native to Hoenn can be caught. These include ordinary, everyday Pokémon, plus legendaries from past generations. There are specific requirements that must be met for these spots to appear, but it’s a great chance for players who are new to the series, or older players completing their Pokédexs for the first time, to catch legendary Pokémon they might have missed in older games. Additional spots can be found by connecting to the internet and “passing by” online players.

Just as in X & Y, it’s easy to interact with other trainers online. You can trade through the GTS at any time, battle against anyone across the world, or get a surprise Pokeémon through Wonder Trade. Omega & Alpha introduce a new feature designed for online connectivity too: Super-Secret Bases. If you’ve played the original Ruby, Sapphire or Emerald games, you might remember Secret Bases as a way to create and decorate rooms in various caves, holes, bushes and trees found around Hoenn. The premise of Super-Secret Bases is the same — you can still find your preferred spot, buy furniture and decorations, and deck out your hideaway in any way you like (similar to Animal Crossing: New Leaf). But now, with Spotpass and the internet, up to 30 bases at a time from other players can exist in your game. You can hunt them down and then battle the player that they belong to, take their flag to boost your own score, or even ask them to be your pal and have them come back to live in your own base. Super-Secret Pals can provide services such as giving you berries, rare stones, or creating new goods for your base. If you’re feeling particularly creative, you can set your base up like a gym (using your pals as trainers) and share your base through QR codes for other players to challenge. You can even change the battles rules and format, such as doubles or rotation.

There’s a solid amount of post-game content, but perhaps not as much as fans would like. Aside from the previously mentioned Delta Episode, there are a number of other activities to spend time with. Obviously, completing your National Pokédex of 719 (with a couple more still to be released) is a massively time-consuming endeavour, as is challenging the competitive-style Battle Maison (Battle Frontier’s replacement) to win fame and powerful hold-items. Contests make a return, where you can pit your Pokémon in a battle of style and beauty, though they’re paint-dryingly slow to watch and the rewards are weak. You can also hunt down all the Mega Evolution stones needed to take certain Pok&eautemon to their maximum power or explore a few optional dungeons.

Omega Ruby & Alpha Sapphire are two of the most impressive remakes I’ve had the pleasure to play. While I wasn’t hooked to them in the same way I was with HeartGold & SoulSilver, I found them superior in design to X & Y, whose setting never really felt like “Pokémon” to me. If you fondly remember your time with Pokémon on Game Boy Advance, then you should be running out to pick up these games right now. If you’re a more casual Pokémon player then, aside from a wonky touch-screen interface, it’s an easy entry to jump right into. Omega Ruby & Alpha Sapphire have the story and style of the older games we fondly remember with all the brilliant upgrades of more recent years.

Exceptional entries in the series that include some great new mechanics.