Road 96’s developers somehow strike that excellent balance, leaving me laughing and quietly pensive all at once. 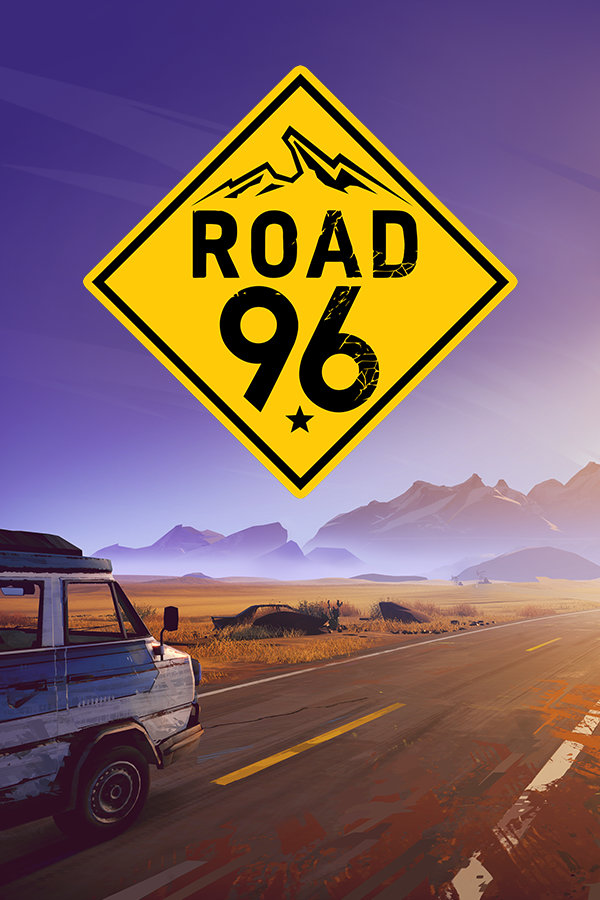 Road 96 dazzled indie fans with its phenomenal trailer during this year’s Day of the Devs. Speaking for myself, I was immediately taken by the wacky characters coupled with the idea of suddenly hitting the road as a hitchhiker in what appeared to be a wasteland. I wasn’t exactly sure what to expect, but I’m quite satisfied with the finished product.

In quasi-roguelike fashion, players embark on brief one-hour journeys as a nameless teenager seeking to jump the border from Petria to whatever’s on the other side. After each escape attempt, another teenager is generated. Petria’s home to our protagonist and the desolate, tyrannical government that abuses its citizens. Over the course of the game, our first-person-view teen meets earnest and zany individuals alike. Even most of the straight characters oftentimes have an odd streak in them.

Between each mini-episode, players see a load screen that identifies which of the six critical skills they’ve permanently unlocked for their current and future characters, and a progress bar alongside six named NPCs (well, seven if you count the masked criminal duo). While each mini-episode along the road to the border focuses on interactions with one of these six characters, several other nameless NPCs interact with the protagonist along the way to add flavor and credence to the world.

Each of the six characters is starkly distinct from the others with their own demeanor, dreams, and histories. Some even have direct relationships with one another, whether they realize it or not. Getting to know this group is just one of the joys of Road 96. Another is the legitimately randomized feel of the game. Whether hitchhiking, walking the road, calling a taxi, or taking the bus, I never knew what was going to happen next. Would I end up at a diner? A bar? A rundown camp for rebels? Maybe I’d just be driving down the road in a stolen vehicle with a sociopath by my side. I couldn’t wait to find out!

Most interactions offer dialogue choices, with usually two or three responses. Sometimes, players can choose a means through which they’d like to shape the direction of the government: through voting, rebellion, or simply a desire to get the hell out. In today’s gaming landscape, most players crave a game that shows everything going on under the hood. Don’t hide something from me for fear that I might hate the game for missing out on something. Road 96 offers little insight as to how to shape the direction of the game. Although one can intuitively surmise that vandalizing one political candidate’s poster instead of another might shape election results, several other aspects of how the game unfolds are simply unknown, which is for the best.

Some folks will definitely take issue with the heavy political tones in Road 96. That’s fine, though—just play a different game. So many choices! Road 96 fascinates me in how it relays the story because it somehow manages to expertly tell a lighthearted narrative with ridiculous characters who are the definition of “silly” but can just as easily preach about political unrest and the horrible lives Petria’s denizens suffer through. Historically, I’ve sighed when developers try to have it both ways, typically because they’re not capable of doing it well. Road 96’s developers somehow strike that excellent balance, leaving me laughing and quietly pensive all at once.

Playing the game feels a bit clunky, unfortunately. Although the first-person perspective functions fine overall, there’s an odd floaty feeling to walking around that doesn’t feel authentic. In addition, some parts of the game involve too much walking with not a lot to do. These are the worst moments in Road 96, as painstakingly poking around at every single boring piece of environment feels required, yet often results in a lack of meaningful finds or an object that can’t be manipulated due to a missing skill. During moments when dialogue occurs while running, the camera combined with the NPC bobbing up and down as they run results in challenging option selection, as it completely depends on where the mouse cursor is.

Other aspects of the gameplay don’t really energize the experience. As this is set in the 1990s, technology is pretty mediocre in the third world country, so expect to spend some time playing Pong, Connect Four, and Atari tank games. Other activities involve pumping the right amount of gas and finding the appropriate drinks to pour at a bar. These “minigames” don’t really strike a chord, but they do characterize the world and its setting. In this sense, they’re well-implemented, but I’d be lying if I said these were enjoyable experiences.

In terms of the quality of dialogue choices, I can’t say they’re Witcher level. Not even close. Most of the time, players will choose between a rude and empathetic comment, which doesn’t provide a whole lot of agency, but this is easily excused because of the quality of the dialogue and voice acting. Road 96’s voice actors do an excellent job of portraying their characters while also delivering a large variety of lines convincingly.

Voice acting isn’t where the outstanding audio ends, though. Several artists worked on the game’s soundtrack, and almost every single track not only meshes well in each scene, but they’re tracks I’d likely listen to in my free time. Road 96 may not have fantastic visuals (I could count the polygons), but the audio is top-notch. In this sense, Road 96 feels expertly designed in some respects, but kinda weak in others (story vs. gameplay, audio vs. visuals). I won’t say that the game looks bad, per se, but it’s distinctly indie. On a positive note, the art style suits the world.

Clocking in one whole run of about six episodes took me seven hours. After dabbling in New Game+ for a little bit to complete my relationship bars and discover all of the collectibles, I expect to invest another seven hours. Road 96 offers a unique style and storytelling that the gaming industry desperately needs right now. I worry that this one will float under many people’s radar as it’s by no means an edge-of-your-seat story with larger-than-life actors. This is a chill game with cozy vibes mixed with a little bit of social unrest to shake things up a bit. Conflict! At any rate, if you have the need for this sort of title in your life, Road 96 scratches the itch well.