...this is still the same old Shenmue series you know and love, for better or worse. 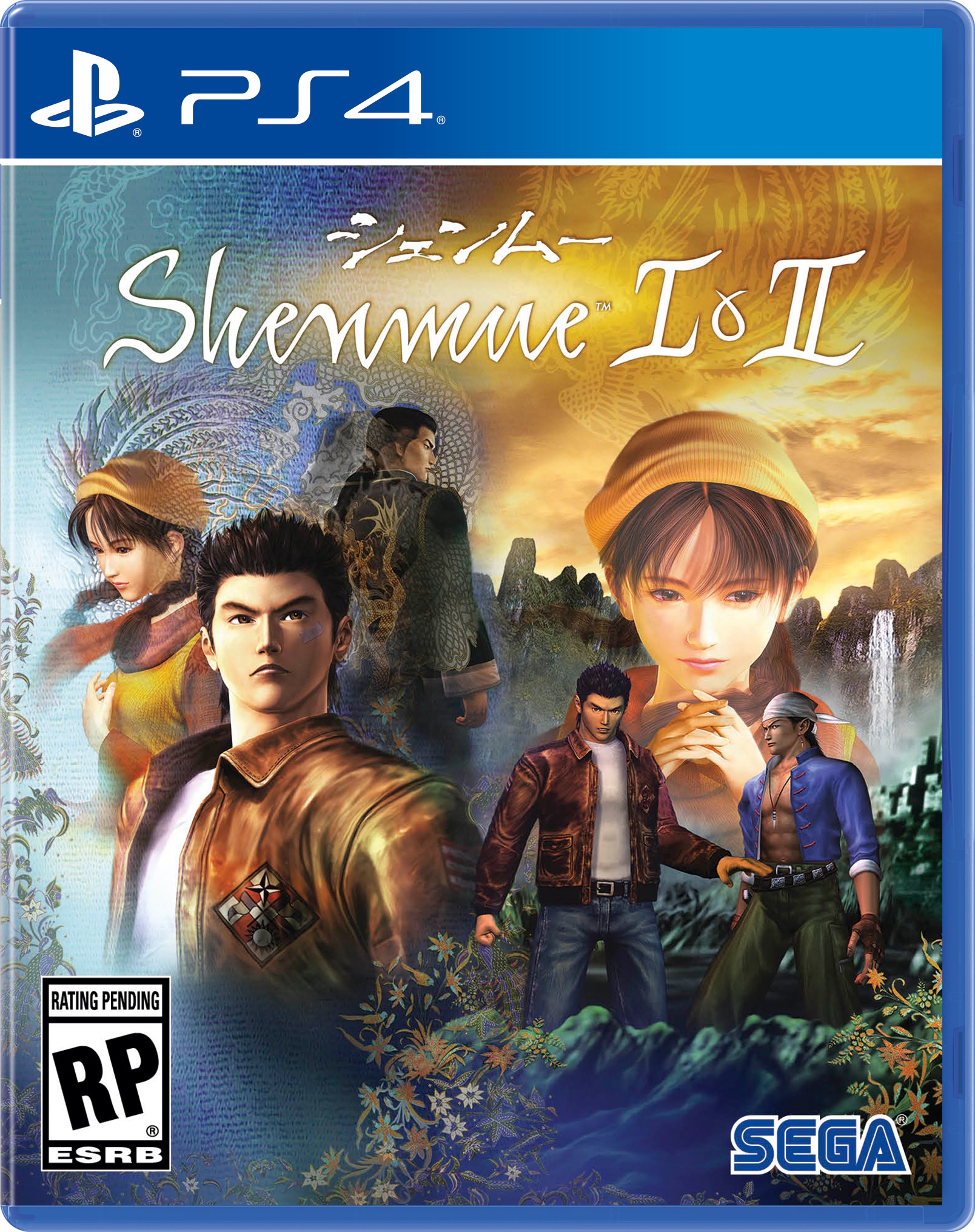 Replaying Shenmue I & II for the first time in over 15 years has been both humbling and eye-opening. These were games I loved as a kid; I’d sit in front of the Dreamcast for hours on end, just running around as Ryo Hazuki, feeding the cat, driving forklift trucks, and collecting figurines. There was just a fair amount I’d pushed out of my memory, failed to recognise as flaws at the time, or tried to forget about them to preserve this perfect, plinth-like status Shenmue has been given. This remaster brings both games to modern consoles for the first time, and serves to remind us of everything Shenmue I & II did for the industry, but also to show us what we don’t want to remember — that these games aren’t perfect.

Shenmue I & II, particularly the first game, were the most expensive video games ever at the time of their release. Essentially, if every Dreamcast owner bought a copy of both games, Sega would still never have made their money back. I didn’t know that back in 1999, but this context helped me understand so much the third time around. It helped me to pay attention to the finer details in the game, like the way a character’s hair moves, or the lip syncing, or even the sheer amount of things to do and collect. It’s extremely impressive for 1999, and even today, and you can completely understand where all the money went.

So, what’s new in this long-awaited remaster? Not as much as you’d expect. The biggest update to either game is the sharper graphics and character models. Everything in Shenmue I & II is crisper and much more detailed, especially the main characters’ faces. This sadly doesn’t translate to the various NPCs, whose awkward, flat faces are jarring compared to those of the main cast. A lot of the blurred textures, caused by shimmering in the Dreamcast version, have been fixed and make the environments look a lot crisper. In short, this is the cleanest version of both games.

There are a couple of other small changes, tweaks, and additions that will please longtime fans and newcomers alike. Back in the Dreamcast days, load times were horrendous with some screens taking more than ten seconds to load, but here you barely have to wait more than a second before the next screen has loaded. This really helps mitigate much of the time you inevitably spend wandering around to find out where to go, or what to do next. Retro purists also have the option to change the aspect ratio or resolution to match the original Dreamcast release. It’s these little details that show D3T have put a lot of time into catering this port to old and new fans.

Outside of these technical changes, this is still the same old Shenmue series you know and love, for better or worse. The two games follow Ryo Hazuki, who is out for revenge after his father is murdered by the mysterious Lan Di. His adventure takes him from his hometown in Japan to Hong Kong where he meets various people of all walks of life. The charm of both games come from how intricate the world is and how involved with each city you feel. You get to learn about the daily lives of the citizens, what time they’re at the park, or when they’re going shopping, or just learn so many things about them. You can even look past the shoddy localisation at times because of how lovable some of the characters are, especially in the first game. There’s plenty of optional stuff to discover outside the critical path — I spent hours in both games collecting capsule toys, driving forklifts, gambling my money away or playing games at the arcade, or feeding a kitten. This was the Shenmue I remembered and loved, with fantastic subtle moments and a world full of secrets.

It was all of those fond memories of running around and having fun talking to people that had clouded my judgement. I realised I remembered barely anything of the main story, and unfortunately, revisiting both games made me realise why. Ryo’s grand tale of revenge takes so long to get off of the ground, especially after such a shocking opening. Shenmue I, in particular, suffers from a very slow pace, due in part to its sleepy hometown setting, and it took maybe the entire first game to feel like it had progressed. This isn’t helped by the awkward localisation, which I’ll admit I did find amusing, though it hampers the serious nature of Ryo’s revenge story.

There was one other major issue that really affected my time with both games, and that was the controls. While not quite tank-controls, simply walking around can be extremely painful. Turning Ryo around in the game’s many narrow corridors is frustrating and slow, and simply skimming through the menus can be a little bit fiddly. Sometimes you need to zoom in on objects to interact with them, and when you do, selecting the correct object takes more than a few presses of D-Pad. The control scheme completely changes between I and II as well: in the first game, you interact with every door, item or person with the ‘X’ button, but in II, ‘square’ opens doors but also opens your diary, oh and you also pick up items with this button too, but ‘X’ is still used to talk to people. It was a jarring shift and took a lot of adjusting to, even after taking most of the first game to get myself re-acquainted with the controls.

This port also brings the sounds issues along with it as well. Fans will remember the muffled and awkward voice acting from the games, and also the poor sound quality of the music from the first entry, and this hasn’t been remedied here. Throughout most of Shenmue I, I could barely hear the music even with the settings whacked up, which is a real shame because both games have some fantastic music that deserves to be heard! The muffled voice acting, though, can easily be fixed with the additional Japanese voice track, which is of excellent quality.

Playing Shenmue I & II is a treat for die-hard fans as well as an accessible way for newcomers to experience these renowned titles, though they won’t be for everyone. Even though I enjoyed both games, I really struggled to look past the clunky dialogue or even fully invest in Ryo’s story, and the controls sometimes made walking around a nightmare. They’re seminal products of their time that deserve to be celebrated, and this port does a great job of delivering that authentic Shenmue experience. If you’ve never played the series, then you might struggle with the myriad of dated issues, but with Shenmue III on the horizon in 2019, there’s never been a better time to dive in. I’ll certainly be there to see Ryo’s story through to the end.

If you're looking forward to Shenmue III, this is the perfect time to brush up on the series.