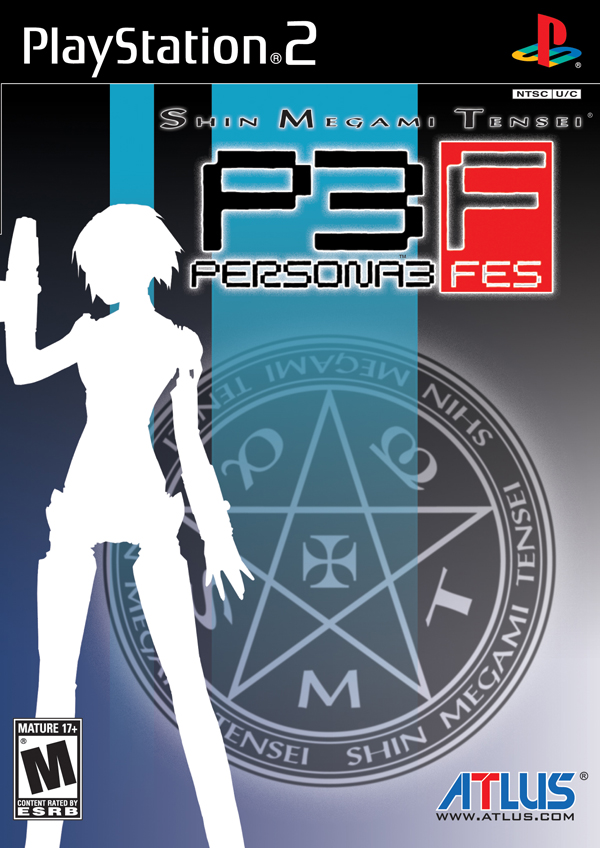 When Persona 3 came to the US, it struck a cord with disaffected fans of the JRPG genre. It managed to combine the traditional with the novel. Turn-based combat was fused with truly important strategic use of strengths and weaknesses; narrative-driven storyline was melded seamlessly with chances for the player to direct his relationship with other characters in a meaningful way. The result was a game that was greater than the sum of its parts, and I’ve been hard pressed to find a person who didn’t enjoy the game.

Enter FES, the expansion to the original game that I never thought I’d see reach these shores. Originally offered as an append disc for those who had purchased the original Persona 3, FES was later released as a standalone replacement for Persona 3, including extra content and a whole extra epilogue to play through. And now FES has come to America, and it delivers more of everything that is Persona 3. Because it is an expansion, I’ll only be focusing on the new content. For a more in-depth understanding of the game’s mechanics, check out my review.

Persona 3 FES is divided into two games: The Journey and the Answer. The Journey is the original Persona 3 with some little extras, while The Answer is an epilogue in which you play as Aigis. In order to explain The Answer, however, there will be some spoilers, so you’ve been warned.

The differences between Persona 3 and The Journey can be categorized as either additions or balances. The additions include new personas to fuse, new missions from Elizabeth, new character quotes, weapon fusions, the option to play games at Game Panic to increase stats, costumes that significantly change the characters’ appearances, the option to take Koromaru for walks in order to encounter your social links, and a whole new social link to cultivate. All of the additions add to the game; none are forced or take away from the fun. Getting to know Elizabeth better via the “date” missions is particularly entertaining, providing something I felt was missing from the original, and having a new social link and new personas just added more of what I loved about the game.

The balances involved aspects that Atlus felt needed to be changed in order to make the additions fun, while not overpowered. One of those was praying at the shrine, which now advances time to evening. To make up for this huge loss of academics improvement, Game Panic gives players double what they would normally get at the shrine. You’ll also have the chance to get tired the day before a full moon, and some of the in-class questions have changed, requiring you to do some research or get lucky. Fortunately, none of the balances were unduly enacted, and some actually make it easier to max out social links. While I would really only suggest playing The Journey for those who really enjoyed Persona 3 (or those who have yet to play the game), the whole thing felt like a big “thank you fans” from Atlus.

The Answer is an Epilogue that takes place a few months after the ending of The Journey. The story centers on Aigis, who has been trying to deal with the death of the main character after The Journey. Apparently, he passed away after having expended all his power. Now, the dorm is about to close, what with the Shadow problem taken care of, and Mitsuru and the rest decide to have a celebration. However, the group senses a strange occurrence at midnight, and are suddenly attacked by an android named Metis, who claims to be Aigis’ sister. She attempts to kill the rest of the dorm crew, but Aigis manages to stop her in time by summoning the Persona Orpheus, which was the persona the main character from The Journey used originally. When the dust settles, Metis reveals that she is trying to protect Aigis from the Abyss of Time, a temporal distortion that has appeared underneath the living area of the dorm, and that is causing the day to repeat. After some convincing, the now multi-persona-using Aigis and the relatively mundane other characters decide to help Metis get rid of the Abyss. The adventure will take Aigis and Metis on journeys of self-discovery that will allow them to solve the mystery of what really happened to the hero of The Journey.

From a story point of view, The Answer is both rich and limited. Gone is the ability to cultivate your social links, as you are trapped in the dorm. At the same time, the characters get developed more, with some, such as Aigis, growing and changing even more than she had originally. The Answer tells a good story, albeit one that is driven more by dungeon crawling than anything else.

Gameplay is relatively unchanged, but the things that have switched are really more annoying than anything else. The biggest snag was the loss of the persona compendium, which let you store persona data and summon them back whenever you needed them. Instead, you’ll be making all your persona from scratch, or obtaining them from shuffle time. This makes things tedious, especially if you are a collector, like I am. And with the lack of any socialization elements or daily routine, all that’s left to do is some serious dungeon crawling. This in and of itself isn’t terrible, as the dungeon crawling was well done, but The Journey was about the full package, and The Answer is not.

Graphics remain unchanged, but as for music, there are an extra 17 tracks in this game. Most of these are remixes or arrangements of tunes from the Persona series. They’re pretty well done, and you can check out our soundtrack review for more information. Unfortunately, for those of you who had problems with some of the voice actors in the The Journey, nothing has changed in The Answer. While some voice ators are still good, such as Mitsuru, Junpei, and Akihiko, Fuuka still sucks. Actually, that’s really the worst VA, as Ikutski isn’t in the game. Yay!

When it comes down to whether or not to buy Persona 3 FES if you already have Persona 3, you have to ask yourself the following two questions: “did I like Persona 3 enough to want to play the game again with some minor tweaks?” and, “did I enjoy the combat enough to play through a whole epilogue that focuses on the combat?” If you said yes to either of these questions, pick up FES ASAP. If not, there’s no need for you to spend more money on the game. If you haven’t played Persona 3, however, there is no better reason to pick up FES. Do it now!