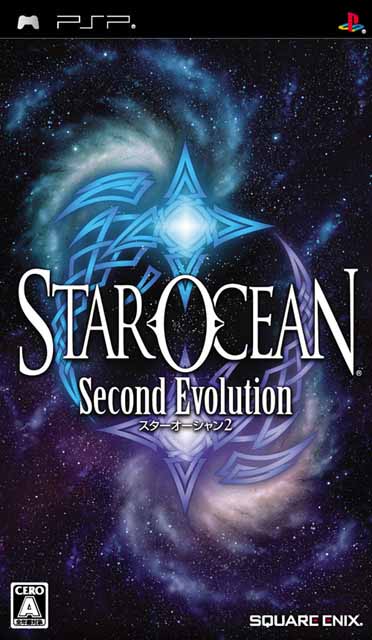 Remakes and reissues. That’s all I seem to play these days, and as a result, I have come to better understand the subtle differences between the two game types. One tries to improve a great game, while the other lets the game’s original greatness speak for itself. Star Ocean: First Departure was a fantastic remake because it made the game bigger while letting the original greatness shine through. There is little debate that the game looks, sounds, and plays better than the original.

Second Evolution takes a different approach from its sister game. Rather than try to build on the already phenomenal Star Ocean: The Second Story for PS1, the developers decided to pretty the game up, synchronize the gameplay with First Departure, and for the most part leave the game untouched allowing its original greatness to speak for itself. How did that exactly work out for them? Well, let’s see.

Second Evolution plays very close to the original with some small changes and one big one. The smaller changes basically make the game in sync with First Departure. In battle, for example, mages can use spells like killer moves by assigning them to the L and R buttons, and a minimap has been added. Menus, item stats, and over world travel have also been standardized to fit the first game, though few of these changes affect gameplay that much. The skill list is also the same as First Departure, which means some cuts and additions; even the secret character, Welch, is the same.

The biggest change that players will feel is the change in battle mechanic. Every character now fights with three hit combos instead of the various attacks in Second Story. Again, this is exactly like First Departure, but it influences the game much more. On the positive side, it’s pretty stylish. It was great to see new moves on all of my favorite characters, particularly Dias. The fights are more fun to conduct and the ease of switching between characters allows you to create a variety of strategies, juggling, countering, and outmaneuvering enemies all over the field.

But there is a pretty clear downside. The enemy stats have not been rebalanced to account for the three hit system. This means that the regular fights and bosses are all much easier. In the later areas, where enemies actually start to block, the difficulty starts to level out a bit, especially in the galaxy and universe modes, neither of which are that hard to unlock. Still, the changed battle system makes mage characters even less useful than they already were. Honestly, if you know nothing about Star Ocean, you could probably fly through the first difficulty level without ever needing to get good at the gameplay or train characters. You don’t even really need to take advantage of the skill system; work the training and music skills early enough, and you could easily overpower your characters before the halfway point, making the rest of the game a cake walk.

To be fair, the original Star Ocean 2 was not terribly difficult. The added Galaxy and Universe modes made up for this. SO2 is also unusually non-linear for a JRPG. You can visit most map locations out of order, avoid recruiting every character besides Claude and Rena, and use the character abilities to give yourself huge advantages against supposedly difficult boss fights. However, whereas in the original SO2 this fluidity was endearing, with the addition of the three hit combo system, the game feels almost rigged. No offense to people who are stuck, but, you really have to suck to not be able to finish this game. Even limitless Indalecio and Iselia Queen feel nerfed.

No big changes here either. Claude, son of Ronnix from the first game, is transported accidentally to Rena’s home world. The two set off to investigate a mysterious artifact named the sorcery globe, meet various personalities along the way, and hilarity ensues. I always thought this game’s story was better than the first. There are a few more twists along the way, and the private actions and character relationships are better. Welch has PAs of her own, and the voice acting makes some of these incidental moments and side quests quite funny. One criticism for people unfamiliar with the game is that it starts a bit slow. The first couple of hours are very talky, and the characters feel unnaturally stiff. The constant embarrassment, hiding of emotions, and obsessive politeness are common in JRPGs since they are modeled after Japanese culture. But really, this game goes a bit far. The first three hours of conversations feel like an extended lesson in polite Japanese. I recommend importing it if you are studying the language.

For the most part, the in-game graphics are unchanged. The resolution is sharper and the widescreen is a nice touch. Second Evolution looks cleaner than the original game but not really different. There are about ten anime cut scenes, all of them respectably done as in First Departure. The original PS1 cut scenes are still around too; sure, they could have animated the destruction of Clik and other scenes, but I don’t think it matters that much. The character art for conversations is good, and some of the attack and spell animations have been shortened and sharpened. The overworld is a bit more detailed now, especially the towns.

There isn’t a lot to say since the graphics are basically on par with First Departure. Second Story was a nicely animated, if not amazing looking, game for PS1. Second Evolution doesn’t push the PSP to the limit, but it still looks good and works well with the game’s style.

The sound is almost identical to the original game besides the voice acting. The dungeon, town, and overworld themes from the PS1 original are all back. Sound effects are unchanged for the most part. The new opening theme grows on you, especially if you dig J-Pop. The previously mentioned voice acting is also high quality, just like First Departure. Claude and Rena both sound great, and some of the characters are more amusing thanks to great voice work (Ashton comes to mind). The battle voices are solid too; later epic battles in the cave of trials are definitely enhanced by characters cursing when they take hits and reacting to victories or fallen allies. The Haniel and Michael fight in the final tower is also a treat thanks to the latter’s constant taunting and shouting. I wasted more time than I’d like to admit in the voice gallery just repeating some of Welch and Precis’ hilarious lines. If you have only played the American PS1 version, your memories of the voice work are probably not happy ones. While this game is far better than the American and Japanese PlayStation versions, it is not nearly the improvement that First Departure was since the music has not been re-orchestrated or improved. Still, it is an improvement.

Identical to the first game aside from the changes I noted in the gameplay section. Mages are a bit easier to use. The sharper sprites and PSP controls make the game more user-friendly than the original, though not by much.

The original Star Ocean 2 is a nine out of ten, and this game gets the same score because I don’t think this game is much better. The changes in the battle system definitely freshen the game up and will make you re-evaluate your favorite characters. Unfortunately, the difficulty has not been properly balanced. The sound and graphics are basically the same with the voice-acting and anime cut scenes being the most significant esthetic improvements. These stylistic improvements, most especially the great voice work, cancel out the difficulty issue. Thus Second Evolution is not nearly as successful a remake as First Departure nor is it completely faithful to the original. Still, Second Evolution is a more than acceptable reworking of one of the best RPGs of all time, and should work well for people who missed Second Story and don’t have $100 lying around to buy it used for PSone.