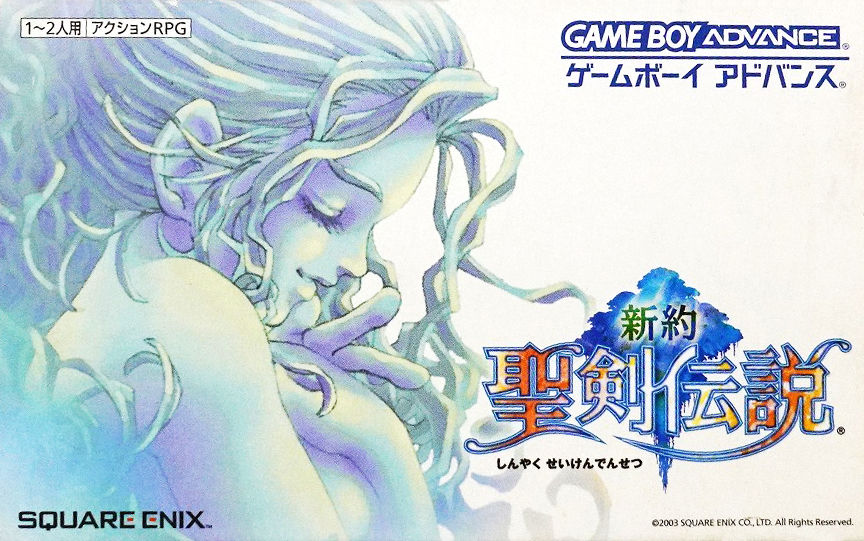 Being the RPG gamer that grew up in the era of the NES and Super NES, games like Final Fantasy VI, EarthBound, and Secret of Mana top my all time favorite chart. I have always been a fan of the Mana series, but sadly precious few of the games saw a North American release. It was with great enthusiasm that I found myself hearing about a new game in the mana series entitled Sword of Mana. The interesting thing about Sword of Mana is that it is sort of a remake of an age old Game Boy game going by the name of Final Fantasy Adventure. Only, to call this game a reiteration of said Game Boy game is definitely off course. Sword of Mana is far more of a brand new game that may share some plot points with the old version. Features galore have been added and the interface has been souped up to the nines. It is therefore with great displeasure that I have to note that Sword of Mana struck me as really only sort of average.

If you have ever played Legend of Mana, or even more similar, Secret of Mana, then you know how this game will play. The battle system is full real time and truly makes Sword of Mana an action RPG. You can (and are forced to) change out your weaponry whenever you please. Different weaponry is effective against different adversaries and each type of weapon will help you to solve simple puzzles.

The whole thing comes together rather nicely, but is sadly marred by a clunky interface. Even though there is a handy dandy quick button to reach the weapons interface with as little hardship as possible, it still quickly becomes a chore to change to that axe, then to the sword, then back to the axe, etc.

Sadly, the menu flaw does not stop there. Magic is handled in much the same way. Different magic is effective only against certain enemies and a constant changing out of magic types is needed. Again, a quick button was assigned to this magic system but it soon becomes so boring to constantly switch between that you will end up just as soon avoiding a fight as sticking it out.

Numerous additions have been added to the system that make Sword of Mana somewhat akin to Legend of Mana. You now have the ability to track your progress via the Tiny Cactus, you can custom make your armor and weaponry, and you can grow fruit and veggies left, right and center. The difference is however that while Legend of Mana’s blacksmithing and growing features were incredibly in depth, Sword of Mana’s features seem like a watered down version of it. It comes across feeling somewhat lacklustre and while good for a diversion, really does not do a whole lot to make the gameplay more in depth.

Despite the inclusion of a fair number of side-quests played out in almost a mission based sort of way, Legend of Mana steers pretty close to the basic action RPG formula from here on in. Guest NPCs will join you and then leave you, but don’t worry, you won’t miss them. The NPCs in this game are so mindless that from time to time I would revive them only to watch them dive right back at whatever just killed them. It gets INCREDIBLY frustrating and in the end I just let them stay dead. It did not hinder me in the slightest.

Something that action RPGs are not always well known for is a deep and engrossing plot. Unfortunately Sword of Mana follows suite and produces a lame, sparse, clich? ridden script. Boring dialogue combined with wooden character interaction equals a mundane experience for all. Despite the fact that many truly touching moments happen in the game, the reactions garnered from said reactions are almost a slap in the face. Its almost as though someone thought they should model the entire game after Keanu Reeves and then got him to come in and make sure it lived up to his wooden, monotone standard. Overall, it did nothing to hold my attention.

Graphically, Sword of Mana is pure beauty. I don’t know if it is just me, but I absolutely adore the sprite based art style utilized in the Mana series. Incredible animation abounds in one of the most colorful worlds yet to be seen on the GBA. Interesting (yet kind of hard to distinguish gender) character designs dot the landscape and nicely modelled creatures attack you from every corner. Add in the changing of night and day and you have a beautifully rendered game.

The Legend of Mana soundtrack is quite possibly one of my favorite video game soundtracks of all time. It is with deep regret then that I absolutely hate the Sword of Mana soundtrack. Incredibly tinny sounds take me back to the days WELL before the GBA. While fitting for the mood of the game, the sounds just have that antiquated feeling to them. Not necessarily bad but definitely a disappointment from a soundtrack that simply does nothing to live up to the beauty of is predecessors.

Overall, I was somewhat letdown by Sword of Mana. It’s like expecting gold and getting silver. You are still happy to have the silver, but you really wanted that gold! Sword of Mana definitely has its high points and has some great replay value in that you can play the game over from two separate points of view. Unfortunately, Sword of Mana comes across as somewhat mediocre. It was an interesting diversion over the holidays but I would recommend that you rent before buying. Here’s hoping that Square / Enix comes out with a worthy Mana game next time…