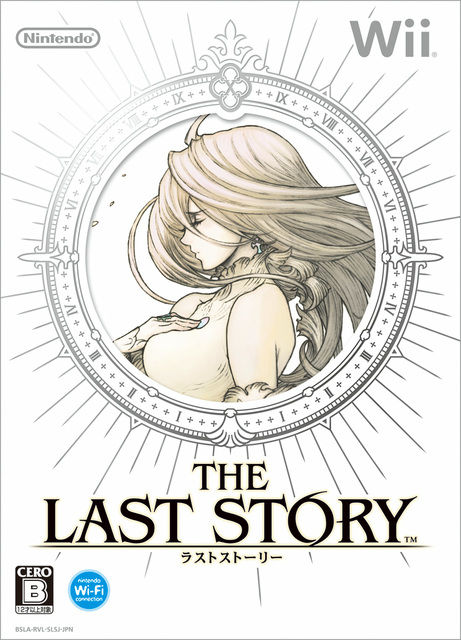 By now, the plot devices of JRPGs are known to any veteran of the genre. At some point, the altruistic, young protagonist meets conservative female lead, they share a moment, and then she gets captured one or five times. Enter ultimate evil general slash CEO who abuses the world for his own ambitions, and the rest writes itself. Without giving away too much, The Last Story departs only slightly from this formula, but what principally determines its quality is the way in which the story is told and how the player traverses the obstacles our brave protagonists encounter.

Zael, a bright-eyed, optimistic mercenary, lives off the wages of dangerous missions alongside his companions. Though the entire troupe seems close, Dagran is Zael’s oldest and most trusted friend. Throughout the years, Dagran has promised him a better life: that of a noble knight. While delving into a catacomb, an unknown entity instills Zael with an unusual power that changes his life forever. Although this power grants him unique strength and abilities, with this gift comes great responsibility. Meanwhile, the planet’s life is visibly waning for unknown reasons, though only a few people seem concerned.

Though the plot may not ignite the imagination, the characters keep the game refreshing with a strong sense of camaraderie and laugh-out-loud moments. In truth, the supporting cast lacks body. Players will instantly take note of the token alcoholic, flirt, loner, and passionate yet tempered environmentalist. The characters may not change much over the course of the game, but the dialogue remains strangely engaging. Similarly, as the game requires a more serious tone, the scripting nails each character’s unique voice. Somehow, The Last Story’s cast are simultaneously charming and lacking depth.

In battle, players control anywhere from one to six characters. Zael is the primary character, but a command mode eventually unlocks that allows the player to allot actions to others in the party. In this action RPG, one simply runs into an enemy to deal a series of devastating blows. Of course, as the game progresses, other abilities are revealed that can offer a slight advantage. At other times, these abilities are required and make the game feel more like a puzzle than an action RPG.

Fortunately, battles can be approached in a few more ways than just running into enemies and telling allies to target far off archers or mages. For one, allies’ magic not only hurts enemies upon impact, but also leaves a relatively large circle on the ground for Zael to dash into with his Gale ability. This allows him to damage foes and leave some sort of ailment for enemies or buffs for companions. Zael is also equipped with a crossbow, which can be handy for taking out weak foes from afar or rendering tanks temporarily useless with paralysis. Still, the strategy and lack of difficulty render the game just barely a cut above the Dynasty Warriors series. Regardless, the brief moments of battle in this 20- to 25-hour romp serve as garnish for what the game is really about: a mediocre plot, two-dimensional characters, and fantastic dialogue.

The discerning consumer should be aware that the game’s length is likely due to a lack of combat. As previously mentioned, battles are brief and unrewarding, with a single exception. However, when one considers the amount of time spent on gameplay versus story, The Last Story offers the same “quantity” of story as other RPGs, while skimping on the gameplay component. At times, I felt like it functioned more like an interactive story – an interactive story with “puzzles.” Another reason for the game’s short length is its locale; while many RPGs have the protagonists explore the entire world, The Last Story almost singularly takes place in the city of Lazulis.

When not brandishing steel, Zael scours the city of Lazulis, a veritable maze of side quests and hidden goodies. Miniature power-ups and equipment upgrade components lie throughout the city, or in the hands of those who offer sidequests. The staple, unimaginative fetch quests exist in Lazulis, but small side-stories involving the lives of its denizens offer welcomed respite from the game’s central plot. Whether exploring a reclusive mansion, climbing down a well, or searching every nook for trinkets, constant diversions will keep those looking to squeeze time from this stony game satisfied with their purchase. Those who have grown accustomed to free roaming may find the confines of Lazulis claustrophobic, but the quality of the space is much better than a large quantity of uninspired towns with gimmicky landmarks.

In this day and age, however, what is a vibrant city without sound? The life of a city is instantly communicated just by walking by the inhabitants, each discussing rumors or their comparatively trivial problems. Again. And again. And again. Quickly walking by two still figures talking about the latest gossip often results in the dialogue getting cut off. Thus, players interested in pointless drivel may find themselves doubling back to have a listen, but the gossip never changes. Eventually, I avoided certain parts of the city just because I was sick of hearing the same first five words of a sentence in an annoying cockney accent. This happens during key moments of the game, as well. A few times, a character asked me to look at something, which I simply could not find for a good couple minutes. That’s bad enough, but hearing the same request repeated every three seconds is surely some kind of illegal torture. I haven’t sent Xseed my letter, yet, but it’s coming.

Seriously, though, the voice acting drives a great deal of the characterization. Any script writer knows that the printed word only comes to fruition when a strong actor breathes life into it. Combine the excellent writing with The Last Story’s voice actors, and the characters feel tangible despite their exaggerated flaws. Combine the real voices with Uematsu taking the reins as composer, and the game offers a veritable eargasm. Not every track accentuates the powerful atmosphere of the game, but many pieces complement key scenes perfectly.

Graphically, The Last Story is a feat for the Wii. Fantastic art direction helps the game keep pace with its counterparts on other consoles. Excellent lighting and the realistic movement of central characters and NPCs alike keep the game visually pleasing. Of course, the Wii has its limitations, but the developers clearly worked overtime to make the game presentable.

The Last Story offers Wiimote and nunchuck support, as well as the classic controller as an alternative (sorry, no GameCube controller). Admittedly, I winced at the idea of using the Wiimote and nunchuck, but I was pleasantly surprised by how fluidly the game flowed. However, good controls do not make up for poor camera work, a problem over the past ten years for third-person-anything. Although I didn’t battle the camera all that much, navigating some of the sneakier parts of the game can be frustrating. Additionally, one ability – the wall slash – requires Zael to press up against a wall briefly, which allows him to run up the wall, and then crash down on enemies and spell zones. The problem with this ability is that it sometimes just doesn’t work. I haven’t discerned if this was because of the angle at which I approached the wall or that certain walls just can’t be climbed, but this leaves Zael completely open for enemy attacks, which can be frustrating.

The Last Story centers around just that – the story. Those looking for an entertaining action RPG should look elsewhere, but those who want to feel as if they’re sitting amongst real friends who fight for the good of the people may find a temporary escape here. Couple this with a healthy helping of good visuals, terrific voice acting, engrossing music, and a strong sense of atmosphere, and The Last Story is a worthwhile purchase.

Primarily for those who enjoy a sense of presence and characterization.