The Legend of Heroes: Trails of Cold Steel
Review by Derek Heemsbergen · January 13, 2016

Trails of Cold Steel is an experience best savored and not rushed through. 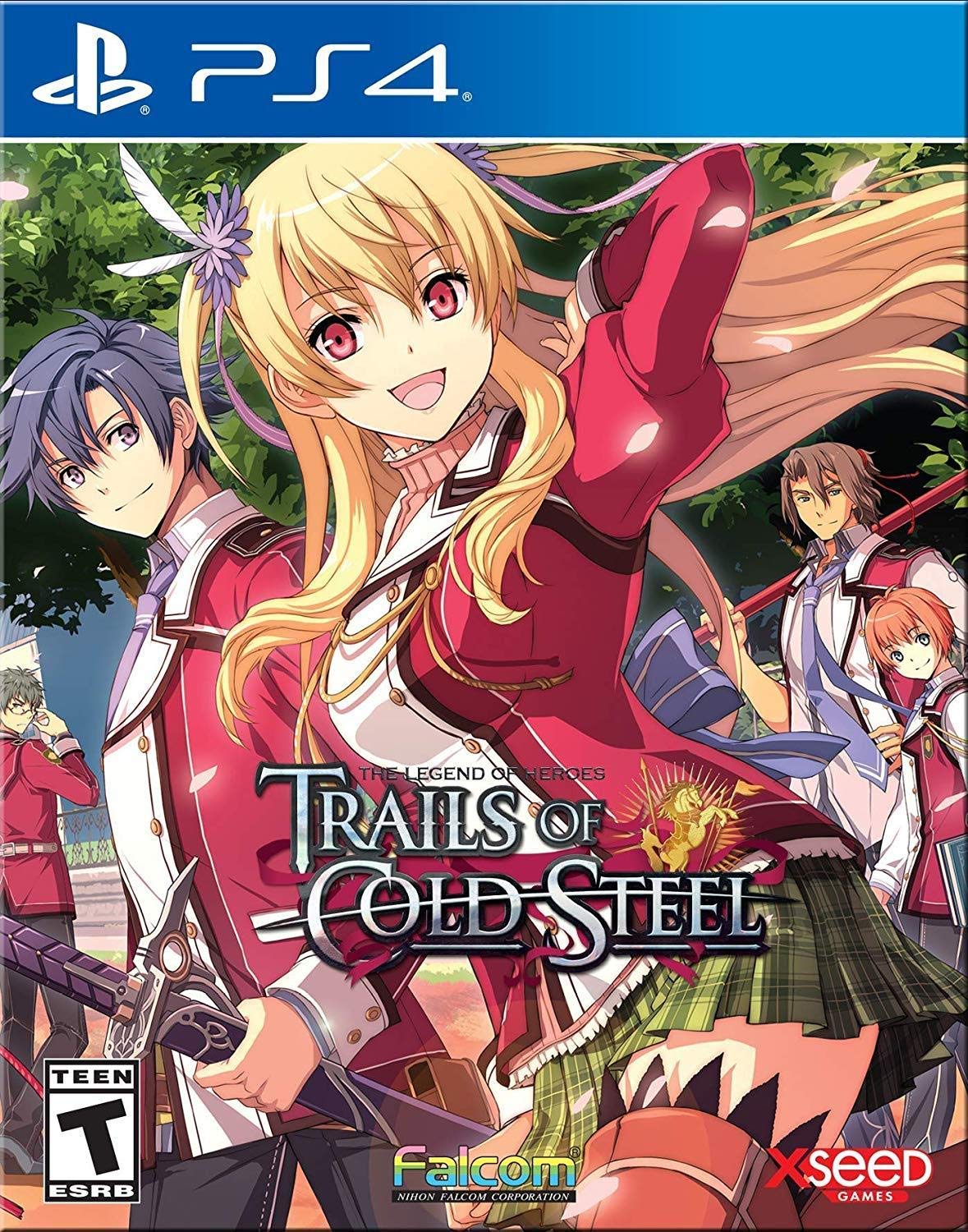 The Legend of Heroes renaissance is at hand. After the four-year gap between Trails in the Sky and its meaty sequel, the handful of months it took for Trails of Cold Steel to grace Western shores seems to have flown by in an instant. And even though Cold Steel’s arrival comes several years after its original Japanese release, it remains as playable as ever, some niggles with visual presentation notwithstanding. Continuing in series tradition, Cold Steel is a traditional JRPG whose unassuming facade belies a complex web of narrative threads binding together a massive cast of charismatic characters. Advancements to its battle and relationship systems bring Cold Steel into the modern era, and while it retains Trails-signature leaden pacing, its tale of bubbling political unrest is a real page-turner (button-presser?) in its best moments.

Technically the sixth game in the Trails series, Cold Steel sets off a new arc in the ongoing narrative of the Zemurian people, this time focusing on a class of elite military cadets in the country of Erebonia. Led by the affable Rean Schwarzer, the students of Class VII hail from a variety of sociocultural and economic backgrounds, making them an unconventional group by strictly classist Erebonian standards. As part of their curriculum at Thors Military Academy, Rean and his classmates travel the full breadth of Erebonian soil, coming face-to-face with several warring factions whose machinations are poised to tear the country apart. It’s easy to see parallels between the stories of Cold Steel and Trails in the Sky, but the characters’ differing perspectives do much to set the two games apart. Rean is confident from the get-go, and perhaps physically stronger than TitS’ Estelle, but is also far more reticent when it comes to discussing the shadows of his past. The other members of Class VII all have their own struggles to overcome, and although their personalities verge a little closer to modern-era mainstream anime tropes, the writing generally maintains its integrity. I’ll admit that some characters are harder to stomach than others this time around, but each one has something to contribute, either to their own subplot or to the story at large. If there’s one thing Falcom does well, it’s making sure no piece of lore or character development is written halfway. Likewise, as with Trails in the Sky, there exist a multitude of NPCs with their own micro-stories to follow over the course of the game. Collectible in-game novels return as well, and they’re longer than ever, making subtle but tangible connections to the series’ lore. It bears repeating that Cold Steel is extraordinarily dense with text and slow-moving, making it an experience best savored and not rushed through. However, because Cold Steel is the launching point for a trilogy (the third game was just announced in Japan), you’d be wise to brace yourself for dangling plot threads unlikely to be resolved until Cold Steel II releases later this year.

While still a relatively standard JRPG at its core, Cold Steel makes advancements from past series titles in three major areas: visuals, combat, and the introduction of interpersonal relationship elements. As the first Trails game in polygonal 3D, it’s a huge leap from Trails in the Sky, but still lags behind other modern RPGs. Environments aren’t especially sophisticated and character animations tend to be on the simplistic side, especially when compared to the smooth mo-cap of contemporary Tales games, for example. I also miss the illustrated portraits for major characters that used to appear alongside dialogue boxes; they’ve been replaced by 3D models, which don’t quite have the same charm, although flashy illustrations do still appear in menus and as cut-ins during ultimate combat abilities. Combat takes a much bigger step forward, featuring a new link system where characters can pair up to provide follow-up attacks, automatic healing, and more to their preferred partners. Battles are more streamlined than ever thanks to speedy, crisp animations with satisfying audiovisual “weight,” and they can be skipped at any time. The game is a bit on the easy side on its standard difficulty level, but doesn’t suffer for it due to generally good balance, and higher difficulties exist for those seeking a greater challenge.

Combat links are formed outside of battle in a new system that apes Persona’s Social Links with the subtlety of a flashing neon sign. On his free days, Rean can spend Bonding Points to pass the time with other members of Class VII, strengthening their friendship and bestowing new tag-team battle abilities. These bonding scenes reveal tidbits that aren’t crucial enough to be explored in the main scenario, but add substance to their characterization nonetheless. Furthermore, it isn’t possible to see every scene on the first playthrough, so players will either have to live with their choices or make use of New Game+ to gain access to extra Bonding Points. Still, the bonding system suits the game’s school setting perfectly, and it’s fun to pick favorites to connect with over the course of Cold Steel’s 70+ hour story.

As with any game that makes use of a central hub area, some of the accompanying music in Cold Steel can start to grate after a while due to sheer repetition. Most of the dungeon and field music ranges from decent to good, but where the soundtrack really shines is in its battle and action themes. “The Glint of Cold Steel” is a fantastically catchy combat theme that has yet to wear thin on me after hundreds of battles, and “Atrocious Raid” has been a staple in my music library since I first heard it back in 2013. The English dub is almost universally solid; even the few characters I don’t care for have voices that sound exactly like I expected they would. Rean in particular stands out as a character who is elevated by an excellent vocal performance.

The PS3 and Vita versions of the game are identical, although the Vita version does suffer from some slowdown. The text and interface on the Vita are also a little too small, and there’s no option to increase their size. There’s a cross-save feature, although it’s within the game’s status menu and not the title screen menu, curiously enough. This means that the first time you play on either system, you’ll need to skip through to the first playable section in order to upload or download your save file. If portability is important to you, the Vita version does just fine, but I give the edge to the PS3 version overall.

Because it opens a new chapter in the Trails series, Cold Steel is a perfect entry point for those who have been curious about previous entries but couldn’t stomach their dated presentation. There are undoubtedly connections to Trails in the Sky and even the (so far) Japan-exclusive Trails to Zero/Azure, but Cold Steel is far enough removed from those stories both temporally and geographically that it’s possible to play this first and explore the rest of the series later. It’s a shame the game wasn’t released early enough to be considered for our Game of the Year awards in 2015, because it’s a top contender in my book. Trails of Cold Steel makes a strong case that the traditional JRPG, in the hands of the right developer, is still a force to be reckoned with.

Incredibly text-heavy nature may turn off some players, slow pacing, some plot threads won't be resolved until the sequel.

If you like traditional JRPGs but Trails in the Sky was a little too dated for you, Cold Steel is exactly what you've been looking for.