[Cold Steel IV] is truly at its best when it’s resolving long-standing plot threads and nodding to previous events and characters in the series. 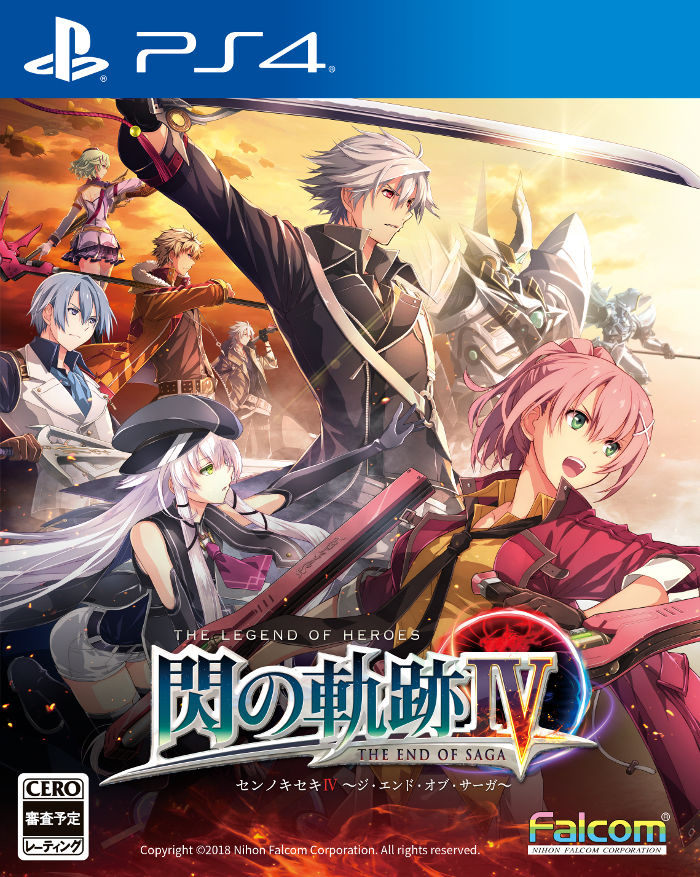 Editor’s Note: Given the nature of this game, be advised that there are some spoilers for the ending of Trails of Cold Steel III.

Longtime Trails fans will remember the horrible four-year wait for the Western release of Trails in the Sky SC. It wasn’t just the length of time that made the wait nearly unbearable, it was the incredibly gut-wrenching cliffhanger the first game ended on. I was spared this angst because I didn’t play Trails in the Sky until just last year, but then Trails of Cold Steel III came out last October, and I suddenly knew the pain of witnessing something extremely emotional and hyped to high heaven, followed by a black screen with those three dreaded words: “To be continued…” Granted, the wait for Trails of Cold Steel IV has not been nearly as long as it was for SC, but I was chomping at the bit last fall all the same. Now that CSIV has reached Western shores, we can finally see how the massive Erebonian arc comes to a close. The journey to the “End of Saga,” as CSIV is subtitled in Japan, is ultimately one of ups and downs, but there are still things for fans to enjoy about this conclusion.

Trails of Cold Steel IV picks up pretty much right where CSIII left off, which is to say, things have gone to hell in a handbasket. The Great Twilight has begun, spreading Erebonia’s curse of discord and warmongering nationalism across the land. (Sound familiar to anyone?) Chancellor Osborne, now allied with the mysterious society known as Ouroboros, plans to use this curse for nefarious ends, and our hero, Rean Schwarzer, is his prisoner. It’s up to his students and peers in Class VII to rescue him and stop the chancellor before the prophesied end of the world. The stakes are the highest they’ve ever been in the series, but it often doesn’t feel that way thanks to the meandering plot and uneven pacing. When the game is firing on all cylinders, things move swiftly and are suitably epic. I’m not exaggerating when I say that some moments in this game have left me incredibly hyped, ranking right up there with some of the highest highs in the entire series. But a significant portion of the game feels more like padding and busy work, and I sometimes found myself wondering why we were spending so much time getting the entire extended gang back together instead of taking steps to deal with the very real and imminent threat posed by the villains.

Things do pick up toward the end of the game, in true Trails fashion, but the plot never reaches the sort of breakneck “can’t put this down” pace in its final moments that I loved so much about previous entries in the series. If anything, I found myself more exhausted than I’ve ever been by a Trails game, and not in a good way. It’s not even just about pacing, either. There are plot issues throughout this game that can detract from the experience — contrivances and barely explained terminology make it hard to take things seriously, not to mention frequent whiplash from characters switching sides like they can’t decide what half of the bed they’d like to sleep on. The resolution to this “wretched fairy tale,” as Osborne puts it, is rushed but mostly satisfying — assuming that you ignore the normal ending, which is horridly abrupt, and instead watch the true ending, which requires that you fight some optional bosses. In some respects, though, it is simply too little too late.

Speaking of characters, there are a lot of them. And I mean a lot. Midway through the game, your ranks swell to more than 20 playable characters. By the end of the game, you have approximately 39 characters to choose from, ranging from Class VII to old friends (and even some enemies) from previous games in the series. On one hand, it’s great to see all of these characters together, particularly returning characters from the Liberl and Crossbell games, and there are so many references to people and events across the entire series that longtime fans will find themselves smiling a lot with nostalgia. The way Trails of Cold Steel IV capitalizes on this as it brings together all three arcs feels kind of like a payoff for fans who have stuck with the series over the years. On the other hand, the bloated roster means that individual characters don’t get as much development as they otherwise would. Bonding events make up for this to a certain extent, but while some are fantastic and really bring characters full circle, others sadly devolve into the harem nonsense that’s been steadily building up over the course of the Cold Steel arc. At least mechanically, the game doesn’t punish you for having so many characters — everyone joins with current gear and a full quartz setup, and while you certainly can micromanage to your heart’s content, the default tools you’re given should serve you well.

At its heart, Trails of Cold Steel IV is structurally similar to CSII, which may please or annoy you depending on how much you liked that game. You revisit old areas from CSIII on foot while you find your friends, and then later on, you have an airship and can fast travel just about anywhere, including some new areas you weren’t able to visit in the last game. As you progress through the multi-part acts that make up CSIV’s main story, you can also tackle side quests, open trial chests to buff your brave orders, fight a variety of monsters and optional superbosses, collect various books, go fishing, and play a few minigames — Vantage Masters returns and is joined by the Tetris-like Pom! Pom! Party!, which originally made its debut in the Crossbell games. It’s pretty standard stuff for a Trails game, and CSIV certainly isn’t breaking new ground in this respect.

The turn-based battle system is almost entirely the same as in CSIII, but brave orders and the break system have been tweaked a bit to make things a little less overpowered. Some orders are now more expensive (though you can now stock up to 7BP to compensate), and enemies get their turn back faster once broken, so you can’t abuse that vulnerable state with delay orders quite as effectively as you could before. You can still break the game, of course — even with the tweaks, some brave orders are still overpowered — but it feels at least a little bit more balanced this time. Divine Knight battles remain mostly unchanged, and just like with previous Cold Steel games, they’re more about providing an epic mech fight than giving players any serious challenge.

Visually, Trails of Cold Steel IV is identical to CSIII, though it seems as if Falcom has managed to rectify some of the occasional frame rate drops that affected the latter. The localization is also on par with or even a little bit better than the previous entry, though there are still some awkward NPC conversations, typos, and a few instances of text flying outside of the dialogue boxes. On the audio side of things, voice work continues to be strong (with a few exceptions) and most voice actors reprise their roles, even certain fan favorites from the Liberl games, which is particularly impressive. There are a few surprising substitutions, which is a bit disappointing, but their replacements do a good enough job of matching their predecessors’ performances. Finally, while the music as a whole is still kind of a drop in quality from the first two Cold Steel games, I think it’s an improvement over CSIII. There are some duds, of course, but it doesn’t feel quite as uneven, and some tracks are befittingly epic or emotional.

The Legend of Heroes: Trails of Cold Steel IV has been a long time coming. Not just because of the cliffhanger Cold Steel III ended on, but because it’s the conclusion to the Cold Steel arc and a convergence point for all three arcs. The game is truly at its best when it’s resolving long-standing plot threads and nodding to previous events and characters in the series. Unfortunately, it spends a lot of time spinning its wheels, and this can be frustrating given how long we’ve waited for this conclusion. It’s not a bad experience, though — just an unnecessarily long one. If you’ve come this far and want to know how it all ends, then settle yourself in for the long haul and keep going forward, relentlessly.

Note: This article was originally published, sans scores, as a review-in-progress on October 23, 2020.

Poor pacing and uneven plot, character bloat leads to less development, bonding events can be hit or miss, so many headpats.

Cold Steel IV absolutely earns its moniker as the “End of Saga,” even if the road to the finish line is a little bumpy.