Not since Ocarina of Time, the last Zelda game to truly shake up the formula and influence the industry, has the series been so dramatically transformed. 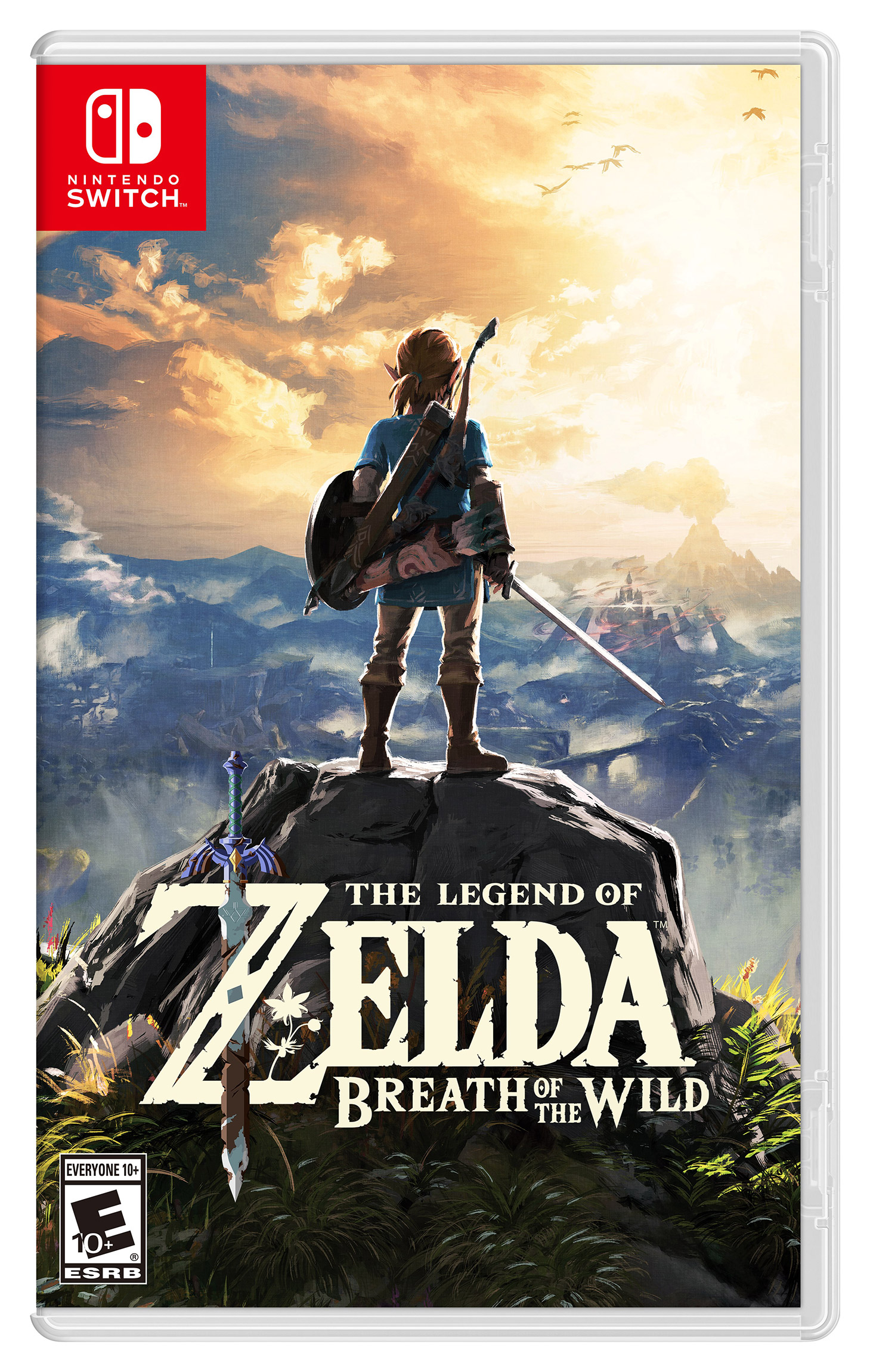 There’s something inherently comforting about the familiar. When the tumultuousness of everyday life threatens to overwhelm our sense of self, we find solace in what we know. Retreating into a favorite book, replaying a favorite game, and spending time with our closest family and friends are all ways in which we can cope with the inevitable stresses of facing the unknown. It’s a great way to recharge and refocus, but it may also lead to unintended consequences. If you never embrace the challenges of facing the unfamiliar, how can you ever grow?

The Legend of Zelda is one of the most storied franchises in video game history, garnering critical acclaim with each new entry in the series. The quality of each iteration of Link’s never-ending quest to aid Princess Zelda in vanquishing the evil Ganon is generally never in question. Whether Link is sailing the high seas or taking to the skies, the execution of Zelda’s tried-and-true formula is almost always near perfect. That perfection has come at the expense of innovation, however, and has left the series at a critical crossroads with tough decisions on the direction of the franchise. Stick with the familiar or charge headfirst into the unknown? Do what you know you can do well or attempt to shake up a series with three decades worth of history and convention?

Breath of the Wild (BotW) provides answers to these questions in no uncertain terms. Not since Ocarina of Time, the last Zelda game to truly shake up the formula and influence the industry, has the series been so dramatically transformed. A core fan criticism of Skyward Sword, the most recent console entry in the series before BotW, was that the world wasn’t sufficiently large for a game that let players soar into the skies. Where Skyward Sword dipped a toe into the open-world construct, BotW’s entire gameplay premise is based on it. I really do not want to undersell the sheer size of BotW’s world and the plethora of mysteries it has secreted away. You could spend weeks searching the mountains, forests, bogs, and beaches of Hyrule and still not come close to finding everything.

It’s not superficially large with locations blocked by invisible walls, either. See that mountain way off in the distance with something weird poking out of the top? You can get there, and you can climb it. That wee island in the middle of the ocean that sort of just looks like part of the background? There’s a way to get there, though you may need to build Link’s stamina up a bit to do it. From the snow-capped mountaintops to the deepest desert valleys, you can explore the vast expanses of Hyrule to your heart’s content. This level of freedom allows for an almost entirely non-linear style of gameplay that truly puts Link’s adventure completely in your hands.

A large, open world isn’t worth much if it’s bland and boring, though. Luckily, BotW’s Hyrule is sprinkled with locations and interesting people that add charm and intrigue through sidequests and insightful dialogue. The ruined villages, scarred battlefields, and vagrant denizens of a kingdom laid to waste by the devastating power of a terrible foe also add depth and impact to the story of destruction that sets the stage for Link’s newest adventure.

After awakening from a 100-year slumber with no memory of who he is or how he got there, Link is driven by a distant voice urging him to complete the unfinished business of defeating the evil force known as Calamity Ganon. The mysteries of Hyrule’s fall and the fates of its would-be Champions are told through the unlocking of Link’s memories and the various characters from his past that he encounters. It’s a solid story that’s presented in an interesting way and enriched by the cast of colorful characters, including the local populace, it involves.

There’s a noted tone of desperation and sadness to the story, mostly conveyed through the Princess Zelda and Mipha characters, that I’m not sure I’ve ever experienced in a Zelda game. It could be that the addition of voice acting, a first for a Zelda game, enhanced the sense of loss and regret at the heart of the story. This speaks well of that new voice acting, which I found powerful at its best and adequate at its worst. It’s a welcome addition and I hope that it’s further expanded in future entries.

The huge open world isn’t the only fundamental change BotW introduces to the series. The formula for the 3D Zelda games has historically focused on moving from one dungeon to the next, where each dungeon’s puzzles are based on a new weapon or skill that Link obtains in that dungeon. In BotW, there are few traditional dungeons in the game at all. That sounds like an incredibly dramatic and potentially detrimental change on the surface, but the new structure introduced in BotW compliments and enhances the open-world concept of the game. There are still a few larger dungeons, but they’ve mostly been replaced by bite-sized types known as shrines. These shrines require the use of one or more of Link’s skills, most of which he now obtains at the game’s outset, to solve smaller puzzles. The difficulty of the shrines varies wildly, and there are a lot of them sprinkled throughout Hyrule, but completing them is necessary to increase Link’s health and stamina. Most of them are fun, many of them are fairly clever, and the well-hidden ones require solving puzzles just to uncover them.

There are many more changes to the classic Zelda formula that may be jarring to some fans at first. Collecting heart pieces has been replaced by collecting spirit orbs from the aforementioned shrines to increase health and stamina; rupees no longer drop from nonsensical places like cutting grass, and they require Link to collect and sell resources; and potions have been replaced with food and elixirs, to name a few. Beyond the changes to traditional Zelda gameplay mechanics, BotW also introduces many features that are atypical of the series and move its genre needle closer to RPG than ever before. There are numerous sets of armor, including helmets and pants, for you to collect and most can be upgraded. There’s an extensive crafting/cooking system that uses ingredients that are seamlessly integrated into BotW’s many environments. Even the item system has been overhauled and elevated from a “there’s a slot for everything” to an “oh man what should I drop to be able to carry this cool sword?” style of inventory management.

At this point, you’re probably thinking that this doesn’t even sound like a Zelda game, but I assure you that Nintendo has managed to fundamentally alter multiple core mechanics while still retaining the spirit and feel of the franchise. Fans will recognize the aesthetic reminders, like location names, characters from previous games, music and sound effects, and enemies. It goes deeper than that, however, particularly in areas like the combat.

BotW introduces many new elements to combat, most notably item durability and the various types of weapons at Link’s disposal. Additionally, there is a parry system that provides the opportunity for flurry attacks if you time your dodge just right. But the core combat system of the 3D Zelda titles remains intact, including targeting, dodging, blocking, strafing, and attacking. Even with the additions, when you’re going one-on-one with a Lizalfos you never feel like it’s anything but a Zelda game.

The music in BotW is subtle and serene in all the right ways, particularly while exploring the overworld, where the sounds of the environment are allowed to share the stage. Soft piano, strings, and woodwinds compliment the sounds of nature while exploring the lands of Hyrule, but the tunes ramp up when entering villages and other important zones. The Hyrule Castle Theme is one of the best pieces of music I can remember hearing in a Zelda game and sets the tone perfectly for the battle to come.

Adding to the overall mystique of BotW’s rendition of Hyrule is the quality and sheer variety of the environment visuals. The Switch is obviously not a powerful machine, but the level of detail achieved is remarkable. The weather effects look great, and the attention to detail for things like blades of grass is something to be admired. The draw distance is absolutely amazing, further prodding you to explore the far corners of Hyrule. There are some issues here, though. There are noticeable drops in the frame rate, as has been reported. This happens intermittently but still far too often. There were several instances where the game froze completely for a few seconds and I thought it would simply crash, though it did ultimately recover. Additionally, there were instances where terrain in the distance appeared very blocky and pixelated.

The controls are generally very solid and responsive, but I had issues with the few puzzles that required motion controls to solve. Put simply, they’re clumsy, aggravating, and I audibly groaned when I realized I was in a shrine that required them. They seem tacked on, half-hearted, and the game would be better off without them.

BotW producer Eiji Aonuma stated several times pre-release that he wanted to create a Zelda game with a huge world that players could explore to find secrets and hidden elements. In that regard, BotW is a resounding success. The entire open world is essentially one giant puzzle waiting for players to crack it open, a feat in and of itself. BotW also represents a fundamental shift in how Nintendo presents Link, Princess Zelda, and the rest of the recurring cast of Hyrule to players, and how they interact with the world. It may take some fans a bit of getting used to, but this is a decidedly triumphant new direction for a franchise that boldly charges into the unfamiliar and emerges all the better for it.

A new direction for the franchise that is as brilliantly successful as it is bold, Breath of the Wild raises the bar for a series that has already set a phenomenally high standard.