It is a nearly hopeless dystopia in a time where hope is at a premium in our lives. It's not the best choice, it's Spacer's Choice. 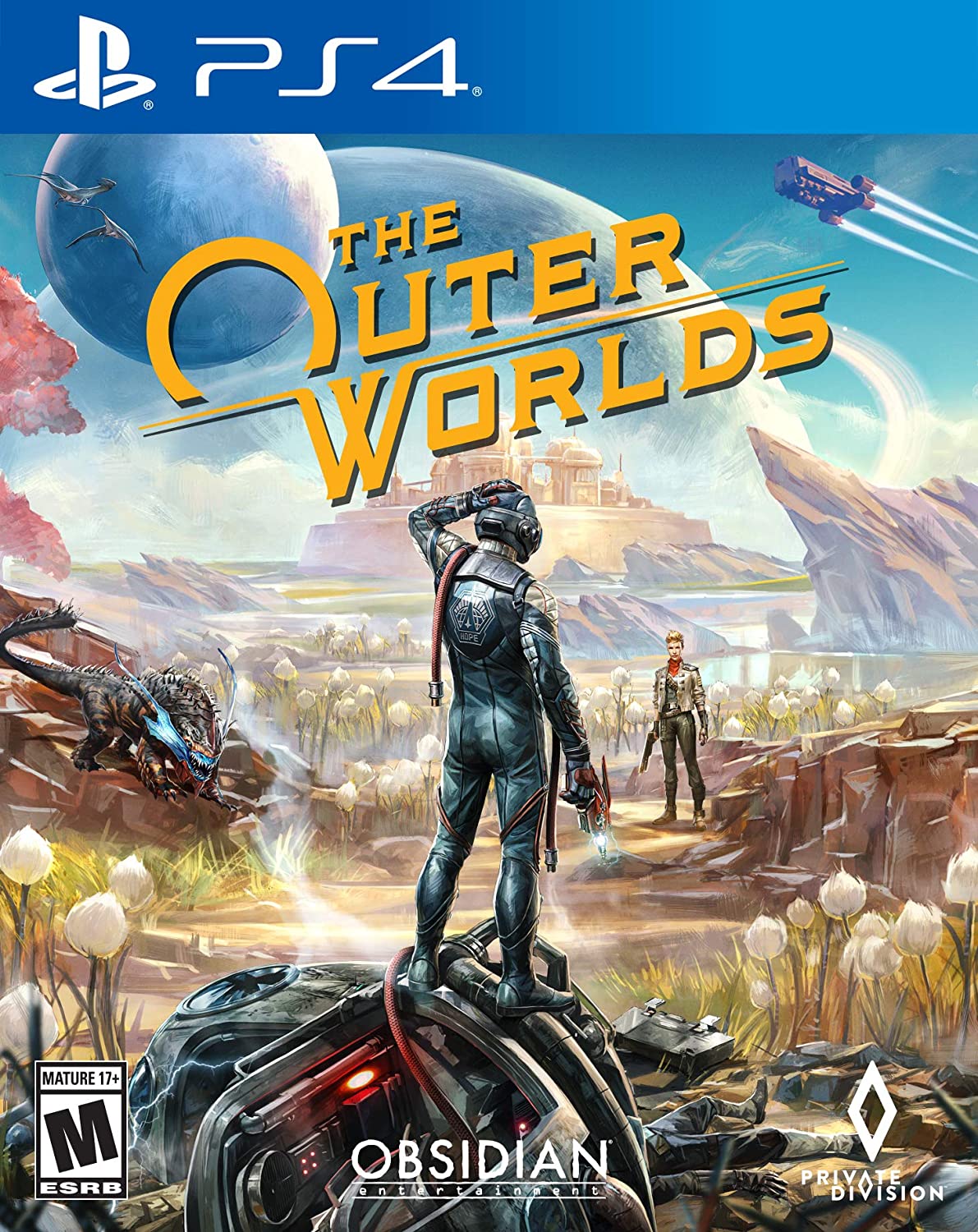 The Outer Worlds made a big splash when it released in October of last year; it even earned an Editor’s Choice award from RPGFan’s own Jonathan Logan in his review. So the chances are that if you’re reading this review, you aren’t wondering if The Outer Worlds is a good game. You know it’s a good game, and you probably know whether it’s for you or not. You just didn’t get it on another platform, so you’re wondering if it’s good on the Nintendo Switch.

From a gameplay and story perspective, The Outer Worlds on Switch is the same game we saw on other platforms last year, and that’s a good thing. Although it’s not a carbon copy of the modern Fallout games, it’s the next closest thing, and it guest stars the cast of Firefly, who can join you as companions on your journey around the ‘verse…er…the Halcyon system. Not literally, of course, but Parvati is as close as you’re likely to come to an outright clone of Kaylee, and Felix, Nyoka, and Vicar Max do their (insufficient) best to stand up to the legacy of Jayne, Zoe, and Shepherd Book.

There are just a handful of Outer Worlds you can visit, but they are jam-packed with quests, enemies, and loot. As you might expect based on developer Obsidian’s previous titles, you have the ability to throw your support behind either of the game’s opposing factions, producing extremely different results by the time you reach the end credits.

Neither path is without difficult choices, and there are times when choosing between them leaves you in an unpleasant gray area. You will definitely find yourself at some point deciding what you are willing to do in order to improve your standing with a fictional organization. And to me, this is where we run into a strange phenomenon of timing. As I write this, we are several months into social distancing and shelter in place orders related to COVID-19, which is complicating outrage and protests in the U.S. over yet another round of highly public, brutal killings of Black Americans by police, and in the backdrop of all this is the leadup to a presidential election where the sitting candidate recently said that the end result of Lincoln freeing the slaves during the Civil War was “questionable.”

It’s a bad time right now, one where I hope all White Americans (including myself) are taking a long, hard look inside as well as outside to see how we are complicit in keeping this system going, consciously or unconsciously, and what we can do to change it. It’s not a time where I think anyone has a lot of emotional real estate to put into ethical dilemmas in a game. (I’m doing a lot of reading and watching to better educate myself, and I’m trying to make sure that my friends and co-workers know that if I screw up, I want them to call me on it. It won’t be comfortable for any of us, and I feel bad putting that burden on them, but I trust them and will accept their feedback without excuses about good intentions.)

The two paths of The Outer Worlds are intended to support you through multiple playthroughs, but I just couldn’t stomach backing The Board, even if it turned out that the path I followed was as doomed as they said. Fortunately, I was able to find a path through the story that I could live with, and I somehow blew through 62 hours of The Outer Worlds in just seven days, so I clearly found the gameplay and story compelling. This is where having the game on Switch is a good thing, as I was able to play in handheld mode during spare moments and without dominating the household TV.

Unfortunately, other aspects of the hardware did have a negative impact on the experience. Notably, I felt like the small joysticks on the joycons made it difficult to aim carefully, so I had to rely on the game’s Time Dilation and soft lock features more in handheld mode than on the TV. Thankfully, I have yet to encounter the joycon drift that so many others have, but that would certainly cause significant challenges for anyone.

The other big hardware difference, of course, is The Outer Worlds’ graphics. I have absolutely no doubt that Obsidian did everything they could to provide the best possible visual experience on the Switch, but the hardware just isn’t up to the task. Textures are muddy until you get right up next to them, and sprinting can cause some crucial lag in rendering. In one quest, I sprinted up to the marker where someone was supposedly standing and had to wait a few seconds for them to actually appear. Larger enemies such as primals look like plastic models pasted on top of the background, and the game’s signature set pieces like the main plaza in Byzantium or the Groundbreaker become impressionist works where you can’t really make out many details. See the screenshots to the right of this review for an example from my personal experience. I took that picture of Byzantium after standing still long enough to save my game and wait for the save game notification to disappear, and it never got better. Credit where credit is due, though: I never ran into framerate issues in the wild, and if you just keep sprinting past an enemy who pops in at the last second, they won’t notice you quickly enough to kill you as you flee.

In March, a new Animal Crossing game was heralded as the perfect game for the time, and it has helped many people around the world deal with their quarantined situation. Three months later, The Outer Worlds feels like the anti-AC: it has come out at a time where its brand of difficult moral choices neither helps distract people from real world challenges nor aids them in thinking through the complex situations they find themselves in outside of the game. It is a nearly hopeless dystopia in a time where hope is at a premium in our lives. It’s not the best choice, it’s Spacer’s Choice. Still, if you haven’t checked out The Outer Worlds yet and have enjoyed Obsidian’s previous work, you’re very likely to find yourself as compelled as I was to play all the way to the end, despite the unfortunate timing and graphical limitations of the Switch version.

Switch is definitely not the best platform for it, but the gameplay is still good and the Obsidian writing team is still top-notch.