The Vale: Shadow of the Crown

The Vale: Shadow of the Crown is a fully fledged role-playing experience that relies solely on the auditory to get its message across. 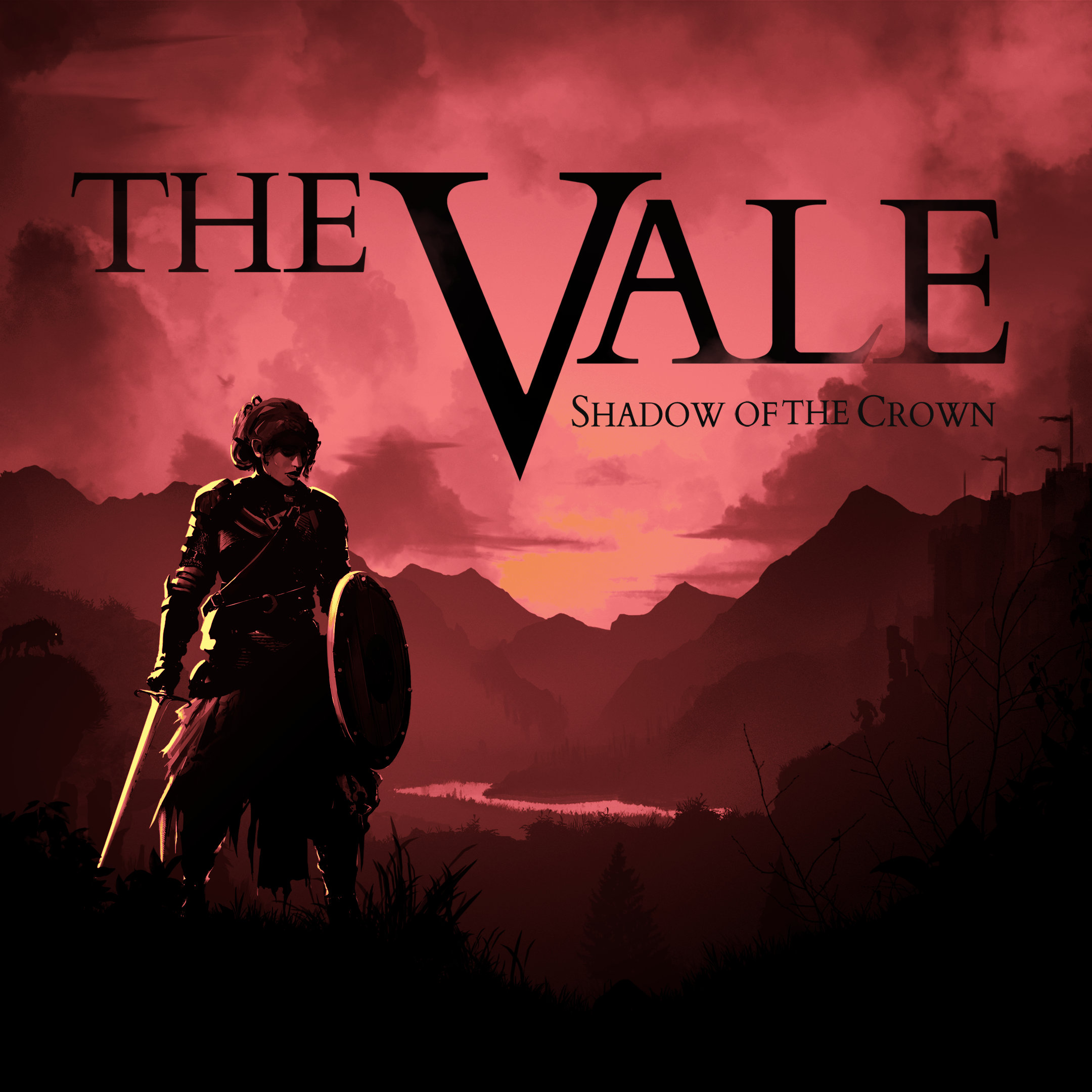 Video games are often considered a visual medium, with a large emphasis placed on graphical quality as newer tech and consoles constantly evolve this aspect of gaming. Unfortunately, this has meant that those with vision impairments have been left behind in gaming. The Vale: Shadow of the Crown is an RPG that aims to correct this, relying on auditory perception to create a fully realized, incredibly immersive experience for those who happen to be visually impaired and those who are not. It manages to succeed remarkably in this endeavor.

At the heart of any true RPG, you actively take on the role of a character with the plot unfolding around them. The Vale is no exception: you play as Alex, a princess from a land called the Glades who was born blind. Before his death, Alex’s father chose to essentially banish Alex to the borderlands of the kingdom so that she wouldn’t prove to be a hindrance to her brother Theo when he became the next ruling monarch. At the start of the game, Alex is traveling with her uncle and their retinue when a horde of “barbarians” attacks. As the only apparent survivor of the assault, Alex must brave the harsh wilds of The Vale while avoiding her pursuers in order to reunite with her brother. However, ancient and supernatural forces at work are determined to ensure she doesn’t succeed. Alex must hone her senses, rely on past combat training, and learn to wield strange magic if she is to have any hope of restoring peace to the realm.

The voice acting for the characters was nothing short of phenomenal and really helped breathe life into The Vale‘s cast. You got a strong sense of them as people as a result, which is impressive when you consider that the voice acting is selling the entirety of the narrative. Of special note were the voice actors for Alex and Shepherd, though I genuinely enjoyed each and every vocal performance. The writing and dialogue were beautifully descriptive to help create a strong sense of the land you were traversing and its many cultures, including solid world-building and character development that made for an engrossing fantasy yarn.

I adored the characters, and while the game is a shorter length than most at around 5-7 hours, you come to learn a great deal about them. Alex is a spectacular, determined heroine you can’t help but cheer for. Shepherd serves as a loyal guide who isn’t afraid to voice his opinions. The old bickering married couple they come across couldn’t help but bring a smile to my face, and I loved how the tutorial flashbacks fleshed out the driven Theo as well as the royal twins’ strict but loving uncle. There were even a few surprising twists and turns along the way in terms of plot progression, and I was deeply invested in Alex’s quest as a result.

The Vale: Shadow of the Crown is a fully-fledged role-playing experience that relies solely on auditory feedback to get its message across. Because you’re quite literally “seeing” things from Alex’s perspective, the game is shrouded in darkness. The only “graphics” to speak of are specks of colored lights that sometimes flit across the screen. Sound plays a crucial role in telling you where you’re at during any given time, as well as which characters you’re speaking with. The player walks through the darkness, guided only by the noises picked up along the way. During your playtime, you follow threads of conversation to uncover a shop in a village, or you listen for the sound of bees buzzing nearby in a forest. Maneuvering through locales is a slow and steady process, with Alex listening to everything going on around her and feeling her way around. She even bumps into obstacles on occasion that must be maneuvered around. There is a living, vibrant game world at play here: it is merely one experienced in a very different way than the norm for the medium.

Some might view this lack of visual perspective as “limiting,” yet it ultimately proves to be anything but. The Vale is a full-blown RPG much the same as any other. You travel from locale to locale, visit shops and inns, purchase equipment, hunt wild game, and fight enemies. There are even branching decision points to consider, as well as puzzles to solve in dungeons. You just have to rely on sound cues to know how to approach things. Fortunately, a helpful narrator will prompt you with the correct button and controller actions to take whenever a new action is uncovered. The narrator also describes menu actions and gives detailed equipment and stat reports when needed. It is just as plausible to be able to play the game with your eyes closed as it is to have them open even if you aren’t visually impaired yourself. Indeed, there were even specific points in the game where I found it immensely helpful to do just that to figure out a solution. For those looking to tailor their experiences even more, you can also adjust the game’s difficulty if you want more or less of a challenge.

Alex is no pampered princess either. She knows how to get across even tricky terrain by being patient and careful, and other characters will come to rely on her truly impressive combat and hunting skills as the story progresses. She can equip a bow and figure out an animal’s or human’s location by following their unique sounds. Listening to even the most minute sounds that stem during the heat of battle allows her to defend herself or go on the offensive in combat against groups of foes. Effectively defending or blocking eventually enables her to cast debilitating magic too. The sheer number of actions available when approaching battle is impressive and quite varied.

Outside of combat and hunting, Alex can move swiftly over ground or more slowly to remain stealthy and cautious when going through dangerous terrain. Players can peruse wares at stores, cycle through conversations and decision points, and accept quests at their leisure. When a quest is accepted, it must be completed before returning to the main storyline or choosing another. The game does away with traditional health bars and meters or leveling. Rather, Alex strengthens her stats by equipping higher tiered armor and weapons to her person, which in turn increases her durability while out on the field. Earning enough copper to ensure that you can get the best equipment available is vital to survival.

The game can be played quite deftly with either a controller (my preferred method) or keyboard. Though it isn’t absolutely necessary for playing the game, as I played for a while just using the speakers on my laptop, I’d recommend the headset setup for optimal gaming experience and immersion. Once I switched to a headset, I was amazed at how all-encompassing the sound experience and quality were, as well as how minutely clear every little audio detail became. It made a world of difference in terms of how I approached The Vale, as I could pick up on the directions that various sounds were coming from all the more clearly.

I was quite impressed with the sound direction of The Vale overall, which makes sense, as the game relies solely on its audio to tell the tale and move players along. Villages were bursting with life. For instance, you have to pick up on the faint notes of music and follow them until they became louder to reach an inn. The wilderness was teeming with all sorts of life too, and you had to pick out the individual sounds of nature to know where exactly you were going on any given journey. An ethereal tinkling sound indicated something mystical was nearby, while eerie voices calling out to Alex were a sign of something supernatural. Given this, the music was muted, though the few pieces there were throughout the game helped feed into the ambiance wonderfully.

That isn’t to say that the game doesn’t have some weaknesses. The biggest one is perhaps its very uniqueness. So many gamers are used to playing games from a visual perspective that playing a title that relies on auditory immersion takes some adjustment. Like Alex herself, I had to learn to be patient in figuring out how to approach a given segment, and there were plenty of times where I would have to start over. Fortunately, the game is very forgiving and lenient when it comes to how it approaches failure, guiding you to the right steps eventually (if you put the time in) through a creative “do over” experience that Alex has for story proposes. I should mention that I had some hearing issues as a child and wasn’t even allowed to wear headphones for a time, so sometimes picking up the cues required a bit more effort and ear straining on my end. Unfortunately, due to its very auditory nature and lack of closed captions, The Vale could be a difficult game for those with severe hearing losses to properly enjoy, which is a shame given how unique an experience it truly is.

However, these issues don’t diminish what the game does accomplish. This is a title that not only allows people sometimes unable to experience gaming a chance to do so, but it also provides an incredibly unique immersion experience and a different perspective to sighted gamers. A solid, engaging RPG lies at the heart of The Vale: Shadow of the Crown, one that proves to be a truly insightful experience for those who can play it.

Requires some level of patience, gamers with hearing impairments might not be able to enjoy the title.

The Vale: Shadow of the Crown is an incredibly immersive RPG experience for gamers with vision impairments and those without.