In all the right ways Hearts of Stone is more of the same, but a greater variety of enemies, challenging new bosses, a captivating story and plenty of laugh-out-loud moments make it exceptional in a way few expansions ever manage to achieve. 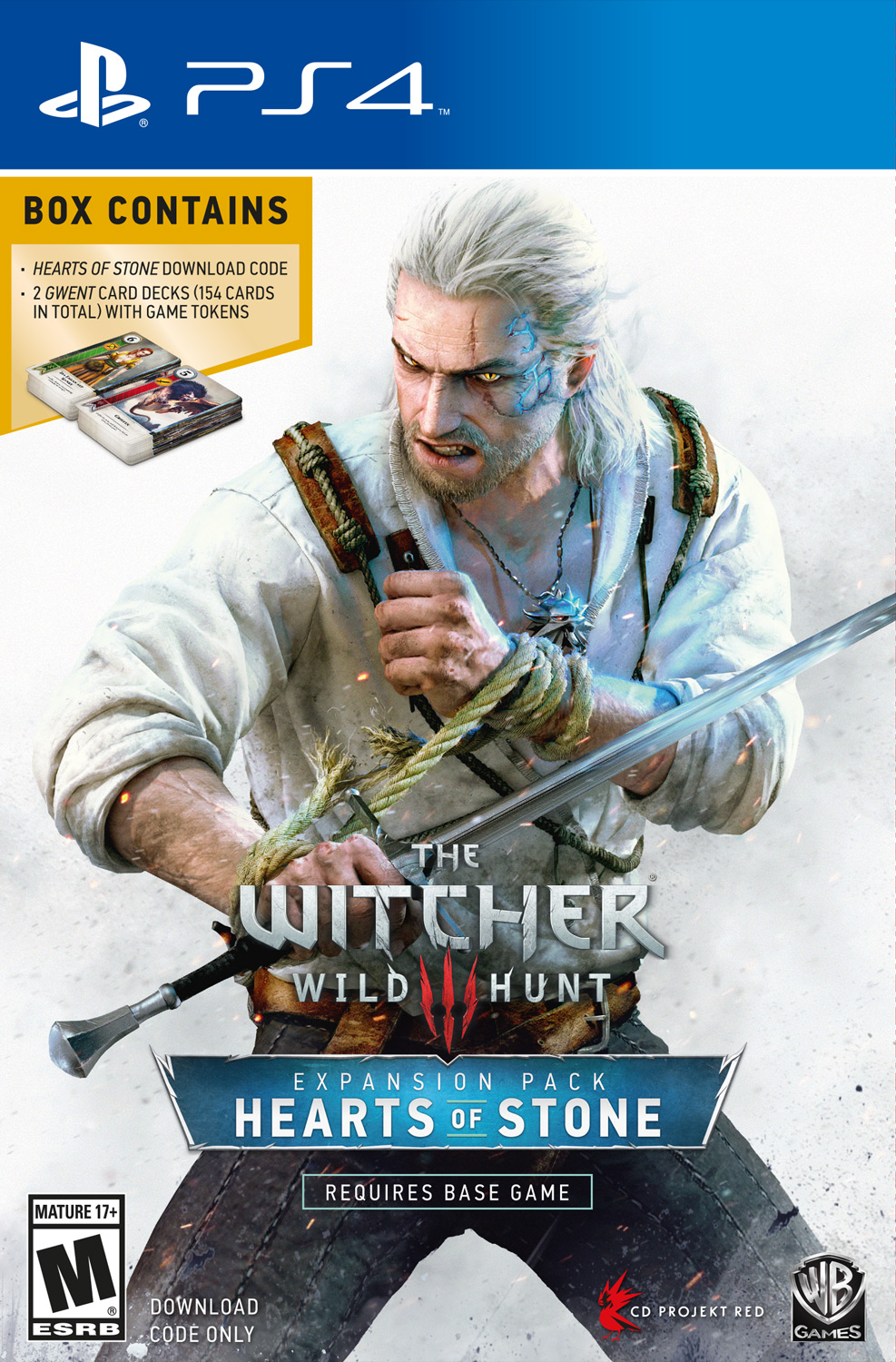 If there’s something The Witcher 3: Wild Hunt taught me, it’s that Geralt’s heart is nowhere near as stony as it first appears. Yes, he can be a bit cold or rough — decapitating a bandit here or frightening a child there — but he’s also a good-hearted soul with an occasionally goofy personality. Hearts of Stone is the first of two announced expansions for the base game, and it takes many opportunities to show a softer side of Geralt… or just socially embarrass him. The White Wolf’s diverse character is one of many reasons why Hearts of Stone is as good as Wild Hunt and, at times, even better.

Hearts of Stone begins as a simple witcher contract: kill a hideous monster lurking in the sewers below Oxenfurt. Turns out the quest isn’t so simple and, after a daring escape Nathan Drake would be proud of, Geralt finds himself in the service of a lunatic and the mysterious Man of Glass. Dancing at a wedding, pulling off a heist, and bidding at an auction are just a few of the tasks Geralt finds himself subjected to as Hearts of Stone progresses. It’s these unusual opportunities that allow Geralt’s typically uptight personality to shine, particularly when possessed by a ghost who uses his body to have “the night of his life” by wooing women, juggling, chasing pigs and more. The lighter points of what is still a mature and heavy narrative are a welcome relief and the characters and humour feel genuine and relatable, aided by stellar voice acting.

Like the story, it’s necessary to approach much of the combat in new ways too. A greater diversity of AI forces you to rethink your tested and true Wild Hunt strategies. New fast moving spider enemies, for example, continue to back away during a fight and make a face-forward melee approach difficult. An early magic-based boss is another unique challenge: stay too far away and he easily dodges your attack by teleport, get too close and he turns into a raging whirlwind. While there are a number of all new enemies to take down, you’ll also still have to fight dozens of drowners. Sorry about that.

While the majority of the game takes placing in the Novigrad region, the map has been expanded to include a handful of new locations. These are similar to other areas and villages in the game, and Hearts of Stone unfortunately does reuse some existing cities, such as Oxenfurt, rather heavily. New racially-diverse characters from the foreign land of Ofieri offer a tease at an exciting new place to explore, but Hearts of Stone sadly never takes you there.

New opportunities to enhance your equipment past the best of what Wild Hunt had on offer exist with a plethora of new diagrams. Drop enough cash on one particular merchant and he opens up a brand new customisation option: runewords and glyphwords. By using runes and glyphs as materials, you can apply special powers to weapons and armour. These include increased resistances, enhanced grindstone bonuses, modified adrenaline points, giving new powers to your sign magic and more. They’re a welcome addition and bring an extra layer of strategy to character customisation. Hopefully you hadn’t sold all your runes like I had.

Since the expansion’s first quest isn’t available until Geralt reaches level 30, Hearts of Stone provides a few flexible starting options. You can simply start a new game and work up to 30, continue your existing game, or start a Hearts of Stone only game where you begin with a pre-made level 32 Geralt. There’s a solid 10 – 15 hours of new content, including a dozen or so side-quests, filled with the same style of engaging and unique stories found in the base game. For completionists, there are some tricky new achievements, too.

If you enjoyed Wild Hunt, go buy Hearts of Stone right now. In all the right ways it’s more of the same, but a greater variety of enemies, challenging new bosses, a captivating story and plenty of laugh-out-loud moments make it exceptional in a way few expansions ever manage to achieve. Even better, there have been plenty of patches and updates since the base game was released, so if you haven’t ventured to the Northern Kingdoms in a while you’ll likely find some other new content enjoy too.

An impressive expansion that takes the best bits of Wild Hunt and adds great new ideas.