TMS is unflinchingly earnest, perhaps even a little cheesy, and built with a rock-solid RPG foundation. 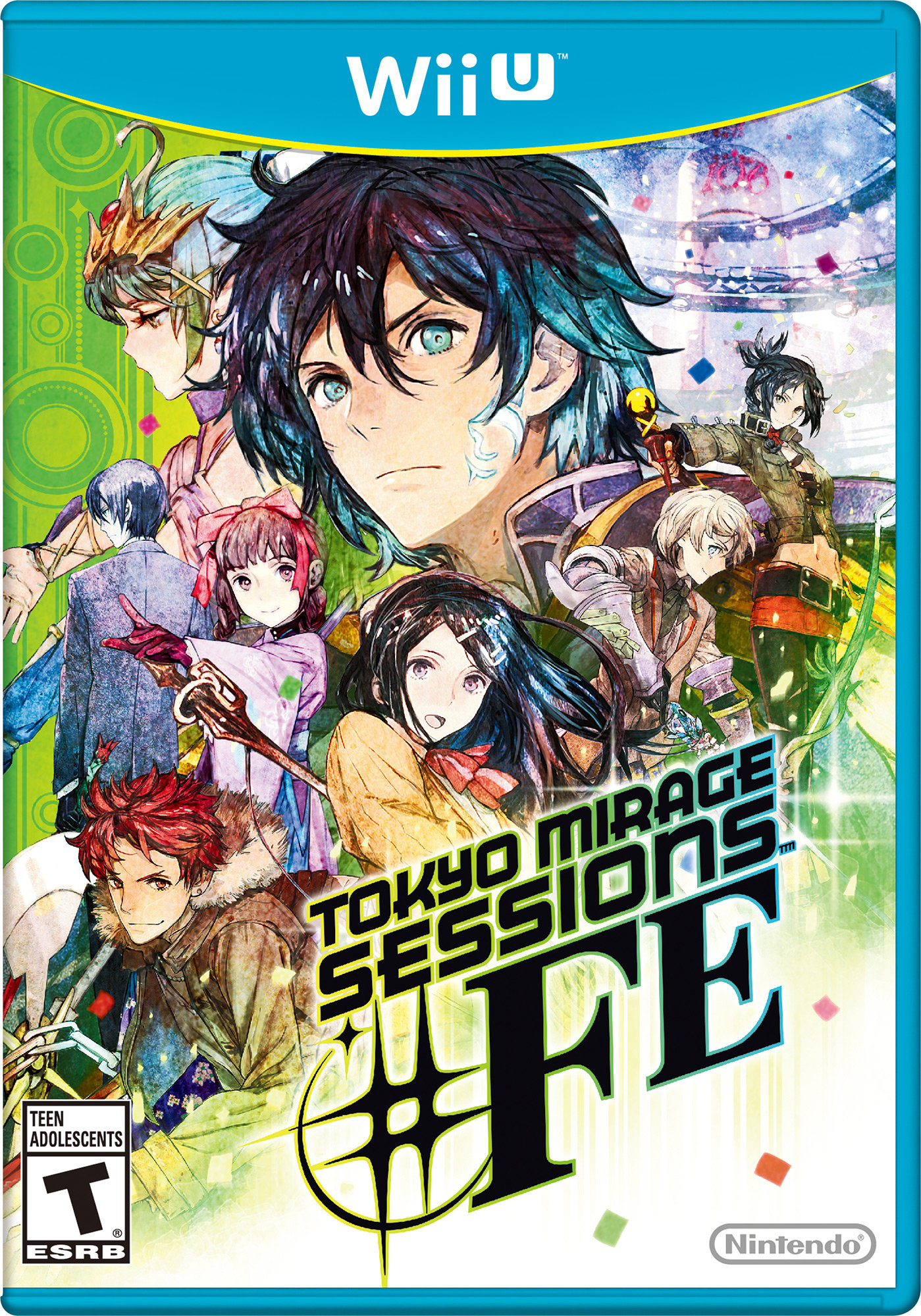 There’s something to be said about the appeal of spectacle. Whether the medium is film, music, or games, we have a tendency to be captivated by the bright and the bold. Tokyo Mirage Sessions #FE, the unexpected byproduct of a union between Shin Megami Tensei and Fire Emblem, draws upon the power of performance to craft a robust RPG that transcends its niche subject matter. Unabashedly exuberant in its celebration of the Japanese idol industry, Tokyo Mirage Sessions is corny and earnest in equal measure, elevated to star status by its striking visual presentation and uncompromising attention to detail.

I have made no secret of the fact that I have grown tired of the exploitation of otaku culture as a plot device in RPGs. I would be perfectly happy to never see another maid cafe or hear another character ramble on about limited edition figurines in a game ever again. These ham-fisted attempts to connect with an audience via referential humor have long since ceased to entertain me. And yet Tokyo Mirage Sessions, set right in the heart of metropolitan Japan, turns the exploitative idol industry into a cauldron of wonder, producing charismatic superheroes who fight against shadowy creatures that thrive on creative energy. It’s difficult to explain the game’s premise with a straight face, I realize, but I can say decisively that my skepticism was assuaged once I laid my hands upon it.

Truth be told, the story within TMS — one of emergent entertainers, magical powers, and the power of friendship — is nothing special. Its characters are mostly likeable and its writing even shows surprising self-awareness, however silly the proceedings become. Tsubasa charms as a bumbling yet sincere debut idol, while Touma amuses with his antics as an extra for a children’s Super Sentai show. They aren’t as deep as their mainline Persona counterparts, often relying on archetypical characterization to propel them forward, but each plays their role in the story competently enough. Most endearing of all is the way they message protagonist Itsuki using a LINE-esque app called Topics. These messages appear on the Wii U gamepad and are written in each character’s unique voice, complete with intentional typos, grammatical idiosyncrasies, and emotive stickers. Tsubasa’s messy outbursts and frequent use of the T^T emoticon made me chuckle more than I’d like to admit.

While it doesn’t tell a groundbreaking story, TMS impresses on two fronts most of all: presentation and combat. A clarity of vision and fastidious attention to minutia permeates every aspect of TMS. Building upon Atlus’ signature flair for menu design, TMS features one of the most gorgeous UIs I’ve seen, suffused with bright pastels and beautiful artwork. In the main menu, characters (labeled as “artists,” lest we forget the game’s theme of “performance”) lie in a blooming meadow, their expressions serene and joyous. Their profiles read like biographies, detailing their birthdays, likes and dislikes, and favorite foods. Each even has a unique signature that they draw in the air to invoke spells in combat — a detail that I swooned over when I first noticed.

Battles, which pit three characters against groups of evil entities known as “Mirages,” are an interesting synthesis of Persona and Fire Emblem. It’s turn-based and centered around exploiting enemy weaknesses, including the Fire Emblem “weapon triangle” in addition to Shin Megami Tensei-standard elemental affinities. Instead of granting extra turns, however, super-effective attacks initiate combos known as “Sessions.” In these Sessions, allies jump in and perform additional attacks according to their skill loadouts, and it’s even possible later on to string together spectacular combos with reserve characters under the right conditions. Between flashy animations and fascinating creature designs, it’s snappy, satisfying, and easy on the eyes. Oh, and Eleonora’s battle attire makes her look like Franziska von Karma from Ace Attorney, which is both hilarious and unsettling. Thankfully, there’s no whip in sight.

Because it represents a fantastical take on Japan’s music industry, it is only fitting that TMS features an exceedingly catchy musical score. Atlus partnered with Avex Trax to produce a number of J-pop melodies (one or more for each character) that punctuate the major milestones in their growth as entertainers throughout the story. These range from Kiria’s disaffectedly cool, Ayumi Hamasaki-style “Reincarnation” to Tiki’s obviously Vocaloid-inspired, saccharine-sweet electronic pop hit “Beastie Game.” The instrumental tracks used in cities and dungeons also impress, particularly the guitar-led battle theme, with its irresistibly toe-tappable synth lead-in. The game only features a Japanese voice track, which is perfectly acceptable — even preferable — given its setting, though a few characters can grate. American ex-rocker-turned-otaku Barry and 11-year-old cooking show host Mamori rank low on my personal totem pole. Still, I’ve heard far worse.

In the months leading up to the release of Tokyo Mirage Sessions #FE, I viewed the game with a healthy amount of skepticism. I was convinced that it would pander to an audience I no longer consider myself a part of, commodifying the niche nature of its subject matter for a quick buck. Instead, TMS is unflinchingly earnest, perhaps even a little cheesy, and built with a rock-solid RPG foundation. It fails to reach the narrative heights achieved by Persona, but exceeds expectations in every other conceivable area. Idol enthusiasts will ascend to J-pop nirvana, while the rest of us will find TMS to be a perfect appetizer to tide us over until Persona 5.

Story rests on its laurels, some shallow and/or grating characterization.

Idol enthusiasts will ascend to J-pop nirvana, while the rest of us will find TMS to be a perfect appetizer to tide us over until Persona 5