Though the plot may be nothing new, it is well written and filled with numerous plot twists and emotional moments that surely leave you anticipating what is to come. 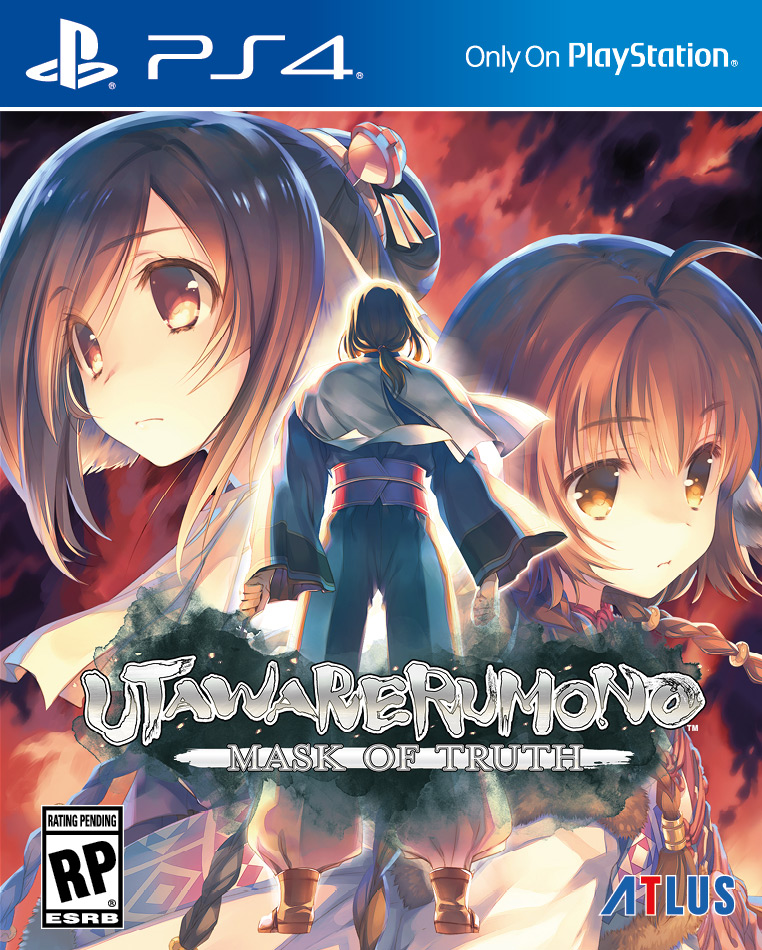 I didn’t think too much of this series at first. Upon glancing at Utawarerumono: Mask of Deception’s front cover, I surmised that it would be a moe-driven game rich in steamy fanservice. While my initial assumptions weren’t far off, I immediately found myself drawn into the world and interested in the colorful inhabitants. After devoting 36 hours to it, I was graciously rewarded with a heart-wrenching cliffhanger that left me needing to know what happens next. Thankfully, by the time I finished, Utawarerumono: Mask of Truth was already released and I wasted no time downloading it.

Aside from some minor spelling errors — I mean, I personally think that misspelling the word “Utawarerumono” in the game is unforgivable — the localization overall is of high caliber. The story is, by far, this game’s strongest element. Though the plot may be nothing new, it is well written and filled with numerous plot twists and emotional moments that surely leave you anticipating what is to come. My main complaint with the story is that it’s too linear. For a visual novel, there are no in-game choices that affect the outcome of the ending, only the order the narrative is presented in.

Mask of Truth immediately continues where Mask of Deception ends. A dark curtain falls over the kingdom of Yamato — the Mikado is dead and an impostor princess sits on the throne. War is imminent. Back in her homeland, Kuon must choose where her loyalty lies: with her people or with her beloved friends. Along with this, Haku assumes the part of Oshtor after the real Oshtor’s untimely demise in the previous game and leads the real Crown Princess’s army in reclaiming her kingdom. In order to achieve their goals, both weave webs of deception toward those they hold dear. Oh, the irony.

Even at the heart of war, Mask of Truth’s script is still chock-full of humor. The writers take full advantage of Haku’s newfound identity to create witty (albeit awkward) interactions with the other characters. While the slice-of-life elements in the game are entertaining, they do create a lack of urgency amidst the game’s wartime atmosphere. I often found myself wondering when either side would finally make a move. And yet, I’m not upset with this. Aquaplus utilizes these in-between moments to provide depth to the characters that were underdeveloped in Mask of Deception.

While I was fond of the cast in the prequel, I felt that many of their personalities were stereotypical anime tropes. However, the personal ordeals they each overcome in Mask of Truth eventually transform them into more multifaceted characters. Unlike most harem games where the main focus is on the protagonist and his love interests, this series fully develops the entire cast. This makes the entire war all the more personal and the emotional moments all the more heartbreaking.

Overall, Utawarerumono does a phenomenal job in crafting its world. Whereas Mask of Deception focused more on the world’s history, Mask of Truth focuses on the different regions that comprise the Yamato Empire. What I particularly loved about the series is its theme reversal in terms of its setting. Although it takes place in Earth’s distant future, its Ainu-inspired setting is very reminiscent of feudal times. The science fiction elements, in contrast, are actually part of the world’s past.

Mask of Truth keeps many of the gameplay mechanics from before. Similar to other TRPGs, characters move on a grid system and turn order is decided by each unit’s speed stat. Mission objectives are presented at the beginning of each map. These can range from killing all enemy units to killing specific ones. Action chains are triggered by two types of ring systems: normal and charge, or what I dub the “Shadow Hearts” and “Lost Odyssey” systems respectively. Normal rings require you to press the X button just as the outer circle shrinks into the inner one. One small issue with this is that the inner circle is hard to see against specific backdrops. The charge ring uses the hold-and-release method instead. You must hold the X button until the bar completes one revolution, then you release it immediately after. Precise timing in both systems is key in executing critical attacks. These functions allow the player to have more control over the battle segments. Unfortunately, the battles themselves require minimal effort to win, even on Hard mode — a glaring flaw in both games.

Beyond this basic consistency, Mask of Truth also adds some features to improve gameplay. The biggest improvement is the addition of more battles. This makes the story and gameplay more balanced than before. Another useful inclusion is the co-op chain. A co-op chain involves two characters performing their actions simultaneously against one target. This adds a more strategic element that was missing in Mask of Deception since both characters need to be positioned at specific spots for it to activate. Non-active party members are also now able to accumulate experience points after every battle.

This game also introduces two new battle modes to help the player familiarize themselves with the combat mechanics. The first is called “Red vs. White.” In this mode, you face off against your own party members. But here’s the catch: the teams are chosen at random. If your team wins, you are able to gain some additional BP points, which are spent on increasing each character’s stats and equipment slots. It’s a good way to become familiar with characters you don’t use as often and to observe how the AI uses them efficiently. The other one is called “Munechika’s Trials,” a series of trials set under specific battle conditions. Sadly, both modes become available only when you’ve already experienced several battles. A little late, don’t you think?

Maintaining the quality from Mask of Deception, the voice acting in Mask of Truth is top-notch. All of the voice actors reprise their original roles and they all do an exceptional job in portraying each of their respective characters’ transformations and convictions. My personal standouts are Keiji Fujiwara and Oki Sugiyama. I’ll admit that I am a little biased when it comes to Fujiwara since he was also Maes Hughes in Fullmetal Alchemist. But, he evokes such raw emotions during Haku’s internal monologues that I cannot imagine anyone but him portraying that character. Meanwhile, Sugiyama beautifully captures Maroro’s gradual descent into madness after Haku’s “passing.” Without spoiling too much, Sugiyama’s performance had me in tears.

The music in the series is simply sublime. Michio Kinugasa, a composer for the Utawarerumono port for the PS2 and PSP back in 2006 and 2009 respectively, does a phenomenal job composing BGM that enhances the overall atmosphere in the series. While some might argue that using recycled songs is too repetitive, it clearly illustrates the continuity throughout each of the games. The more playful songs such as “Songbird,” “Playful Notes,” and “Evening Calm” play during the game’s slice-of-life aspects while the surprising inserts of songs such as “Kimi ga tame” during the game’s final scenes bring out the strong emotions during those moments. Also, the inclusion of additional sound effects, such as a drink being poured into a glass, evokes the feeling that the player is an observer of this game’s events.

The visual components, on the other hand, are hit-or-miss. The visual novel images are breathtaking. I often closed out of the text window when a new background appeared just so I could see all the small details in it. Each detail in every backdrop is carefully thought out to support each region’s unique qualities. I am not too fond, however, of the more overt sexual images in Mask of Truth. While this is a harem game, these scenes felt out of place during times of war. The last thing I would expect a war general to be doing is playing strip-hanafuda when the opposing side is planning their attack. The combat visuals also feel misplaced in the game. The character models use a chibi style that contrasts with the in-game character portraits. In addition, the models’ faces are stoic and don’t do much in terms of enhancing the narrative. There are also some frame-rate drops and buggy animations during particular fighting sequences.

I remember that when I first started playing Utawarerumono: Mask of Deception, I wanted to figure out what the mask in the title signified. I found my answer in Utawarerumono: Mask of Truth’s oxymoronic title. We’ve all worn masks at some point in our lives. Whatever those reasons may be are our own. But we do it for two reasons: to conceal and deceive. The Akuruka, the titular mask of the series, symbolizes these metaphorical masks. Just as the Akuruka grants its wearer power and steals their soul, the masks we don give us a false sense of strength and, if left on long enough, we forget the person underneath. So how is it possible to have a “mask of truth?” It isn’t. The mask of truth is the absence of a mask — our true selves, this game’s underlying message. So, to those of you who wear masks: while I can’t ask you to fully dispose of them since that would be hypocritical of me, I sincerely hope that one day you are able to wear your own “mask of truth.”

Utawarerumono: Mask of Truth is a beautiful conclusion to a 14-year long narrative. While it still has its flaws, it is a journey worth seeing through to the end.