This game caused me to do a lot of soul searching about what kind of reviewer I am. 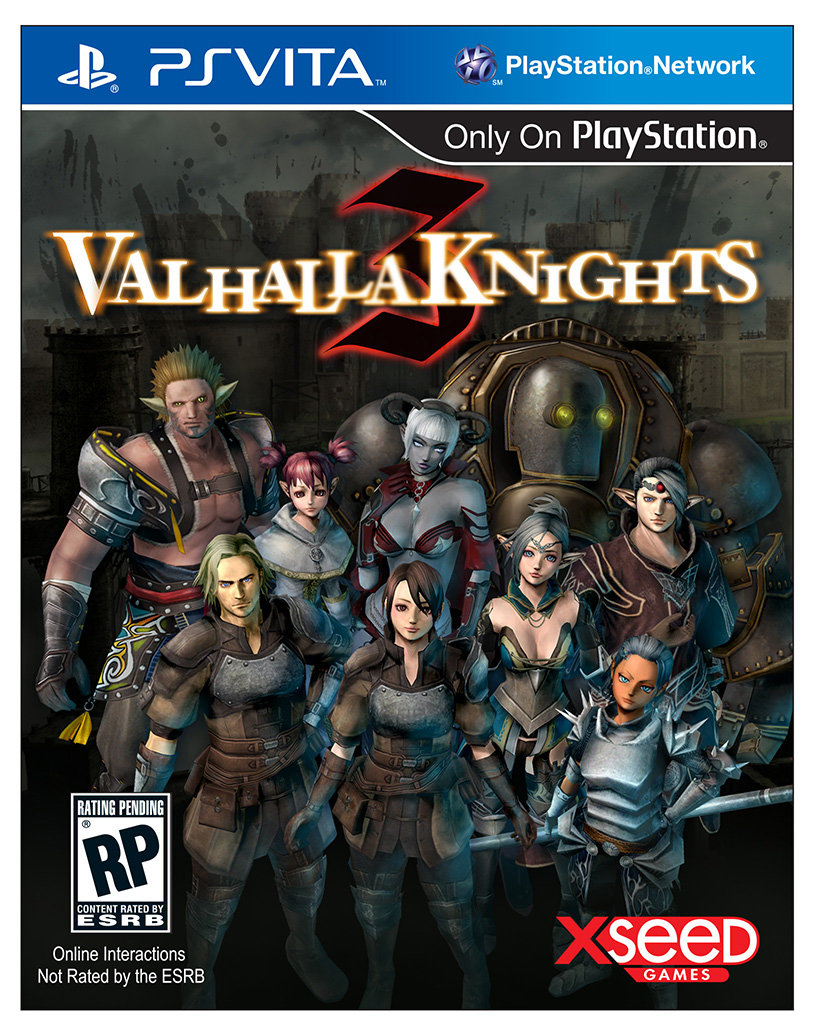 There are only two mandates I try to follow when writing reviews here at RPGFan.

The first is a rule of the website itself: games must be played to completion. The second is a rule I set for myself: don’t criticize a game for something it wasn’t designed to be.

Well, I’m going to break both of these rules with Valhalla Knights 3.

This game caused me to do a lot of soul searching about what kind of reviewer I am. Am I simply adding another review to a pile of existing reviews that describe things like the number of quests, hours of playtime, classes available, etc? Or can I do better than that and ask meaningful questions about what a game means within the larger picture of an industry full of “me too” game mechanics that are being sold to a very specific demographic of males? Do I want to review things in the context of social commentary? Do I really want to go down that rabbit hole?

Before I answer that question (spoiler: the answer is “I’m not sure, but I’m going to in this instance”), let’s talk about what Valhalla Knights 3 is, objectively. This is a Vita game that is essentially a single player MMO style action RPG. There are piles of quests to do, many of them repeatable, gobs and gobs of gear that costs more and more absurd amounts of currency, tons of skills that can be combined in different combinations — all of the stuff you expect to see in a game like this, boiled like old meat down to its base. Gray, too tough to chew elements. You could, if you were so inclined, get hundreds of hours of gameplay out of the stuff on offer here.

The color palette, also like old boiled meat, is a combination of grays and browns in low resolution that would not have been out of place on a previous generation system. Your character handles like he is moving through mud, the responsiveness always slower than you expect and just slightly off. It doesn’t really matter that much, though, because reflexes are not really that much of a requirement; do enough grinding, and you’ll end up able to roll through any enemies that gave you trouble when you first met them. The sound is perfectly adequate to the task of providing feedback, and no more. The music is at times a bright spot, with certain tracks reminding you that there are places in the world that need not be seen through lenses of gray and brown. The character models are often indistinguishable from each other, making plot-important characters and basic shop keeper NPCs alike bleed into one another in one’s memory.

The game takes place in a prison. I can think of no more apt metaphor for playing this game beyond a dozen hours. Within the first few minutes of the game, one of the NPCs you are being tossed into prison with and apparently know from previous history is dragged away forcibly to work in a brothel. Eventually, you find yourselves embroiled in some kind of family-based gang war and… you know what, it doesn’t really matter. If the plot quests were all this game had, the experience would be over in mere hours.

That girl that gets dragged away? Don’t worry about her, as you shortly find her happily adapting to life in the brothel while you are doing your first tour of the city.

Which transitions us into the parts of Valhalla Knights 3 that I am struggling so much to know how to cover. I could, I suppose, merely mention that any of the female shop keepers in the red light district can be persuaded to sleep with you if you buy enough stuff from them. I could also, I suppose, mention that achieving the requisite amount of gold spent allows you to engage in a thing called “Sexy Time” with them that involves alternating between poking as quickly as possible at her onscreen lady bits before easing off when exclamation marks appear, at which point the poking becomes based on timing. I suppose I could also simply mention, in passing, that while you can play as a female character in this game, she had best be a lesbian, because you can’t engage in similar “Sexy Time” with any dudes.

But by now it should be obvious I’m not going to mention just this. Let’s leave aside the fact that the MMO style quests and grinding are RPG mechanics at their absolute most cynical — on that basis alone, I would give this game a pretty lousy grade, because there are tons of other games that do this and do it better.

I simply can’t talk about this game without talking about “Sexy Time.” A lot of other reviews of this game have chosen to do that, under the cover of “it’s not required.” But when you include a feature like this, a feature that clearly had a lot of development hours spent on it, I feel it has to be discussed, and I am choosing to discuss it in a larger context. The graphics and camera work are at their most creative and lurid during these segments, zooming in and out on the pixelated lady as if Michael Bay was filming for Playboy. The girl squeals with some approximation of delight as you jab your finger at her as quickly as possible. Do it well enough, and maybe you will get a prize.

I don’t even necessarily object to “Sexy Time” as a concept. But if you’re going to do this, I’d like to think we’ve come farther along than making this feature so blatantly focused on satisfying the desires of a very specific demographic. I’d like to think game designers have at least considered the possibility that they are alienating a huge segment of people that play games. “The game isn’t made for them,” you say. That’s fine, but have you stopped to ask yourself why not?

I’m not saying that a game with the limited audience of Valhalla Knights 3 is necessarily symptomatic of something larger in the game industry — in many ways, it has been a great year for progress in recognizing that this medium has really marginalized some very specific demographics. And acknowledging that you have a problem is the first step to fixing it. I’m just saying that when you set your sights this low, your product suffers. Time spent on whatever Sexy Time is supposed to be should probably have been spent somewhere else: possibly taking sensitivity training classes (it’s okay that she’s being dragged away to work in a brothel, she actually likes it!), possibly working on brushing up some of the graphics, possibly making this work as something more than a grindfest more suited to a freemium cell phone game, possibly at least adding one male to interact with so that we at least acknowledge the possibility that other types of gamers besides horny heterosexual dudes exist.

If you’re going to make an action RPG, at least make it stand out in some way with its gameplay. Or at the bare minimum, make sure that gameplay is polished enough to be worth pounding away at for 100+ hours. Don’t add in the chance to poke at pixelated girls as an excuse for your lazy design.

Valhalla Knights 3 is a game that annoying talking heads on something like Fox and Friends would be likely to hold up to say “Look at how creepy gamers are.” Why give them the ammunition? And if you’re going to give them the ammunition, can’t you at least make a really awesome action RPG behind it so I can ask “Have you even PLAYED the game?” Except that in this instance, I wouldn’t want them to, because it would only make the naysayers’ case stronger.

What I’m saying specifically is this: when I ask the question “Cui bono?” of Valhalla Knights 3’s existence, I am forced to admit I can not come up with an answer that isn’t ugly or sad.

Your character may be in prison forced to do what the game requires, but you are not and can turn it off any time.

Only an absolute die hard of the genre or the series will enjoy this.