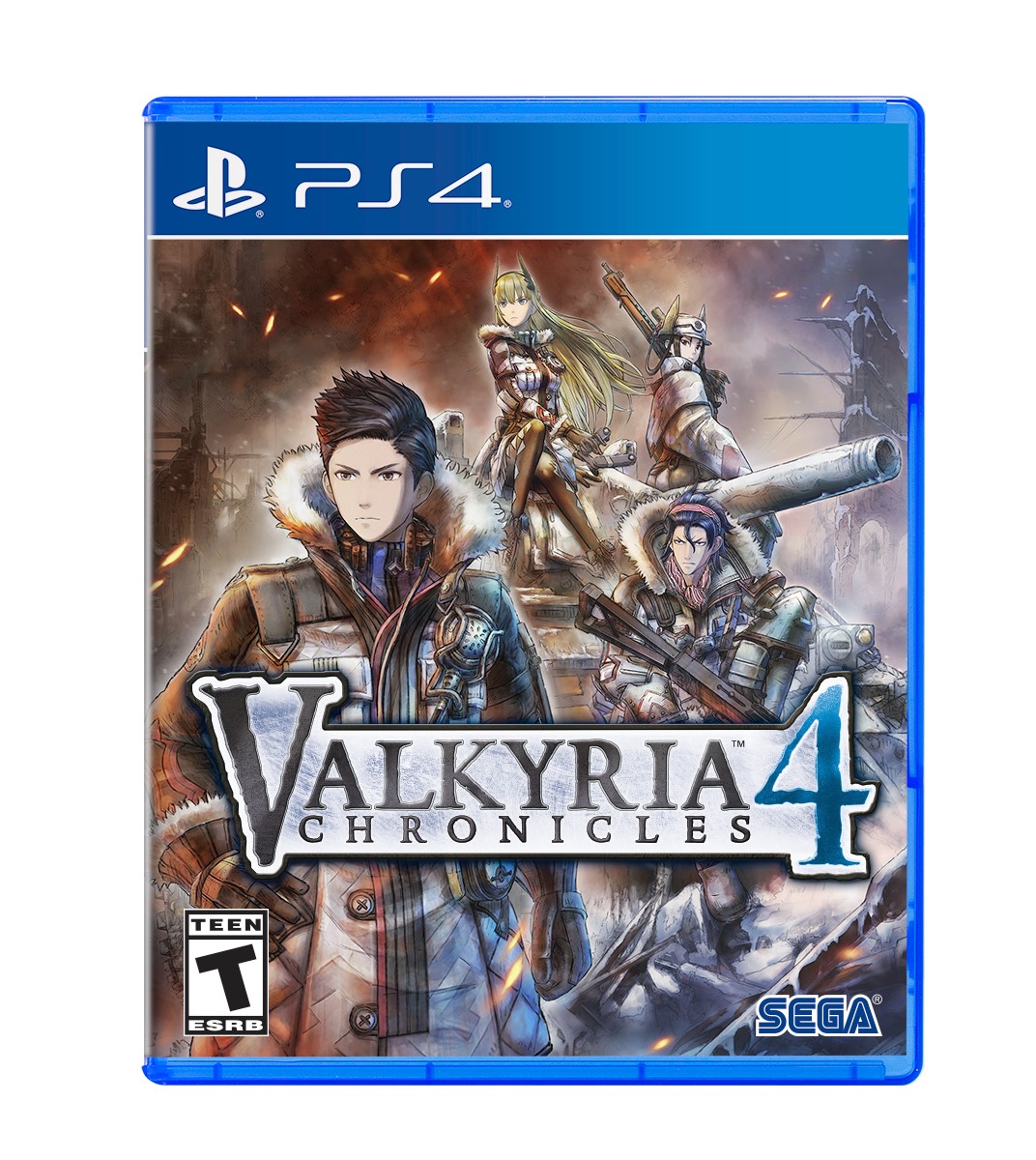 War never changes, unless the war in question is at the heart of the Valkyria series. First a critical darling in the early PlayStation 3 era, Valkyria Chronicles teetered on the precipice of obscurity not long ago, its imminent termination from the gaming consciousness all but certain. A pair of handheld sequels — one never localized in English — laid the groundwork for an underwhelming action-RPG offshoot, Valkyria Revolution, which tread so far astray of the series’ grounded-yet-fantastical depiction of war that it seemed a death knell for a once-proud franchise. But the spirit of Valkyria endured.

Ten years after its debut, the series returns with Valkyria Chronicles 4, featuring a new cast of characters in a familiar conflict. The events of this new entry run parallel with the narrative of Valkyria Chronicles, shedding new light on the Second Europan War from the perspective of soldiers battling on the eastern front. At the center is Squad E commander Claude Wallace and his childhood friends, all of whom enlisted in the military to protect their homeland from the encroaching threat of imperialism. In truth, the first half of Valkyria Chronicles 4 echoes Valkyria Chronicles to such a degree that one would be forgiven for failing to distinguish between the two; as before, it is a bittersweet tale of unlikely heroes and bonds forged in the flames of war, albeit with an infusion of modern anime-style humor that I struggle to find palatable. It is one of the most prominent examples of a “more of the same” approach to game design in recent memory, and the result is an experience that should overlap neatly in terms of appeal to its established target audience.

I can get behind a sequel that retains its predecessor’s strengths while iterating on its weaknesses, but truth be told, I think Valkyria Chronicles 4 pushes it. Creative repurposing is abundant here: It’s not just the same setting as before, but also the same clunky menus, the same stilted pacing, the same linear progression system, the same story beats driven by the same character archetypes… It’s all a bit “been there, done that.” When in motion, Valkyria Chronicles 4 looks fantastic, but a conspicuous reliance on propelling the narrative via conversation between mostly static character portraits seems to imply a reduced production budget. Even its Hitoshi Sakimoto-led soundtrack fades into the background — a curious feat indeed. To its credit, Valkyria Chronicles is a strong foundation to build a game upon, but I was hoping for a bit more novelty than a single new character class (the explosive grenadier) and a reconfigured scenario that hits plot points I’ve largely seen done before.

With that giant caveat out of the way, Valkyria Chronicles 4 is still an enjoyable strategy RPG with appealing watercolor visuals. It’s notably backloaded to a pretty severe degree — butt-touching and wacky, implausible duels over luxury food items in the game’s first half eventually give way to a surprisingly somber thematic shift that touches upon duty, sacrifice, and the frailty of life. One could argue that the game’s comparatively lighthearted introduction serves to reinforce the tragedies that punctuate its second act, but I found the tonal dissonance jarring and inexpertly executed. Even with a solid localization, there’s some manipulative writing that goads the player into feeling guilty when bad things happen to difficult or otherwise troublesome characters, whose motivations fail to justify the atrocities they commit. It didn’t sit well with me. But perhaps that’s the point, and one I’m willing to concede my own disinclination to contend with — redemption is a deeply personal pursuit, and human imperfections are only amplified in the pressure cooker of war.

There truly isn’t much to say about the gameplay of Valkyria Chronicles 4 because of how much it has inherited from its predecessors. For posterity’s sake, know that it retains a tactical, turn-based battle system that requires the player to effectively select and deploy a variety of soldier classes to defeat their enemies. Mission objectives range from routing opposing soldiers to capturing enemy bases or shooting down airborne projectiles before they damage an allied stronghold. In pursuit of victory, the player can employ scouts, shocktroopers, snipers, engineers, lancers, and a handful of vehicles in addition to the aforementioned grenadiers, a new class that launches powerful mortars at long range. Grenadiers are a fantastic addition to the game’s combat system that open up new tactical possibilities, and they feel well-balanced with respect to the game’s other classes. They pair well with Valkyria Chronicles 4’s diverse mission objectives to provide consistently challenging gameplay that rewards smart strategizing. There are also “ship orders” that protagonist Claude can use to call in air strikes or pinpoint the enemy’s location, but I rarely relied on these. Valkyria’s battle system is strong enough without them.

In words perhaps more acerbic than my intention: Valkyria Chronicles 4 possesses the minimum surfeit of identity necessary to distinguish itself from Valkyria Chronicles 1. Those who enjoyed the first game will undoubtedly enjoy this entry, as it provides more of the same smooth tactical gameplay within the same narrative framework. Its story grows increasingly compelling as it strikes out bravely into new territory, but until then, there’s no denying that much of Valkyria Chronicles 4 plays it safe. That’s only as much of a problem as the player deems it to be. Far be it from me to judge anyone for enjoying a second helping of their favorite meal.

An enjoyable but extraordinarily safe follow-up that carries the torch for this beloved strategy RPG series into the next generation.