Lighthearted banter mixed with do-goodery makes for a calm sort of immersion, but nothing to ever put me at the edge of my seat. 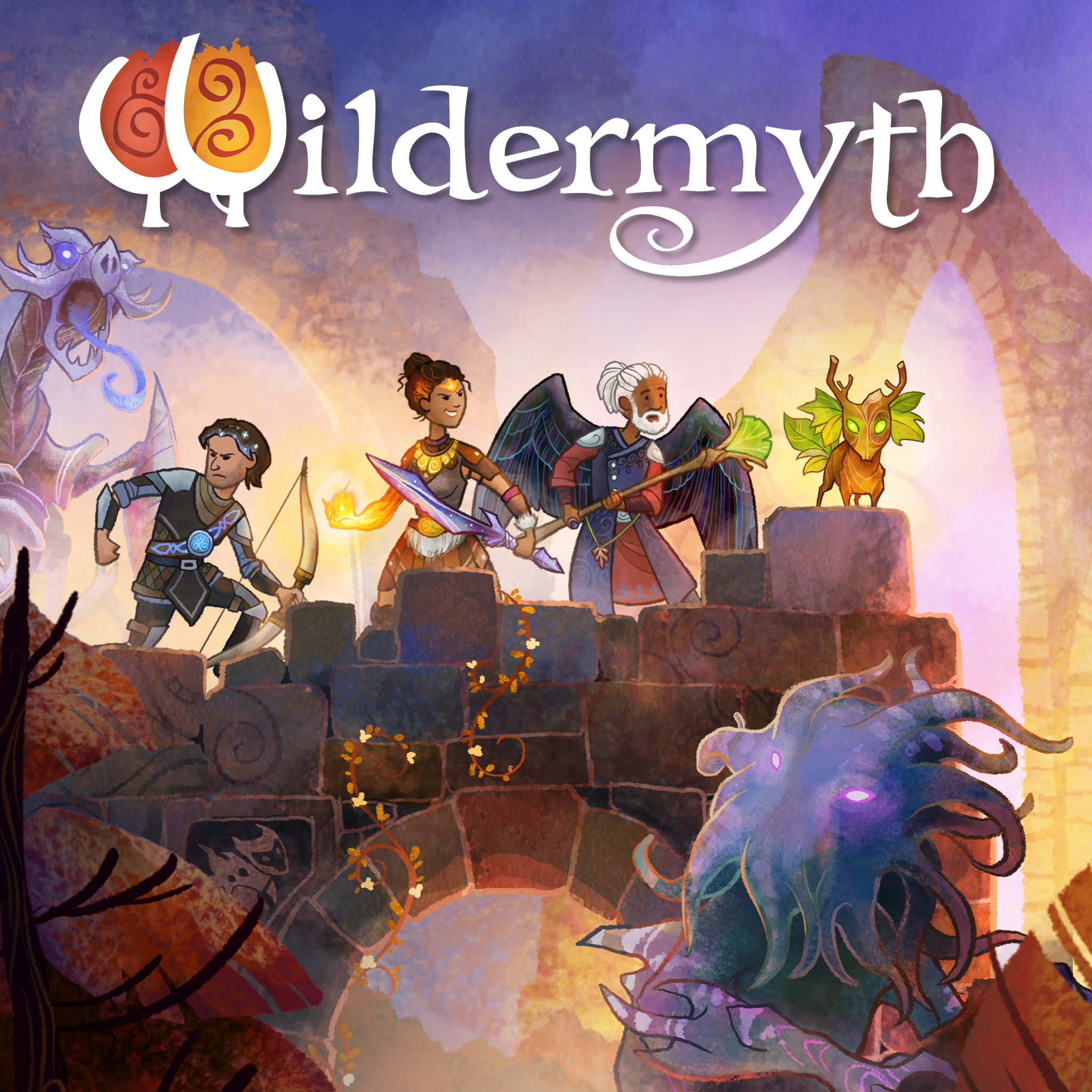 Wildermyth attempts what roguelikes haven’t even thought to do yet: use roguelike mechanics for storytelling. A simple idea, but one that requires a wealth of work and intricacy. Applying randomization and procedural generation to numbers — gameplay — is an easy task, comparatively speaking. I had my doubts, but the promise was too alluring to pass up.

Taking place over a series of campaigns, Wildermyth follows characters that are customizable in terms of visuals. Once the campaign begins, relationships develop between the chosen characters with a simple decision: are they rivals, friends, or lovers? Various hazards befall the denizens of these fantasy-driven villages, whether they be gorgons terrorizing the lands or mystical technologies long forgotten making an unexpected return to sunbathed earth.

The story pops up each time a place is discovered or an enemy is approached. Players are introduced to panels similar to that of a webcomic. Not only do the visuals emulate webcomics, but the style of dialogue feels akin to something like “The Order of the Stick.” Lighthearted banter mixed with do-goodery makes for a calm sort of immersion, but nothing to ever put me at the edge of my seat. Most encounters have little to do with the core campaign. They oftentimes begin with idle chatter between your characters or villagers, followed by some sort of discovery and then a decision to either transform a character or gain an advantage over the enemy in the coming battle.

This is the game’s general flow: overworld exploration with a pause/active feature that leads to a webcomic and then combat. Repeat ad nauseam. The formula is sufficient to maintain one’s attention; in fact, I would say everything about this game is “good enough.” I never felt disinterested nor took breaks too frequently, but I didn’t get lost in the game, either. Combat flows in typical strategy RPG fashion with tight balance and decent map design.

Each character serves in one of three roles: warrior, archer, or spellcaster. Warrior and archer are painfully vanilla, but the spellcaster class is a mix between geomancer and telekinetic object-thrower. By transfusing with various furniture, trees, etc., spellcasters can have different effects or spells usually spawning from the point of origin of the object manipulated. This repertoire creates a decent degree of strategy because many choices are generally available. Unfortunately, the same can’t be said for the other classes.

Characters level up with three or four ability choices on top of stat growth, and the abilities are presented in typical roguelike fashion. Sometimes abilities can be upgraded, but it’s easy to fall into a trap of going with the same thing over and over with each character because some abilities just won’t fit your playstyle. In this way, character customization is tiring and laborious with few surprises.

In case characters fall in combat, don’t expect to phoenix down or resurrect them. Players will be offered a choice to permanently maim the character or kill them off to do a super effect in combat, whether that be buffing a companion or assaulting the enemy. Die a second time, and that’s curtains. Companions will react to each other’s demise throughout the adventure, which is part of the allure of Wildermyth — players are expected to lose a companion or two and maim a few more than that. Unfortunately, even going through these interactions can feel cookie-cutter.

During my time with Wildermyth, I saw no fewer than six dialogues repeat, which drains any authenticity between campaigns. When a supposedly new set of characters goes through the exact same motions, I can’t say anything distinguishes them from one another, which is part of what Wildermyth is trying to do. That is, create generations of adventurers who leave a lasting impact on the world, but even that isn’t accomplished to any meaningful degree. Across the campaigns that I played, I didn’t feel as if my previous characters had any influence on my story or gameplay. Given that this is the primary communicated draw, I’m disappointed.

Musically, Wildermyth’s tunes fit the fantasy aesthetic but lack punch. Graphically, this feels like an interactive webcomic, though the pop-up book battlegrounds certainly boast charm. The controls are crisp and responsive, as any turn-based game should be.

Despite my grievances, this is a competent, tightly developed game. I would argue it’s played even a little too safe. Although a genuinely enjoyable experience, I am shocked at the lack of surprises or variety in storytelling and gameplay. This is a perfect example of a game that needs more time in the oven. I can’t imagine the developers will leave this project behind anytime soon, but I certainly hope updates are free and don’t come in the form of paid DLC — at least for a little while. Wildermyth feels unfinished, but the core is sound.

A good start to an ambitious mission.