...Torna - The Golden Country is every bit a Xenoblade game in its own right. 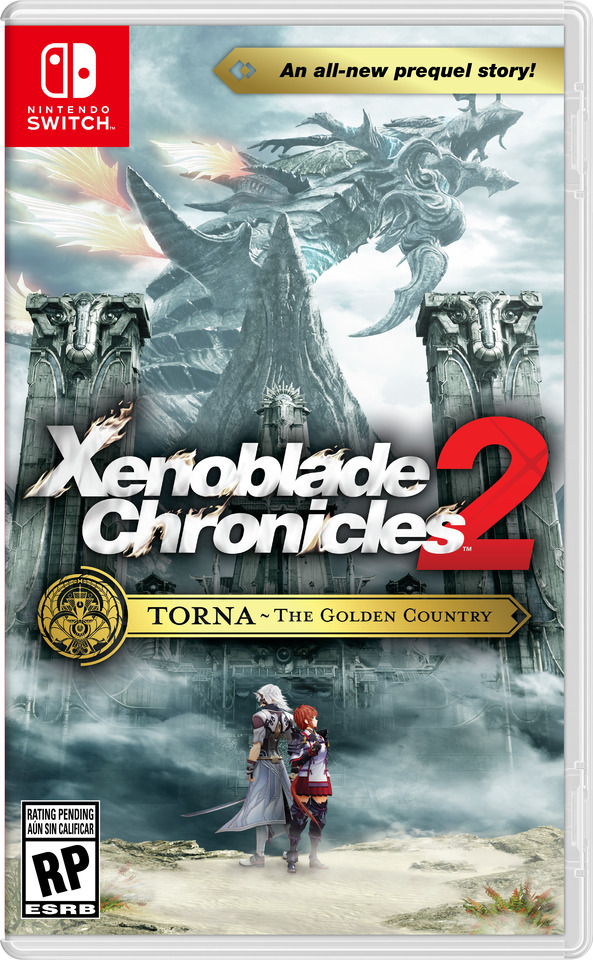 Xenoblade Chronicles 2 has seen a steady trickle of DLC since its release last December. New blades, side quests, and even a challenge mode featuring cameos from series favorites have all been added to the game. The single largest piece of DLC, however, is a story expansion that takes place 500 years before the events of the main game. Torna – The Golden Country is quite a meaty experience (my non-exhaustive playthrough clocked in at just under 36 hours), and depending on how you felt about the main game, it might even be the superior RPG.

Torna – The Golden Country details the events of the Aegis War, a pivotal conflict referenced via dialogue and flashbacks in the original game. You play as Lora, a young Driver, and her Blade, Jin. For those unfamiliar with the lore of Xenoblade Chronicles 2, Blades are basically living weapons that grant those who resonate with them — called Drivers — great power in battle. Lora and Jin soon run into a Tornan prince called Addam and his Blade, Mythra — one of two legendary Aegises. Addam is on the hunt for Mythra’s counterpart, Malos, who has been raining destruction on the land ever since his Driver lost control of him. Lora and Jin end up joining Addam’s cause, and their journey sends them up and down the Tornan titan and neighboring Gormott, which looks a bit different 500 years in the past.

The story and world are smaller in scale (hardly surprising for DLC), but the tone is more serious than the original game, and things even get a little dark at times. There are still some lighthearted moments, a few of which approach the style of humor seen in the original game, but story beats feel more balanced and there’s really none of the cringeworthy material seen during Rex’s tale. Characters are generally likeable, particularly Lora and Addam, and the game really benefits from having a static cast this time around, even though a few members don’t get as much development as they should. There’s no chugging through core crystals in the hopes of awakening a rare Blade; instead, each Driver has two Blades that accompany them throughout the entire journey. Not only does this focus gameplay and party management, it also avoids the awkward scenario from the original game of having characters in your party never show up in story cutscenes. Everyone is involved in the story this time, and by the end of the expansion, I found myself wishing I could explore more of the world with this crew.

Speaking of the world, Torna – The Golden Country gives you a brand new titan to explore, with multiple wide-open areas and settlements where you can collect side quests. There understandably isn’t as much variety in locales as in the main game, and as a result there isn’t quite as much of a wow factor. There are still plenty of surprises, and my jaw did drop a few times. The sense of scale we’ve come to expect from these games is still on full display in this expansion. Various little improvements have also been implemented to make traversing the world more enjoyable. For example, collection points now show you the type of collectible you can harvest from them, you can swap which characters you control without having to enter the main menu, and field skills — while still present — are far less annoying.

As you explore the world, you’ll run into people who need you to do things for them. Side quests work the same as in the main game, but they feed into a new mechanic called Community. Every named NPC you meet gets added to a special menu reminiscent of the affinity charts from the original Xenoblade Chronicles and Xenoblade Chronicles X. Completing quests for these characters adds them to your circle of supporters, and once you have enough supporters, your Community level increases and more people will have quests for you to undertake. It’s a neat little callback to previous entries in the series, though on a far more manageable scale.

You will inevitably run into monsters as you explore and complete quests, and it is in battle where the largest improvements have been made to the Xenoblade Chronicles 2 formula. The basics remain unchanged: you auto-attack to charge arts, use arts to charge specials, combo specials together to generate elemental orbs, and then burst said orbs for massive damage in a chain attack. Unlike the main game, however, you control both Driver and Blade as a team (with shared stats) through a clever positional system. One member of each team fights in the vanguard position: this member directly attacks enemies and is the character that you control. The other member fights in the rear guard position, providing support to the vanguard. After a brief charging time, you can switch the two, bringing the rear guard forward and allowing the vanguard to retreat.

This system comes with a few strategic considerations. First, when a character in the vanguard position takes damage, a portion of it is recoverable, indicated by a red chunk of the team’s HP bar. Switching the vanguard out for the rear guard allows you to regain that HP, which helps out with healing and incentivizes you to make use of everyone on your team. Second, every character has a unique switch art that they use when swapping into the vanguard position. Each of these arts has a piece of the Driver combo (break, topple, launch, and smash), so you can use strategic switching alongside regular arts to incapacitate foes and deal extra damage. Finally, when a character switches into the vanguard position, all of their arts are immediately recharged, so liberally swapping between characters allows you to quickly build up specials.

I personally love this new system. Not only do battles feel faster and more exciting since you’re constantly switching positions, but various quality of life changes make the existing systems far more enjoyable. Blade combos, where you chain together three specials, are easier to pull off because you no longer need to use specific elemental sequences, and elemental orbs are now generated when any special is performed as part of a Blade combo instead of only upon completing the chain. This means you can quickly build up a bunch of orbs to burst in chain attacks, which goes a long way to making combat feel less like a battle of attrition.

Despite the refinements to exploration and the battle system, the gameplay in Torna – The Golden Country does have a few issues worth mentioning. Some are annoyances carried over from the main game, such as collection points and treasure chests not responding to button presses, or receiving notifications of Blade affinity rewards that don’t actually apply unless you go into the menu. The biggest problem with Torna, however, is that on a few occasions the game forces you to boost your Community level (by completing side quests) in order to progress the main story. At one point, you’re asked to raise it to level 2, and then a few short main story beats later, you have to raise it to level 4. This may not pose much of a problem for those who dutifully complete every side quest available to them before moving on with the main story, but if you focus solely on the main story or even if you try to balance it against side content, you will find yourself roadblocked. It’s entirely unsubtle padding, and the game doesn’t really need it.

On the audiovisual side of things, not much has changed, and that’s (mostly) a good thing. The quality of the graphics is nearly identical to the main game in both docked and handheld modes. Voice acting is generally solid throughout, though there are a few weak performances from minor characters. Lip syncing with the English voice track is sadly just as awkward as it was in the main game, but you can choose to use the Japanese voice track at any time. Music is yet again a standout part of the experience, and while a lot of it is reused, there’s a lovely jazzy quality to the new pieces. Several tracks from the main game have also been brilliantly arranged (let’s just say I now love Gormott), and there’s a beautiful new ending vocal theme performed by Jen Bird. I am eagerly awaiting an album release of this soundtrack to add to my Xenoblade collection.

Several times during my playthrough of Torna, I found myself thinking that, in some ways, it might actually be a better experience than Xenoblade Chronicles 2, which is perhaps a shocking thing for me to say because I very much enjoyed the original game. The more mature tone, focused cast, and refined gameplay are definite pluses, and even though the scope of both the world and the time you spend in it is far smaller, this can play to the game’s strengths. Those who liked the original game will almost certainly like Torna. Those who were annoyed by the original game’s more lighthearted story, its protagonist, or the Blade gacha system may very well find something to love here. And if you haven’t played Xenoblade Chronicles 2, don’t worry. Torna is friendly to newcomers, and for the most part, you can play it before or after the main game. Indeed, you don’t even need to own Xenoblade Chronicles 2 to play Torna; it is available as a standalone title. Which just goes to show that even though it is an expansion, Torna – The Golden Country is every bit a Xenoblade game in its own right.

Torna is that rare piece of DLC that has the potential to surpass the original.