... Memories of Celceta is a great example of a handheld-to-PC port done exceptionally well. 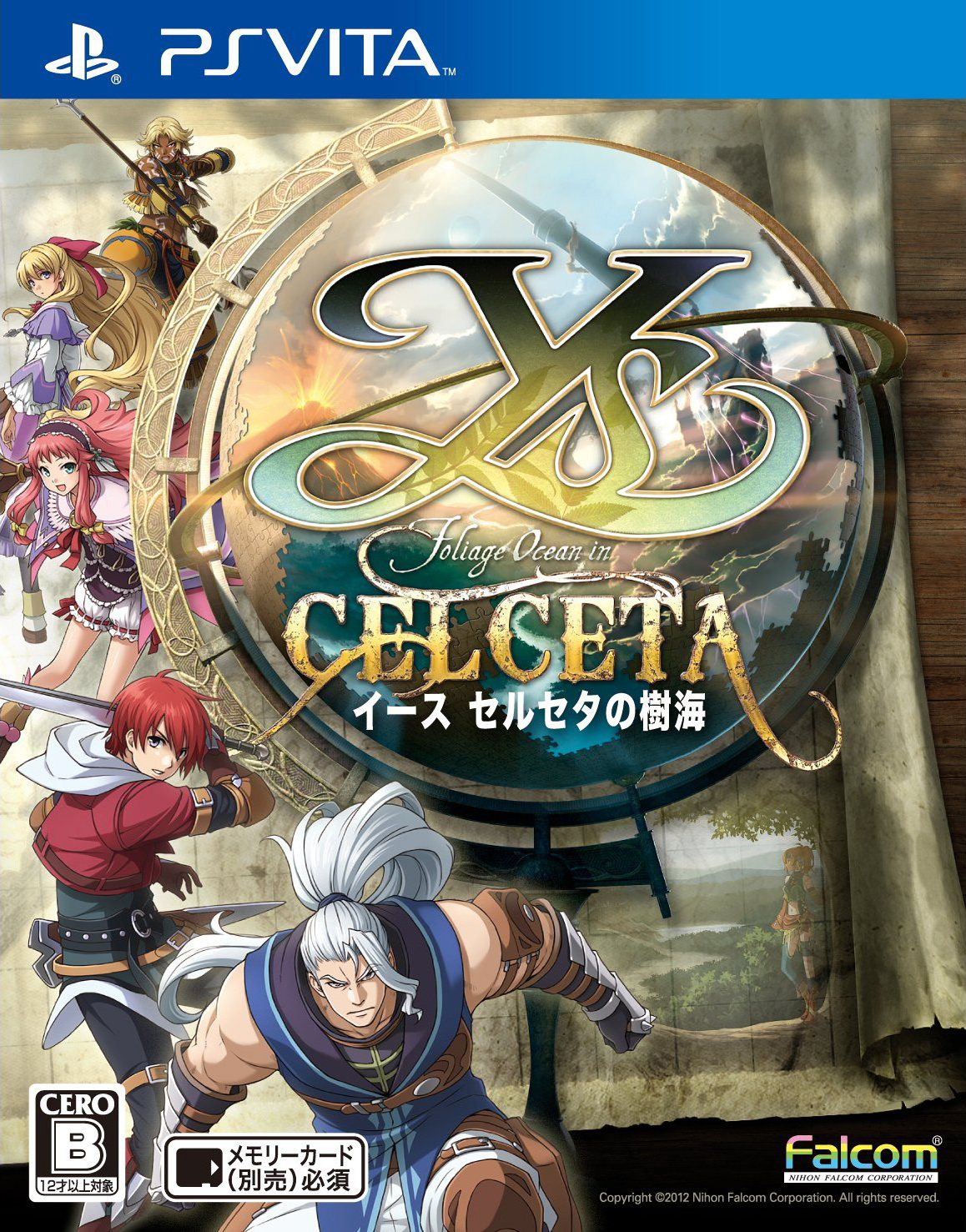 Nihon Falcom’s Ys series has an interesting, if slightly confusing history*, and until relatively recently a Western release of an Ys game was a somewhat rare event. Since the mid-2000s, however, Nihon Falcom has teamed with XSEED and NIS America to bring most of the mainline Ys entries (minus Ys V) westward across various platforms. The biggest benefactor of this flurry of localizations and ports has undoubtedly been the PC, and the release of Ys: Memories of Celceta marks the seventh Ys game released for the platform since 2012 and completes its collection of English Ys releases to date.

Originally released for the PlayStation Vita in 2013, Memories of Celceta is the re-imagining of two previous Ys IV games that Nihon Falcom no longer considers canon to the series. The PC port takes the completely revamped plot, gameplay, and extras of the Vita version and upgrades the visuals and frame rate while offering some quality of life improvements like autosave and fast-forward features. As far as Ys games go, it certainly hits all of the high notes we’ve come to expect from the franchise.

Fresh off of his inaugural adventure in the land of Esteria, Adol Christin finds himself stumbling through the Celcetan frontier town of Casnan. Unfortunately for our red-headed adventurer, he seems to have come down with a curious case of amnesia. Though he can’t remember much of his past, let alone his most recent exploits, an information dealer named Duren claims to know him and is shocked that Adol managed to escape the uncharted Great Forest of Celceta alive. After some heroic deeds at the local mine, Adol and Duren are contracted by the Governor General to chart the unclaimed forest. It’s a perilous task, but a second foray into the mysterious foliage ocean may be just what Adol needs to recover his lost memories.

As threadbare as the “amnesiac hero” plot device is, Ys manages to keep it interesting by playing up the rediscovery angle as Adol and friends frequently face the consequences of his previous actions. It’s a fun, clichéd story with a cast of mostly likable yet unoriginal characters that works in service of both the gameplay and overarching series lore. The biggest blemish on an otherwise serviceable story is an ending that’s about as abrupt and anticlimactic as I’ve seen in a video game. Even so, it’s a solid narrative with generally brisk pacing that doesn’t overstay its welcome.

One of the hallmarks of the Ys series is undoubtedly its action-packed gameplay, and Memories of Celceta certainly delivers in both combat and exploration. The cartography aspect of mapping the Great Forest is almost as addictive as discovering its hidden secrets, and getting the map to 100% completion is a fun, if sometimes frustrating endeavor as you explore one of the Ys series’ largest overworlds. The party-based battle system that debuted in Ys SEVEN returns and allows players to switch between three party members on the fly as they rapidly attack and guard/dodge enemy attacks. Each party member is assigned an attack type (slash, strike, pierce), which can exploit certain enemy weaknesses, and learns an array of skills to take down Celceta’s biggest baddies. It’s a fast-paced, frantic battle system that remains engaging throughout, though the game’s boss battles aren’t quite as challenging as I’d have liked.

Visually, there’s no mistaking the fact that this is an upscaled PS Vita game. The limitations of the Vita are obvious in the lack of detail in the character models and animations, but the graphical enhancements and smoothed out textures (some blurry ground textures notwithstanding) look very good. The video configuration options afforded to the player are robust and, though I have only a modestly powerful PC, the game runs buttery smooth at 60 frames per second. There were a scattering of graphical glitches and frame rate drops that I experienced, though I’m not convinced that my PC wasn’t at fault on many of those occasions. The rare drops in frame rate seemed to occur when there were large swaths of terrain in the background that the game had a bit of trouble rendering at large draw distances. Additionally, the user interface is screaming for an overhaul, as the large button and text sizes are clearly designed for the Vita’s small screen. I do have an additional recommendation for those who, like me, generally click “high/maximum” on the settings page and are done with it. If your television/monitor does not support HDR, be sure to uncheck the box lest you enable a rather distracting “glow” about all of the characters.

Another key staple that’s come to define the Ys series is its predictably great music. Memories of Celceta does not disappoint here, and its soundtrack is littered with roaring guitar riffs and bumping synth beats that compliment the blazing combat perfectly. The up-tempo tracks are also wonderfully offset by slow-paced pieces featuring melancholy pianos and strings. The voice acting sprinkled throughout is best described as serviceable, though there are a few instances where some of the character voices become a tad grating.

With a game so dependent on quick twitch reactions, control is of the utmost importance. I played Memories of Celceta exclusively with an Xbox 360 controller and found response and sensitivity to be on point. My only real complaint is the lack of ability to assign multiple button combinations to actions rather than just single button presses. This simple feature would likely have prevented my accidental triggering of the EXTRA techniques so, so many times. Beyond that, the lack of manual camera control was annoying at first, but the camera itself remained in good position outside of a few frustrating instances.

Excluding a few technical hiccups and the lack of a revamped user interface, Memories of Celceta is a great example of a handheld-to-PC port done exceptionally well. While the Vita version was a very good game in its own right, a remaster of such high quality exposes the game and the series as a whole to a much larger audience and user base. This is an excellent place to start if you’re new to the Ys series, and now that every English entry is available on PC there’s never been a better time to jump into the fray. Now all we need is that remake of Ys V. Looking at you, Falcom…

* Check out Robert Fenner’s wonderful Ys primer for a complete rundown on the series.

The PC version of Ys: Memories of Celceta polishes the blazing fast combat, rocking music, and fun-to-explore environments of the original to a shine and is a must play for fans of the series.