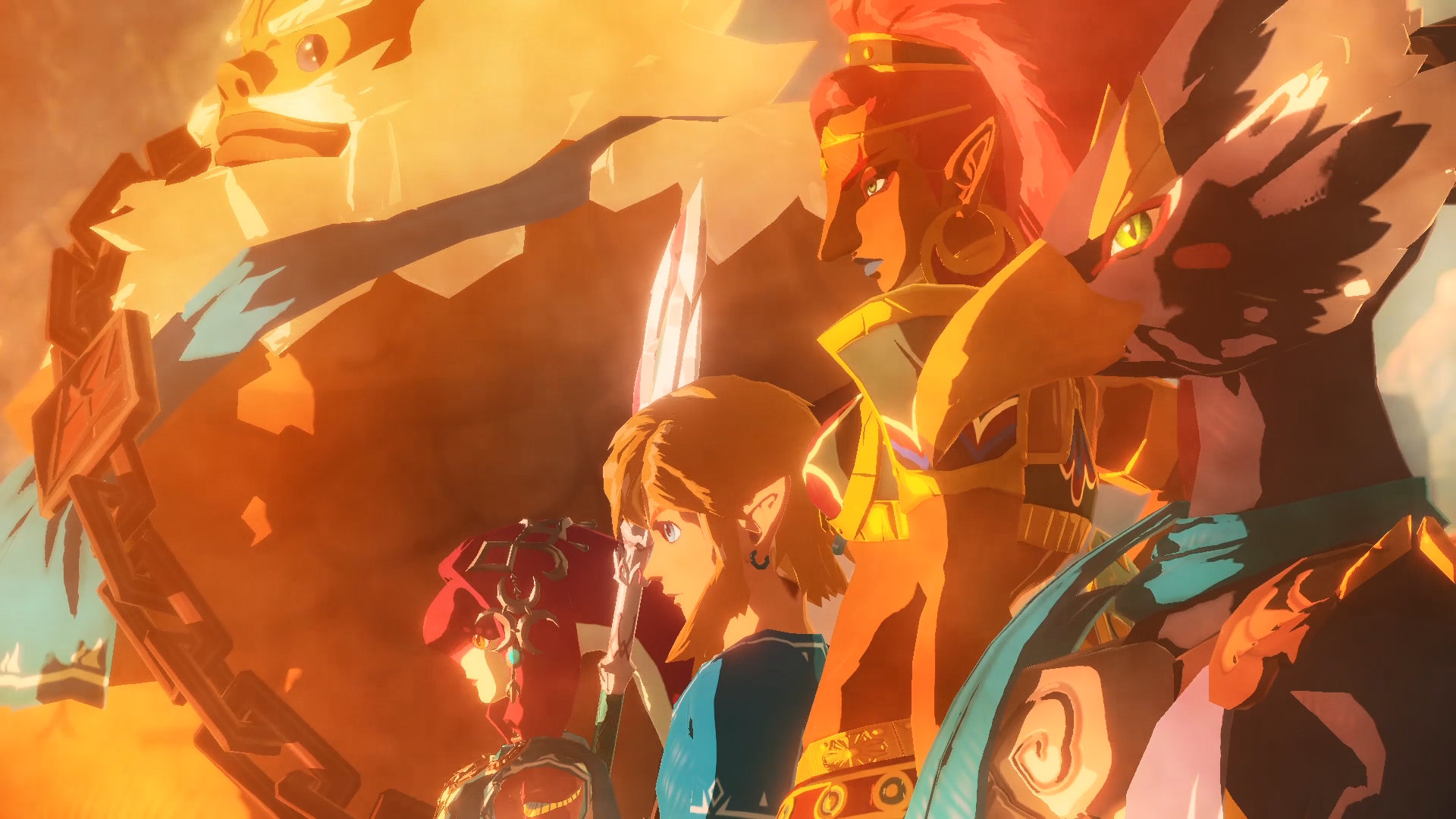 During a nearly hour-long Tokyo Game Show 2020 livestream, Koei Tecmo showcased a horde of new Hyrule Warriors: Age of Calamity information including an in-depth look at gameplay, playable characters, and more. Featuring commentary from the game’s director, Ryuta Matsushita, and producers Yōsuke Hayashi and Masaki Furusawa, the livestream sets the stage for the ruinous battle 100 years before the events of The Legend of Zelda: Breath of the Wild.

In addition to offering fans a first look at gameplay from this hotly anticipated title, this livestream also marks the debut of a much younger Impa taking to the battlefield as a playable character, utilizing her ninja-like Sheikah skills to achieve explosive results. You can check out all of the new footage for yourself in the video below!

The latest story trailer for Hyrule Warriors: Age of Calamity was also uploaded with full English voiceover, featuring the beloved Champions, Mipha, Daruk, Urbosa, and Revali. You can see the trailer for yourself below.

Finally, as confirmed by the latest story trailer, Nintendo has confirmed two special in-game items that will be awarded to players who meet certain conditions. Digital pre-orders of the game will be net players a unique Lucky Ladle weapon, perfect for serving up utter destruction to hordes of foes, while any Age of Calamity players with Breath of the Wild save data on their system will receive the wooden Training Sword – a weapon sure to splinter their forces, whittling away at Calamity Ganon’s troops.

Hyrule Warriors: Age of Calamity will launch exclusively on Nintendo Switch on November 20th. For more on this riveting, action-packed prequel, be sure to check out our previous coverage and stay tuned to RPGFan for future updates!