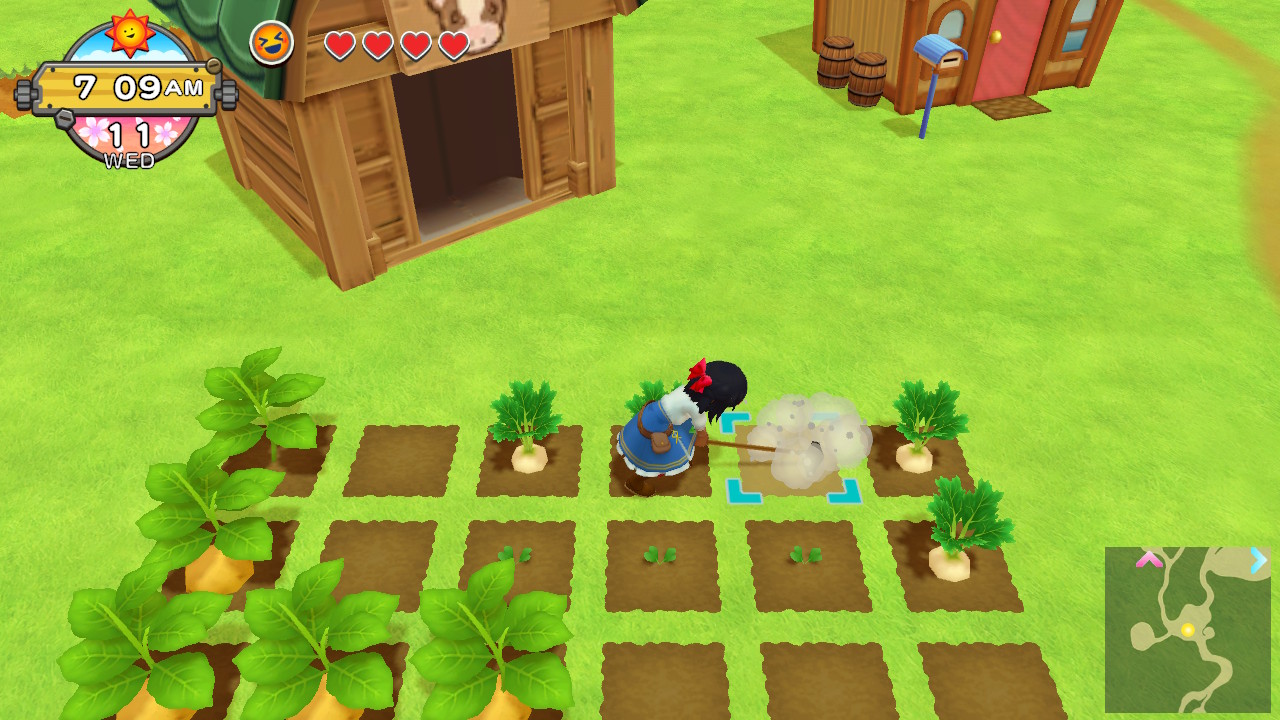 The world of farming is growing even bigger! Natsume announced that their latest entry in their long-running farm simulator, Harvest Moon: One World, will be getting a substantial amount of DLC and a Season Pass for players who want to buy it all at once. The Season Pass consists of 4 DLC packs, each including options to customize your farm, explore new areas, and new pets to steal your heart!

Each DLC pack has its own price. However, purchasing the Season Pass costs $14.99 USD and adds the DLC as updates as they release.

Natsume describes the prices, release dates, and details of the DLC packs of Harvest Moon: One World:

Interior Design & Tool Upgrade Pack
Live your best life! Customize the interior of your house with 5 fabulous designs! You will also be able to upgrade your hoe, watering can, hammer, axe, and fishing rod an additional level, making growing crops, fishing, and mining easier and faster! This pack includes an additional level for all of your tools and five Different Interior Design Sets: Farm, Castle, Steampunk, Spaceship, and Starlight!
The Interior Design & Tool Upgrade Pack launches on March 2 for $2.99.

About Harvest Moon: One World:

A New Harvest Moon with Global Appeal! Take a trip around the world in the latest entry in the long-running Harvest Moon series! You’ll ride camels across the deserts of Pastilla, venture deep into the snowy mountains of Salmiakki, and even visit a volcano near the cozy mountain town of Lebkuchen!

Can you imagine a world without cabbage, tomatoes, or even carrots? Believe it or not, that’s the world you’ll find yourself in at the beginning of Harvest Moon: One World, as the Harvest Goddess, the queen of crops herself, has vanished…

However, before the Harvest Goddess disappeared from this world, she imbued the tiny Harvest Wisps with the knowledge of various seeds, thus ensuring the various fruits and vegetables of the world would not be lost. Using the power given to these Harvest Wisps, you’ll unlock various seeds as you progress through the game! But the Harvest Wisps can be tricky to find, as they all appear at different times and places. You’ll need to use your noggin to make sure you seek out as many of them as you can!

• Explore 5 unique and colorful areas: the sprawling grasslands of Calisson, the gorgeous beaches of Halo Halo, the searing desert heat of Pastilla, the cozy hills of Lebkuchen, and the snowy mountains of Salmiakki!
• Play as a boy or a girl and woo one of 5 handsome bachelors and 5 beautiful bachelorettes, each with their own unique personality and backstory!
• Raise and keep animals such as cows, sheep, goats, and even reindeer!
• Use your Expando-Farm to easily travel from one area to another!

Harvest Moon: One World releases for PlayStation 4 and Nintendo Switch on March 2nd for North and South America, March 5th for European countries. The game was announced for Xbox One, but a release date is still not available for that platform at this time. Stay tuned to RPGFan as we grow closer to the game’s release date!