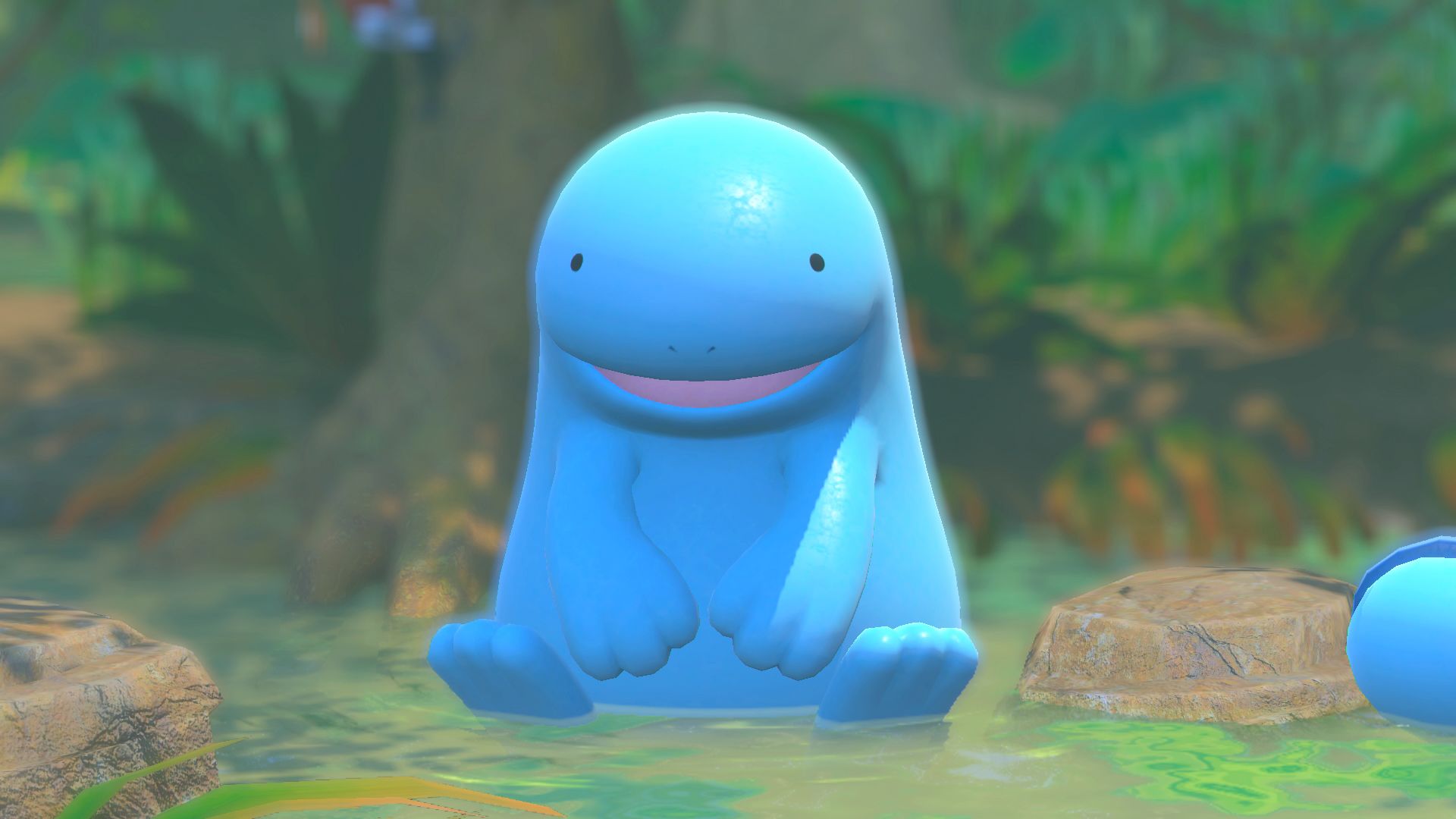 It’s cold again in North Carolina. We’re days away from May, and the brisk breeze is like the last vestige of winter in Westeros if winter in Westeros lasted beyond a single battle. That’s right, it’s been nearly two years and I’m still bitter about Game of Thrones‘ final season.

Wait a minute. This isn’t the right venue for me to air my HBO grievances at all. I should have my own blog for that. Except I never will because I prefer to stay positive 90% of the time, so the very thought of creating a complaint blog frightens me.

Do you know what is on-topic? Photography! I’m something of an amateur photographer these days, and by “something of an amateur photographer,” I mean I see pretty things and I take pictures of them. With a phone camera that is lackluster at best. While dreaming of being on some sort of safari with a high-quality device. As is so often the case, Nintendo has seen fit to make my dreams come true through the power of the Switch. New Pokémon Snap is here, sure to bring a smile to the Tiny Tims in us all.

There’s also an impactful port, a deep dive into the embers of hell, a game with a semicolon in its title, a gang of reptilian seraphs, and more. Let’s mosey.

Dare not confuse this with Chiaro and the Elixir of Life, a 2018 game with an entirely separate premise that I almost wrote about purely by accident before realizing that Elixir of Life has no cute robot named Boka. A shame though that may be, it does not exclude this week’s elixir from the potential to purify our souls. This game features farming, friendship, cooking, and that all-important modern RPG feature known as fishing. But whereas Stardew Valley is content to send you mining at your leisure, Elixir of Life pumps the gas by insisting that an ancient evil must needs be defeated lest the world be destroyed in its wake. It’s probably for the best, then, that you’ll have multiple party members and a multitude of available classes to get the job done. I’m going to envision this escapade as if Stardew Valley‘s Wizard got real and said “look, we Final Fantasy now” until Elixir of Life tells me otherwise.

With respect, Ms. Clayton, there will only ever be one Celica in my heart. But hey, that’s okay! This isn’t about me. This is about Death end re;Quest, originally released for PS4 and PC two years back and coming to Switch this week! We’ve talked about Death end re;Quest before; in fact, we’ve even reviewed it. Is it worth picking up if you’ve not yet dabbled in its brand of mayhem? Probably. Death end re;Quest touts a compelling story that gets better and better as the game goes on, and I do so love when it’s not the other way around. At its heart, this is a turn-based RPG the likes of which you’ll have seen from developers Compile Heart and Idea Factory in the past. Yet it’s also bursting with visual novel elements that thoroughly engage. All previously-released DLC is available for the low, low cost of absolutely free on Switch, and I can think of few new games (or ports, in this case) I’d rather cozy up in bed and play than this one. Despite some bland and uninspired dungeon design, reviewer Nathan Lee had this to say: “Death end re;Quest’s haunting atmosphere pairs up well with the dread-inducing story, making for a worthy experience.” You can grab it from the Nintendo eShop this Tuesday. By the way, there’s also a sequel on PS4 and Steam, which gave Des Miller anxiety. (But in a good way.)

In the words of Audra Bowling, Genshin Impact is “basically an anime RPG.” It’s gorgeous, it’s got a great soundtrack, and there’s a lot going for its gameplay mechanics. It’s also quite grindy, chock full of gacha fare, and vast swaths of its world look like they’re straight out of a certain Legend of Zelda. (I’m not even going to “Link” which one. You either see it or you don’t; if you do, you’ll never not see it, and if you don’t, well, at least I made a lame Link pun within the bounds of these parentheses.) This is a game with a story that is serviceable though hardly revolutionary but an admirably wide scope and a ton of much-appreciated polish. The world of Teyvat is a big place brimming with life, which is another way of saying that those of us lucky enough to have snagged a PlayStation 5 can enjoy the zippy load times and improved visuals that will truly allow the locales to shine. On PS4 — and surely on Switch and mobile platforms — there are frequent aliasing issues and the sense that Genshin Impact is punching above its hardware’s weight, so fans should have a blast seeing what it’s like when publisher miHoYo meets its technological match.

Angels with Scaly Wings is a 2017 PC visual novel from a developer named Radical Phi, which – if we’re being honest here – is a terrific name and I salute whoever came up with it. Check it: you’re an ambassador from the planet Earth who has been sent through a portal to a realm inhabited by sentient and downright approachable dragons. In many visual novels, the setting is a town full of secrets and the cast is comprised of the people who keep them. In Angels with Scaly Wings, all that rings true, except again, dragons. There’s a science fiction tinge to it all, with slice-of-life and dating sim portions that will — wait, dating sim? It’s the birds all over again, isn’t it? Well, I suppose there’s only one way to find out: let’s see what Dom Kim said in RPGFan’s review of the original release. “Angels with Scaly Wings succeeds in many areas where most visual novels do not, but its failure in the fundamentals of the genre keep it from being a great game.” Okay, but is it like the bird game? I’m going to keep telling myself that it is until I inevitably fork over the ten bucks to find out.

“Grid-based first-person dungeon crawler with survival elements. An old-school game for hardcore players.” That’s part of developer 68k Studios’ proverbial “back-of-the-box” quote for Inferno: Beyond the 7th Circle, and I’ve got to say, they really chose an appropriate title for something so rooted in pain. In Inferno, humans are an endangered species thanks to the hard-working genocide committed in kind by demonkind. Just finding food and water is a life-or-death struggle in a world ruled by bloodthirsty abominations. I’ve often found that grid-based games can invoke a unique sense of horror. There’s dread to be found in exploring a limited (and at times downright claustrophobic) map where monsters are hidden behind obstacles or, worse yet, they emerge from beyond the bounds mere tiles from where you’ve ventured. Toss in a setting as bleak as Inferno: Beyond the 7th Circle’s, and if the game’s quality is as strong as its premise, surely this will be good for some choice scares.

In the year 1999, there came a game so steeped in quality and so blatantly deserving of a sequel that for over 20 years, fans have wondered why Nintendo hadn’t done the obvious. It was Pokémon Snap, the three-dimensional Nintendo 64 spinoff of a certain set of popular role-playing Pocket Monster shenanigans. In Snap, players stepped into the shoes of Todd Snap, a photo-obsessed kid introduced in the 55th episode of the Pokémon anime who many felt was commercially shoehorned-in at the time. They weren’t wrong, of course, seeing as he was a walking, talking advertisement for Pokémon Snap, but to this day we’re all wondering why he hasn’t been seen since 2002. Is he, like, dead?

Pokémon Snap was a success. Kids the world over had a blast exploring the aptly-named Pokémon Island, even if “exploring” was limited to an on-rails experience. Snap was something of a rail-shooter, except (thank Arceus) instead of shooting Pokémon, you photographed them. There were fun and clever ways to see how the Pokémon would react to various stimuli, critical to replay value given that Pokémon Island, despite its name, is home to only 63 of the original 151 buggers.

Time passed. New consoles emerged. Graphics improved. With each successive generation, fans of Pokémon Snap would point out that “now is the obvious time for a sequel.” Nintendo being Nintendo, marching to its own drum as always, it wasn’t until this very week that such a thing has finally emerged. With New Pokémon Snap, there are over 200 titular creatures, each with numerous animations to snap and a bevy of ways to rowdy them up. In the Lental region, players will assume the identity of either a boy or a girl — neither of whom are Todd Snap, who has evidently been Thanos-snapped out of existence — and they’ll labor in service of Professor Mirror. The professor, whose name has nothing to do with a tree, is investigating the mysterious Illumina phenomenon that causes certain creatures to glow. This includes a giant Meganium and it’s honestly kind of terrifying?

New Pokémon Snap is upon us. Go forth and cover poor birds in the 21st-century hieroglyphics we call “emoji.” Or don’t. In fact, please don’t. What the hell did that poor Dodrio do to deserve this?

I kind of got carried away with that last one, didn’t I? In case it isn’t already patently apparent, I’m excited about it. I could have shortened things a bit by not mentioning Todd, but I had to mention Todd. If I didn’t, who would?

Much love to you all, and to all a goodnight!

Gary was here. Ash is a loser!