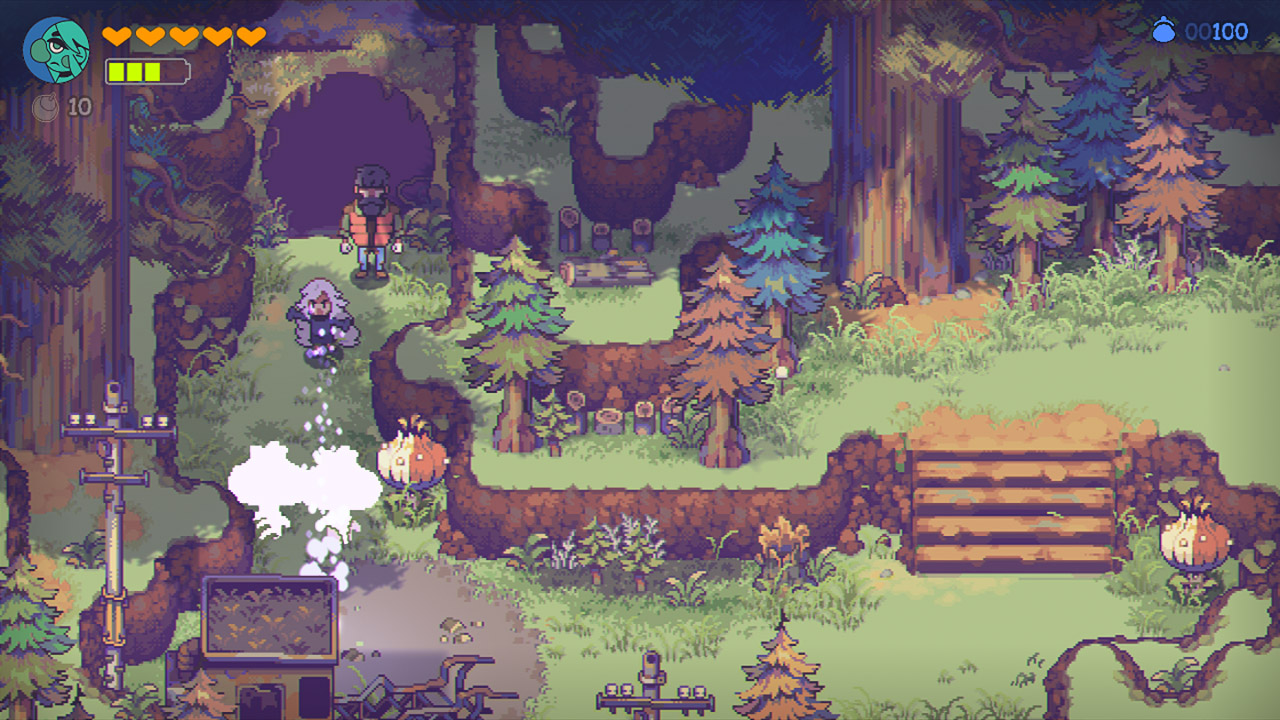 Recently, my roommate put an adorable Alolan Vulpix figurine atop a custom-painted Kirby Amiibo, and it’s all quite bonkers. But the custom-painted Kirby Amiibo is surrounded by no fewer than 15 other Amiibo, and aside from our adorable aforementioned Alolan Vulpix, there is not a non-Amiibo in sight. The question, then, becomes whether or not the arrival of the adorable, twice-aforementioned Alolan Vulpix is disruptive to the natural Amiibo habitat.

What’s that, I hear one of you say? “I’m not playing any games!” Are you searching for a new one? “Maybe!” Would you prefer an RPG? “Perhaps!” Will you stop being cryptic? “That’s up to you since you’re making up this entire conversation, Quinton!”

All right, you clever little fictional hypothetical reader. Just for you, here are seven new RPGs — you guessed it — coming this week.

Six months ago, Story of Seasons: Pioneers of Olive Town launched on the Nintendo Switch. Our very own Niki Fakhoori called it an upgrade in some ways, but a side-grade in others, issuing the latest game in the beloved formerly-known-as Harvest Moon series a decent 75. But there were people on Earth, people with PCs, who preferred to wait. “I’ll raise cattle when I can pioneer Olive Town from the comfort of my keyboard,” you said. “If publisher XSEED wants me to choose a video game spouse, they’d best do so where I can save 10% by pre-ordering before the game’s September 15th Steam debut.”

Folks, your fully customizable farmland will spring to the nearest computer monitor this week. These last days of summer will be sumptuous as such. So fall in love with your fellow pioneers, and uh… stay for the winter?

Wow, I can’t believe I pulled that off.

Reporting on last month’s Nintendo Indie World Showcase, Alana titled an article with the phrase “Eastward pulls into Switch Central Station as a Timed Console Exclusive on September 16.” No, really, she did. Switch Central Station. How am I supposed to compete with that? I can’t. It’s hilarious! I love it to pieces. So, I’m just going to steal it and none will be the wiser. (Editor’s Note: I can’t use the eyes emoji here, so use your imagination, readers.)

Eastward pulls into Switch Central Station this week. Are you excited? You ought to be. Chucklefish’s adventure game is really, really pretty. Who could decline a cross-country trip with a couple of good-natured blokes named John and Sam? That’s practically Sam and Dean, and that trip lasted 15 years. Did you know you can drive a Jeep in Eastward? I’ve never driven a Jeep in my entire life, and I’m in my thirties. Action-based puzzle-solving and witty one-liners shall soon collide.

Don’t just leave me hanging, Geoffrey Haggis! What about who? Or whom? Or what, or where? Francis? Fran Fine? The French Revolution? I can’t stand not knowing, so I guess I’d best play Gamedec, a single-player, cyberpunk, isometric RPG from developer Anshar Studios and publisher Anshar… Publishing. Well, they seem to have a tidy naming scheme going on there.

So, you’re a game detective. A detective of games, if you will. You’re crime-solving across virtual worlds. That’s, like, your schtick. Your cross to bear. It all sounds a bit Otherland to me. But I really liked Otherland and wish its gripping story had a better video game adaptation than a mixed reception MMO, so I’m all for it.

What do you think? Can a Level 18 Soniqo truly best a Level 37 Noocidal? That Noocidal’s got a blue “X” painted or stapled onto its face. That’s a sign of confidence if ever I have seen one.

I wonder if Nexomon will become popular enough to put its own spin on Smogon. Isn’t it strange that Nexomon: Extinction, the 2020 follow-up, was already available on consoles? It’s like PQube is saying, “Look, I know they’re already dead, but please erase that from your brain and enjoy these halcyon days.” (Disclaimer: They don’t all die in Extinction. I think?)

Nexomon is cute, right? I enjoy its art style, don’t you? It’s also got a rather sterling Steam reception. If you’ve devoured the sequel, or even if you haven’t, I dare say you can do far worse than this for a measly ten bucks.

Ni no Kuni II: Revenant Kingdom is one of those games that seems to have a mixed reception in the truest sense of the term. I’ve met people who have loved it. I’ve met people who abhor it. I won’t pretend I’ve played it; the first game has been on my backburner for as long as I can remember. But, I can say Caitlin belongs to the former camp!

What’s the deal with Prince’s Edition, then? Well, the game is finally coming to Switch some three years after its PS4 premiere, and developer Level-5 has politely ensured that Nintendo fans can enjoy it with all of its DLC built right into the box. That’s what makes it all princely. I’m sure Machiavelli would disagree, but then, that’s just one of my utterly irrelevant non sequiturs, so don’t lose sleep over it.

So you want to get into the Trails series… wait, that’s not right.

So you want to get into the Tales series… wait, that’s not right. Geez, wouldn’t it be exciting if we had something like that here on RPGFan now that Arise is out. A person can dream, I suppose…

Ahem. Anyway! So you want to get into the Tails series… well, here it is. Tails of Iron is narrated by Doug Cockle, the raspy fellow whose rasp was relished as Geralt of Rivia in The Witcher. And if you thought The Witcher games were violent, wait until you see this. A cornered rat is more dangerous than a jackal. Did I just make a Metal Gear Solid reference? You decide. Anyway, you’re Redgi, a Rat Prince struggling to reclaim his rightful Rat Throne. It’s all something of a rat-venant kingdom. And in this instance, the Prince’s Edition involves decapitation, dismemberment, and the likelihood of more game overs than I accrued during my efforts to best Wing Fortress Zone in Sonic the Hedgehog 2, which I’m told is a relatively easy level, but you’re all liars, I suck at it so badly.

TOEM sounds nifty; it’s a hand-drawn adventure game in monochrome that shoulders the burden of a special camera upon players as they traverse a 2.5-dimensional landscape. NPCs have 99 problems, and evidently, you can solve all 99 by taking photos. It reminds me of that Wind Waker side quest. You know the one. Or, if you don’t, I’m sure you can deduce that it involves taking photos.

I always wanted a full game like that, and I had no idea I wanted it in black and white. But that’s what video game genies like Something We Made do — they give us things we never even knew we needed. Also, the soundtrack is so chill. Like, so chill. Chill AF, except I won’t tell you what the “AF” stands for because that would be crass. Yeah, my descriptions are totally professional; no wonder I write stuff for a living.

But seriously, any “RPGs Coming This Week” worth its salt has at least one “whoa, what?” entry, and we always hope it’s the good sort of surprise. Here’s TOEM, and according to Bob, “The world needs more TOEM…”

For all of us Northern Hemisphere friends, summer is officially over next week. (If you’re a regular reader living in the Southern Hemisphere, I legit feel bad because it must be rough constantly reading about weather conditions that are the total opposite of your own, and so many gaming publications are up here.)

I’ll have to do something special next week to celebrate the arrival of fall. As it stands, I have exactly zero (0) ideas, but I’m sure I think of something. Either that, or I’ll forget I ever wrote this, and you can grill me in the comments. Just grill me gently because summer’s the time for charbroiled ownage, and with any luck, the sun won’t beat me down so ruthlessly with the turning of the seasons.

Oh, who am I kidding? It’s going to be a scorcher til at least October.