Atelier Sophie 2: The Alchemist of the Mysterious Dream Preview 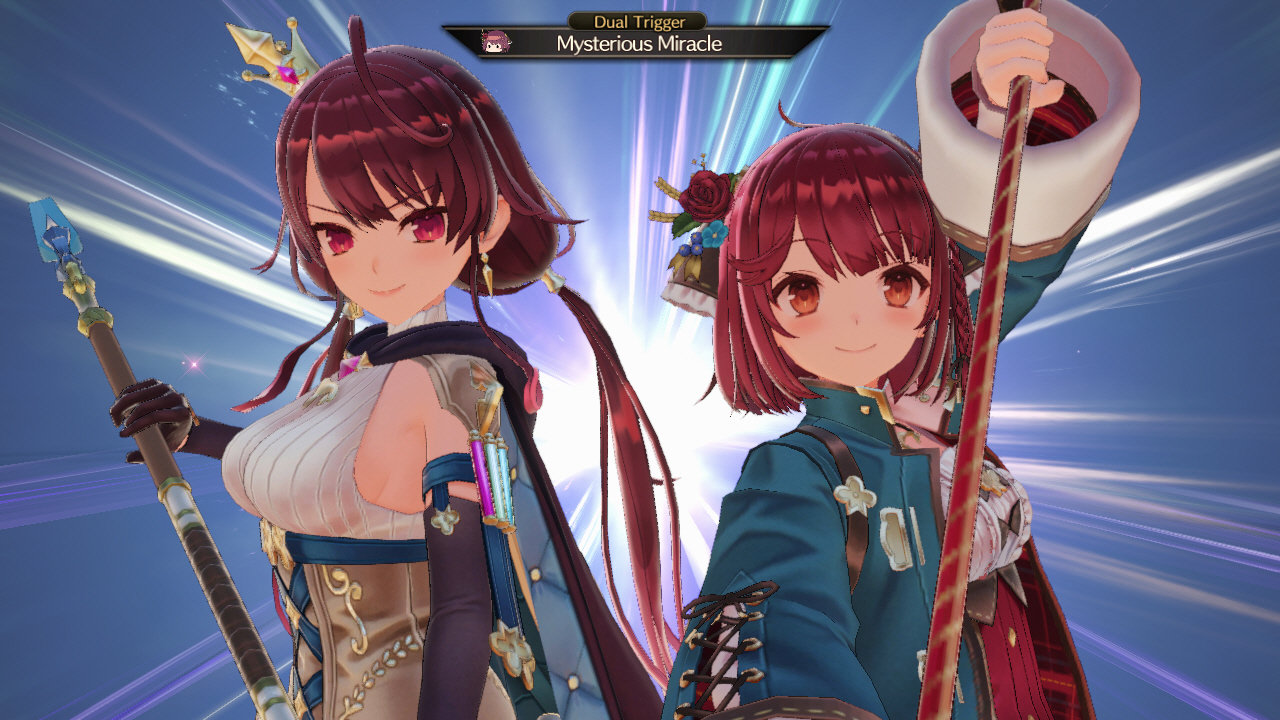 Atelier Sophie 2: The Alchemist of the Mysterious Dream‘s release is just around the corner, and you may recall its inclusion in our RPGFan’s 30 Most Anticipated Games of 2022. While we’ve had a number of trailers detailing characters, synthesis, and combat, there’s nothing better than a hands-on preview. We managed to get a look at the first few hours of Atelier Sophie 2, and while my time with it was fairly brief, I’ve come away impressed and eager to play more.

The first thing I noticed in the preview is just how much of a glow-up Atelier Sophie 2 is in comparison to both its predecessor (Atelier Sophie) and the latest Atelier game (Atelier Ryza 2). The presentation and visual design is a treat for the eyes. Character models share that same soft yet vibrant look seen in the Atelier Ryza games and the world is bright and colorful. While walking through the fields, forests, and the town, I couldn’t help but be reminded of Dragon Quest XI‘s strikingly bright visual style. It’s eye-catching and vibrant, giving the game a warm summer vibe.

Traversing these colorful environments feels very similar to Atelier Ryza 2. The maps are large and wide-open with varying elevation to them. Scattered across the map are myriad gathering points where the player will collect materials, yet there are some items that require specialized tools, such as nets for bugs, sickles for tall grass and flowers, rods for fishing, and so on. With each gathering node, a small window will pop up to show what can be collected from it. Much like Atelier Ryza 2, using different tools on the same gathering point can yield different materials. Players also have the choice to pick what material they want when using specialized tools, ensuring you can get exactly what you’re looking for.

These gathering tools have another new addition: mini-games. As seen in trailers, Sophie uses sickles, slingshots, pickaxes, and more in a variety of mini-games. While the trailers don’t specifically explain the significance or value of the mini-games, their function and importance is made clear once they’re unlocked. In my short time with the preview, I was only able to create the sickle, which is useful for cutting grass and flowers as mentioned before. When using the sickle on a tall glowing gathering point, the player can select the material on the list they’re looking for and then start the mini-game. The sickle’s is essentially a single roulette line that can assign elemental values, increase quality or quantity, increase links, or give some extra cash.

As the new mini-games directly affect the materials gathered, they can have a great impact on the items that are created via synthesis. The new alchemy system feels like an evolution of the entire Atelier Mysterious trilogy’s synthesis system. Materials will have different shapes, colors, and bonus links applied to them, all of which can be modified via gathering and the aforementioned mini-games. Players will then put the materials on the board, which has its own bonuses on it, to link materials and increase gauges on the side of the screen. Once enough of a material has been added, the trait or effect in question will be applied to the finished item.

While Atelier Ryza 1 and 2‘s synthesis systems were fun and creative in their own right, the Mysterious trilogy still has my favorite version. Anyone familiar with the Atelier Mysterious trilogy will be right at home with Atelier Sophie 2‘s synthesis system. The evolution feels just right, and the new bonuses and options ensure that crafting never feels boring. Another quality of life option brought over from the Atelier Ryza games is the addition of auto-adding materials. This generally automates crafting, though manually placing materials is encouraged due to all the bonuses you can get.

When you’re not in the atelier gathering materials, you’ll be exploring the world to gather materials both from gathering spots and from enemies. With Atelier Sophie 2, battles are initiated within about a second of hitting the enemy on the field. While the transition into combat is quick, the battles are still turn-based much like the rest of the Mysterious series. While the Atelier Ryza games have moved to a Real-Time / ATB hybrid, Atelier Sophie 2 remains true to the trilogy. The combat, so far, feels like an evolution of Atelier Lydie & Suelle‘s battle system.

The party is split into two teams: the Attack Team and Back-Up Team. Those in the frontline will be the Attack Team, dealing all the damage up front and taking the hits from enemies. The Back-Up Team acts as your support members who can jump in to defend, follow-up on attacks, or even partake in the new Twin Action System. Twin Actions allow two characters to act at the same time in a single turn. With this, the attacker hops out and the supporter jumps in to take their place after the Twin Action. This also reduces MP costs by 10, essentially making some skills completely free to use. While I wasn’t able to get to the full cast in the preview window, I’m hopeful we’ll see some exciting and chaotic combos.

As expected with any Gust game, the music is shaping up to be phenomenal. The tracks that play in the atelier are both soothing and encouraging while the town music is just as bright and bustling as the town itself. Exploring the world has a sense of whimsy and positivity to it, making every trek that much more fun and carefree. As usual, the battle tracks are where the energy really comes through. The use of guitar, flutes, violins, and accordions add an exciting flair as you toss bombs and deliver devastating blows to the foes before you.

With snappy turn-based combat, dazzling visuals, wonderful music, and a ton of new quality of life changes, Atelier Sophie 2 is an exciting follow-up to the original and a great evolution of the Mysterious series games. For fans of the Atelier series in general who either haven’t played Atelier Sophie (or haven’t played it in years), there’s a Story So Far intro that recaps the first game quite nicely. However, if you’d like to catch up, Gust recently released the DX versions of the Mysterious games. You can catch my review for Atelier Sophie: The Alchemist of the Mysterious Book DX as well as the follow-up games, Atelier Firis and Atelier Lydie & Suelle.

While I’ve only had a few hours with the game, my time with it only heightened my expectations and excitement for the full release. Atelier Sophie 2 is shaping up to be a strong entry in the Atelier franchise and likely the best game in the Mysterious series. Stay tuned for our full review as we get closer to the release date. Atelier Sophie 2: The Alchemist of the Mysterious Dreams will be launching February 25th, 2022 for PlayStation 4, Nintendo Switch, and Steam.