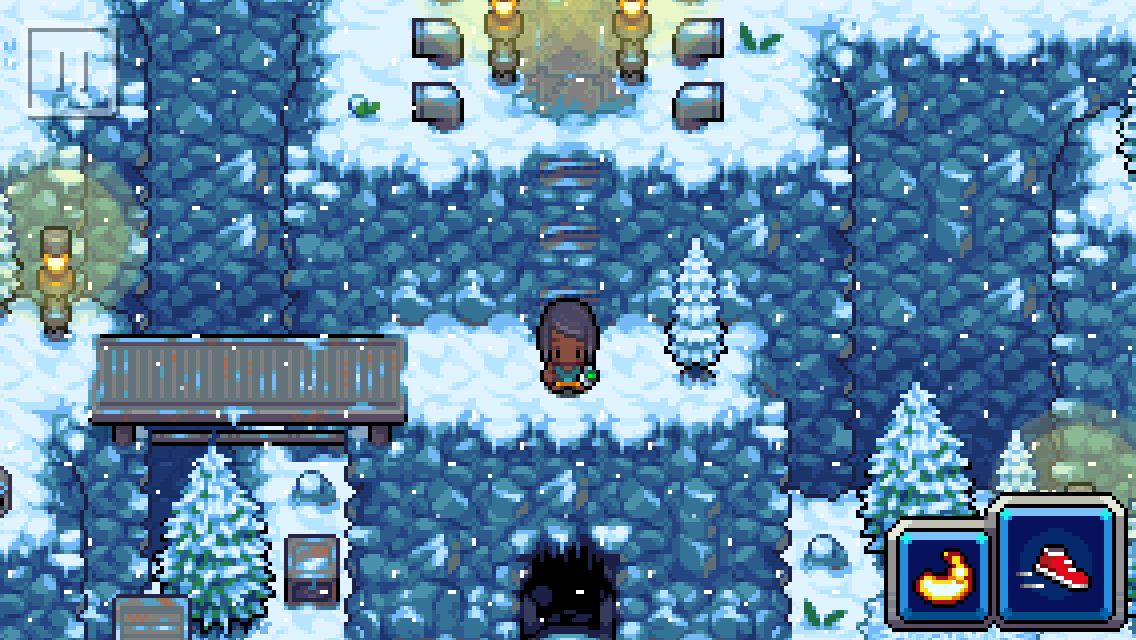 I’m like the worst anime fan in the world when it comes to keeping up with stuff. I’m so bad at it, I don’t understand, it’s like? What? Why? When I was growing up, adolescent turbulence doubtless played a role, but these days my brain insists on following suit despite a really rather stoic existence with ample time to watch TV.

Anyway, I told you that so you won’t laugh (as much) when I say that I just discovered Demon Slayer: Kimetsu no Kaiba. This show is so cool! I love its aesthetic so much. I love Nezuko! She kicks so much demon ass. I want to hug her. Does this poor girl still have a chance at a reasonable upbringing? Is it possible to adopt anime characters? I’m just kind of concerned; she’s going to get hurt out there traveling around inside a box?

Video games! We’ve got video games. RPGs, to be particular. It’s not the biggest week of the year, but it’s not the smallest. It’s not quite at the hypothetical center, but it’s maybe closer to that than the lowest point? Look, math was never my strong suit. I don’t even know where I’m going with this paragraph, let’s just move on to the RPGs coming this week.

I haven’t played Lost Judgment yet, which is, I know, a great way to open this one, but my point is that there’s not a ton I can say by way of introduction to the post-release content for a game I’ve not yet played. If you’ve been living under a rock, I can at least say this much: the game is, supposedly, really great (proof: Caitlin’s glowing review)! You should play it. In fact, play it, get back to me, we’ll do lunch.

What I understand about The Kaito Files, and I’m purposefully not looking much up for fear of spoilers, is that you play this titular muscular Kaito guy, he works at the Yagami Detective Agency alongside the main character, he’s got some stuff going on, and you should help him, he seems like a lovely guy! If you want to know more, Tom’s got you covered.

I’ll bet I dramatically undersold this Abermore game. Or sold it incorrectly, in any case. Your goal is to build up your inventory through various mini-heists on your way to a major one 18 days later. The player assumes the identity of “The Unhanged Man,” which is a mood. Is he glad to be unhanged? I would be. People die when they’re killed.

These days, I only have time to contribute here at RPGFan by way of this column you happen to be reading right now, but I used to be on the news crew! Fantastic people, those news writers, 10/10, strongly recommend. Anyway, as part of my former responsibilities here I had the honor of checking out a preview build of Coromon last June. It was a lot of fun! Suffice it to say, I’ve been waiting for this launch ever since.

Coromon, at least the in-development version I played, feels like more than just Pokémon – and that’s not to say that feeling like Pokémon is a bad thing, of course – but there are aspects that would be right at home in a Zelda game instead. Puzzles, puzzles, puzzles! Delightful puzzles, and arrows shooting at you in temples, I mean, you can’t just count on your titular Coromon here. You’ve got to be looking after yourself as well.

I can’t believe I’ve used the word “titular” twice in one article. This kind of stuff only happens when I write these after midnight.

10:10pm ET Update: In a statement on the game’s Twitter, Coromon‘s developers have had to delay the Switch release at the last minute due to problems with online and cross-platform features. The Steam version is still launching this week as intended, however.

I mentioned Dishonored earlier, but I had completely forgotten that Weird West is from its creators! Devolver Digital scored a win nabbing publishing rights for this “Wild West by way of dark fantasy” adventure sim. I love the premise; you play as different characters in their own chapters before a massive final chapter puts them all together. Very Dragon Quest IV! But here’s the kicker: the game alters stuff accordingly depending on the order in which you tackle it.

The whole thing screams potential, so I’m excited to see how it shakes out.

Ports? Yes, including something super-cool from a historical point of view! Check it out, I think this is dope.

Many of us tend to think of Baldur’s Gate as the inception of d20-based RPGs, but then, that just shows our age. Long before BioWare hopped onto the scene, dozens of rad oldest-school WRPGs were released using the Advanced Dungeons & Dragons ruleset. Dropping so many of them on Steam this week makes this a very special time for fans of retro gaming, indeed.

Excuse me, what? How did I miss this news until now? I have wanted to play Crusader Kings III for so long, but I still lack the sort of PC that I’ll need in order to give it the love and care it so richly deserves. I don’t know how well this will work on Xbox, but I sure will find out very soon! It’s included in Game Pass, too, so you know, woo!

Spike Chunsoft’s 2019 action RPG makes the jump to handheld! Will you enjoy Crystar more than our dear Zach Wilkerson? Who’s to say? You’ll have to play!

Shattered is very much a Souls-like, so if you’re itching for even more after combing the world of Elden Ring, do note! The wonderful John Tucker penned a review of the original (Windows) version for your reading pleasure.

I want you all to know I’ve been listening to InuYasha OPs and EDs the entire time I’ve been writing this. I sang along. Often. Loudly. And with all the passionate angst I could muster. Thank goodness my roommates are vacationing three states away right now.

Y’all have a wonderful week!