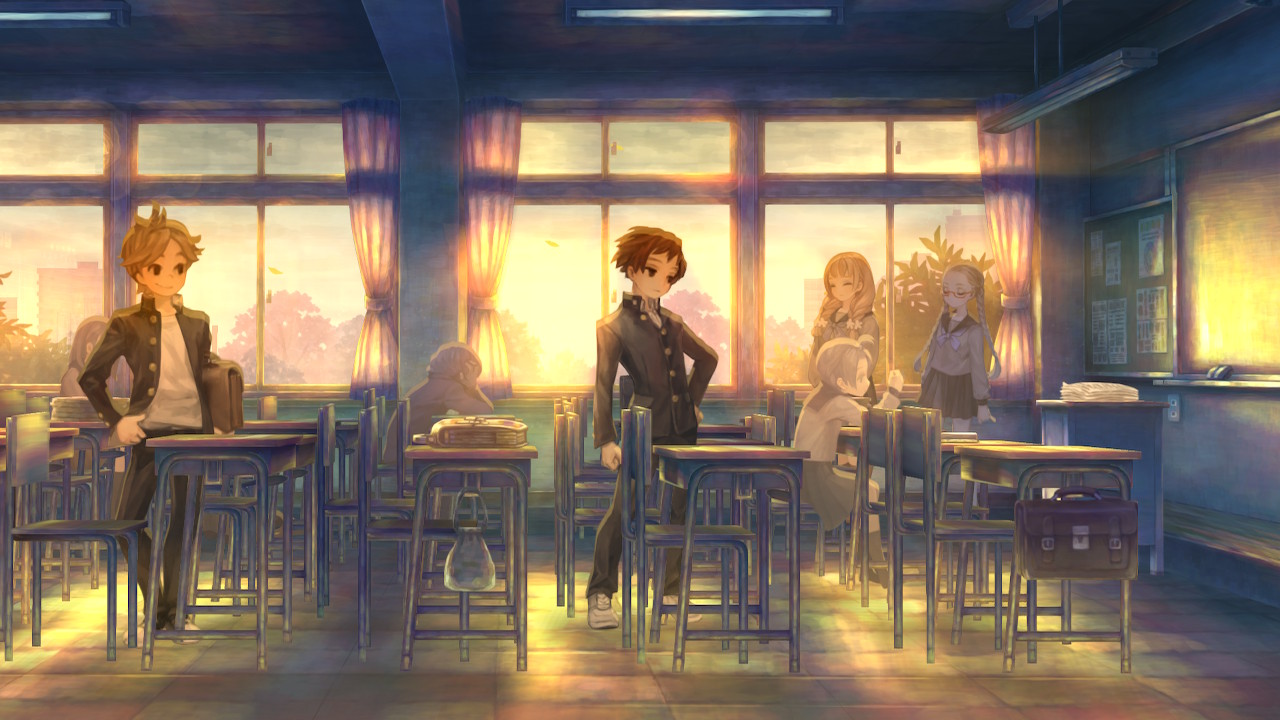 So, I got some really great answers to last week’s question about the most niche RPG y’all have ever played. There’s this game called Princess Tomato in the Salad Kingdom, right? It’s for NES. Did you know that? I did not. I’m spreading this important information to benefit future generations.

In other news, I witnessed the strangest thing ever to happen to Star Trek fandom this weekend. Paramount unveiled Spock’s first name for the first time in franchise history last Friday, only to rescind it the next day, saying they would reveal his first name at a later date, but “sometimes when you work at warp speed, mistakes are made.”

How do you mistakenly tell me the man’s name is S’chn T’Gai? This ain’t no 1998 Seiken Densetsu 3 fan translation, fam! I guess the only logical explanation (ha) is that someone showed off a tentative first name (and the same thing happened this weekend with a lesser-known but important character named M’Benga). But like, imagine if George Lucas said Sheev one week and Sheeb the next? Wookieepedia would weep.

Anyway, here are some RPGs coming this week.

Yes, Atlus bringing 13 Sentinels: Aegis Rim to Nintendo Switch should generally mean it falls under the “ports” section below, but the game is a big enough deal that we’re highlighting it here. Not only did Vanillaware’s latest make a multitude of appearances in our Games of the Year 2020 feature, but the irrefutably brilliant Cory Tischbein recently reviewed the highly-anticipated Switch version of this groundbreaking game, this spellbinding Atlus RPG, this video game I still haven’t played.

Good lord, when will I play it? I should fix that this summer, but anyway, I bet it’ll be great on Switch; Cory said so himself!

The worst thing about traveling through the wilderness after a hard day adventuring is that you will always run the risk of being kidnapped by evil-doers and brought to a terrible, seven-dimension dungeon where you shall presumably rot for eternity.

It’s not a risk I’ve yet taken, but I’ve hopefully got a few more decades in the tank. We’ll see what tomorrow brings. Alternatively, I could play Escape from Deathmark Dungeon and pretend it’s happening to me for real, thus crossing that one off the old bucket list. In Escape from Deathmark Dungeon, you’ve been given a rare chance to escape from the eponymous dungeon. I bet you never would have guessed that! This is a semi-roguelike, so expect steep but not overly harsh penalties for messing up and lots of chances to mess up along the way.

You’re going to notice, right this moment, that this is a pretty good week for PC players who love visual novels. We’ll start this showcase with Athanasy, a game in which our planet’s done and dusted, and humanity’s last refuge is underground in a massive and mysterious complex. In other words, developer Wirion is probably predicting the future here, and that’s just depressing, so I’ll finish this sentence now.

The creators call Athanasy “a dark and frightening science fiction story based on real study,” and, you know what? I’m already into this. Read this next one. Read this next one. “Some of the author’s ideas were censored as to be found too dark and cruel… but most of them remained.” This is some writing right here; holy Hannah, I’m scared and terribly curious. I might not make it back alive.

Suhoshin is next on the visual novel list this week, and it’s set during Korea’s medieval Joseon period. The mere fact that we’re getting a lovely-looking game in an era of Korean history that, well, frankly, many Westerners haven’t even heard of is pretty dang epic. Doubly so because the Joseon period is actually a huge deal, and I hope developer No More 500 does a great job teaching folks worldwide about why it’s worth studying.

As for the plot hook, you play the role of Yuri, a young man who’s recently returned to his hometown only to find that folks are suddenly being murdered one after the other. Yuri does what any self-respecting protagonist would do and investigates the situation instead of running far, far away. So let’s join Yuri in dictating the fate of everyone he’s ever known and loved.

The strangest thing about three PC-only visual novels in a row this week is that they each come out exactly one day apart. This means we could feasibly play through one a day. Bunker 2322 tasks players with figuring out what happened to the heroine’s family as they traverse what publisher Studio2760 calls “a deserted world.” Hmm, do you suppose they’re from underground? But we literally just went over this; Athanasy says the world is dead. Stop, don’t go out there!

On the other hand, Bunker 2322 is only entering Early Access, and I’m legit uncertain if it would be particularly fulfilling to play an incomplete visual novel. So, maybe wait? Or at least let me know how that goes.

You could defend the rook. You might try to save the world. Your Aegis Rim will falter. The Crown of the Magister sees all. Road 96 takes no prisoners.

Man, even I don’t know what I’m writing right now. Just… read on.

Do you like tower defense games? Perk your head up slightly. Do you also like roguelikes? Come on, tilt your skull a little toward me now. Do you care for tactical combat? Give me your full attention. And do you appreciate board game-like rulesets? Then I can officially recommend you stand up and grab your Switch for Defend the Rook is coming to a Switch near you after a year on PC.

From the makers of Guacamelee! comes a critically acclaimed new RPG about a hero who can transform into a slug, a ghost, or even a dragon. The irreplaceable Abraham Koblyanski reviewed Nobody Saves the World back in January when it was still exclusive to Xbox consoles and PC. He liked it a lot. Go play it.

Get your kicks with Road 96, a story that takes place in ’96 with a twist: the whole thing’s different every time you start from the beginning. The game has a road trip vibe, and while it’s set in a fictional nation ruled by a brutal regime, you’ll see peak Americana like long routes through deserts and truck stops with arcades. Story-driven and absolutely 90s, I feel like I’m nine again, and suddenly I want to climb a tree or something. Bob Richardson thought it was a hit last year. Now you can play it on whatever console you want.

Do you happen to remember seven sentences ago when I told you that Abraham Koblyanski has a review for Nobody Saves the World? Well, this guy, let me tell you. He’s got one for Solasta: Crown of the Magister as well, the cheeky lad. If you’re in the mood for more dark fantasy wizardry, the game’s “Lost Valley” DLC is here to deliver.

There have been some valid complaints about the frame rate in Chrono Cross: The Radical Dreamers Edition, but dang. I am having an absolute blast revisiting a cult classic Square game for the first time in I-don’t-know-how-many-years. Are you thinking of picking it up? I hope it does well. I hope Square Enix goes ahead and revives Chrono, as they’ve done for SaGa and Mana (albeit with the results still pending). I Want To Believe.

Then again, quoting The X-Files is maybe not a good luck charm. That show has now successfully screwed up a series finale not once, but twice. That takes talent. The wrong kind of talent for a resurrected Chrono Break, but talent nonetheless.

Oh my god. I not only just linked you all to Chrono Compendium, I even did so with a real purpose. What year is this?